I promised to tell the truth in my food reviews so here is the cold hard truth.  Brace yourselves.

I walked into Roadkill Bar this afternoon after hearing lots about Wade the Gringo’s burgers. 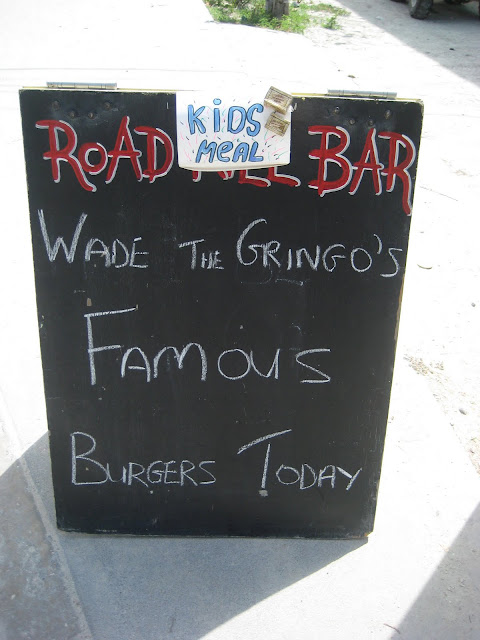 This week they are serving all day Friday and Saturday.  They do a Quarter Pounder and a “Big Mac”.
I expected to hate them.  $8bzd?  (Fries are $4 extra).  That is too cheap to be good.  I know how much meat costs down here.  Plus, who could compete with the angelic Big Mac?  In my mind, the paragon of fast food.  The most delectable treat on the planet.  It un-duplicatable. If someone brings one back from Chetumal, MX (always cold and congealed), I will devour it like a dingo would a baby. 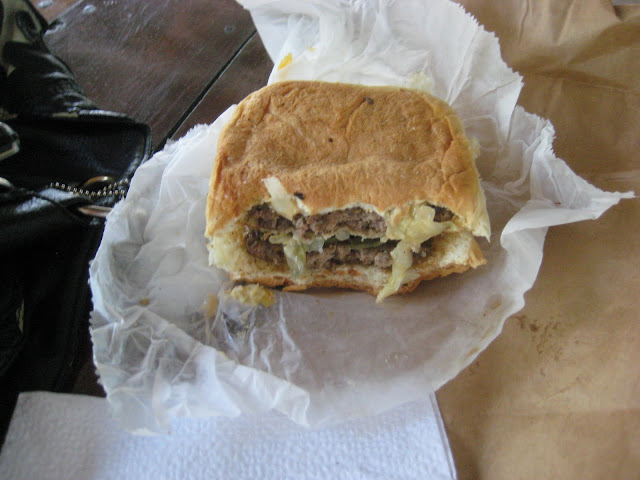 But hold up…let’s take a step back.  Roadkill Bar is a small outside bar virtually clinging to the side of Barefoot Iguana (Closed for at least 4 years, apparently this was THE SPOT in its heyday.  They used to have shirtless bartenders wearing only bow-ties, coordinated staff dance shows and foam parties!).  Now it just looks like a strange, huge, empty, green paper mache-ed structure across the street from Crazy Canucks. 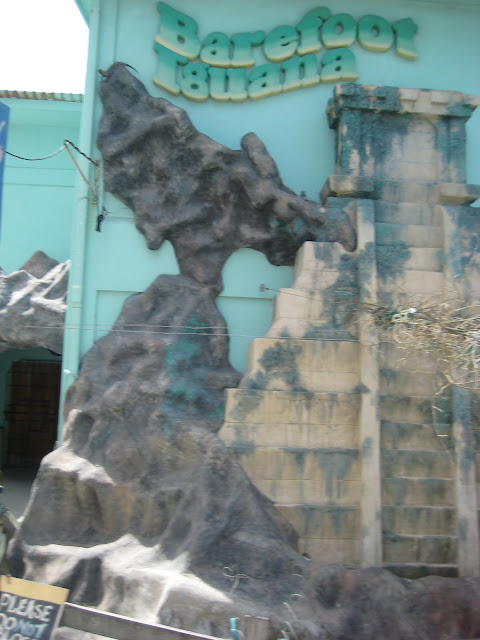 Roadkill, on the outside, is a well known bar with a very popular Wednesday night karaoke. 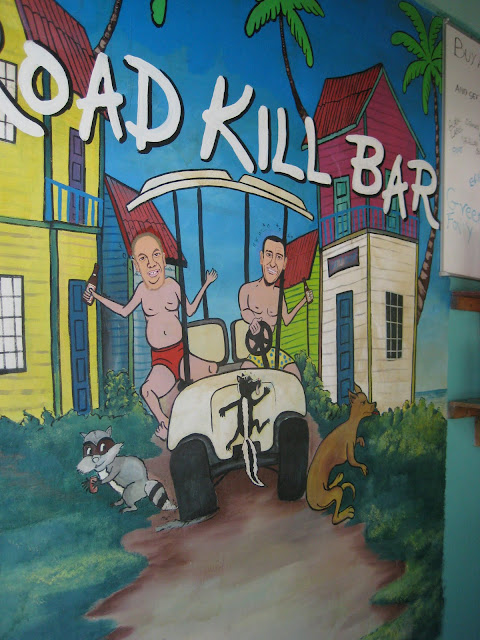 Owners Matt & Robbie…really, is that what you really think you look like?

I ordered a Big Mac, no fries.  It was delivered to me in a few minutes with Heinz ketchup packets (wow…we have those in SP?) and in a paper bag (a refreshing change from the stryofoam you see everywhere).  It was huge, super filling and honestly, delish.  I kid you not.

John Harvey (aka Brother Harvey) was biking past while I was eating and I offered to buy him lunch too.  He is a rare and almost extinct breed.  THE MAN HAS NEVER EATEN MCDONALDS! But, he is an excellent cook and he was impressed as well. 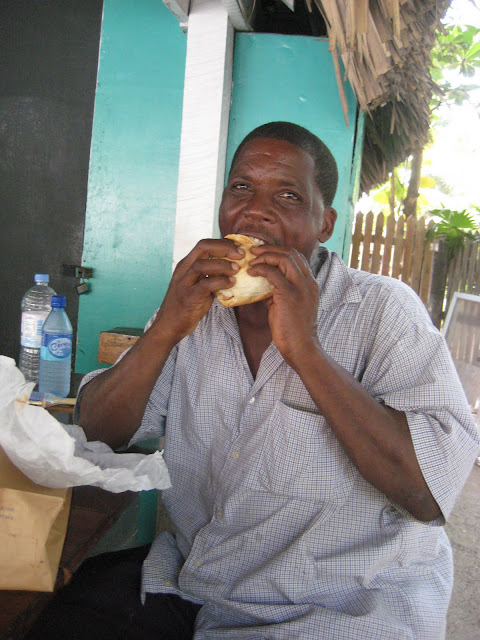 Good work Wade the Gringo.  You can even get a Happy Meal with a prize for the kiddies. 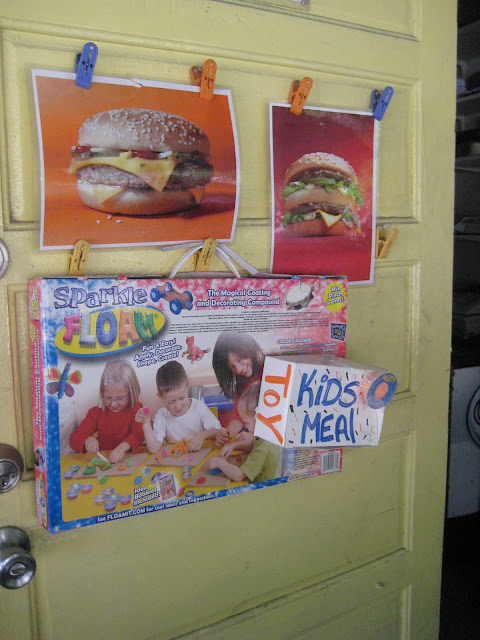 Roadkill has a facebook page so you can get more info about the next time these lil jewels are being served. 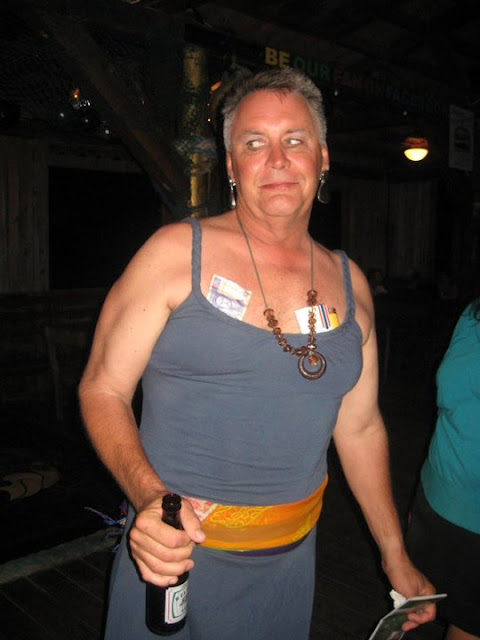 And sorry Wade, if you dress like this for Carnival, the picture may be used again and again.