Belikin is the #1 beer in Belize BY FAR.  According to Wikipedia, the brand was founded in the late 60s/early 70s with the tagline “The Only Beer Worth Drinking”.  (I’m actually surprised how little historical information there is on the internet since it is such a huge brand here in Belize.  The best information I could find was this article:  http://www.belizefirst.com/SirBarryBowenandHisPlaceinModernBelizeHistory.htm which was published shortly after Sir Barry’s recent passing).

Just recently, we’ve been getting beer from Heinekin and Red Stripe and a few other Caribbean distributors.  But in many instances, Belikin can be your only choice.

I stop by the Belikin distributors a few times a month to pick up coasters but thought I’d take a few pictures this time while dodging the forklift that kept whizzing by. 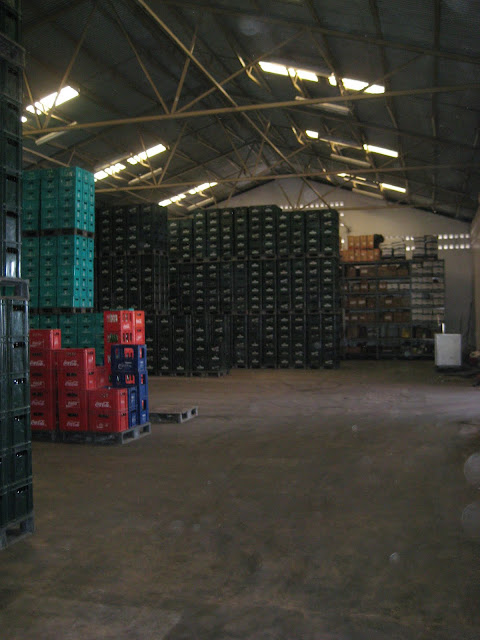 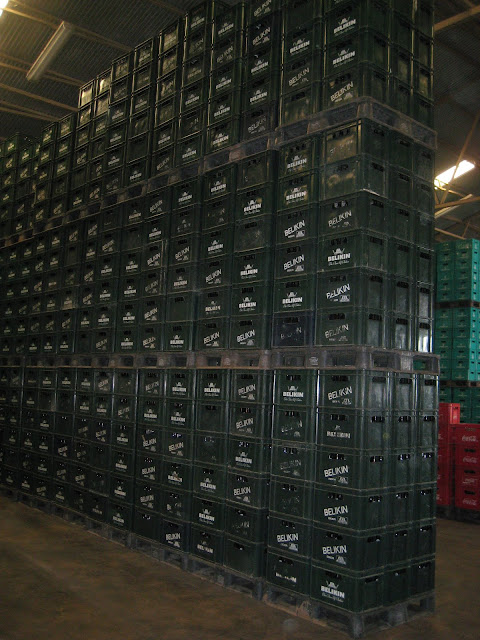 For those of you who have never been here, beer, soda and water is delivered throughout the whole island by tractor.  (And also used to deliver us free beers during the Sept. 21st independence day parade).

Everyone misses you Barry. 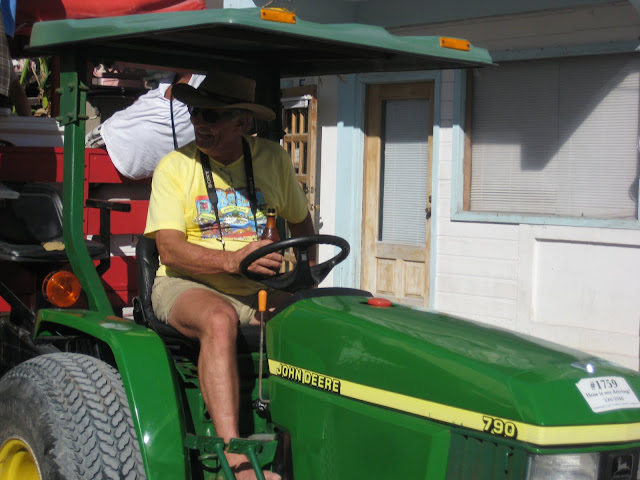 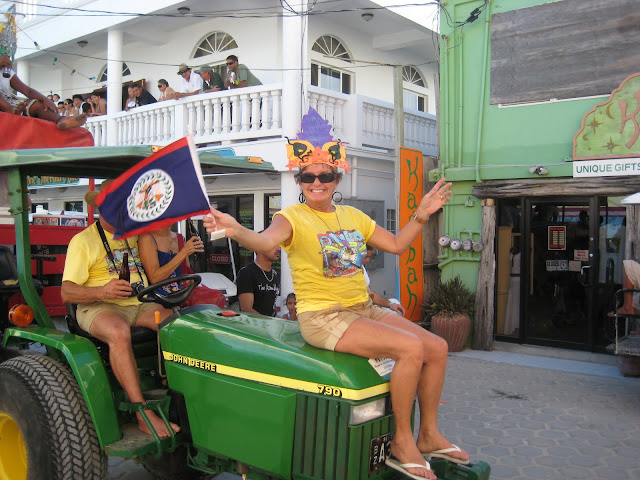 As you can see, it’s a serious beer operation. Everyone working there is extremely busy making sure we all have a beer in our hand. Congratulations San Pedro!  You can really throw them back!  Plus, I always liked the logos painted on the side. 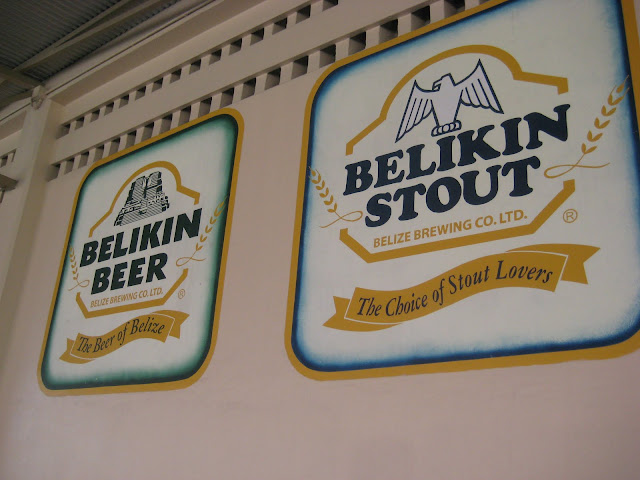 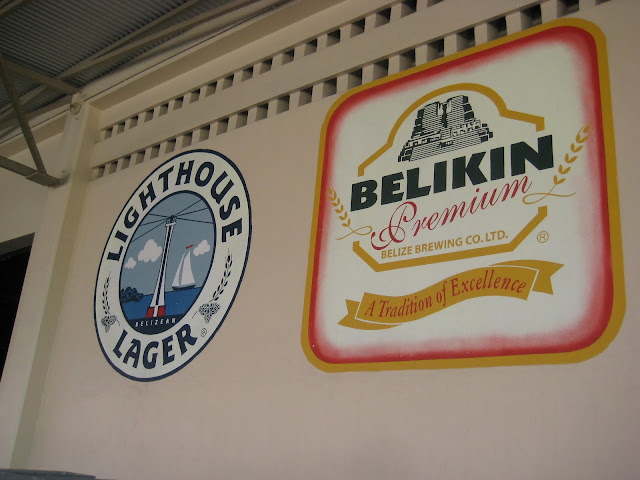 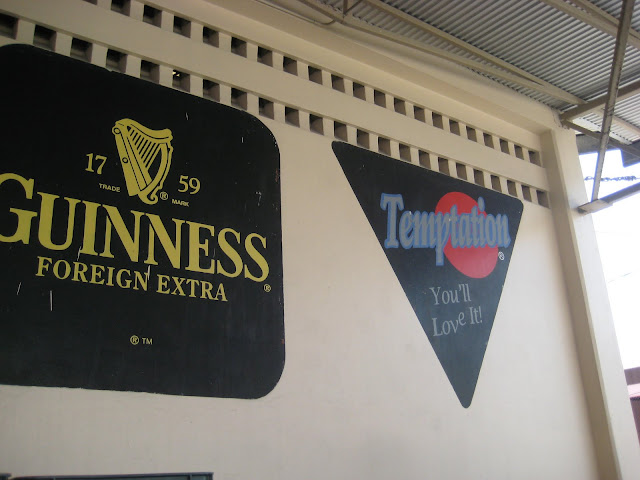 And I have wondered…what is Temptation?  The sign promised that I will LOVE IT!  But I’ve never seen it for sale.  The guy who works at the front desk says it is a now defunct grapefruit/rum product.  Maybe like a wine cooler?  Has anyone ever tried it?

Bonus, they’ve got cute stuff for sale.  Good souvenirs.  Stop in…it’s right across the street from the Island Supermarket and Island Academy.  You can’t miss it.  Just ask anyone outside to show you the office. 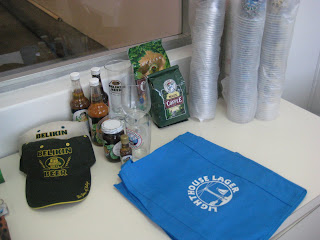 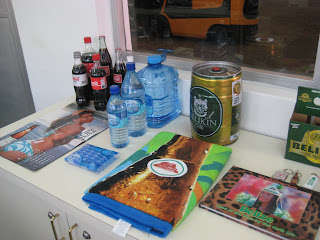 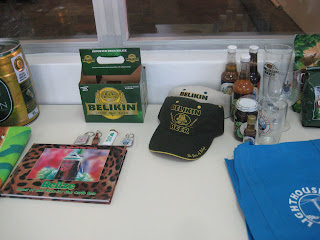 I’ve been trying to talk them into make a little kegerator for the mini-keg/giant beer can (seen in the second picture).  That would be fun to order at a bar for a crowd…or just if you were just home alone for the day feeling super thirsty.

The have good t-shirts, glasses of all sizes, coffee, good sauces, hats, bags…all at the lowest price for Belikin ware.  I mean really…Belikin towels?  I think you just cut your Christmas list in half. 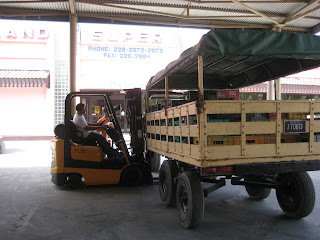 1 thought on “Let’s Peek Inside The Belikin Distributor”