Home » Belize Travel Blog » Moving To Belize » How I Got My Residency – An Expat’s Move, The End (For Now)

So…I had my work permit, was managing a popular bar/restaurant in town.  Time to become permanent.  $2000bzd a year for a work permit is a big expense and getting permanent resident is a life-long work permit, a one time expense.  But applying for permanent residency in Belize is more of a waiting game than anything else.  There are a bunch of options when it comes to staying in Belize, but only one if you need to work.

– You can get your passport stamped every 30 days for 30-day visas.  It cost $50bzd a month and you are unable to work in any capacity with this stamp.  You can basically do this forever.  There is a time limit…but you can just pop over to Mexico for a day or two and come right back.  I know people that have been doing this for years.

– QRP or Qualified Retiree Program.  You cannot work with this permit.  You or your spouse must be 45 or older and must prove.that you have $2000usd a month in income.  (There is a TON of information around the Internet if you are considering this option).

or – Application for Permanent Residency.  You need to have lived in Belize for a full year without leaving the country for more than 14 days during that year.

I went for #3 after being in Belize for a solid year.   I made sure to only go to the US for 10 days for a family visit during that period just in case…

There were a bunch of steps to go through…papers and photo copies to be compiled…but it was mostly busy work.

Just before my year anniversary, I went to the police department to file for my police report.  It didn’t cost much…maybe $25bzd…but I needed a full photocopy of my passport and my work permit.  I also needed 3 passport size photos. (Make extras of all of these…you will need them through this process.)  The police department promised me results in 3 months.  I also needed an interview with the police.  This involved one question:  What is your address?  Supposedly, they were going to visit to check if I really lived there.  No one ever checked.  Clearly the San Pedro police force took one look at me and knew I would be an asset to the community.  (Note:  I suggest you apply for this a few months before you plan to submit you residency papers.  That way you are not waiting around for the results and can get things moving!)

I needed a certification/physical with a local doctor.  There was nothing to it…mostly my weight, blood pressure and the results of an AIDs test.   In fact, the doctor did a visual Tuberculosis test, rectal exam and genito-urinary scan.   I didn’t even have to take my clothes off.  Impressive.  This costs me about $200bzd with a more expensive private doctor.  You can probably get it done MUCH cheaper at the Polyclinic in San Pedro.

I needed a bank statement from my bank at home.  I just printed it out from my on-line account. (I’m not even sure they looked at this since I had my work permit.  But it is something that they asked for).

I needed a letter from the Commissioner of Income Tax saying that I had no taxes due.  (He only looked up my name to see if I had any outstanding debts…not if I was registered or should be paying them but wasn’t.)

Make a few photo copies of EVERYTHING.  When you see the filing system in Belmopan (a huge room containing 6 foot high stacks of folders), you realize how easily your stuff could get misplaced.

With all of that, I filled out my Application for Permanent Residence.  3 pages with job history, school history and some other basic information.   Submitted at the end of August 2008.  Got the critical receipt with your Application Number (DO NOT LOSE!).  I was told to wait a few months to hear back.

In January 2009, I was called to Belmopan for my interview.  I guess to see if I was presentable. (Again…quality like me shines for all to see.)  It was easy.  After waiting in the office for about an hour with some Mennonites (not so chatty) and some Lebanese (we became best friends), I met with an officer and was asked some basic questions.  How long had I been in Belize?  Where do I work?  (I guess they were trying to catch me in a lie.)  What do I like about Belize?  Was I part of any clubs or organizations?  No tough questions like:  Who was the first Prime Minister of Belize or can you sing the national anthem?  I was in Belmopan for about an hour and a half and right back on the bus to Belize City.

I was hoping for quick turnaround.  I had heard the whole process takes 6 months to a year MAX.  Plus, my work permit expired in August of 2009.  Wouldn’t it be nice to just pay for my residence ($2000bzd) and not have to renew my work permit ($2000bzd) ever again?

After about 2 months, I started calling.  Make sure to have your application number for each call and write down who you talked to.  There were lots of excuses…elections, holidays…

Ha.  How foolish of me.  They were waiting for a reason.  I got the call from Belmopan Immigration at the beginning of August telling me that I would have to renew the work permit and then would be given residency.  That was all they were waiting for.  So they wanted the double payment.  I didn’t really have a choice.  I went to Belmopan to renew the work permit (I renewed for the minimum they would allow…6 months….$1000bzd).  Went home and got a call the very next week saying my residency was approved.  (Another $2000bzd).

Back to Belmopan with a form filled out by a Belizean citizen friend (a surety bond saying that they would pay for me if I ever got deported).  That bond needed a signature and a copy of their Belize passport and/or documentation.  $2000bzd handed over to the cashier (ugh) and that was it.  A stamp in my passport and I’m a BELIZEAN RESIDENT!

I went about things the legal way, by the book.  I’ve heard of expensive expediters in the process (like in all places, Belize in particular, money talks) and I’ve also heard of people losing a good deal of money working with less than reputable people in that business.  Everyone professes to knowing someone in immigration that can help you out.  I decided just to take it slowly (and as cheaply as possible).

After becoming a permanent resident and living in Belize for 5 years, you can apply for citizenship.  Pretty much the same process.  Why bother get dual citizenship you ask?  Well…you can vote.  And I would LOVE to do that.  Belizean citizens are guaranteed free land (or at least this is what I hear).  I’m guessing it will be in the middle of no where, needs lots of work, that you, new citizen, will be VERY LOW on the list and I know that you have to pay fees and taxes to obtain it.    You also need to build on it within an allotted period of time.

So I’m not sure if I will apply for citizenship…but I’ll certainly let you know.

Here are just a few of the excellent holidays and events you get to experience when you live in Belize full-time.

Carnival (the week leading up to Ash Wednesday…involves throwing paint, men dressing as women, a bunch of parades and drinking) 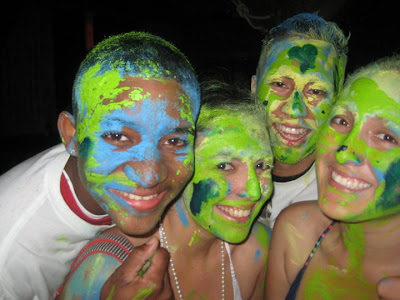 Mid June, LobsterFest – a week of parties culminating in a huge block party 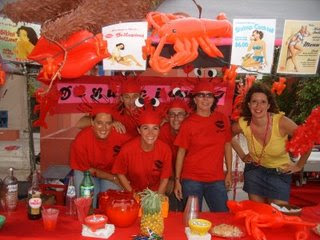 Hurricane Season – I have been relatively lucky so far…there have been some bad storms but no MAJOR damaged (worst time is August and September).  This guy whose boat grounded during a storm a few years ago might not agree. 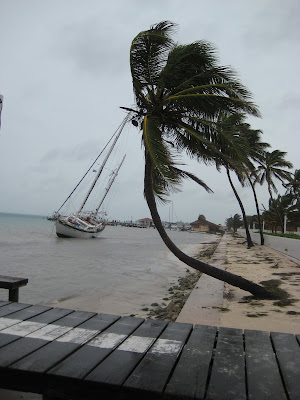 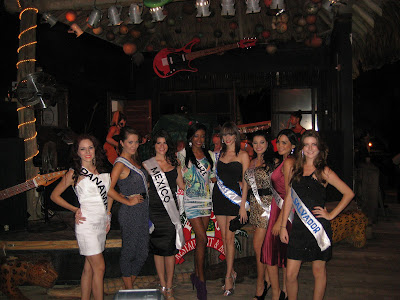 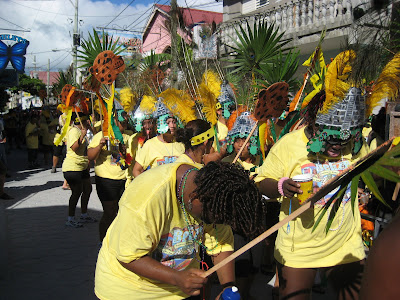 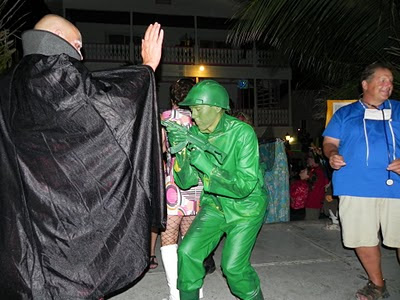 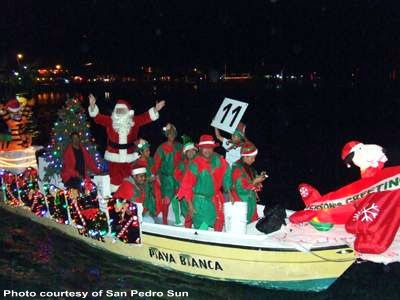 And gorgeous sunny weather probably 325 days of the year. 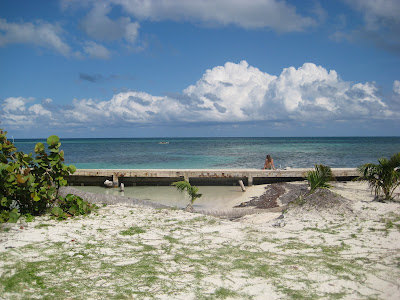