sDo you watch “Jeopardy” each night and think “that coulda been me”?  Do you whip your friends’ butts at Trivial Pursuit?  Do you happen to know the name of some stupid dam built in Rhodesia in 1960 that starts with the letter K?  (I’m coming off bitter already).  Well…Quiz Night at Roadkill Bar and Pedro’s Inn (both just south of town) was made for you.

Every Thursday night, it takes place at either Roadkill or Pedro’s…and it is seriously hard.  It is not for the trivially challenged.  Last night, there were 5 teams of 4 people and our little team, SanPedroScoop, of only 2. 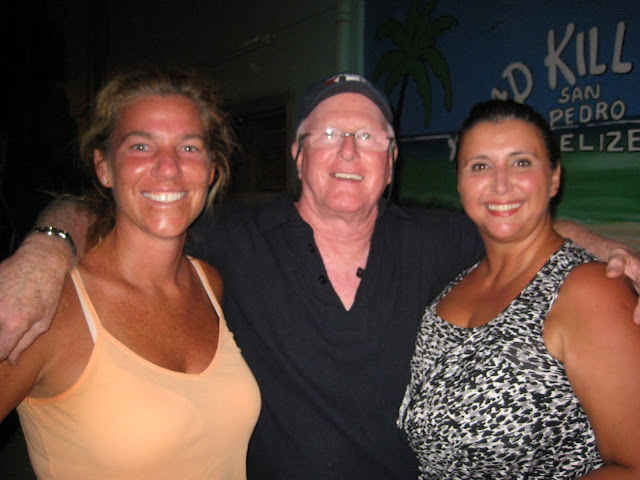 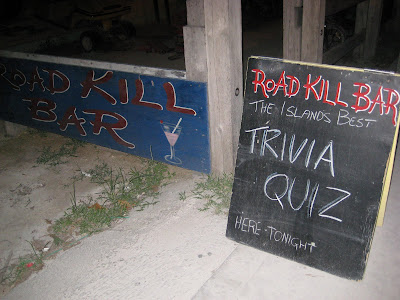 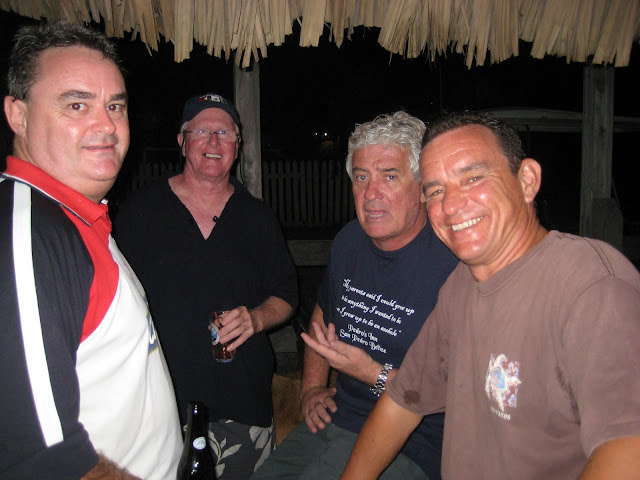 Here is the run down:  $5 per person.  The quiz mistress (aka Trivia Nazi) gives you 5 sheets for five different rounds (with different themes) of 10 questions each. 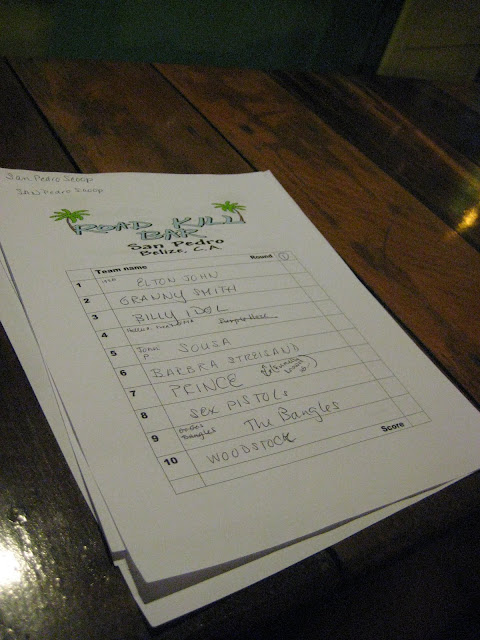 You are warned of the rules.  Any shouting out of answers (right or wrong) and you are going to have to put another $20 in the pot.  Yikes.  Try to limit your drinks because this can get tempting as the night goes on. 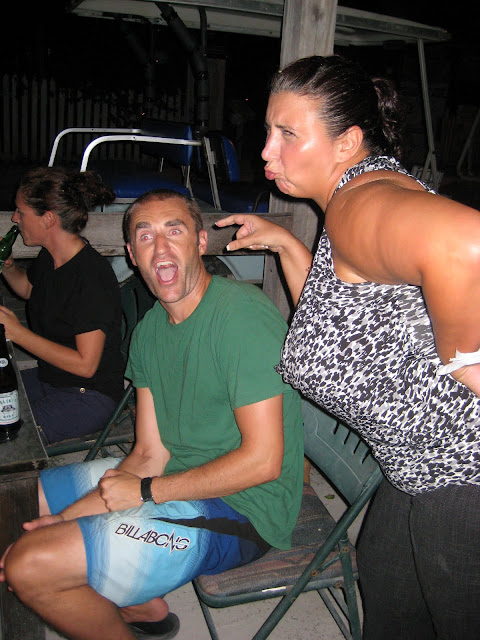 Music:  Ex.  What was the best selling 1980s female british band?  (All answers are at the bottom on this post).

Sciene Fiction:  What 1977 movie written by Steven Spielberg about an alien visit to earth starring Teri Garr and Richard Dreyfuss?

General Knowledge:  What is the 6th planet from our sun?

We knew we were cooked.  The last “tie breaker” was a sheet with pictures of 10 couples (though Frank Bruno and Mike Tyson are not exactly one) that needed to be identified for extra points and saved us from coming in last place.

If you realize that you are losing early, drinking is quite cheap at Road Kill.  1.  The local rum drinks contain 2oz.  I was drinking One Barrell Rum and Tonics.  Sometimes known as the “Captain Ed”.  2.  With a top shelf shot for only $10, you get a free beer.  Drink your trivia sorrows away.  So what you don’t know what pop star was born William Broud?  In a few hours, you won’t know anything. 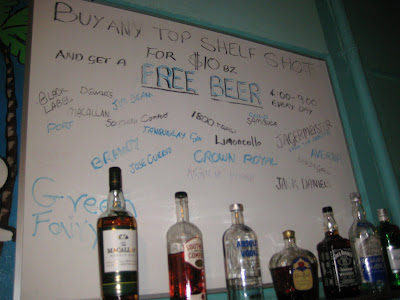 Here is a look at some of the teams.  Look how hard most of them are working. 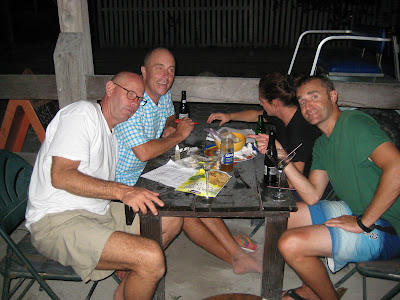 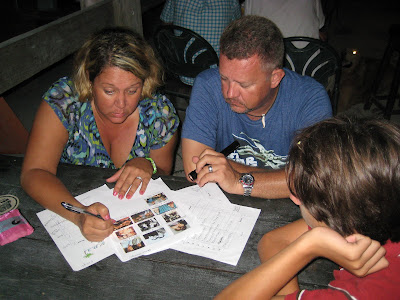 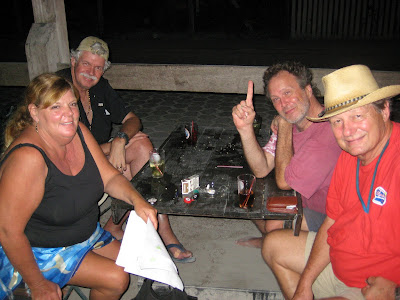 The winners: (I guess that is why Forrest is scratching Peter’s belly?) 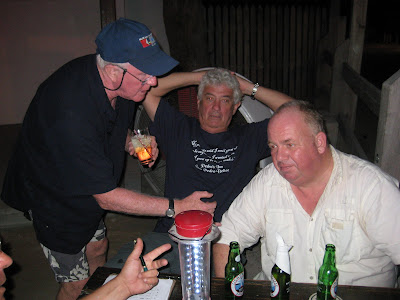 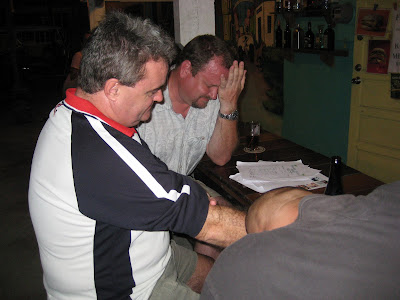 Forrest even got a JFK/Marilyn Monroe version of Happy Birthday at the end of the night.  You can’t beat it. 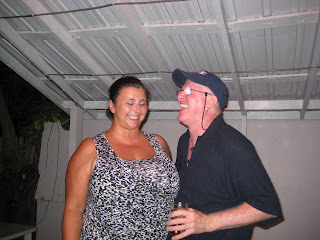 2 thoughts on “SanPedroScoop was Trivia Roadkill”