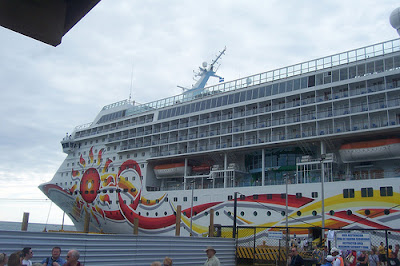 Roatan Cruise Terminal, a sight I hope to never see in San Pedro.

Roatan is a popular diving and beach vacation and major cruise ship stop off of Honduras.  Again (like my last vacation to Tikal) somehow I thought visiting an island 125 miles away would be relatively quick and easy…but in fact, it wasn’t.  Roatan is part of the Bay Islands, in the Caribbean off of Honduras.  The Bay Islands, Utila, Roatan and Guanaja have a similar history to Belize in many ways.  Settled by the British and the Spanish and the British and the Spanish, they are primarily English speaking in a Spanish dominant area. LOOK HOW CLOSE THEY ARE!  How hard can it be to reach? 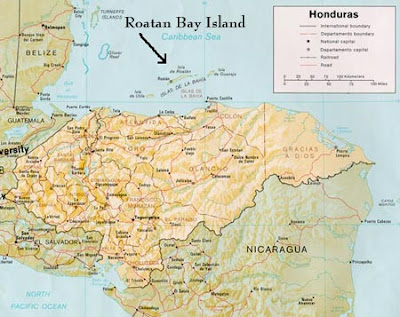 Ummmm…hard.  Annoyingly hard.  There were quite a few stops on our way on Maya Island Air.  First San Pedro BZ to BZ International, next BZ International to San Pedro Sula, Honduras, then San Pedro Sula to La Ceiba, Honduras and THEN La Ceiba to Roatan.  It’s certainly not as quick and as cheap as it should be.  In fact, I think it would have been quicker and maybe cheaper to fly to Miami and then back down to Roatan.  The planes start small…but get a bit bigger.  On the short hop from San Pedro Sula to La Ceiba, I was sitting in some booster seat practically in the pilot’s lap. 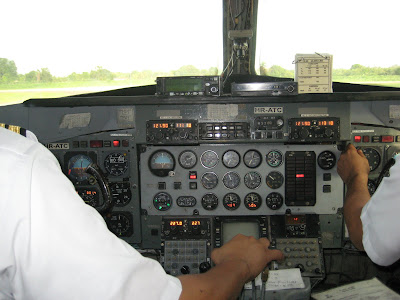 I think the cost was about $500 USD on Maya Air 3 years ago.   But, I just now called these guys and they are not even doing the flight anymore.  Discontinued.  Ugh.  We probably could have saved a load of money if we had taken a bus.  Or maybe purchased a bus.

Once in/on Roatan, you really have two areas to pick.  West End or West Bay.  West End seems to have all the restaurants, shops and night life (bars and live music) but less of a beach and West Bay has more all-inclusive resorts and a gorgeous beach.ï»¿  We decided to make West End our home base.  We arrived late the first night (after a full day of flying) and checked into a hotel right in town called Pura Vida.  Not good.  Loud,super uncomfortable mattresses and not particularly clean.  We moved the next morning to a new hotel, Cocolobo.  About 7 minutes walk outside of town and a lava rock beach, this place was beautiful and very reasonably priced…check it out.  http://www.cocolobo.com/.

Roatan and Ambergris Caye seem to have lots in common.  Here are the similarities and differences that I saw.

The beaches:  Roatan has white sandy long dock-free beaches with blue blue water (classic Caribbean), particularly at West Bay.  San Pedro is multicolored water that is best accessed off a dock since the ocean floor tends to be covered with turtle grass.  It’s the best looking water in the world, I think.

This is West Bay, Roatan. 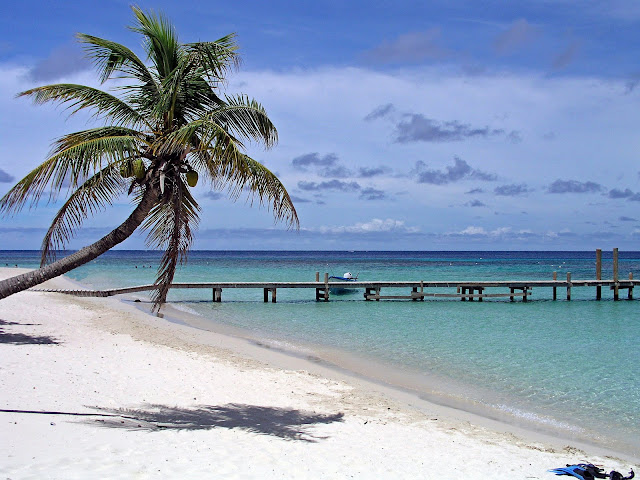 Here is the San Pedro beach from the air: 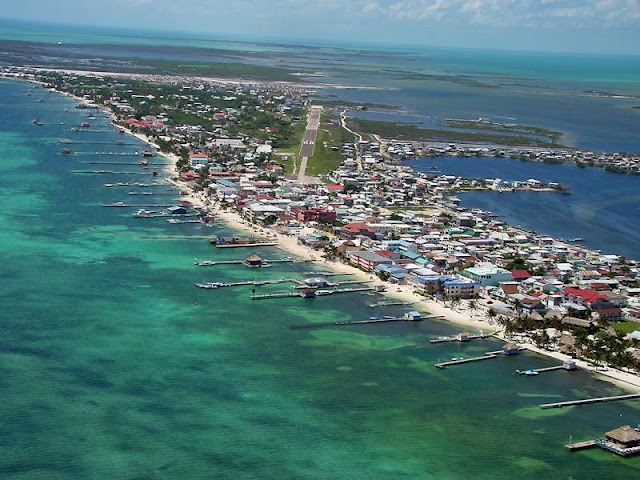 Accomodation:  My impression is that Roatan is cheaper.  And even browsing Tripadvisor confirms that.  But like all places, there is a wide range.   Hotels in the West End seem to average about $45-75 per night…that is definitely that low end in San Pedro.

Diving:  I did not dive or snorkel when I was in Roatan, but I was able to see that like San Pedro, there is lots of it.

Transportation:  Roatan is a much bigger place  with a number of  very different towns on it.   (It is about 40 miles long.)  To travel around the entire island, you absolutely want to rent a car or if you are more adventurous, a scooter.  In San Pedro (and our one town) , it’s bicycles or golf carts. 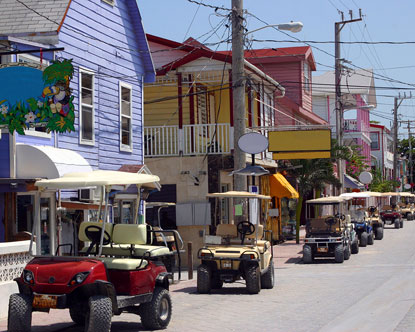 The Food:  San Pedro has lots of really great restaurants.  It is hard to find bad seafood or local cuisine.  The street food is excellent.  You can also find decent Chinese or very good Italian.    Roatan has a wider variety.   The indian food is excellent, there were a few thai places, a few Argentinian steak places and more American style sandwich shops and delis…I really enjoyed the change of pace.

Accessibility from the US: Roatan has an international airport and quite a few direct flights from the US depending on the time of year of your travel.  The flights are almost always cheaper.  It also has a large cruise ship terminal.  (Which makes it’s town Cox…very ugly).  San Pedro is always a bit trickier and more expensive to get to.  Travellers fly to Belize City and then taken a smaller plane to San Pedro.

Culture/Locals:  Here is where I think San Pedro wins hands down.   We have a very integrated island.  When you go out at night to a bar or a club, you are generally hanging out with Belizeans, tourists and local gringos.  In Roatan, the bars were good.  There was live music a few nights but mostly American rock or Jimmy Buffet style music…I didn’t really see any locals.  Maybe I was in the wrong spots (though I doubted it…they were quite crowded).   If I wanted only gringos, I could have stayed in the US.

Both islands have the excellent garifuna culture.  Here is a picture I took in Roatan at the opposite side of the island from West End and West Bay. 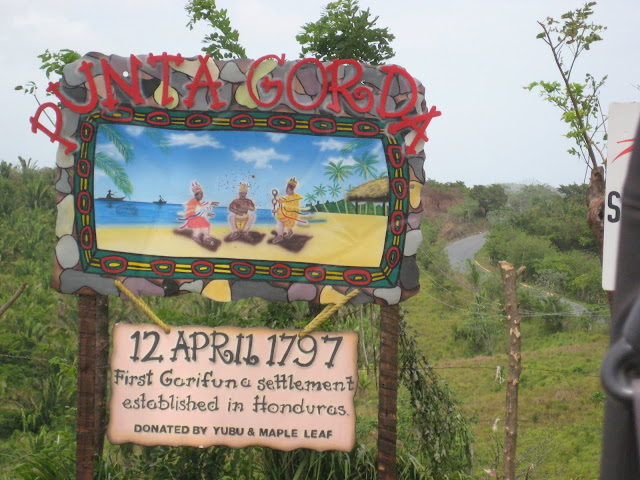 Garifuna people descended from the Caribs and West Africans and settled on the east coast of Guatemala, Nicaragua, Honduras and Belize.  They have their own language, awesome foods, awesome music, and are the best dancers.  THE BEST.   All done with an African flair.
Roatan was a good visit.  I liked driving around the island, seeing the more remote areas and the more diverse landscape.  We went to a cool dolphin show at one of the bigger resorts.  But Roatan didn’t feel like home to me at all.  After a few days in San Pedro when I first visited, I was ready to move here.  And it was all about the people.   If for some reason, it gets cheaper and easier to visit Roatan from Belize, I am on board.  But I am in no rush to go back.
https://www.sanpedroscoop.com/2012/05/back-to-roatan-afternoon-in-west-bay.html
Next up, a very different place compared to San Pedro, Belize.  Merida, Mexico and the surrounding area.