Home » Belize Travel Blog » Holidays & Festivals » By George, What a Gorgeous Day For A Parade

After a week of so-so weather, the skies opened up and September 10th, St. George’s Caye Day, was GORGEOUS.  Perfect.  An ideal day for a holiday.  And so I decided to walk into town for the School Uniform Parade.

Here’s what I encountered when I took the beach walk.  Great breeze, clear water…

This is the dock at Grand Colony. 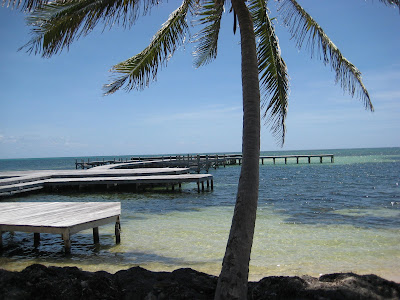 The beach at Banyan Bay, two workers raking up some sea grass. and a few random shots.  They have one of the nicest beaches on the island. 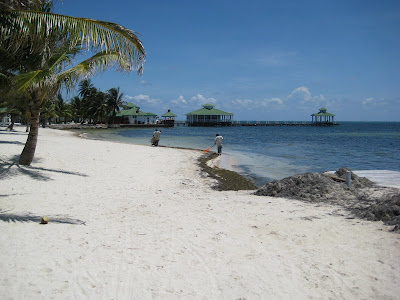 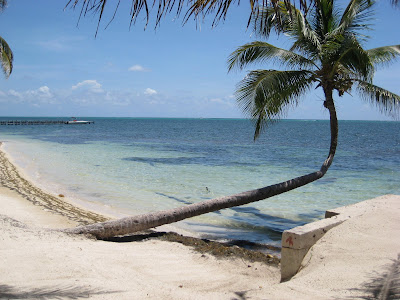 I ran into this guy net fishing for mullet a little bit further down.  He was more than happy to pose for a picture.  Super friendly guy and great tan. 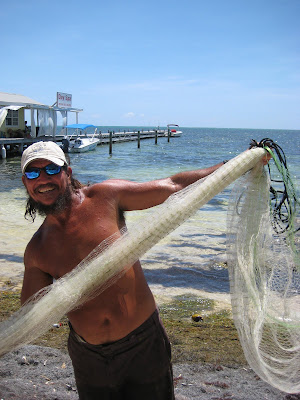 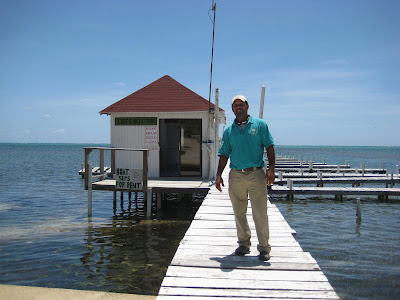 BCs Beach bar has this pretty clever sign that probably hits home with many couples that visit the island. 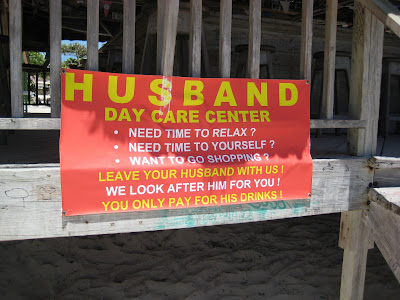 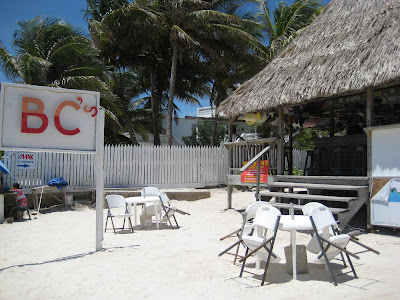 So the parade was at 11am…I decided to take it slow, play it cool (as best as I could, I am a time fanatic) so I rolled into town at 11.10am nervously thinking I was late.  I took my post at the Internet/cappucino place, Caribbean Connection.
At about noon, the parade started to set up.  Classic.  Setting up an hour late?  With hundreds of kids standing around in uniforms in the sun?  Here’s Roshan, he made me my coffee and chatted a bit during the long wait.  That’s the Miss San Pedro mobile “rushing” to get to the park. 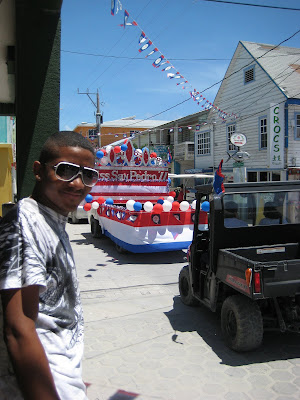 I got a free CD from this local artist and pain-in-the-ass (I mean that in the best way).  We’ve spoken about 1000 times and I don’t know his name.  It’s probably too late to ask.  Maybe the CD was  free because he felt bad for telling me that I look fat.  I doubt it though. 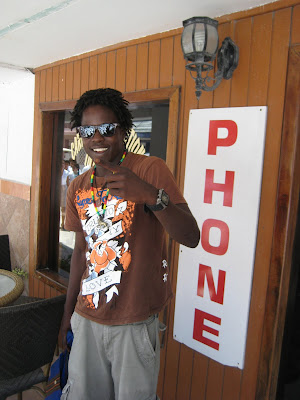 The parade started at 12.45.  Okay…only an hour and 45 minutes late.  No big deal.  BUT, it was incredibly short.  This parade usually has every school in town, every school kid in uniform…what happened?  After the new Miss San Pedro, the town council, the police and about three schools it was over.  WHERE WERE ALL THE KIDS THIS YEAR?
Here is our new Miss San Pedro…Miss Yakarelis Hernandez.  So pretty. I bet you don’t know another Yakarelis.
How do these pageant queens know when there is a camera around?  It’s like a sixth sense! 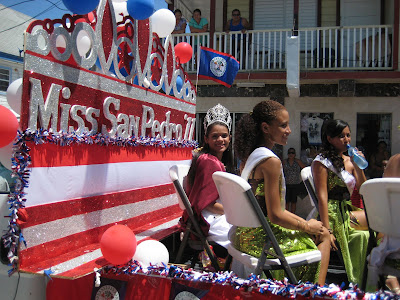 The town council until our 2012 elections. 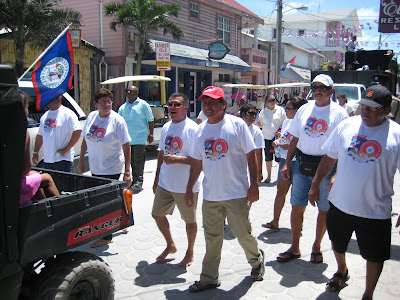 And the kids.  Happy Holidays.  Despite my complaints, I do love a parade.  Next year?  Let’s get ALL of the kids and others in uniform…police, firefighters…let’s even force the Belikin guys to do it!  I ran it by the ones who deliver to me earlier in the week and they didn’t seem so keen on the idea. 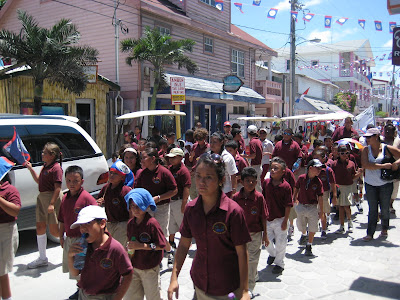 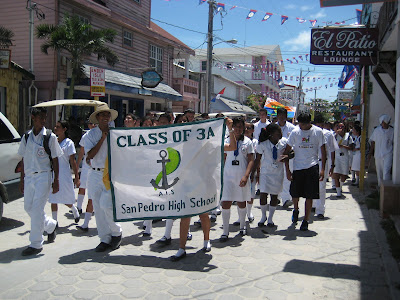 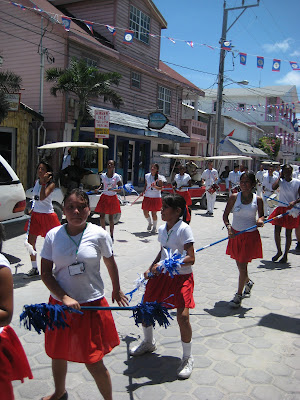 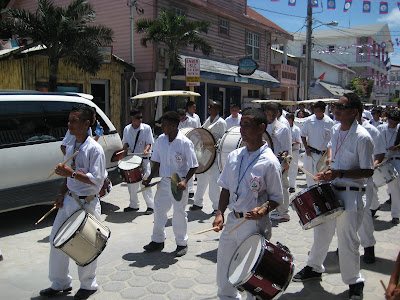