Monday, September 26 was declared a national holiday in remembrance of the Honourable George Price, who is called the “Father of Belize” and passed away last week.

What to do with a holiday?  Luckily, I got a last minute call…an invite…join us on our boat and go to Caye Caulker for the day.  I’d never been out with these guys before.  PERFECT!  I’m in!  And what a beautiful day.

Heck, I even cooked.  If you call chopping up a block of Kraft Cheddar cooking.  Everyone packed up tons of beers and snacks and we were off.

Some random pictures on the way over… 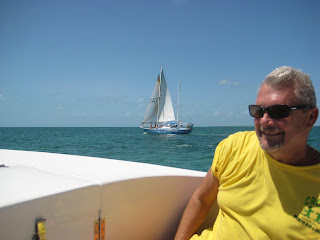 Captain Jeff.  And also the chef of some really delicious smoked cobia (apparently available at the Green House in town and at Island Supermarket).  So good on crackers…and I am already imagining it with cream cheese and a bagel.  REALLY good.ï»¿ï»¿  You guys need to track down this fish, buy it in large quantities and eat it. 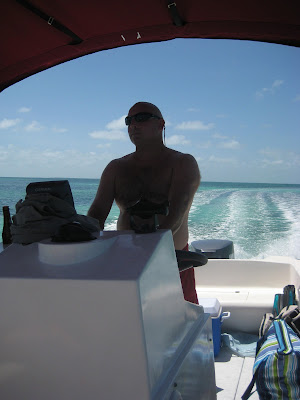 We stopped for a beer or two on the northern tip of Caye Caulker,tried to spot some dolphins and then continued on to the leeward side, right by the split in the island.  We parked again.  Ken went snorkeling and miraculously found $50 in the water. 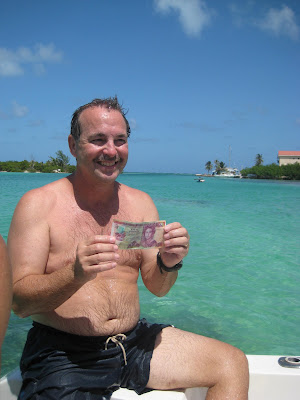 We watched some guys load up some sand from the ocean floor until their boat looked ready to sink and then they headed back to land.  Sand mining. 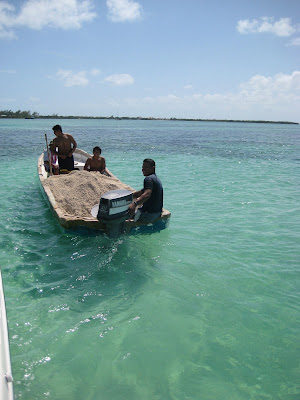 This guy sold us two lobster tails from his dory, went back to get more and THEN went back to buy us 24 beers in town.  Very helpful indeed. 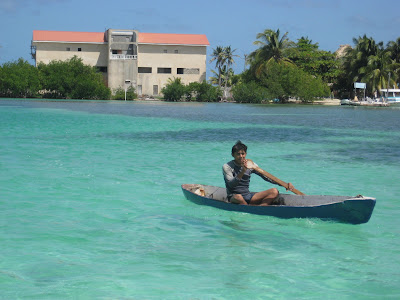 Nathalee has lived in Belize for over 30 years and, with fluent Spanish and Creole, was very instrumental in all negotiations.  (That knife she is holding was not part of her techniques, don’t worry) 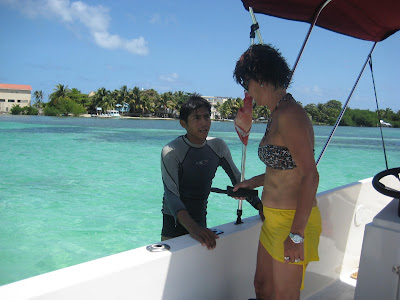 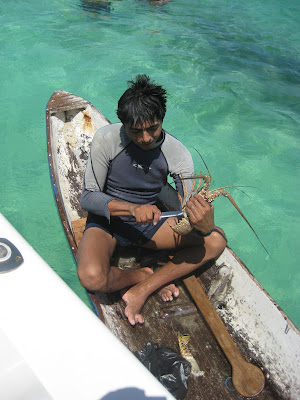 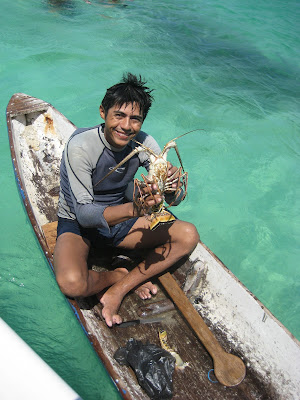 Everyone just took positions in the water, had a beer and a very good time. 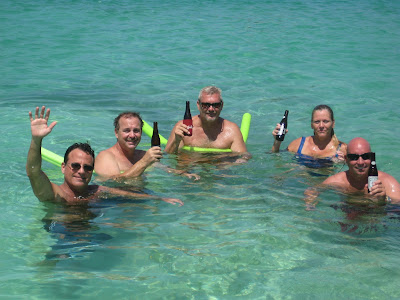 The bar at the split,the Lazy Lizard, was actually closed!  But as always there were plenty of people hanging out. 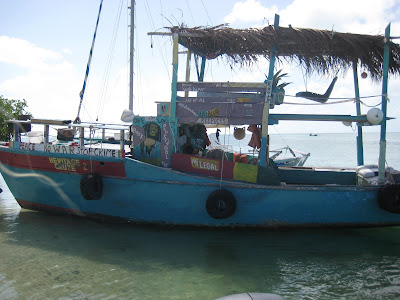 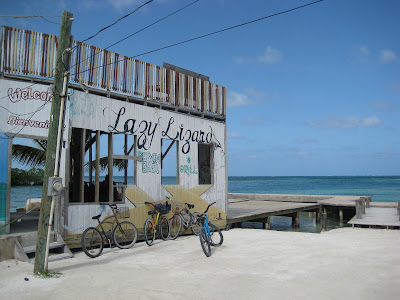 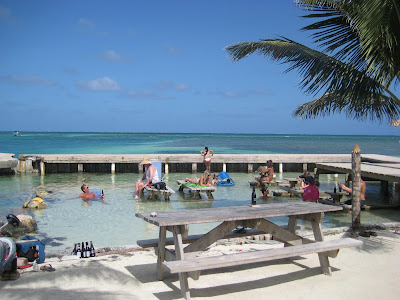 As usual, you see so many people from San Pedro.  These are the guys who sailed over on the boat “No Rush”. 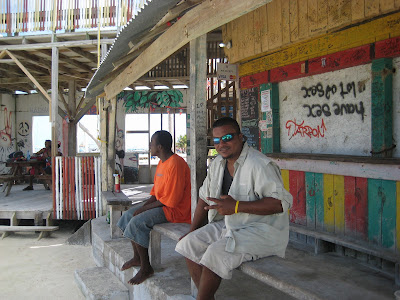 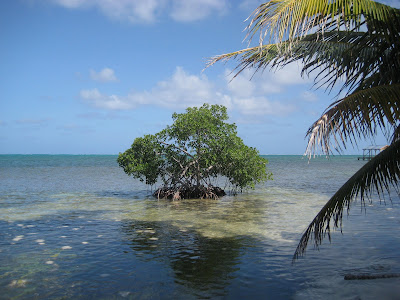 What a fun day.   And now, I am off to Belize City for a few days.  You can be sure that I will report back.

2 thoughts on “Holiday Monday On the Water”