The Great House is a colonial house turned into a hotel in the most scenic part of Belize City.   I’d always stayed at the big, ugly Princess Hotel in the past which houses a casino and the city’s only movie theatre and bowling alley but my last few stays were not so hot.  The rooms are moldy and smelly, the breakfast is horrible and the casino, just plain depressing.  (I’m not a big gambler AND it stinks in there).

Something a bit nicer was in order…so I booked one night at The Great House in the historic Fort George area.  One block over from the cruise ship tourist village and in the center of old colonial Belize City. 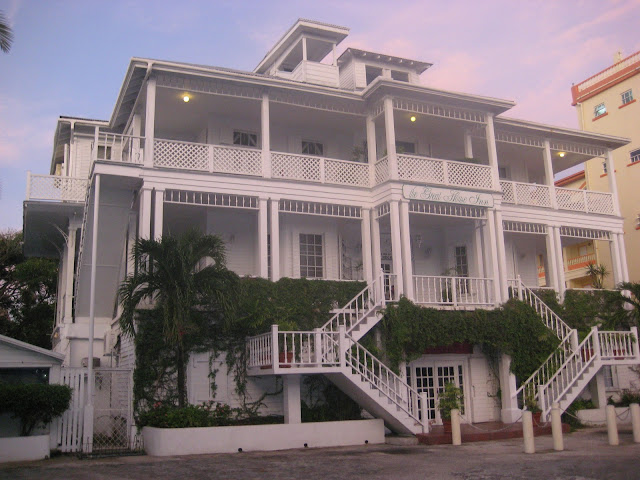 I checked in during the evening and was given room 14, a huge room on the third floor in the back.  You need to walk up the external stairs (pictured above) to get up there.  If you are on crutches, you might want a room on the lower floor.  Below are some low quality pictures of my room.  It was really nice and the bathroom was huge.  I had a view of the harbour out the back window.
They have a website and I can’t lie…it’s not incredibly cheap.  My room was $90usd and there was a 9% tax on top of that.  Send them an email and ask for a better rate (it is listed at $130usd) on the website.  They’ve got enough towels, coffee in the room, it’s very clean and in a safe area, so…at the same rate as the Princess Hotel and cheaper than the Biltmore and the Radisson (right across the street and DID YOU KNOW THEM CHARGE $9BZD FOR A BEER AT THE BAR???), this is the perfect choice. 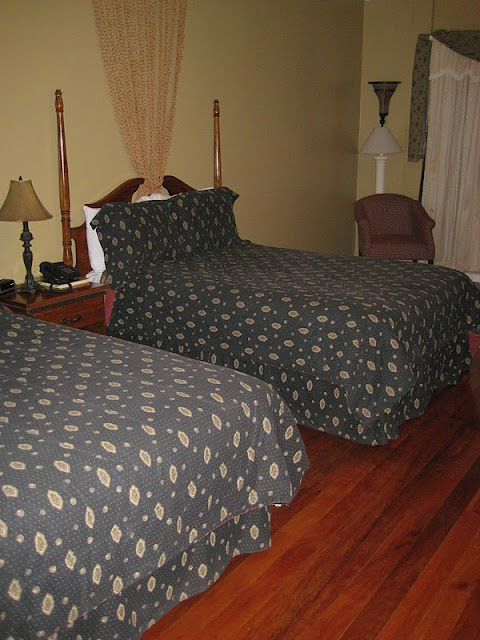 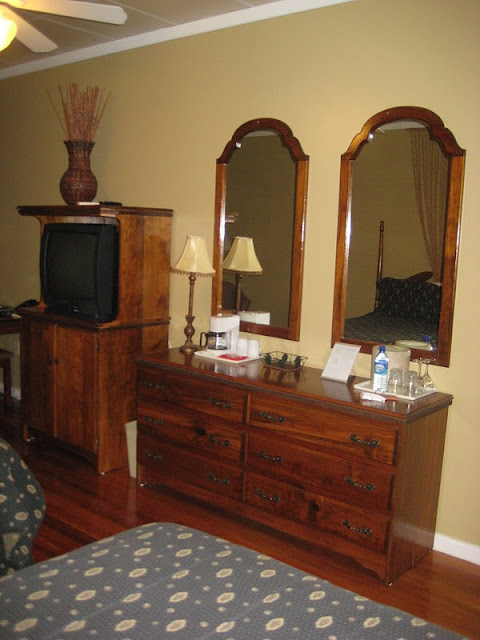 ï»¿The area is pretty nice to walk around in as well.  I got up at about 5.30am and the few blocks in the area were bustling.  A cruise ship was being unloaded.  First, I took some pictures of the lighthouse just at the end of the street and the tomb of Baron Bliss which is at its base. 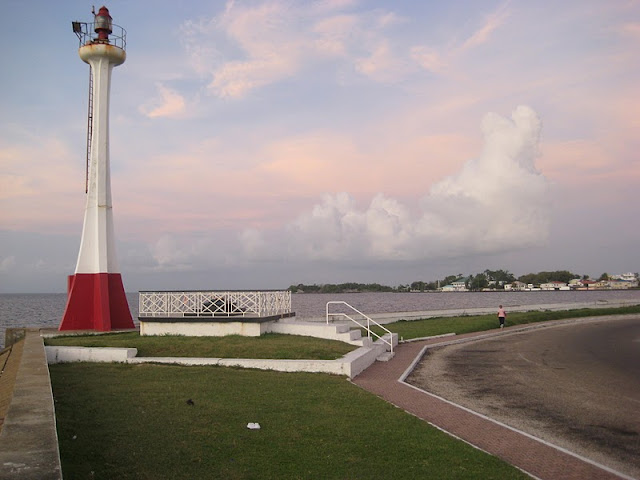 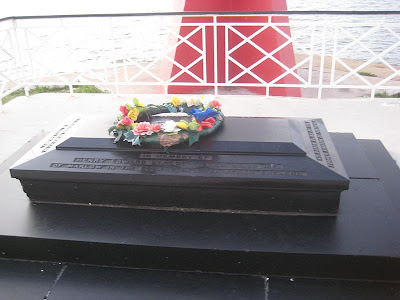 A very generous gentleman who introduced himself as the ambassador of Belizean History even offered me sip of his overproof rum…and then walked around with me for a bit quizzing me on some history.  I guess I passed.  He told me that I can be the Jr. Ambassador of San Pedro.  Quite an honor.
While he appears to be yelling at me in this picture, he is really just bestowing my new title. 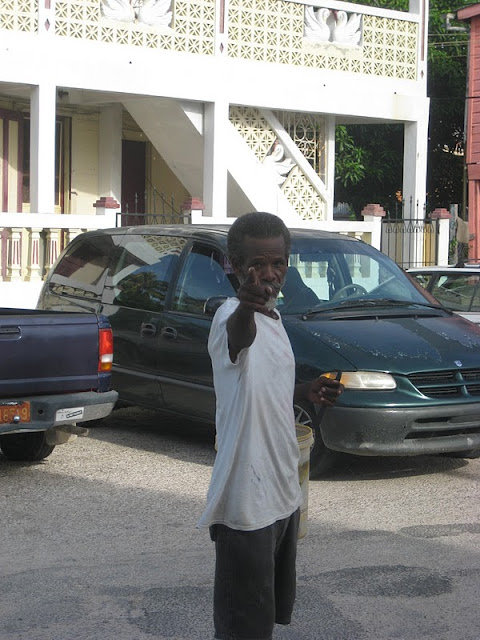 I walked around for a while to see some more of the colonial homes.  It reminds me a bit of the older, rundown areas of New Orleans.  Houses that you can see were once beautiful but are now crumbling.  These houses were built with old Belizean hardwood (trees that are now terribly scarce or now gone altogether) and it’s impressive that they were able to withstand so many huge hurricanes when right on the water.  When the rest of the city was almost levelled.  That’s good craftsmenship. 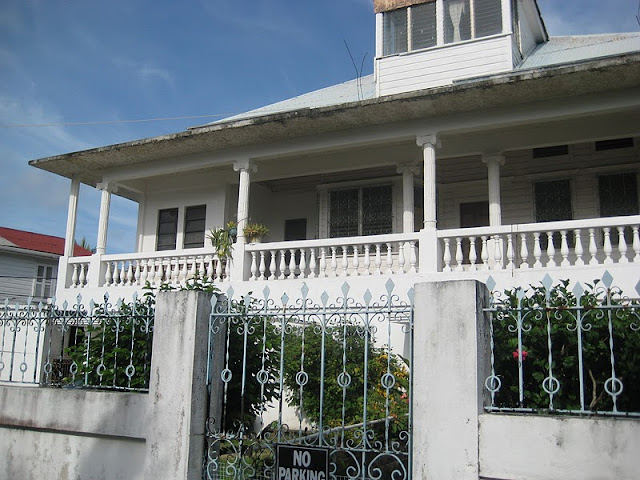 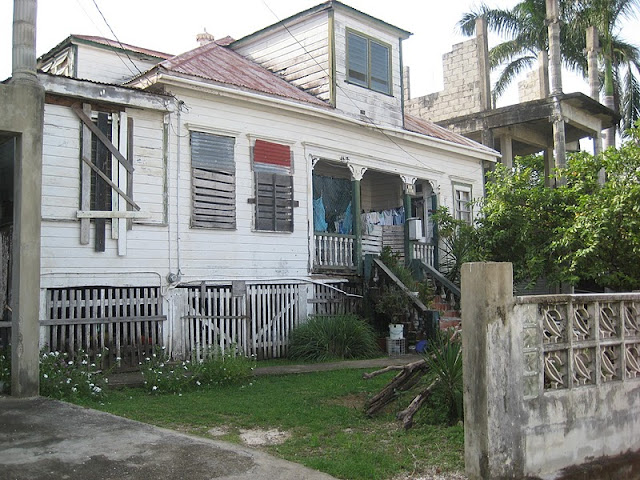 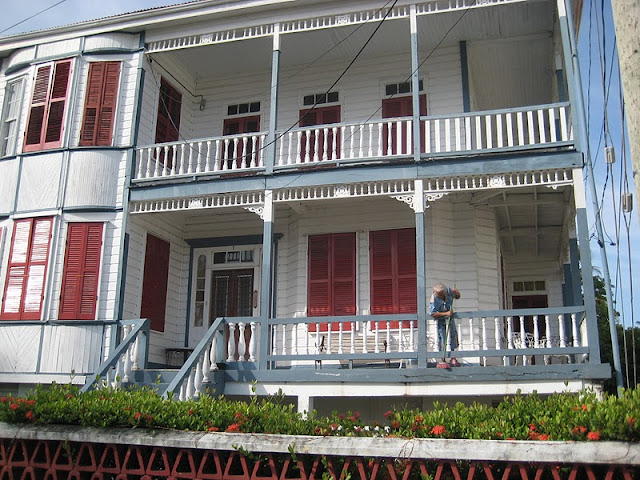 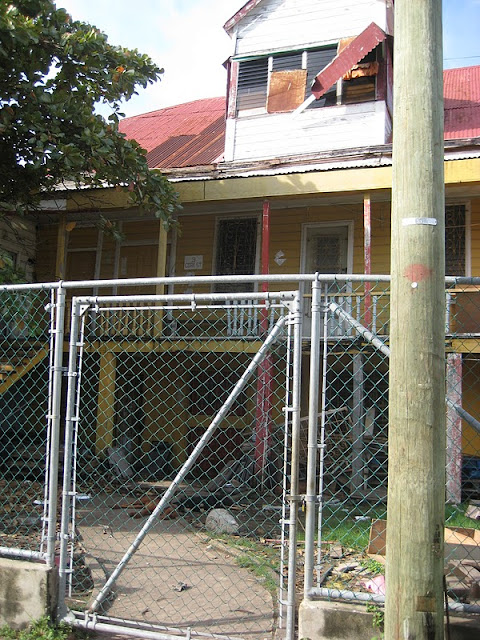 The Taiwanese embassy (below) has some serious security.  I asked the guard what the flag was (I didn’t recognize the sun) and his answer was basically “move it along”.  Apparently I look shady wandering around first thing in the morning. 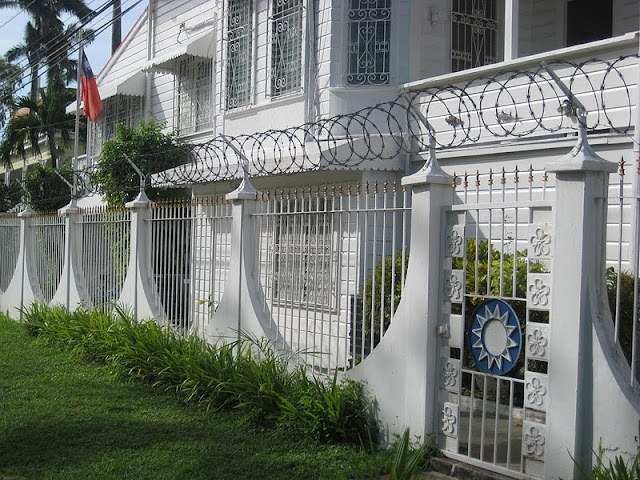 The old US embassy has just been levelled in the past year since it was in such a bad state.  Sad.
The Great House Inn is the best restored house of them all.  But I find all the houses definitely interesting and a beautiful walk first thing in the morning.
Your stay at the Inn included a small free breakfast at Le Petit Cafe next door at the Radisson.  I thought it was going to be a stale donut and a coffee but it was the best johnny cake I’ve ever had.  Try the jalapeno johnny with ham and cheese. 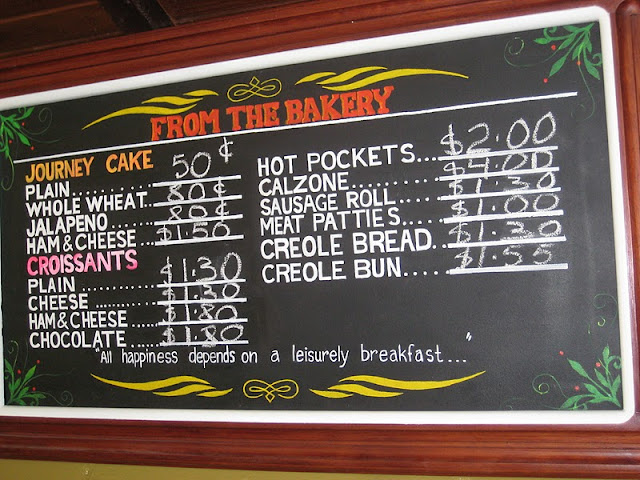 Delicious and CHEAP!  Have breakfast here even if you don’t stay at the Radisson or Great House.
And OF COURSE, I met people from San Pedro.  There is no where you can go in Belize without running into someone you know.  It’s a really small country.
Here are Tanya and Eden having breakfast. 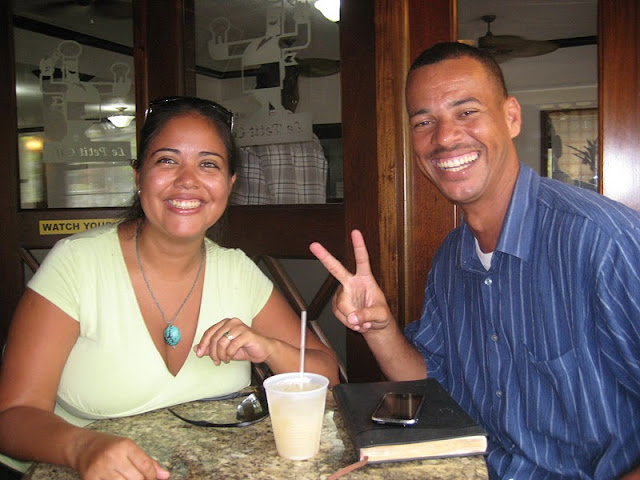 3 thoughts on “The Great House Inn in Colonial Belize City”