I would certainly not consider myself “Type A” (if I was, I would have lost my mind a long time ago here in Belize). But I am fastidiously on-time, very into schedules and scheduling, and get easily frazzled and cranky WHEN I HAVE NO POWER, WATER OR INTERNET ACCESS FOR 27 HOURS.

Sunday’s blackout almost pushed me over the edge. 8am Sunday morning the power (or “current” as it’s called here) was turned off for an announced upgrade.  Of course, I totally forgot.  BEL would be working on the lines from 8am to 2pm.  Annoying but not a huge deal.

All fans went out, the diesel TURBO-LOUD generators at Banana Beach, Grand Colony and Mata Rocks went on and everyone was forced outside.  Again…not a big deal.  It was a great day to be outdoors. 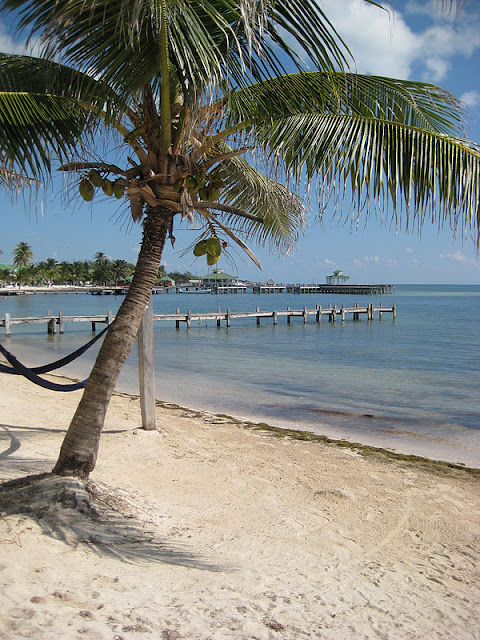 Who would have thought these things could make SO MUCH NOISE?  Where I live, it is like having a lawn mower running in your bedroom. 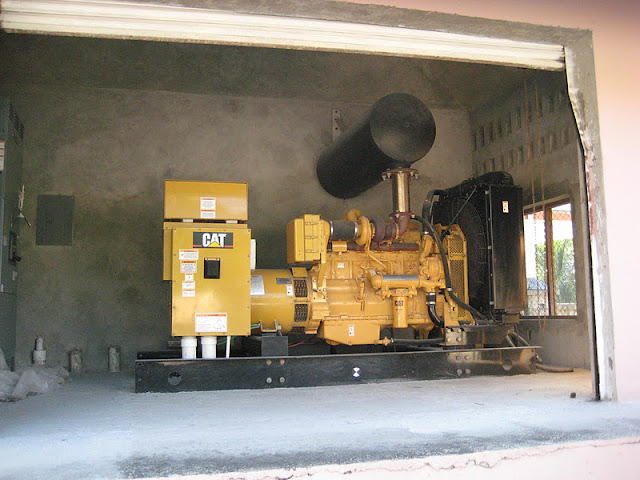 Banana Beach Hotel is a godsend.   Satellite internet, a huge generator and back-up well water.  No wonder this is the spot that many move to when a hurricane is threatening.    I ate breakfast and dinner there as well as an extended happy hour.  The air con felt great. 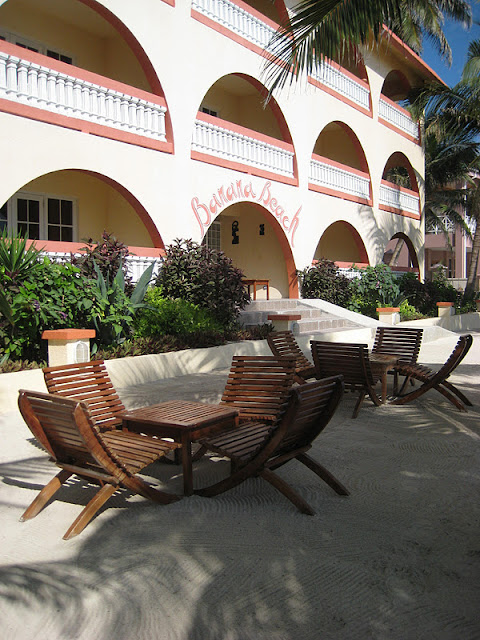 I had always heard they have great burgers so I ordered a giant 3/4 pounder covered in swiss and mushrooms (all diets must be forgotten in a time of great hardship).  This burger is DELICIOUS.  Much better than any I’ve had in town.  By far.  Often, burgers in Belize, or the Caribbean in general, are highly spiced (as if to hide dodgy meat) and almost have the taste of meat loaf.  My mouth is watering just thinking about this simple, real beef one at Banana Beach.  Order a burger with a ice cold draft beer and you will almost forget that the power is out.  Almost.

And Bananas (as locals call it) was a “port in the storm” not just for me.  Like refugees, locals and tourists packed the bar and restaurant all day long.  It was almost like a giant cocktail party.

Though it was pitch black when I felt my way home at around 9pm, I had set up candles and matches (but no flashlight) in a convienent spot just a few weeks back during the Hurricane Rina scare.  A camera flash is quite an effective way to find things during a blackout.  My $3bzd blue SuperBuy candles definitely came in handy and are much more stylish than the religious candles I had last year.  I find it hard to sleep when some medieval looking saint is glowing next to me. 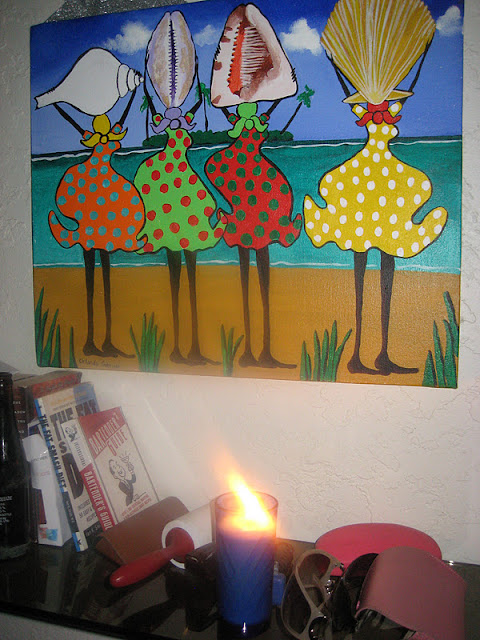 With no fans, the air is just warm and stagnant.  I threw out my perishable food when the inside of refrigerator was as warm as the outside air.  Not a big deal…just some chicken and tuna salad.  I’m imagining that supermarkets had a MUCH more difficult time.  In fact, I would watch for re-frozen items in the next few weeks.  Beware.  The packages of chicken I saw in a local grocery store’s freezer this morning were all frozen together in a pinkish block of ice.  Ick.  I’d avoid it if I was you and wait for the next fresh shipments from the mainland.

During the night the power flickered three times…something was clearly wrong.  And I woke from a very fitful sleep at 5am…a perfect time to watch the sunrise and cool off a bit. 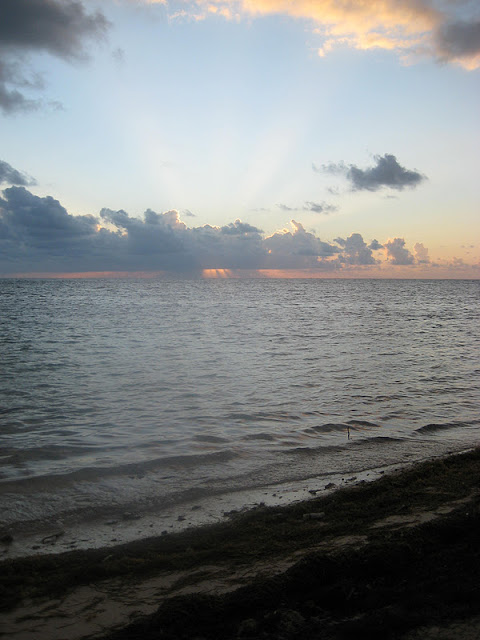 Back to Banana Beach for some toast, coffee and some internet.  The power thankfully switched back on at 11am.

My very basic tips for just this situation.

Something to always have on hand (hurricane season or not):  1 Gallon water jugs filled with tap water.  I have about ten ready at all times.  One gallon can flush your toilet or provide a pretty good shower.  I find that I tap into this supply for some reason at least once a year.

UNPLUG as much as you can.  Often, when the power comes back, it surges and has been known to ruin all sorts of equipment.

Hang out at Banana Beach.  You wouldn’t even know there was a problem.