Yesterday morning started gray and drizzly (NOT AGAIN!) but by lunch time, the sun was out and it was beautiful. 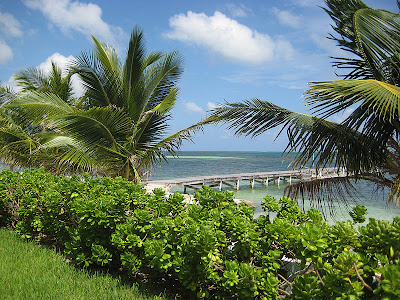 One of my favorite views…from the Squirrel’s Nest Bar at Mata Rocks.  Did I mention to you that I won a $50 gift certificate here at Sunday’s SAGA Halloween party? 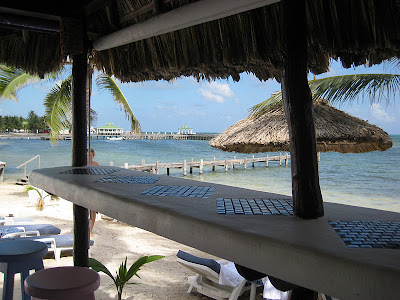 Let’s try something different for lunch.  I had passed Ali Baba a few days ago and I haven’t been there in ages.    San Pedro has quite a large Middle Eastern population and a few restaurants.  We even have a mosque.  Most residents that I know are from Lebanon but these guys who own Ali Baba Restaurant are from Jordan.

The inside used to be a bit dark and dingy.  (And the outside could use a bit of TLC).  But look at the funky new paint job inside.  It’s almost like a fun house.  I’m totally digging the psychedelic colors. 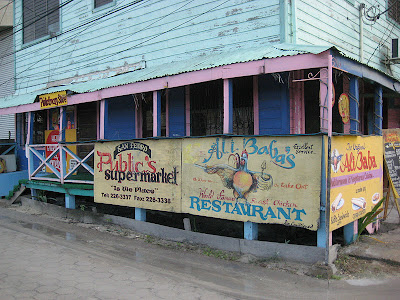 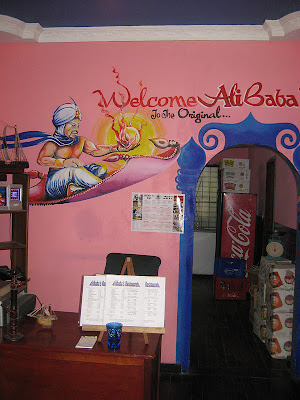 Fancy a hookah after your meal?  You are in luck! 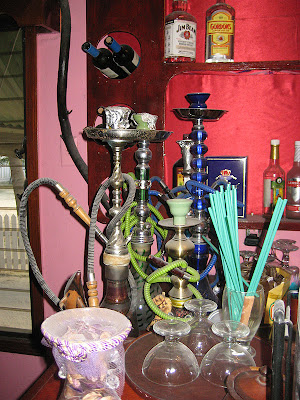 This is the doorway and proprietor of the new Public’s convenience store now part of the restaurant. 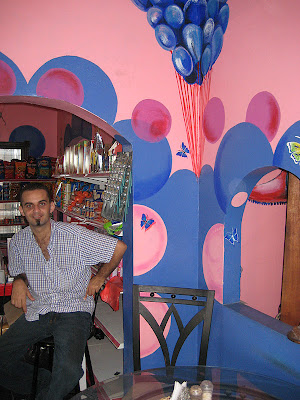 Maybe you don’t picture yourself eating a falafel, hummus, pita and salad platter for lunch in Belize.  I hear you.  But mix things up, the food at Ali Baba is pretty tasty.

Now today.  It is still early and the ground is wet from rain last night.  There are some black heavy clouds on the horizon as the sun comes up.  The wind is blowing from the north, perhaps my favorite direction.   Who would have ever thought I’d have a favorite wind direction?  Strange.  While living in NJ and NYC, I never once thought of which way the breeze was flowing.  Sure, I could always tells the direction using the Empire State building, but unless wind was blowing trash or rain in my face, I gave it no thought.  I could care less its direction.

In Belize, I check two things each morning.  Is it raining or sunny?  And what direction is the wind blowing from.  For the bulk of the year, it blows off the ocean.  In the fall/winter, the breeze becomes more northerly and a bit cooler and crisper.  Blowing from the leeward side (west) usually means mosquitos.  Obviously, these rules were not dictated by the National Weather service, they are my mine all mine.

ANYWAY (hopefully you didn’t fall asleep during those last two paragraphs about weather), here are some pics from this morning.   A heron? egret? and I watched the sun try to rise over the clouds.  Mostly the bird just kept one bug-eye on me, the annoying gringo, creeping up on him at 6am. 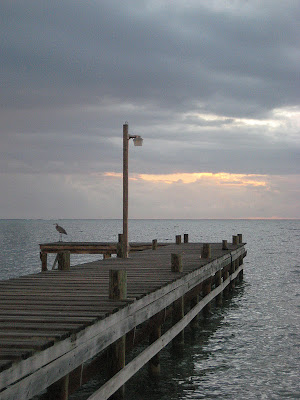 That’s another thing I never thought I would be interested in.  Birds.  I’ll be honest with you.  They always freaked me out a bit.  Only two legs?   That’s just not right.  How do they rub their eyes?

Now I actually look up there names (or as usual, TRY and fail to ID them).  Baby steps…Maybe one day I’ll be one of those guys in full camo crouching in the bushes with a telescopic lense clutching a laminated bucket list of “dream birds”. 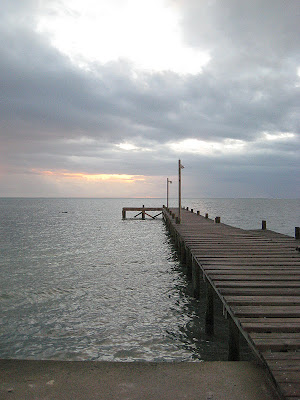