Cold is one thing, but cold and grey is just downright depressing.  Yesterday was chilly (in the 70s for most of the day), windy and dark.   This type of cold front only happens a few times a year (generally December or January) and always comes as a bit of a shock to me.  (For your guide on clothing yourself during these chilly times, check out yesterday’s post:  How To Dress Like A Local)

(I know I am going to get lots of comments along these lines:   “you don’t know cold” or “here, in International Falls, it is 15 below zero” or “in Alaska, we live in permanent cold and darkness” but remember two things.  1.  This is the tropics.  Cold is relative.  For Belize, this is a “cold front”.  2.  Maybe it’s time for you to move down here!)

It’s not all negative.  The weather does herald a few good things.  For one, Hurricane Season is coming to a close.  Only one day left in the 2011 season.  (Some interesting facts on this hurricane season at the end of this post.)

Secondly, you can sleep like a baby swaddled in your thickest blankets.  And lastly, it’s almost Christmas!  Belikin has introduced a new “Sorrel Stout” for the holidays.  Supposedly it tastes a bit spicy…a Belikin egg nog, a warming Xmas brew.  I will definitely be trying this soon – though for some strange reason there is no tasting in San Pedro.  And, not to brag, but I’m guessing our per capita beer consumption rate is the highest in the land.  Perhaps it’s a bit like carrying coals to Newcastle. 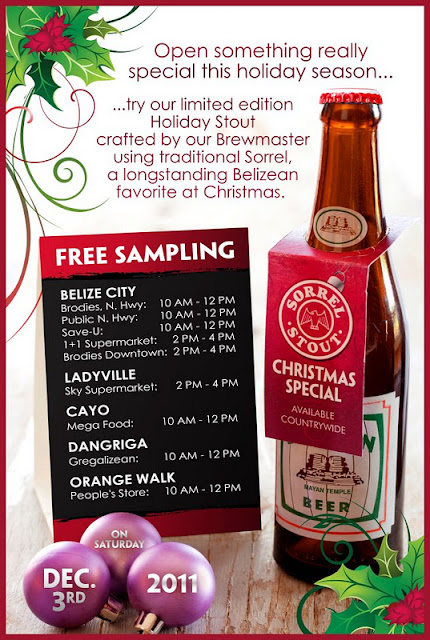 It’s even dressed like Santa with a cute red top.

There was one brief and bright moment yesterday when I ran outside to take a picture. 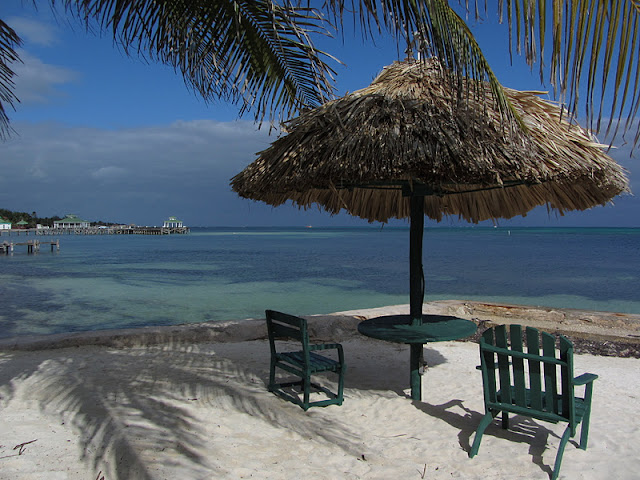 I stopped by my local watering hole, The Squirrel’s Nest at Mata Rocks, and met my neighbors’ new dog, Rico.  Adopted just this week from SAGA.   Maureen and Robert have been visiting for a few months and have already fallen in love with Belize.  I am sure Rico (named after the restaurant at Banyan Bay) is going to love his new home. 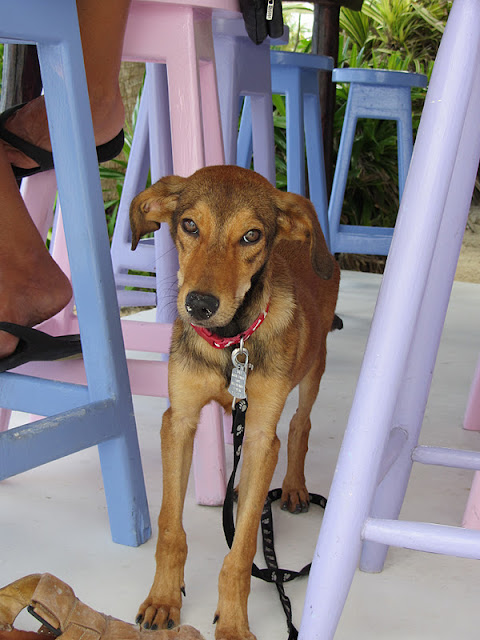 Today is shaping up to be a beauty.  Except for a few clouds low on horizon, the sky is perfectly clear and cool.   Enjoy. 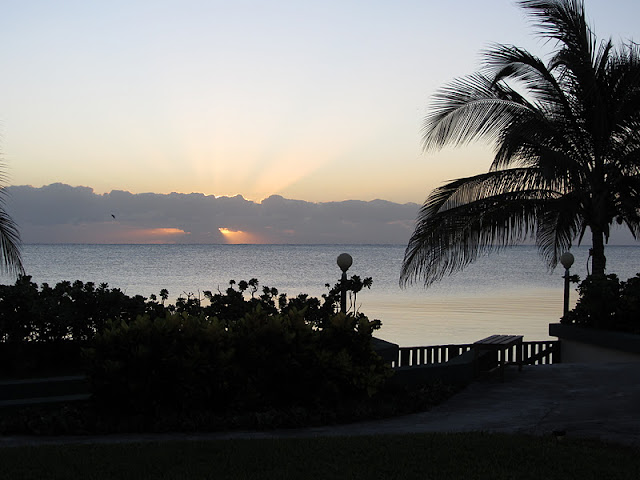 Interesting Facts about the 2011 Hurricane season:  It is tied for the 3rd most active Atlantic hurricane season of all time.   The last storm was Tropical Storm Sean, off in the Atlantic and never touched land.  The strongest of this year was Hurricane Ophelia.  She got up to Category 4 but, again, stayed in the Atlantic most of the time and only hit land in Newfoundland as a post-tropical storm.  Hurricane Irene was the most expensive causing billions of dollars in damage, mainly to the east coast of the US.