An article was published in one of the local papers a few weeks ago anticipating the November 27, 2011’s Township Parade.  It described prizes for best floats, lots of kids and called the event “grand”.  I love a parade!  After the splendor that was the Independence Day Parade, I was getting pretty excited.

We headed into town to get a bite to eat before it all started.  A quick stop at Crazy Canuck’s Sunday BBQ for a drink on the way was in order.  The music (Drummer Dan, Derrick and TP) were just setting up.  I think the music gets rolling around 2.30 or 3pm.  Unfortunately, we were a bit early. 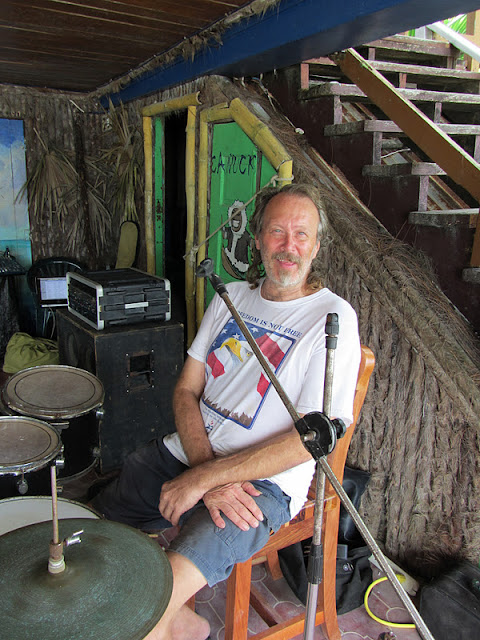 Dan (above), Mom and brother (below drinking sodas and obviously not understanding what Sunday in San Pedro means) and Ali, everyone’s favorite bartender, practising horseshoes. 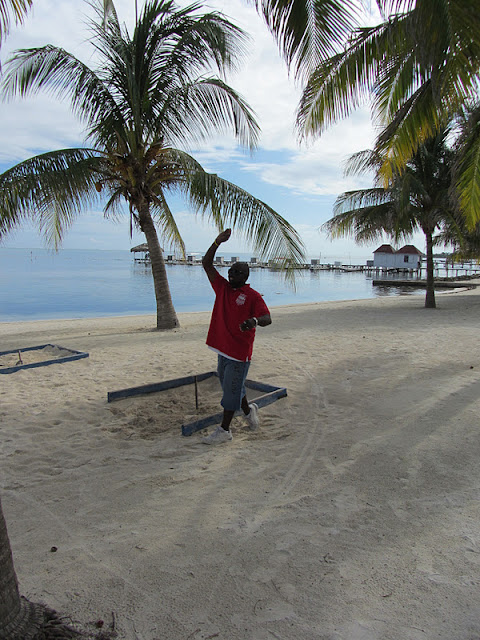 Off to Estel’s, a “must go to” spot when visiting San Pedro.  Sunday brunch is always very crowded.  We arrived late, around 2.30pm, so we had our pick of the tables.  Estel’s is open every day but Tuesday, 6am to 5pm and serves breakfast all day long (along with other lunch dishes).  They are FAMOUS for their ribs and fry jacks but all the food is really really tasty.  And they have great micheladas, bloody mary’s and white & red sangria. 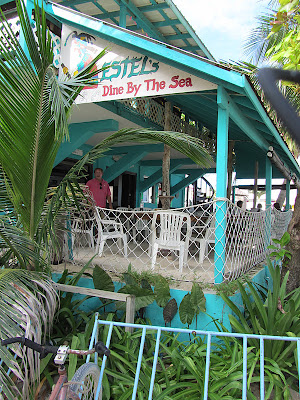 The menu is jam packed. I would imagine that if you brush up against this chalk board at least $25 is going to be added to your bill. 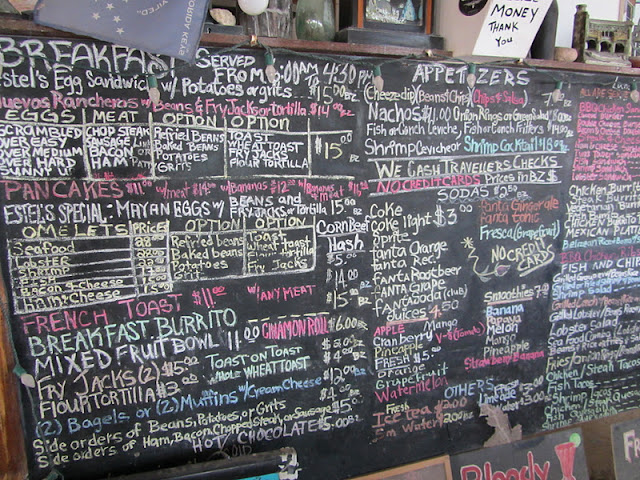 I always get the breakfast combo (see the options in the upper left hand side of the menu).  Love the flour tortilla dipped in a runny egg. 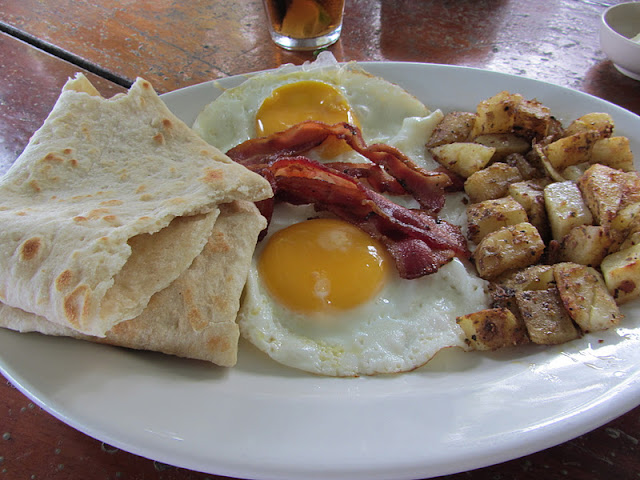 My mom tried the fish and chips and it was DELICIOUS. 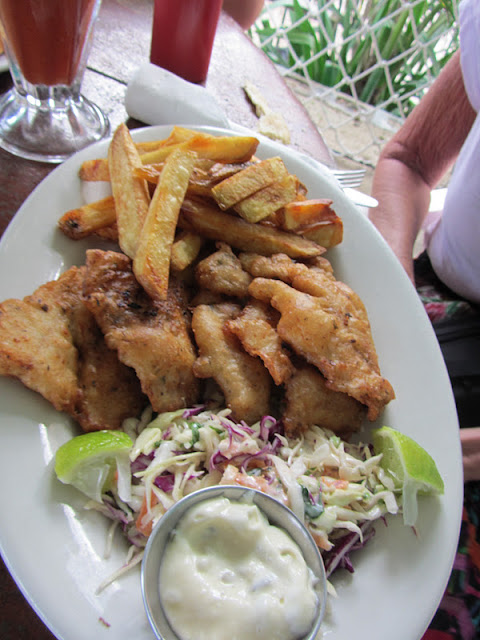 Off to the parade.  We passed through the park where the stage was set up and a crowd was beginning to gather. 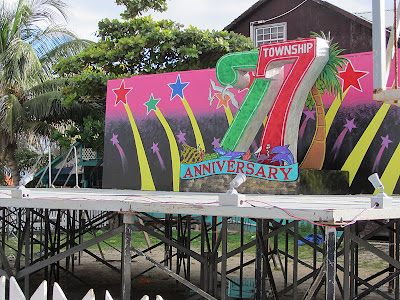 We passed by the dreaded clock tower.  It’s one of the fastest municipal projects that I’ve ever seen – if only this sort of vigor was put into more useful building ventures, think what we could do. 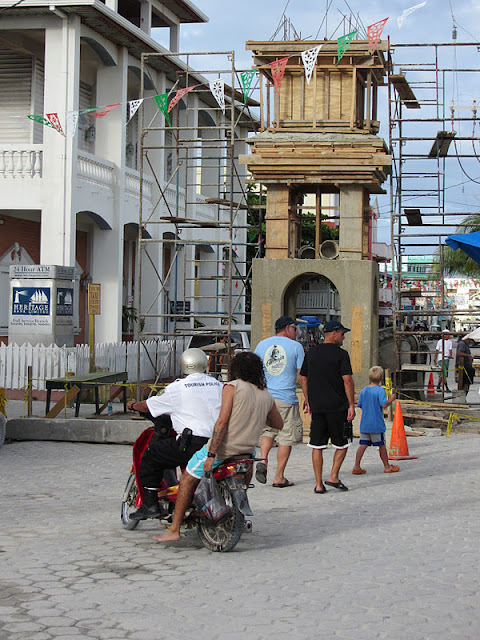 There is now a hand painted sign posted to show the final product.  It’s a bit hidden behind one of the many vendors along the park. 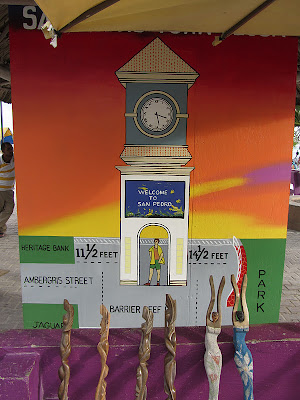 Onto the parade!  It was led by the traffic guys. Followed closely by the Town Council and Minister Heredia. 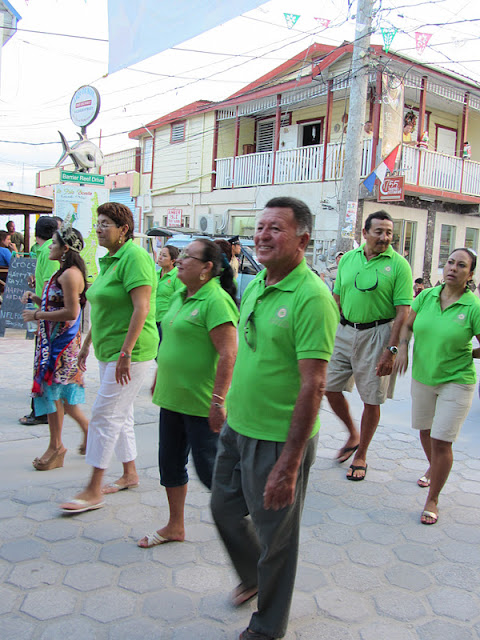 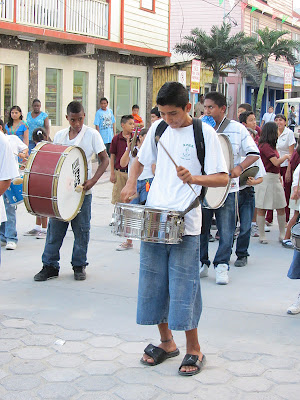 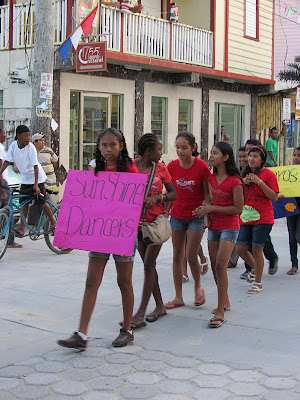 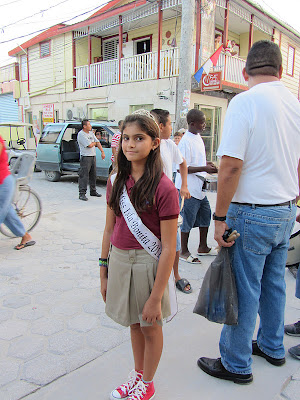 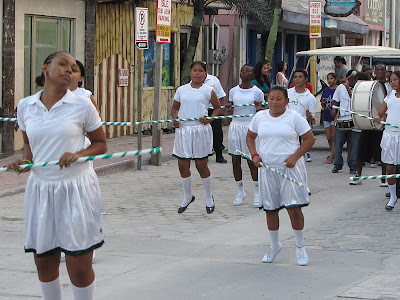 And one lone float.  I’m guessing they won the cash prize.  Cute but not the grandeur I was expecting.  Oh well…a parade is a parade. 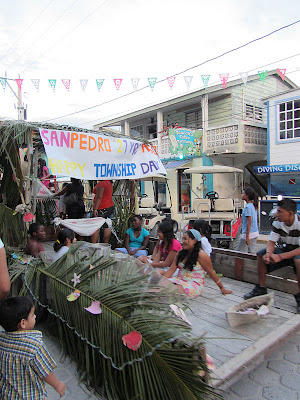 And the fireworks later that night definitely made up for it. 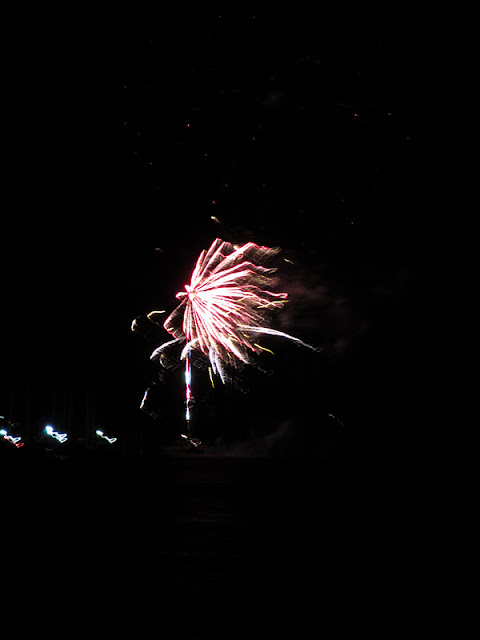 Now it’s time to get ready for the next holiday/event.  December 3rd – THE LIGHTED BOAT PARADE!  See you guys there.