Home » Belize Travel Blog » Mexico » The Overnight Bus from Belize City to Cancun: All of The Details

This post has since been UPDATED with additional info and I found the trip a TAD bit easier:  check out this new post from May 2015.
Sorry for the delay!I needed to be in Cancun last Sunday morning.  My mother and brother were arriving from Newark, NJ mid-day.  I could take the water taxi from San Pedro early in the morning from Chetumal, hang out all day long and take a bus late at night to Cancun…but who wants to drag around luggage all day.  I decided to try the new bus from Belize City all the way to Cancun.  I mean, why not?You can say all the bad stuff you want about Cancun.  It´s cheesy, over commercialized, packed with fat annoying Americans and to some degree you are right.  But hey!  I am a fat annoying American and the beach is absolutely amazing. Gorgeous.  One of the prettiest on earth. 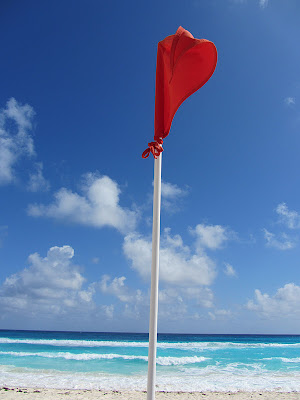 Started just a few months ago, ADO (the big beautiful efficient Mexican bus company) is now running buses to and from Belize City.  One leaves at 7pm and goes to Merida and the next at 7.30pm and goes to Cancun.

Here are the details.  The representative arrives each evening at the Belize City bus station from 5 to 7pm only.  When I arrived at 4.15ish, another gringo couple was there too.  You can buy tickets up to 7 days in advance at this kiosk during this time period.  (I am curious to know if there are any other agents in other parts of the country at other times…it would make things much easier).

At about 5.15, the rep showed up and about 8 people scurried in front of me on line.  The process is very slow and very manual.  If you are there first, I suggest you line up at the kiosk before 5pm to make sure you are first to be ticketed.  It takes about 10 minutes for each ticket to be processed and you get an assigned seat.  But 6.15pm, I had my ticket.  You pay $10bzd at the counter and the rest of your fare (mine was another $69, Tulum and Playa are cheaper) when you cross over the Mexican border.

With an hour plus to wait, I took a taxi over to Riverside Tavern in Belize City to grab a blue cheese burger (delicious), fries (okay) and some uber-cold draft beers.  I figured alcohol would help me sleep a bit during this long, long, long bus ride.  A taxi is a must.  You definitely don´t want to be walking around the bus station area looking for food.  It is a bit shady to say the least.  Either get in a taxi, if you have time, and grab something to eat or, easier still, bring some food and buy some additional snacks at the station and just wait.
You need to be ready to board 15 minutes before you bus leaves.

Our bus pulled up right on time.  At 7.15pm, you put your bags on the bus (beware the sketchy guy that is trying to help you) and we loaded in.  The shady guy then got on and asked for tips.  He was quite aggressive about it.  Tip for what?  I ignored him but most people gave him something. 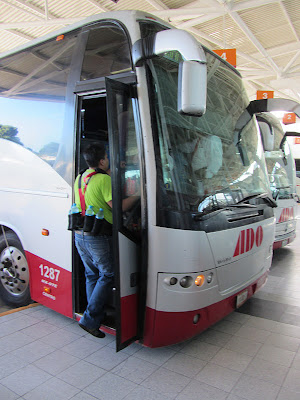 The bus is big and roomy and about the temperature of your home freezer…and that never changed.  It was COLD.  I had socks, a towel and a warm blanket and it was still close to unbearable.  A woman from Canada sitting right across from me was close to tears by midnight.  BRING WARM CLOTHES and lots of them.

For some reason when I travel in Belize, the reggae artist Berne is on my bus.  It´s happened at least 3 times – the guy probably thinks I´m a stalker.  He was on the bus and in a wool ski cap, jeans and winter jacket.  I am not kidding you when I say cold.  Note:  the picture below was not taken on the bus. 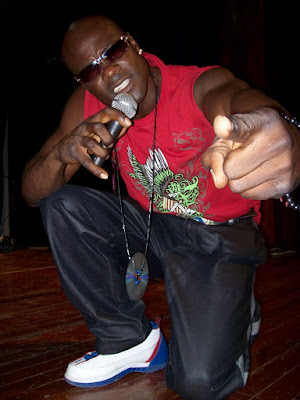 We drove out of Belize City quite miraculously.  Lots of reversing and weaving to get thru the narrow crowded streets.  And people are waving at the bus at each turn.  You almost feel like visiting royalty.  Belize is not used to see buses this new and huge.

This bus stops quite a bit.  And the drive in Belize is riddled with pot holes and speed bumps.  You are not falling into a blissful slumber, that is for sure.  We stopped at Orange Walk and Corozal.  Each time, a few new passengers loaded on.  All looking stunned by the bus temperature.

We then stopped at the border crossing just before 11pm. Off the bus to go through the Belize immigration.  Back on the bus to Mexico where you get off, fill out your forms and play the Mexican customs game of red light-green light.  Press the button, the stop light turns one of the two colors.  Green, you waltz on through.  Red, they search your bags throughly.  I was please to see the couple who cut in front of me at the Belize City station get double red.  Ha HA!

We then waited another 10 minutes just over the Mexican border while the drivers ate tacos.  You can get some too if you want.  Or try a beer.  I tried one of these (Sol Clamato)…interesting. 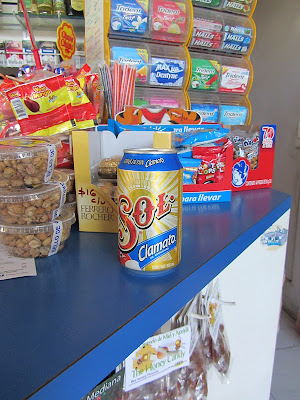 Back on the bus.  20 minutes later we stopped at the small “town” (it was more of a speed bump than a town) of Bacalar to get off the bus and pay the rest of the fare.  Now it was midnight and I was getting extremely cranky.  Something about the onset of frost bite brings out my most irritable side.

25 minutes later we were on the road again.  The ride is much smoother at this point, the roads 100x better.  We didn´t stop at Tulum (no one had booked that ticket), we stopped in Playa Del Carmen right before 4am, then at the Cancun Airport at 4.45am.  Most people got off at that point to catch early morning flights to the states or Canada.  And FINALLY 5.15am, we pulled up at the Cancun bus terminal.

I felt like I´d been dragged behind the bus.  Perhaps in a bag of ice.  Ugh.  There is no way you are emerging with a clean, fresh, well rested feeling.  But finally, I was there.  Almost 10 hours later.

I hopped on the local bus and arrived at the Casa Magna Marriott at 5.45am feeling like death.  The hotel is classic Cancun.  Hundreds of rooms…the lobby decorated like a faux Versailles, countless restaurants (one featuring a “super fun karaoke lounge”) and a brilliant beach. 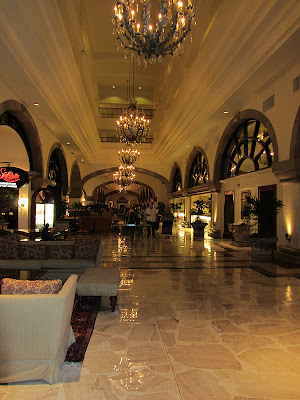 Check in time was posted at the front door as 2pm.  UGH.  Again, I got lucky.  They could not have been nicer.  The woman at the front desk (probably not wanting someone who looked crazed and homeless hanging out in the lobby) upgraded me to an ocean front room and gave me the key right away.

Here is my view of the sun coming up. 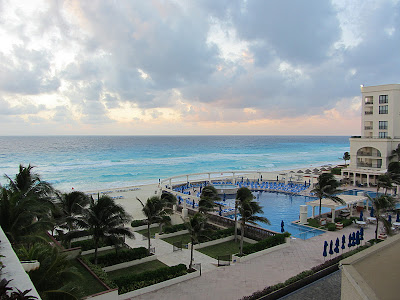 All in all, the ADO bus is a fantastic idea.  So smart.  Particularly if you have a morning flight from Cancun.

Please set up a Belize information number.  What if the bus had been cancelled?  Or filled when I arrived?  It would be nice to know that before arriving in Belize City.

Leave a bit later.  Arriving at Playa Del Carmen before 4am is a tough one…or even 5am at the Cancun airport.  Maybe just a few hours later?  It would be great.

Turn down the A/C.  It is absolutely ridiculously cold.

Last but not least…let´s not stop in Bacalar.  Let´s pay for the whole ticket in Belize City to avoid that one extra stop.

Sorry for this late post!  I will get back on my schedule.  But I´ve been having assorted technicals difficulties since I arrived in Mexico.  (I´ll be doing evenings until I get back in Belize this weekend).  Adios amigos.

Here is all I know about the return trip.  It leaves later, it has the same stops except Bacalar (they ticket you all the way through) and I have this crappy picture. 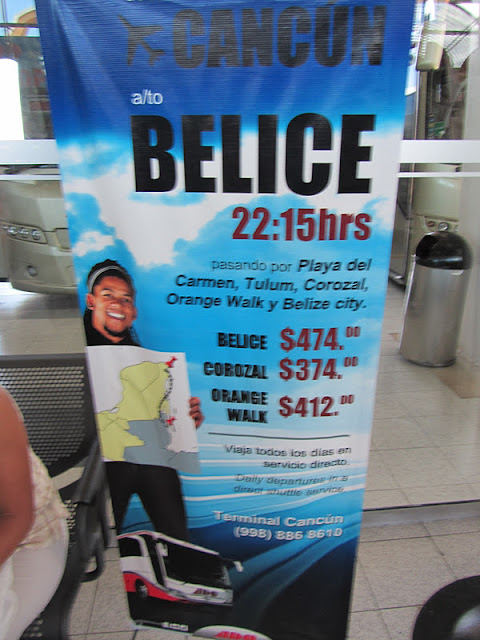 3 thoughts on “The Overnight Bus from Belize City to Cancun: All of The Details”