The wind is blowing quite hard over the reef this morning and the ocean is pretty churned up.  But it is beautifully sunny and warm, great day for lounging by the pool.  Or…walking to town first thing in the morning before the power company turns off my current!

Look at all the seaweed on the beach.  These rakers know what they will be doing for the rest of the day… 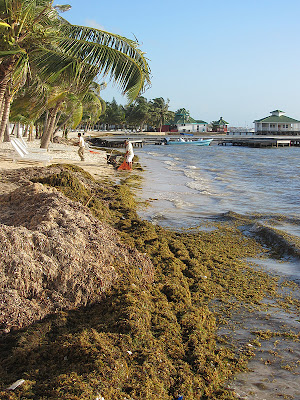 Last night (as reported by San Pedro Sun), right across the street from my condo there was fire at Robin’s Kitchen which was just planning to re-open for the season TOMORROW!  Fortunately no one was hurt.  But there is a big hole in the palapa ceiling and quite a mess for the world’s friendliest man and owner, John Harvey, to clean up.

I took this picture of his readying for opening last week. 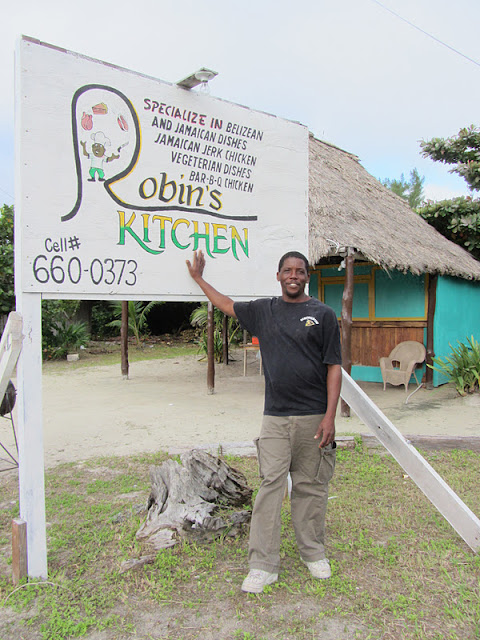 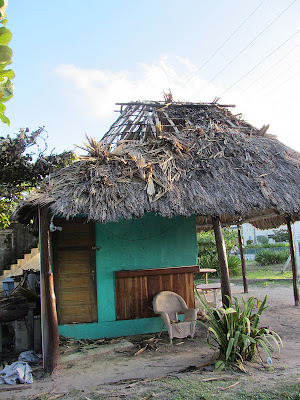 Did you know that this palapa is from the old Cannibal’s Bar, the small beach bar that was right on the beach in the center of town?  Fortunately a fire crew was able to save some of it.

It does appear, though, that the fire did not start with the kitchen equipment but may have been purposely lit in the palapa roof.  Even though not burned, much of the equipment was harmed by the water that was needed to put out the blaze.

Off to town.  I passed Rico’s restaurant at Banyan Bay. 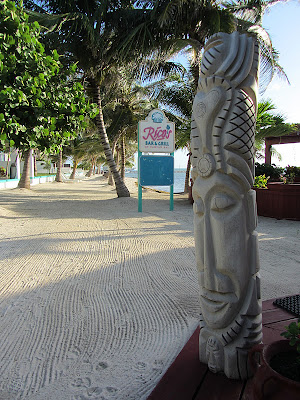 And I found this cool looking bird guarding his catch from an annoying gringa photographer. 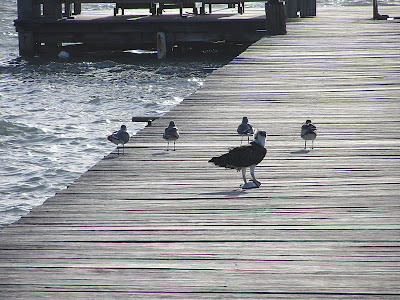 Into town, San Pedro’s fastest construction project EVER.  This clock tower sprung from the ground and is now equipped with the clock and the two giant monitors.  I wonder if there will be a big ceremony and grand opening party… 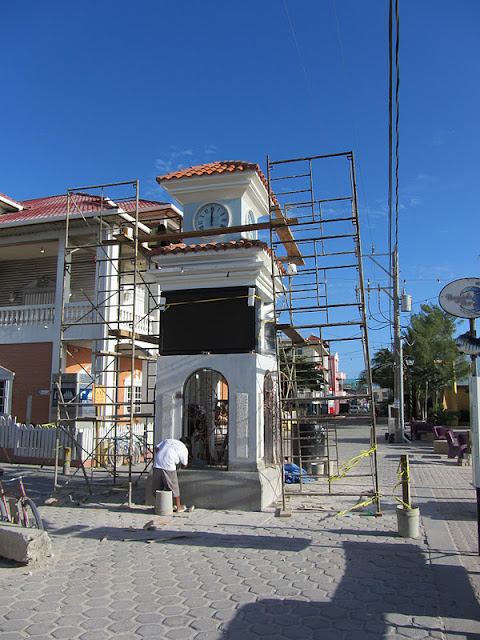 There are some elaborate but pre-rusted doors and small Mayan “carvings” being glued on. 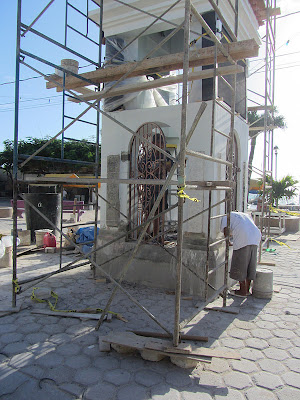 Jaguar’s Temple Night Club is still renovating (they’ve been closed for a while!) and the big papier mache jaguar was been painted with a white base coat. 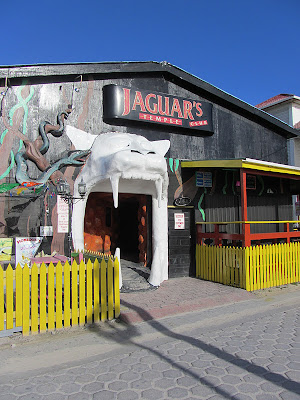 Middle street has quite a few construction sites.  This house has been totally hollowed out.  There was a good sized construction crew working furiously. 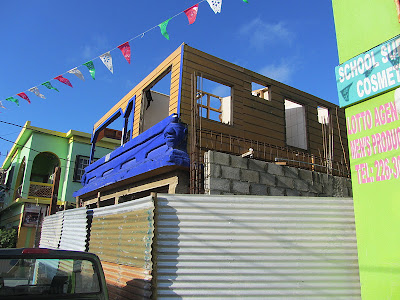 And this project that looms over Elvi’s Kitchen seems to have slowed/stopped work. 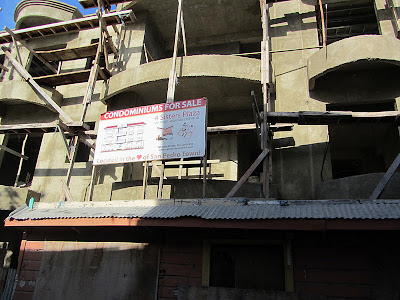 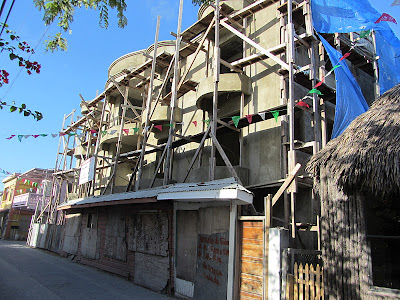 Elvi’s is the large green and yellow building and the palapa next to it. 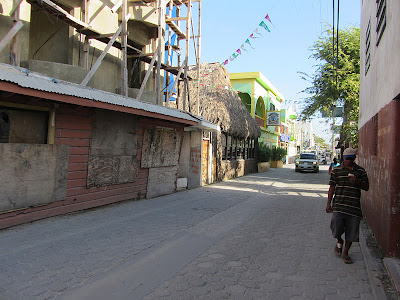 And here is a cool picture I found (I wish I had taken it…but this was long before my time) of Elvi’s from many years ago. 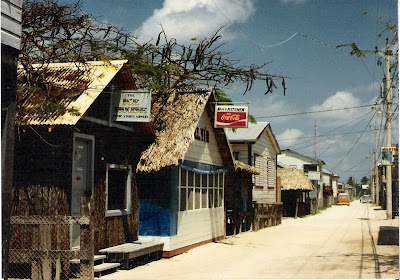 6 thoughts on “An Overnight Fire, The Clock Tower, Construction in Town: My Walk into Town Today”