My friend and I were lured to town last night with visions of our $1000bzd winnings dancing in our heads.  The Thursday night Chicken Drop at Wahoo’s Lounge usually has a $100 pot (which I also NEVER win) but for the holidays the ante was upped to $1000bzd.

But first a walk into town.  It was a very pretty night. 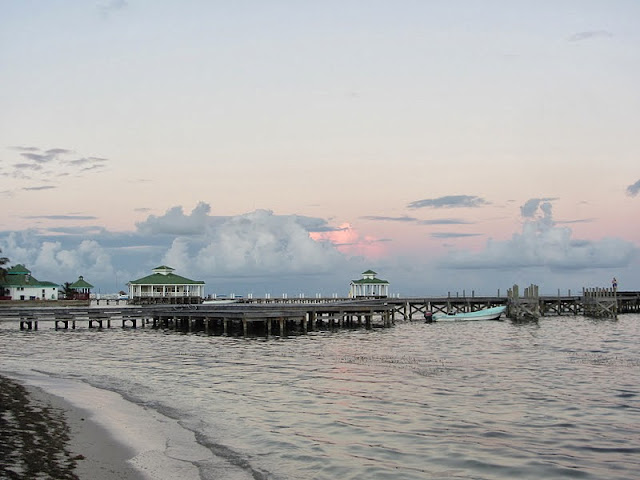 Crazy Canuck’s had a good happy hour crowd.  In fact, everyone did.  This is as crowded as our little town gets.  Though “crowded” is the wrong word…let’s call the island bustling. 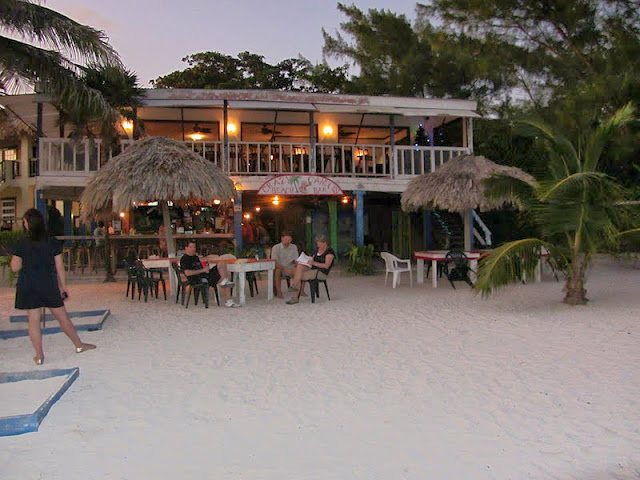 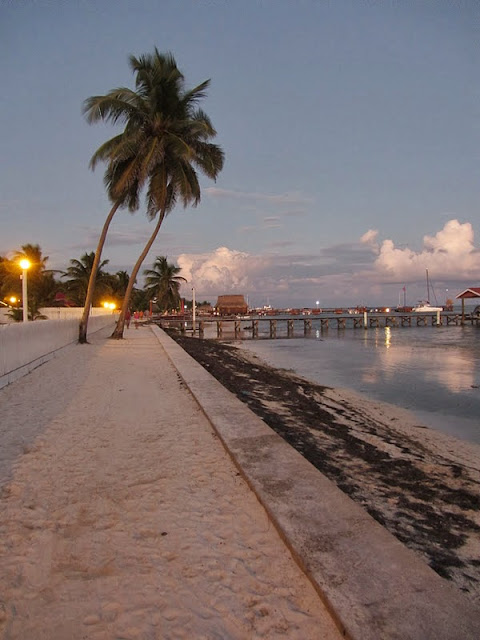 A blurry but pretty picture of BC’s Beach Bar all lit up.  I found my night time/low light setting.  Now I just need to work on the patience/steady hand part of it.  You get the gist. 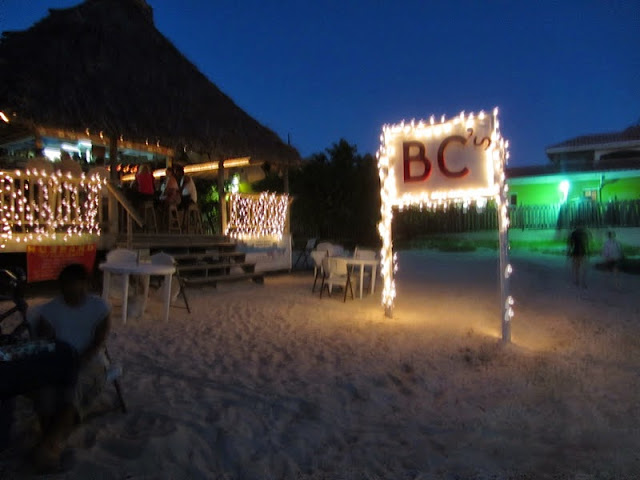 And some Christmas palm trees outside the Blue Water Grill. 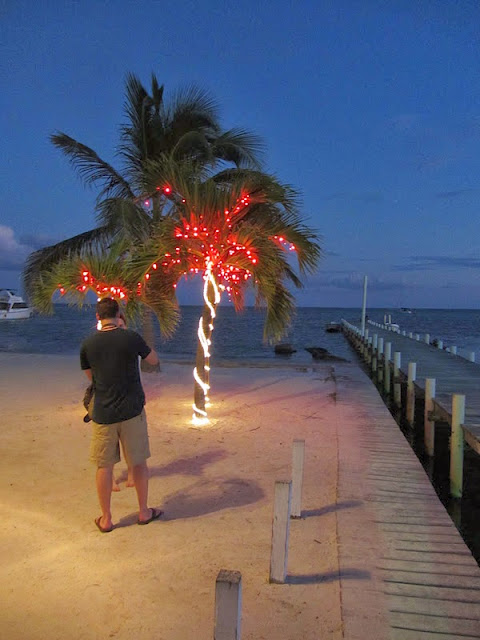 We went straight to Wahoo’s, bought tickets and the place WAS PACKED.  For the first two or three drops, it was very hard to see anything…but let it be known,  I lost.

We headed over to Fido’s for a quick snack.  On Thursday nights, they do $1 wings and $4 draft beers.  The dining room was full with large groups. 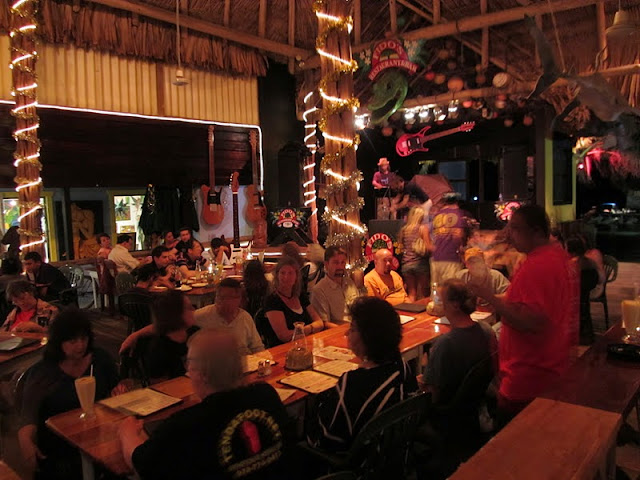 And the art store was all lit up with lots of great paintings on display. 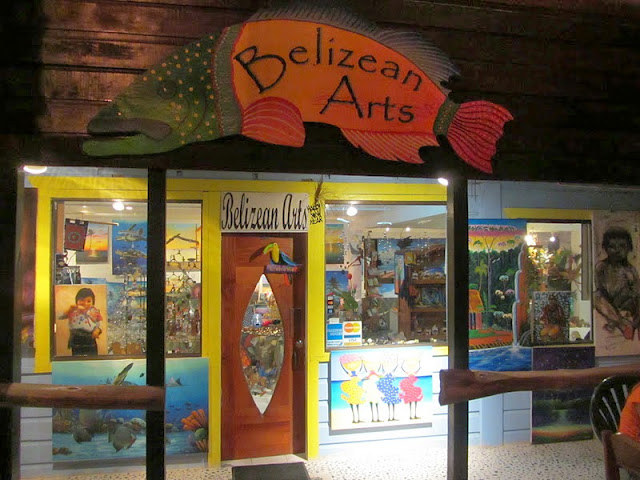 Orlando Garrido is one of my favorite Belizean artists.  I have one at home…but my ladies carry shells rather than flowers. 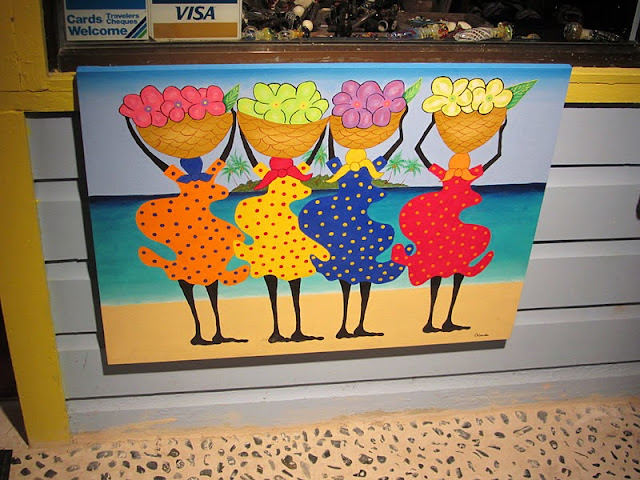 Outside, Jaguar’s and Big Daddy’s (the town’s nightclubs) are getting ready for New Years’ Eve.  The jaguar got his fresh coat of paint and they removed the wire hangers that used to be his whiskers. 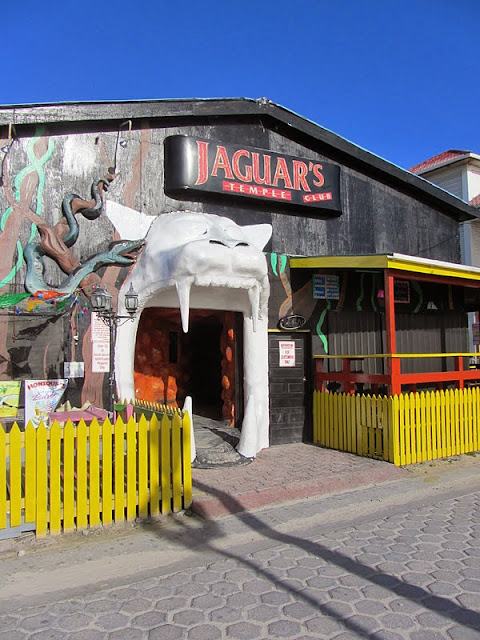 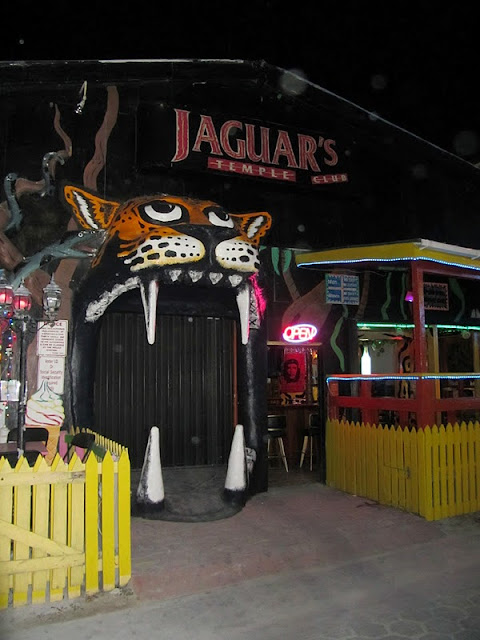 We had our last drink at Croc’s Sports Bar where people were deep into a basketball game.  Croc’s might have the longest happy hour on the island. 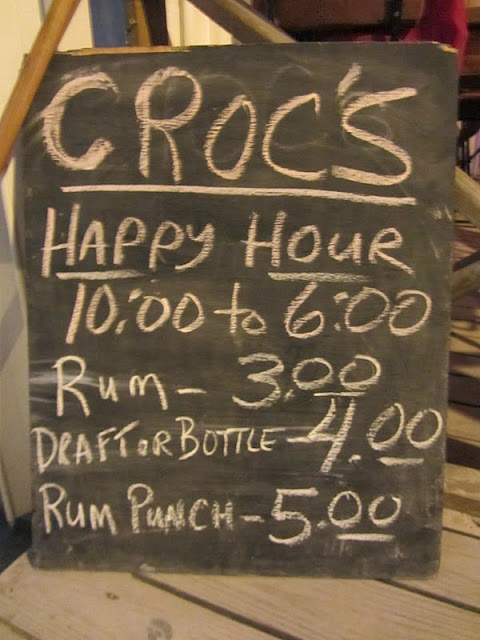 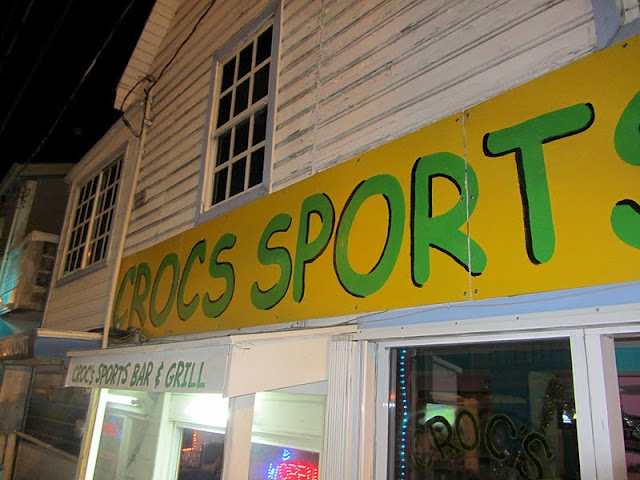 Love the face the drunken guy in the middle is making. 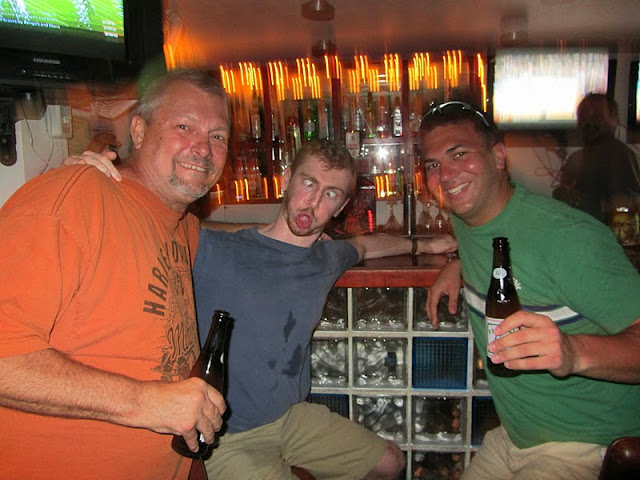 And that’s all I have to say about last night.  Today is a beauty again.  When I went to check the weather, both Seaduced and Searious (two of the largest tour companies on the island) were picking up boat loads of people to head out for mainland trips. 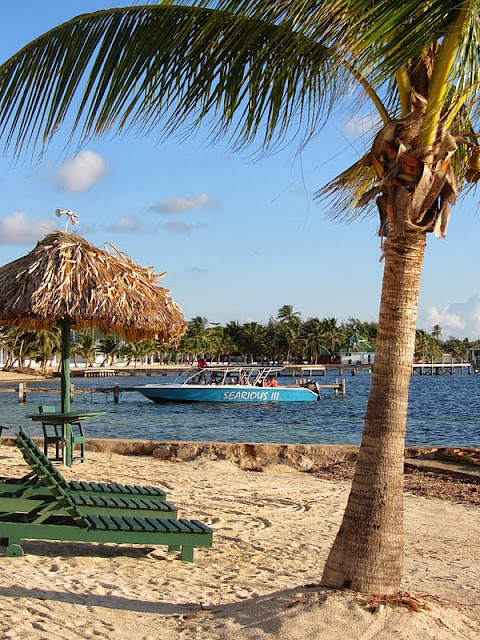 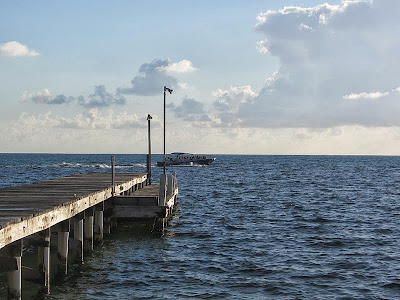 1 thought on “CHICKEN DROP! You Trick Me Again!”