The one with the biggest oven cooks the Christmas turkey.  And that makes good sense.  Many of the ovens that people own here are unreliable or just plain old.  When I rented at the Belize Yacht Club, my oven had no temperature control.  You had to spend the first hour pre-heating, constantly checking your inside thermometer and adjusting the numberless knob.  Not to mention the fact that you had to light it with a match.  Each and every time I expected to be blown out of my condo in a giant fire ball. 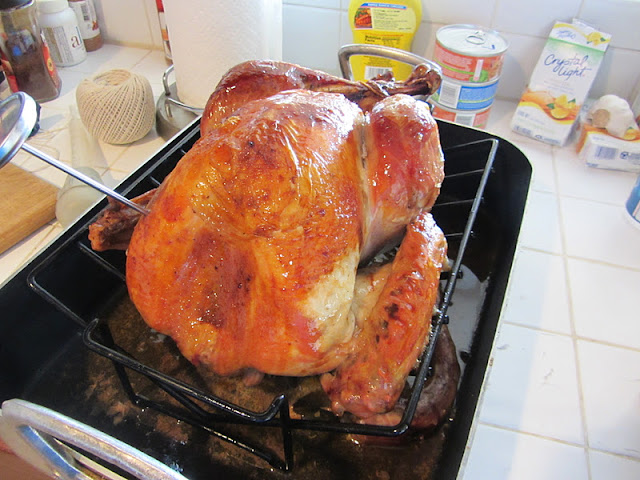 My current rental unit at Royal Palm has a proper size oven and, even though it is electric, it is thoroughly reliable.  Not only that, but I have a full sized turkey pan, roasting rack, basting squeezer, basting brush and meat thermometer.  So Kevin (a former co-worker of mine) asked me if I could cook his Christmas turkey and his Christmas ham.

In exchange for a pre-bartered amount of Belikins?  Sure…why not.  And even though I’ve cooked a turkey only once, it doesn’t seem that hard.  More time waiting than anything else.  And here is what I did.  Big shout out to my dear friend Martha Stewart.  Love you sister. 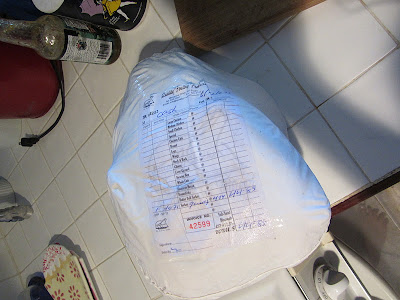 I think Kevin bought the Grade B turkey for $4.14bzd a pound.  It means that one of the wings is generally busted/half intact.  (I will continue to think that happened after the little guy was humanely killed – don’t ruin my fantasies!) 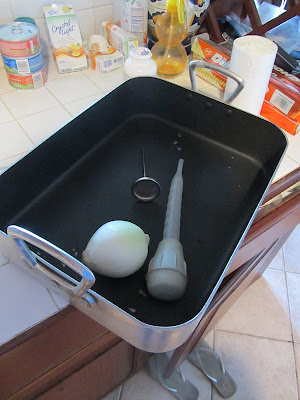 Once the turkey is thoroughly defrosted (ideally in the refrigerator), allow the bird to sit out for about an hour to become room temp.  I softened two sticks of butter – my swine-like cat Pupusa ate one while I ran out to the store – and mixed it with salt, pepper and whatever herb you like.  I wanted to get some sage but that is not widely available in Belize.  I used “old faithful” Complete Seasoning (see Things You Find You NEED When You Move to Belize)…which I think is MSG more than anything else.

Do your best to loosen the skin over the breast and jam some of your flavored butter in there (from the neck side and the back side).  Bend the wings (or wing in my case) forward and tuck it under the bird.  Stuff the cavity with a few quartered onions (MAKE SURE YOU REMOVED THE NECK AND ORGANS!) and use some butchers string to tie the legs together.  Tuck the strangely heart shaped butt in that little package.  Slather the outside of the bird with the rest of your butter.  Tent the pan with foil loosely and put into a 350 degree oven. 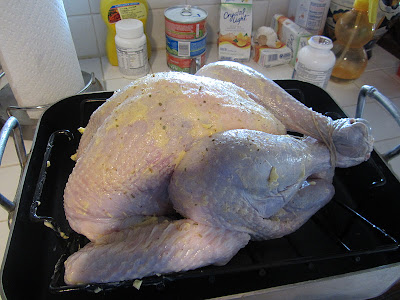 Here’s the deal…cook for 30 minutes at a time.  Take it out, baste the crap out of it and rotate it in the oven.  When the temperature of your turkey at the thigh (between the leg and the body, deep in the meat not bone) is 125 degrees, crank your oven to 400.  (It took about 2 hours and 15 mins for me – it was just a baby at 11lbs.)  Take off the foil and let her brown.   When the same meat is 160ish and the juices run clear, your bird is done.  Let it sit for 20 or 30 minutes under foil to rest.  I will admit, it looked and smelled delish. 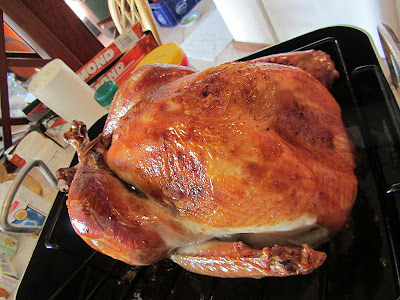 I texted Kevin, he came, packaged it up with disposable aluminum pans and duct tape and drove it off on his moped. 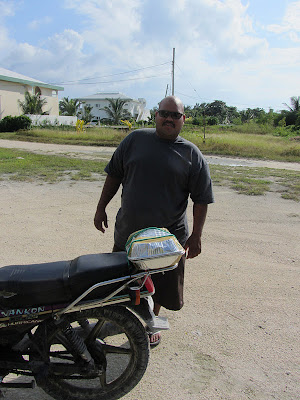 I have no idea how it tastes yet (you’ll have to stop by Average Joe’s Bar to ask him) but it looked damn good.  And I’ll be doing a ham soon (my personal fave)…stay tuned.

6 thoughts on “The One with The Biggest Oven…”