Yesterday I headed into town to have lunch with some friends – seems like most of my posts start like that…but hey I am a “Lady Who Lunches”.  As I rounded the bend, my name was called out by Little Johnny one of the very first kids I met on the island (he’s in the center).  If you’ve been to San Pedro, you know his older brother Alex.  All the boys in his family sell beads on the beach to tourists.  And in general, they are pretty polite and definitely personable little kids.  I met Johnny when he was 2 years old, was being minded by his older brothers, was wearing a diaper and loved to chase a tennis ball on the Belize Yacht Club Lawn.  Sorry bud, I’m just telling it like is was.  He is a cutie. 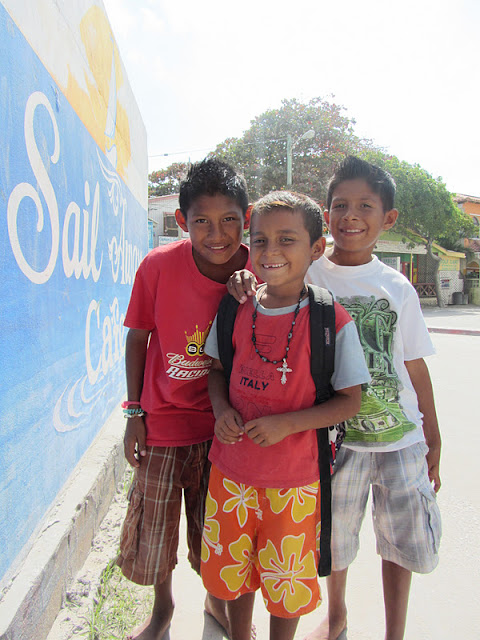 I headed over to Crave Restaurant.  Right in a prime location on Front Street, across from Croc’s Sports Bar.  Crave does some kick-ass lunch specials – check them out.  (Am I allowed to say “kick-ass”?) 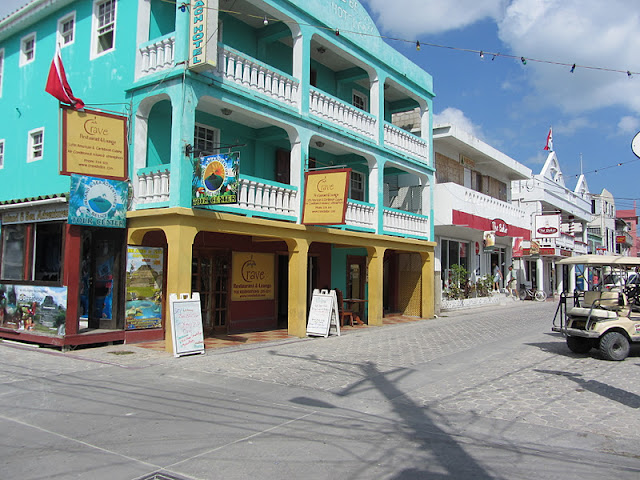 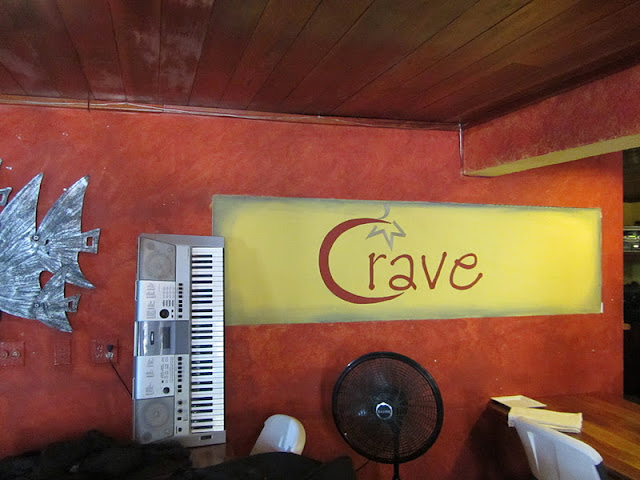 Here is the menu for lunch.  Friday, though is Chicken Fried Day with Live Music with Barefoot Skinny.  There is chicken fried chicken, steak and then steak with cheese.  Oh my. 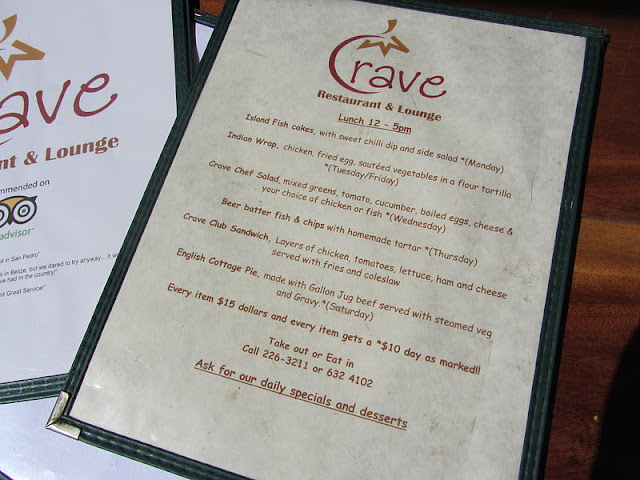 And you are NOT going home hungry, two big pieces of steak, a mountain of real mashed potatoes, corn, TONS of peppery gravy and my favorite part?  Fresh crunchy green beans.  I haven’t had them in ages and they were delicious.  I had enough for a hearty, go-home-immediately-for-a-nap lunch and dinner.  I still have a small heap of potatoes in the fridge.  This meal ain’t no joke. 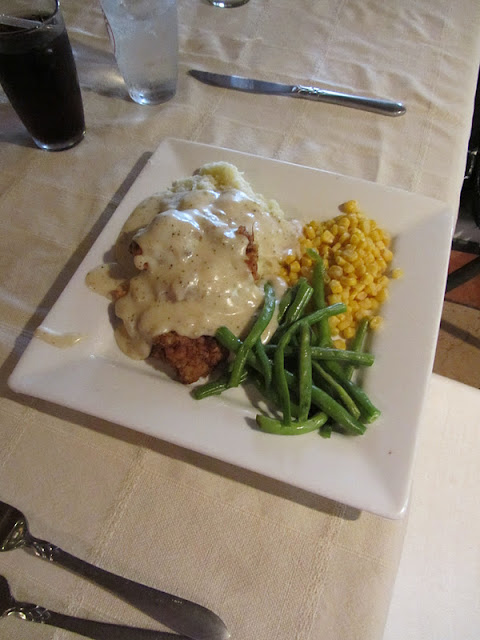 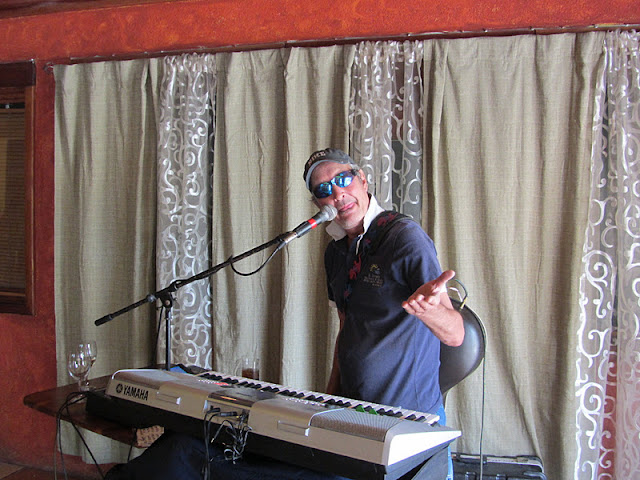 Crave filled up pretty quickly and people were really into the music. 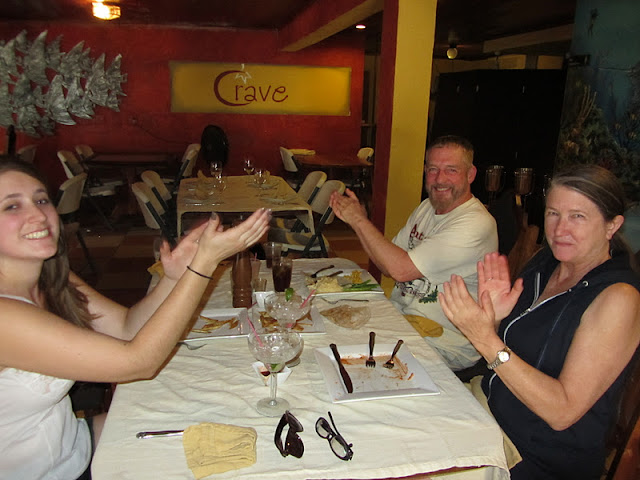 Later that afternoon, fireworks were announced.  For some reason they had been postponed from midnight on New Years Eve until yesterday, January 6th.  Hmmmm…a date that is also, strangely, the mayor’s birthday.  While my pictures are terrible (taking pictures of fireworks from 1 mile south of town is HARD!), you will notice that there is a overriding color theme.  RED.  Almost all of them were RED (I’d say at least 75%) and I didn’t see one blue display during the whole show.

Now why would that be?  Allow me to speculate…the UDP (incumbent party) is represented by the red color…all government officials will only be seen in that color leading up to the March 7th election.

PUP (the other major party) is blue.

Not a subtle message.  YOU MUST OBEY! 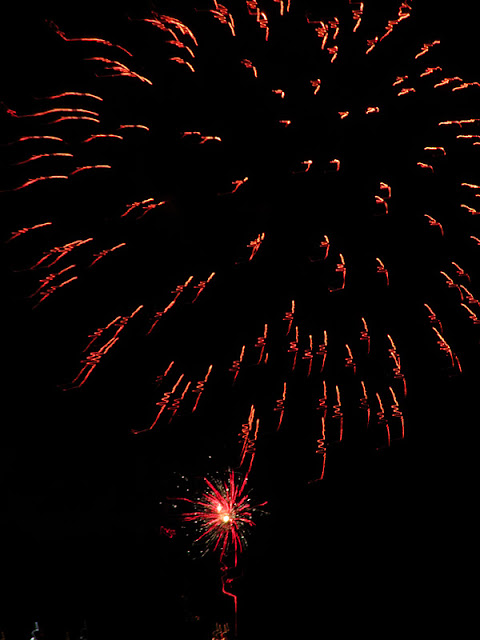