Home » Belize Travel Blog » Around AC » Big Boats at the Belize Yacht Club, The New Holiday Hotel and Some Changes in Town

I haven’t been into San Pedro town in a while…at least not since I returned from my trip to Mexico.  Yesterday, we took a walk and passed the Belize Yacht Club.  About 8 BIG boats are parked along the dock and their crews were furiously swabbing the decks. 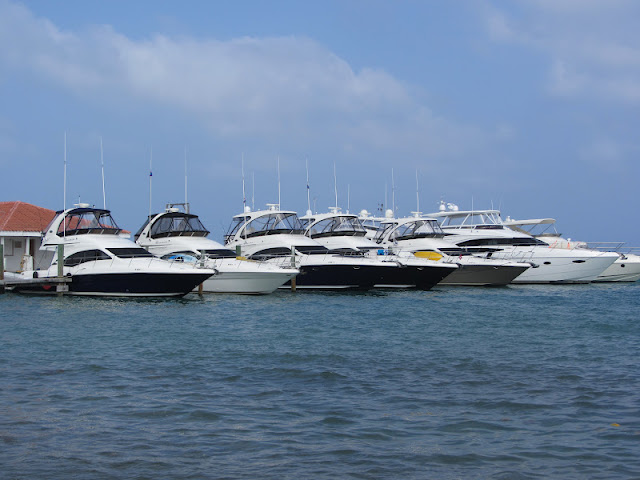 All boats were flying American flags and none had home port on the stern except for a huge one on the other side from Oyster Bay, NY.   A crew member said that all the boats (except the one from Long Island) were owned by Guatemalans, that they are in Belize for Easter and that they are headed down to the Rio Dulce.   Great looking boats. 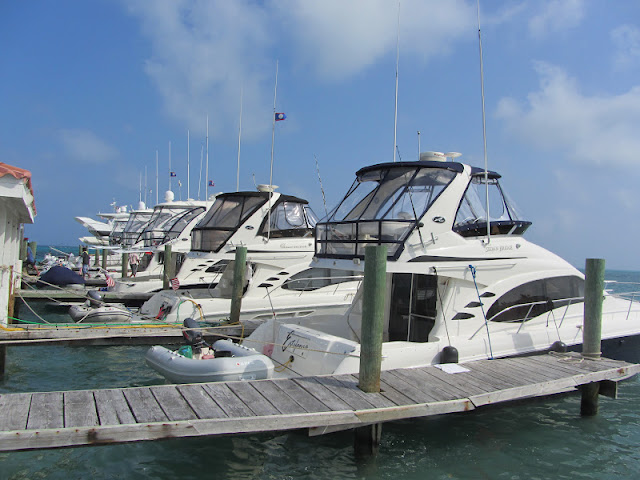 This is one of the medium sized boats, Vitamin Sea. 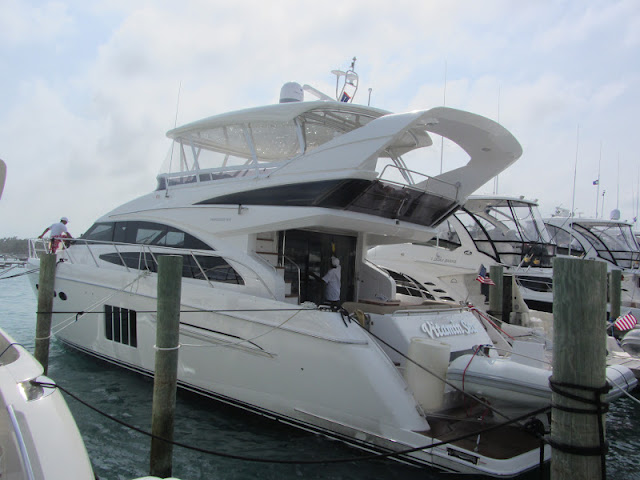 Usually a few more big ones come in for the Easter weekend.

In town, I passed the new Holiday Hotel patio and bar.  It was closed for a number of weeks for remodeling and it looks like an entirely new place.  Lots of lounge chairs, a huge covered deck with nice dark wood furniture…I think it is going to be a huge hit. 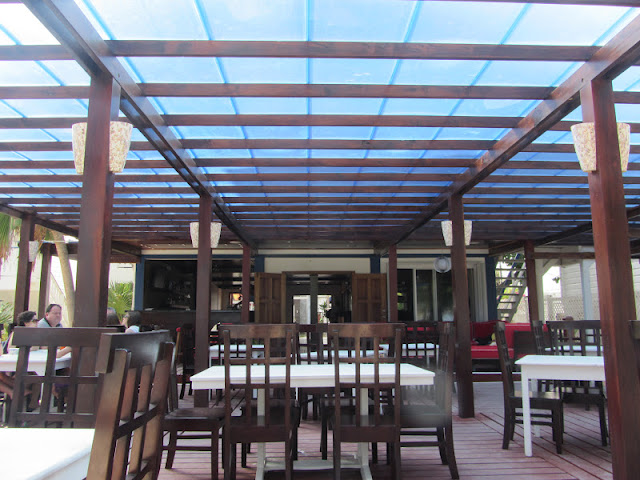 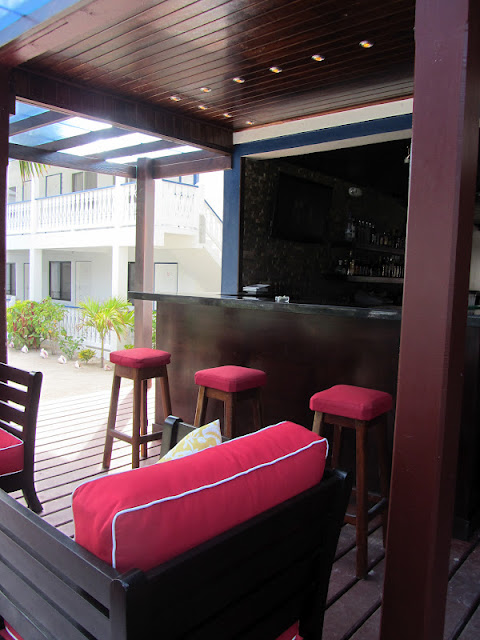 There is even a stone wall/water feature.  Pretty swanky.  Pretty cool. 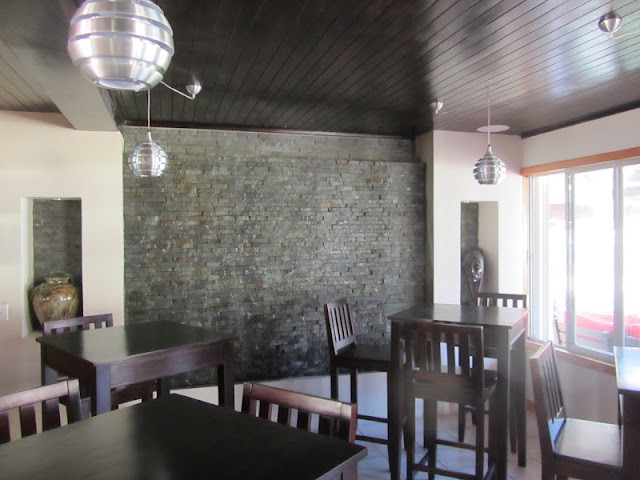 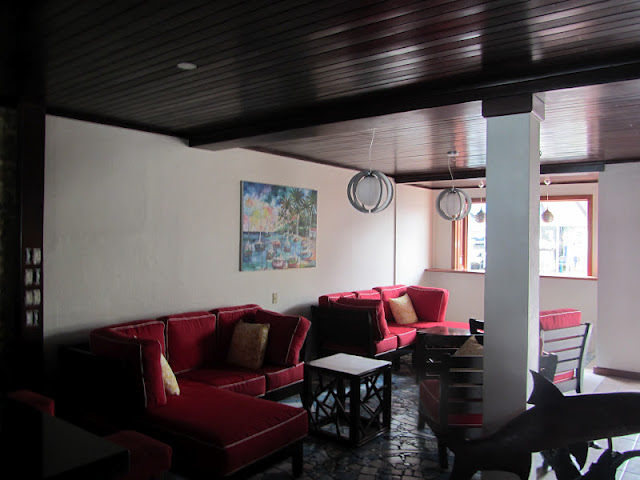 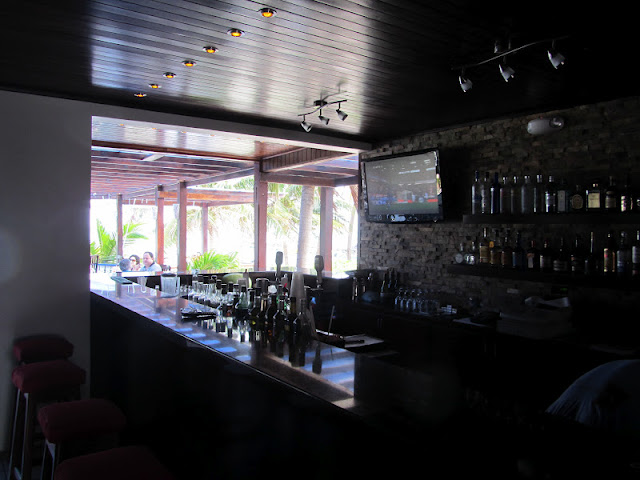 The Baker has relocated out of this huge Front Street store; a Lebanese mini-market quickly moved in.  How are these guy affording this astronomical rent??? 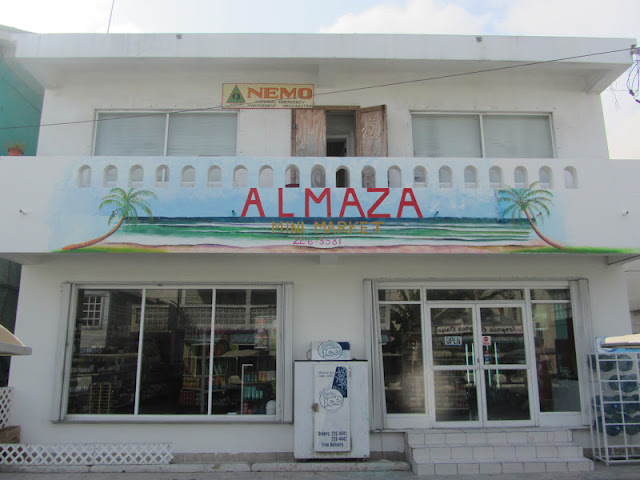 Daddy Rocks (the old Big Daddy’s…one of the first bars on the island over 40 years ago) is covered in zebra stripes. 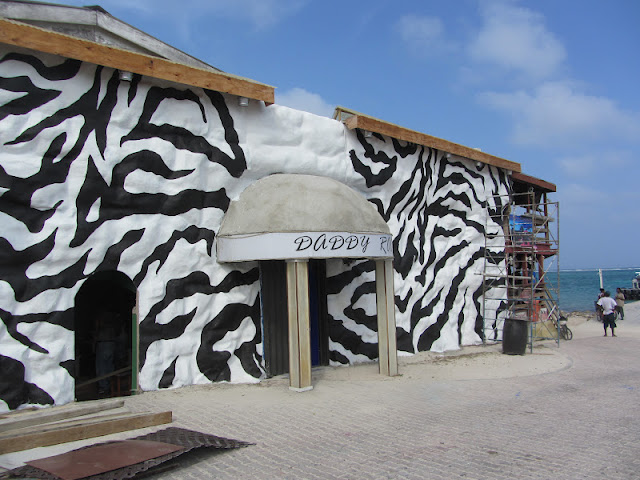 They have LOTS going on this weekend…like many other places.  Here is the flyer. 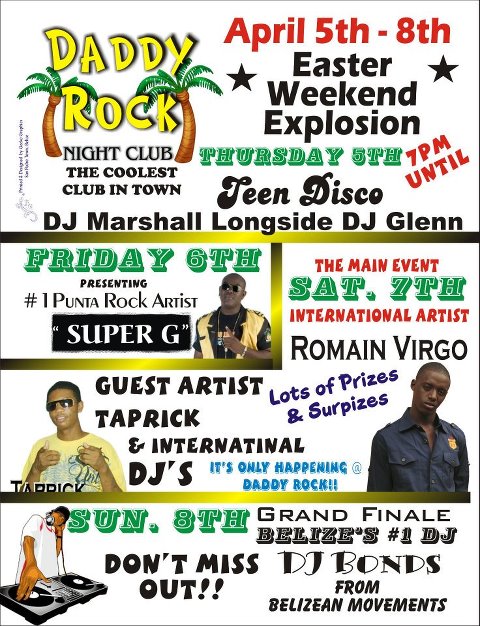 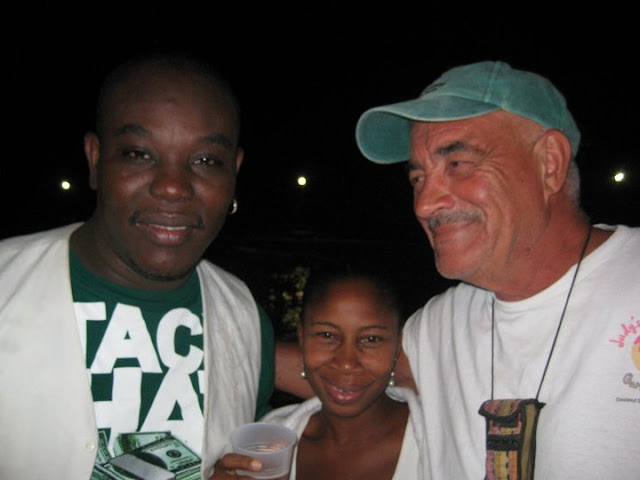 A large group of Belize Coast Guard guys were out on the municipal pier.  I think all were here for yesterday’s incredibly sad rescue effort at Hol Chan. 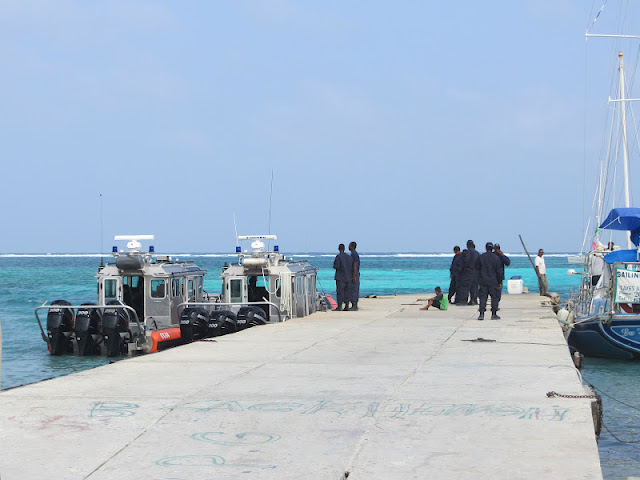 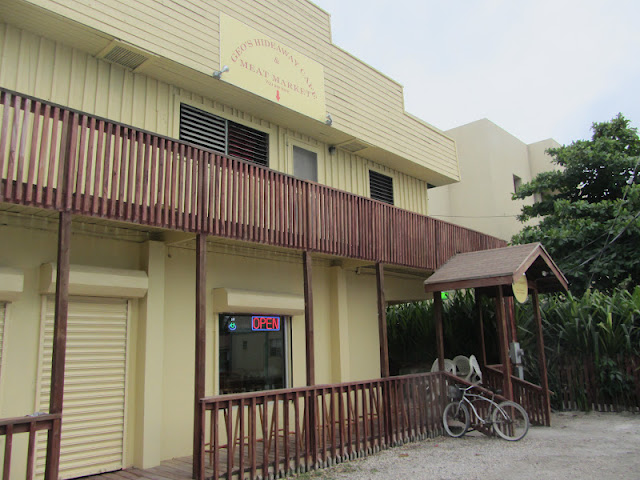 Okay…back home.  Coconut’s Hotel was BUSY (they are always packed up for Easter weekend)…and their new bar/sports bar has a new sign (this could have been here for months but, hey, I’m just noticing it). 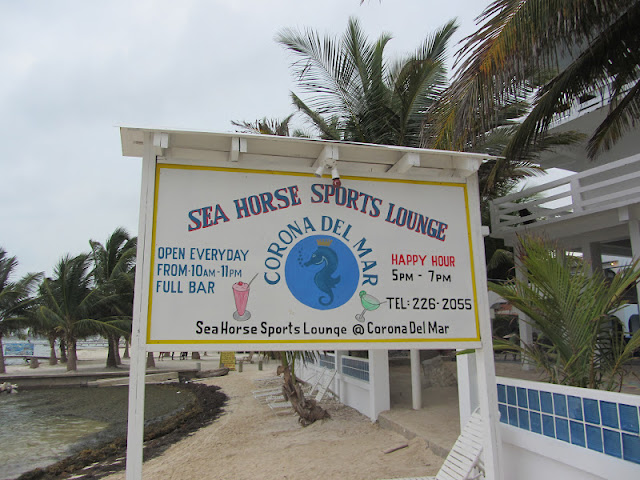 I’ll keep you guys informed about all of the Easter happenings…it is a HUGE party weekend here in San Pedro.