Located about 3.5 miles north of the bridge, sandwiched between Captain Morgan’s Resort & Casino to the south and Coco Beach to the north, is Essene Way.  A large property right on the beach that has been closed for quite a while, I took a walk around this place yesterday and found it very very intriguing.It has a wedding chapel, biblical references, angel and eagle statuary, large empty pools, a huge cement whale, a crumbling dock, a cracked basketball court and overgrown trees and bushes.  There appear to be quite a few people living on the property. 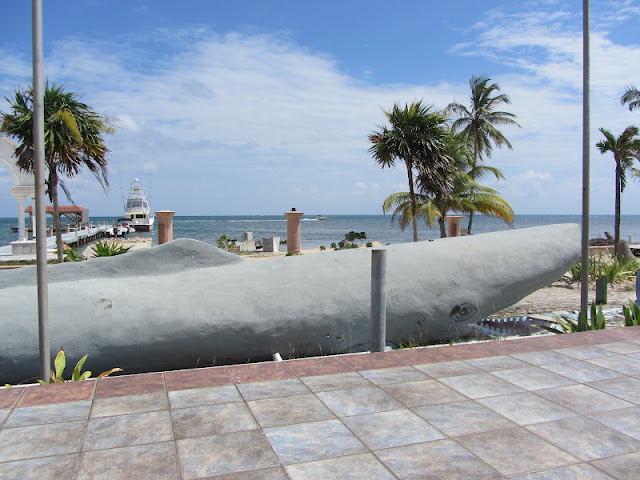 What was this place?  When was it built?  What was it used for?  Why was it listed in this probably 15 year old article in Belize First as one of the 10 best hotels on Ambergris Caye?  (How times have changed!  Belize Yacht Club?  Coconuts?)  I certainly didn’t answer all of my questions…but here is what my internet research yielded me.  Take this all with a grain of salt…some was cobbled together from the various forum discussions. 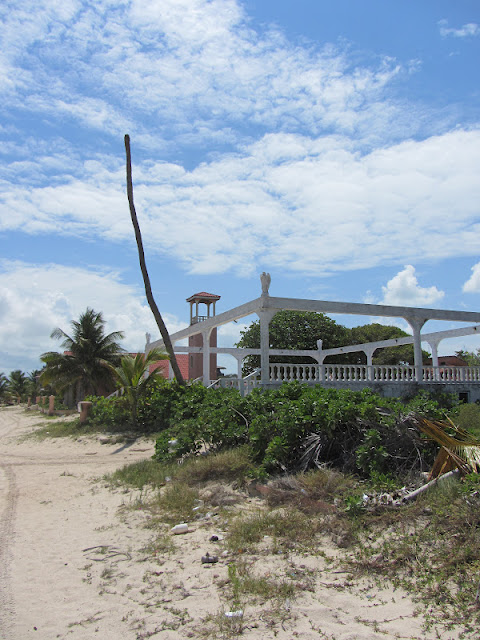 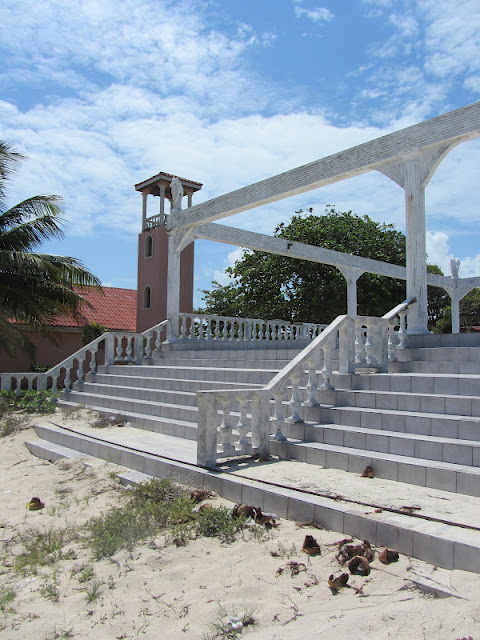 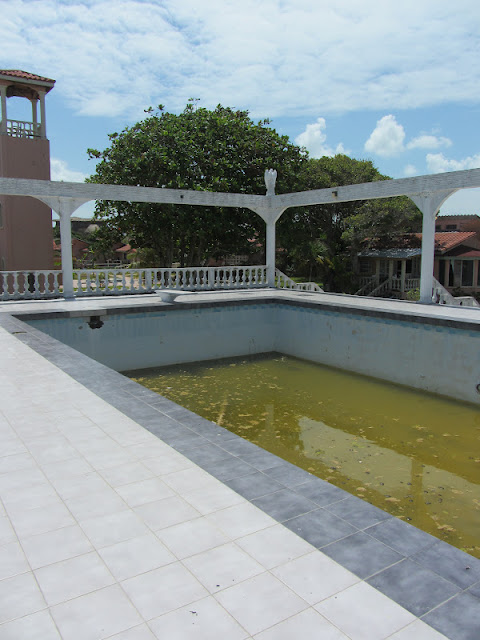 The word Essene seems to define a sect of early Judaism and very early Christianity that flourished between the 2nd century BC to the 2nd century AD.  They were characterized by a strict and simple lifestyle, celibacy and living in a organized, communal way

Open as early as the 80s, this property was called The Belizean Hotel.  The luxury hotel was built and run by a French family, the Pierres, (possibly the heirs to the company that produces Perrier water) but sold when a family member passed (or it went bust…there are a few accounts).  Apparently they were well known for lavish parties and entertaining.

According to Belizefirst.com, the facility was then purchased in 1993, was renovated for $7 million USD and then opened in 1997 by developer, biblical scholar and food supplement entrepreneur Tom Ciola (owner of “Hot Stuff” supplements) to offer free vacations to terminally ill adults.  Mr. Ciola entered into a $2 million USD contract with an American company for complete solar energy.  There was also a reverse osmosis water treatment system in place.  When the resort opened, Ciola stated that they didn’t have enough funds yet to make the property 100% humanitarian but that was the end goal.  (Rates at the time were quoted as $125 USD a night). 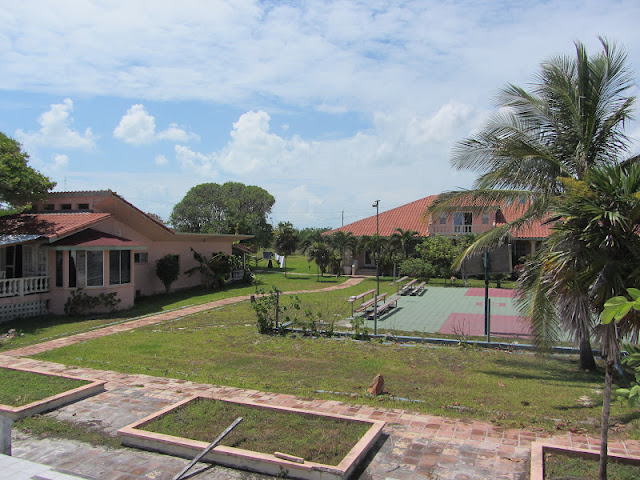 Now that sends me off on a tangent.  Tom Ciola, author of books like “Steroids Kill!” and “Moses Wasn’t Fat” a biblical approach to health and fitness, was involved in athletics and the natural health movement since the 1960s.   Apparently God singled out 7 foods as important:  wheat, barley, vines, fig trees, pomengranates, olive oil and honey.  (Those who are eat gluten free beware this biblical wrath).  He created a nutrional granola bar called “The Bible Bar”. 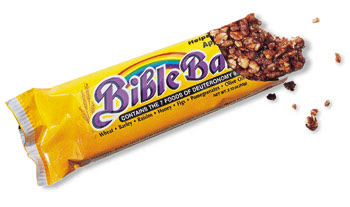 When the bar became a hit at Christian stores, he expanded his line, according to Motherjones.com, to include Bible Granola, The Seeds of Samson (a seed and nut bar) and Back to the Garden, a bible based meal replacer.  You can’t make this stuff up.
This book and the bar seemed to cause some controversy at the time (as well as some people poking fun)… there are short articles in CNN.com, the New York Times and NPR about it. 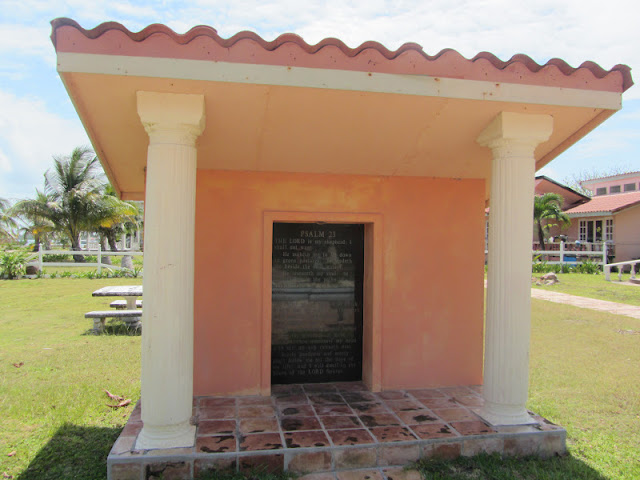 Back to the main story…there also seems to be information (perhaps speculation) that the resort was equipped for the possibility that 2000 (that Y2K media hype seems so long ago) was the end of the world.  They were set up for doomsday and had enormous stock piles of food and supplies.  Though the end of the world obviously didn’t happen, it was not completely far fetched… 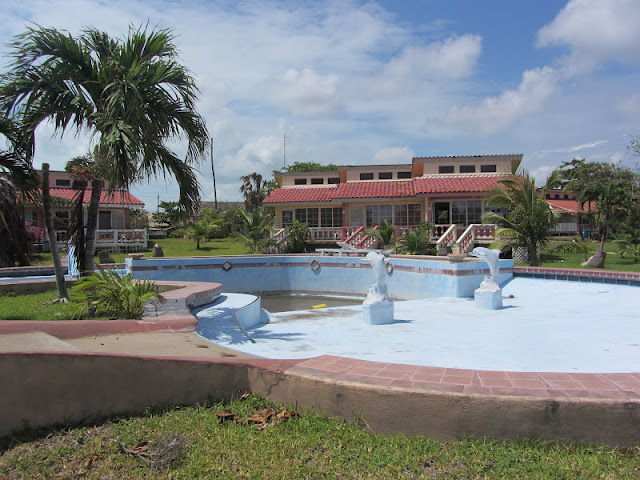 Essene Way and all of Ambergris Caye was hit hard by Hurricane Keith during the first few days of October, 2000.  All 1200 solar panels were lost at the resort. 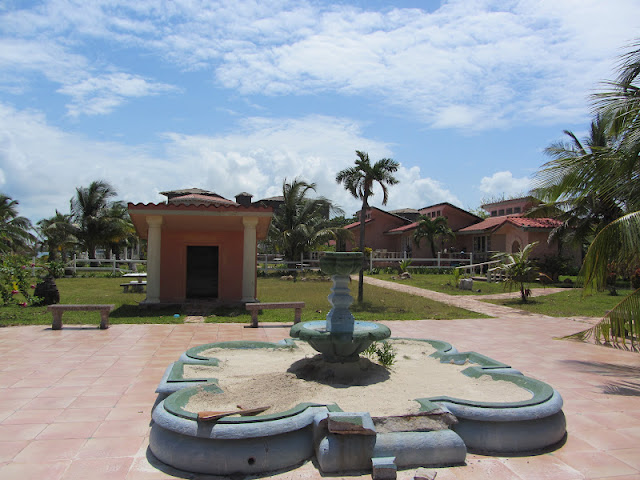 Paul Ciola, the owner’s son, operated a pizza restaurant and delivery service on the property before the hurricane.  A few years later, he returned and opened another pizza joint in town.  It was called Pauly’s Pizza.  (There is a full article on the operation in this 2005 San Pedro Sun.  I like Pauly’s money back guarantee on pizza.  Pedro’s take note). Caliente, a very popular Mexican food place, also used to have an outpost as “Caliente North” at Essene Way.

It appears that Reverends Tom and Paul Ciola are currently performing wedding ceremonies in Orlando.  See:  Vows Are Forever for pictures of them and more information.  Here is the closed wedding chapel at Essene Way.  It has quite a stained glass window behind that overgrown tree. 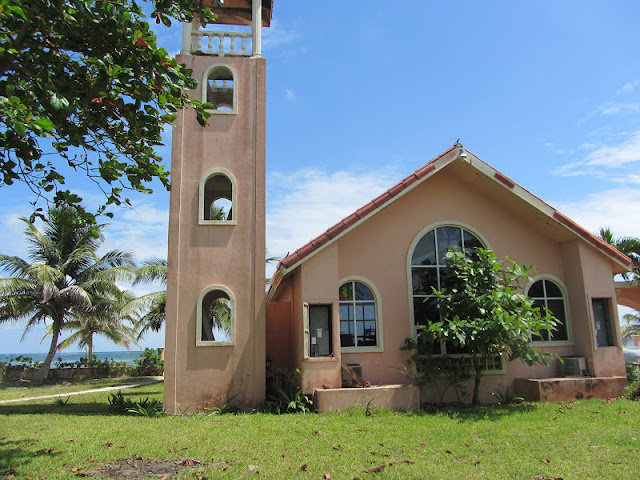 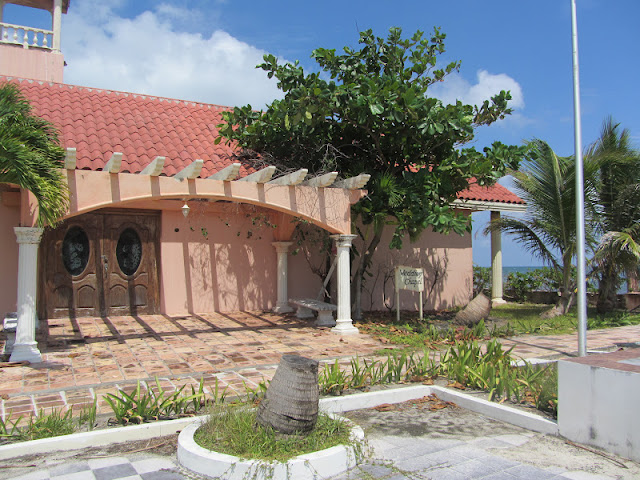 According to some travel sites, Essene Way was operating as a resort as late as 2005…or maybe it was called Eden Villas at that point.  I’m guessing another owner? 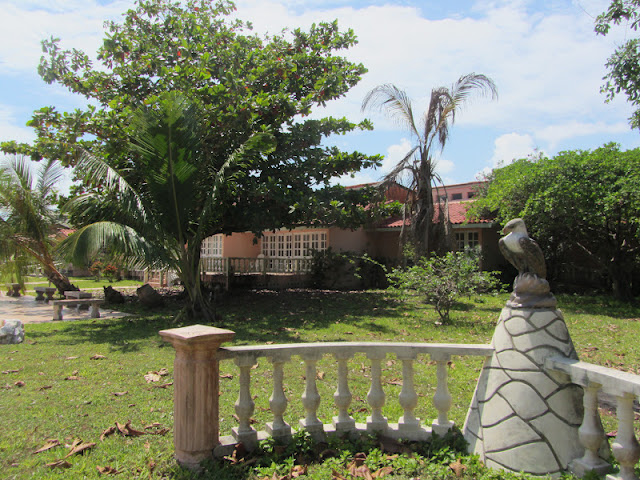 One contributor to a site indicates that perhaps Las Terrazas resort or maybe even Captain Morgan’s purchased the area some time ago, own it now and have yet to develop it.

I find all of this fascinating…almost too interesting to be true.  And the actual property just as interesting.  Anyone who has been here longer than me (6 years now), probably knows lots about this mystery development.  Any and all information or speculation on this property would be appreciated.  Now I’m hooked.