Every Thursday night, there is trivia tournament at either Pedro’s Inn or Roadkill Bar.  Last night, we studied up and headed to Pedro’s to take the entire pot.  We were totally in it to win it.  And our team lost by 1/2 of a stinking point.  Ugh.  I’m still not over it.Here is Pedro’s full schedule for the holiday weekend. 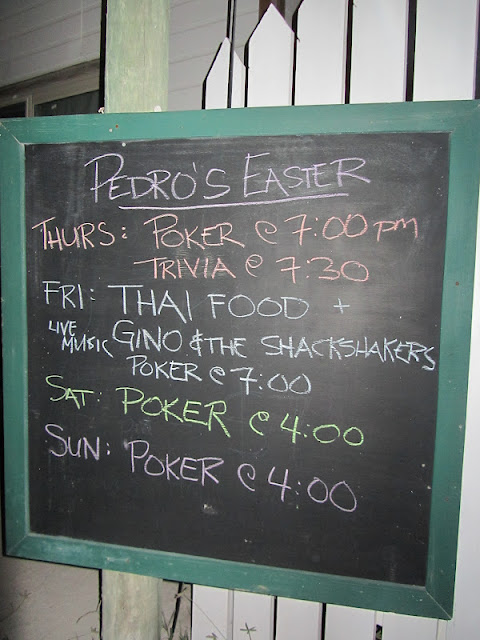 Trivia starts at about 7:30pm, it is $5bzd for each player’s entry fee and there are 5 rounds of 10 questions with a pictorial bonus round.  Cindy is the no-nonsense quiz mistress.  Her word is law on Thursday nights.  Even loud mouthed Pedro cannot sway her. 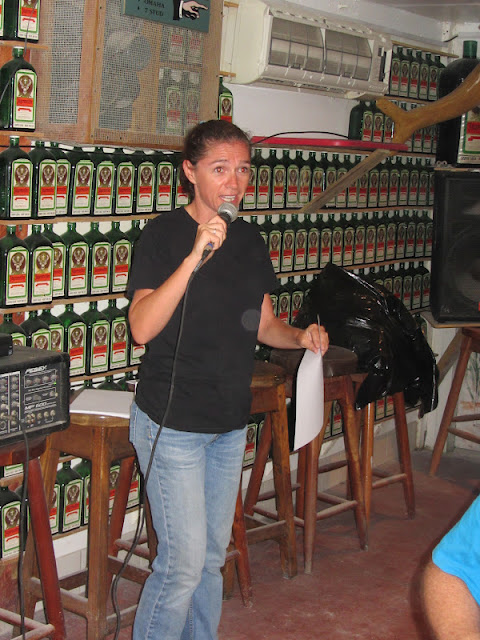 We ordered some pizza first since the place was packed….half the crowd or more were students staying at the hotel. 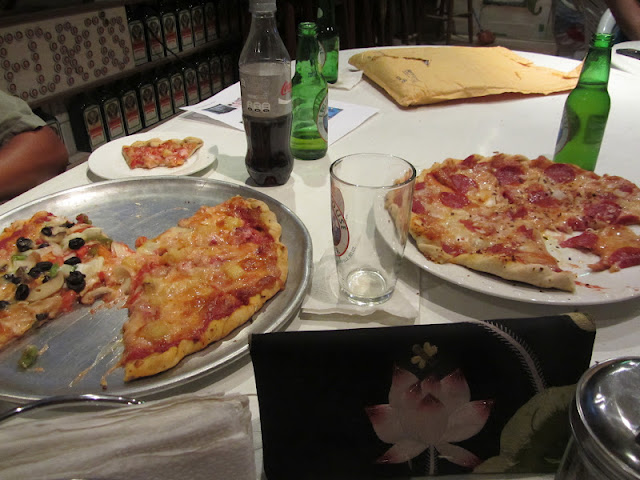 Peter (the owner) was nice enough to offer a free drink.  Of course we were allowed only one choice:  jager shots.  Nice?  Not really.  He was trying to throw us off our game.  I saw the fear in his eyes.  The quiver in his lip. 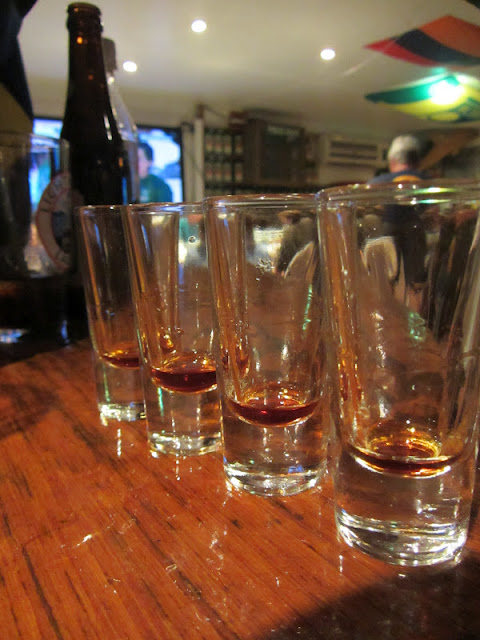 We formed our team, the Plantanos (we’ve been eating a ton of plaintains recently)…Cesar (on the left), Dani (on the right), Beth and I joined forces.  TacoBoy (center) was on some another team. 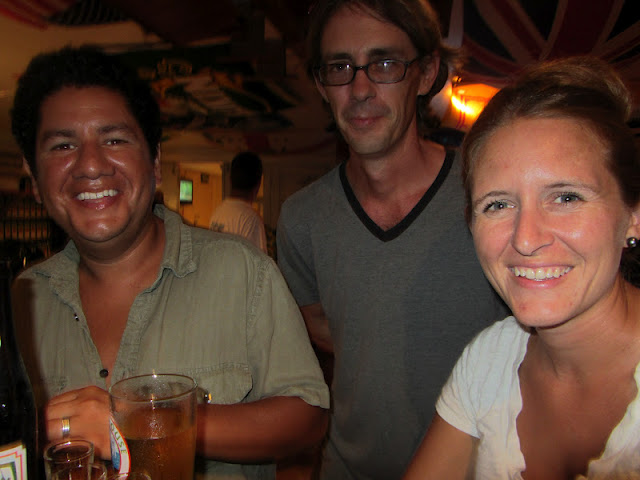 We sat down to the quiz and were given the picture round first.  It was Films that start with the Letter F. 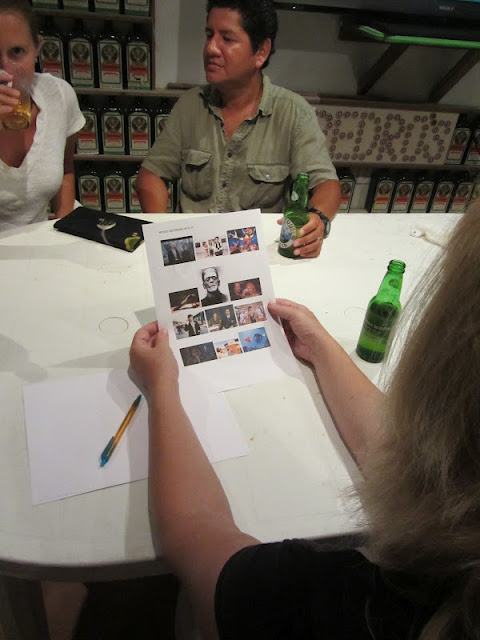 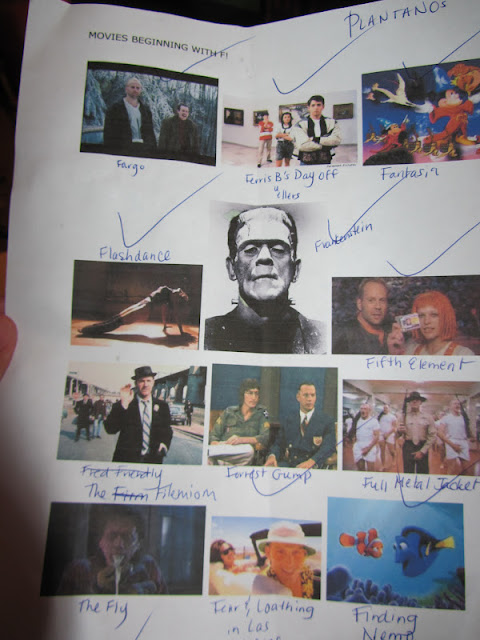 We missed hard questions, I thought.  Like…what was the model of the car that was driving JFK when he was shot?  or  How many bytes are in a kilobyte?  or A group of geese on the ground is called a gaggle.  What is it called in the air?  Difficult, right?

After a very heated battle, the team called the “Roadkillers”, a team of five, came in first and won the $160 pot.  BY HALF A POINT! 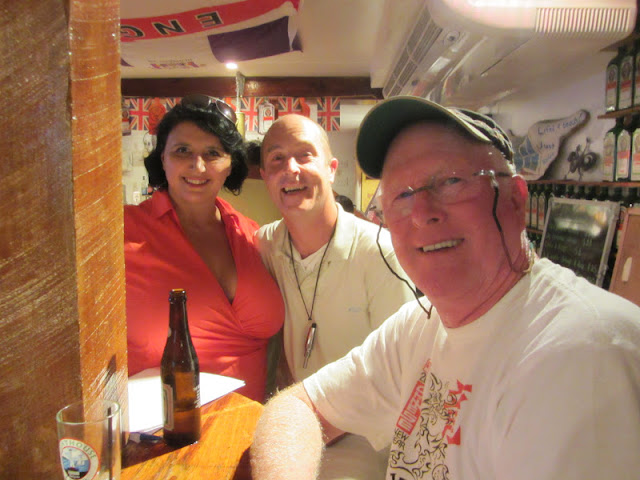 We ended up tying for second place with the “Rojo Wankers”, another team of five (just pointing that out since we were only four…no extra credit for that???).  Here is Peter from Pedro’s Inn and Jeff from Rojo Lounge/Azul. 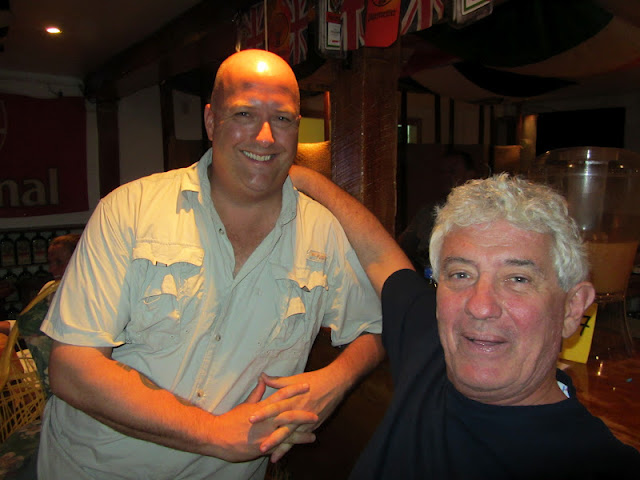 All the teams had a good time… 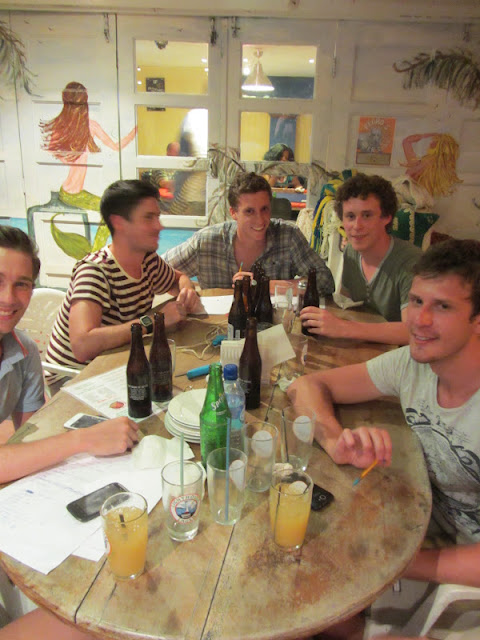 I need to put together a MEGA team, a team of sharks, whizzes, those who know their trivia and show no mercy.  Please send me an email if you fit the bill and want to win some money next week.  Beth and I have some openings on our team.