For years, Belikin Beer was an absolute beer monopoly in Belize.  It was the only beer legally available in the entire country.  But in 2009, the government of Belize made an agreement as a part of CARICOM (the Caribbean Community and Common Market) so we could import beer from other member countries.First came Heinekin, bottled in Trinidad and Tobago, then Red Stripe of Jamaica and finally Banks Beer of Barbados (especially popular in the south of Belize).  “New” beer become the cool thing and people were willing to pay a bit extra for it.  (For a review of all the beers of Belize and the best according to ME, see:  The King of Beers).

Heinekin started a big marketing push and sold beers in cans (a novelty in Belize where we are used to thick re-usable bottles)…much more portable and well…cool.  (They are not the most popular exported beer in the world for nothing.)   Belikin matched them and released draft and Lighthouse cans widely a few years later for Easter of 2012. 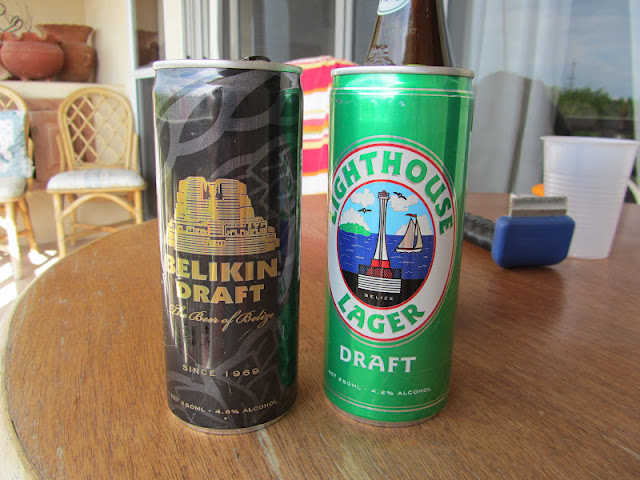 Belikin and their new brew master also invented a new flavor (what a GREAT idea) for Christmas called Holiday Sorrel Stout.   The only sorrel stout in the world. 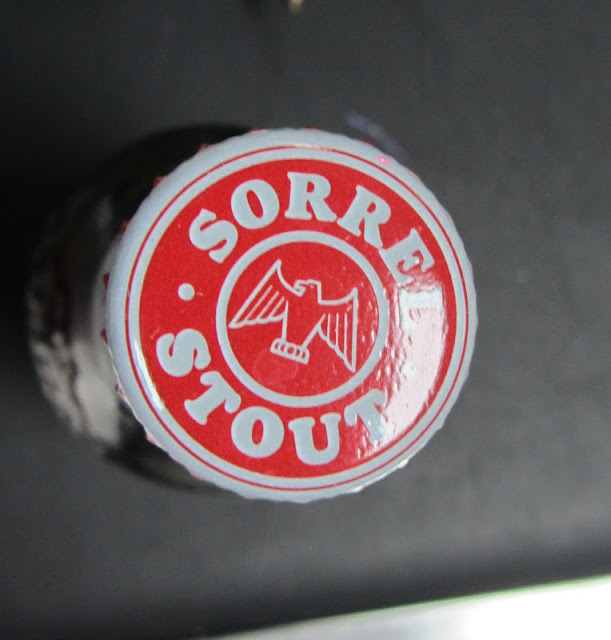 A little bit sweet, a little bit spiced, it actually grew on me as I tried it.  Even if you didn’t love it, the idea of a limited edition holiday stout got people excited and I’m guessing, probably buying a bit more beer.

For the 2012 Cacao Festival that is held annually, Belikin brewed a new flavor of Stout.  A limited edition, draft only Chocolate Stout.  Again, I LOVE the idea!  Made with Belizean cocoa and released at the festival in Punta Gorda last weekend, this flavor should generate lots of excitement.   (Let’s all hope a lobster brew isn’t coming for the upcoming festivals).

The beer was released to just one bar in each area of Belize.  In Caye Caulker, the stout is sold at the Lazy Lizard and in San Pedro, at Fido’s Courtyard.   I stopped by Fido’s to taste it yesterday.

Belikin has done some advertising on Facebook and YouTube with pictures of the kegs and of the Cacao Festival and a video presentation from the brew master.  But puzzling to me…why hasn’t Fido’s been promoting the heck out of this?  When I stopped by yesterday, I didn’t see a sign or any mention that they exclusively have the newest flavor in Belize.  Seems like people would stop in just to try it.  Or have a pairing/special with a chocolate dessert…or even (after tasting it), have a chocolate stout float.  Chocolate stout with vanilla ice cream in it would be delicious to me.  Or maybe a pairing with local chocolates?  It would certainly be fun to try. 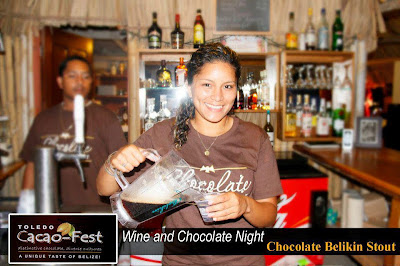 Chocolate seems to be the right blend with Belikin Stout (which has a dark, honey flavor) and after tasting it, it is.  The first thing you taste in the beer is cocoa.  It is not subtle.  And then the dark, slightly bitter stout flavor.  It is not heavy and creamy like Guinness, it is not terribly sweet, it is…well…tasty. 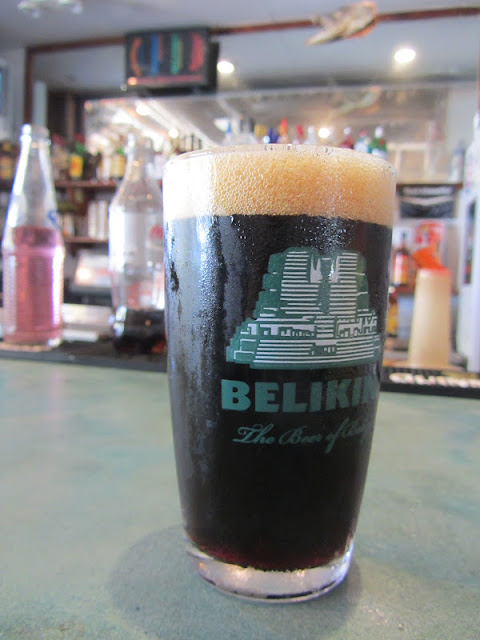 I like it but I am a total dessert person…and well, a beer person.  This blend is right up my alley.  Try it and definitely let me know what you think.

I hope Belikin sells it at the upcoming Lobster fests.  What a great way to draw people to their booth.  Maybe a twist on the classic Black & Tan?  And t-shirts?  I think they would sell like hot cakes.  But that is just my opinion since I would love one myself.  Enjoy!

An amendment:  Apparently the Chocolate Stout is going to be available in bottles in limited release later this week!  Bars?  Get hopping! 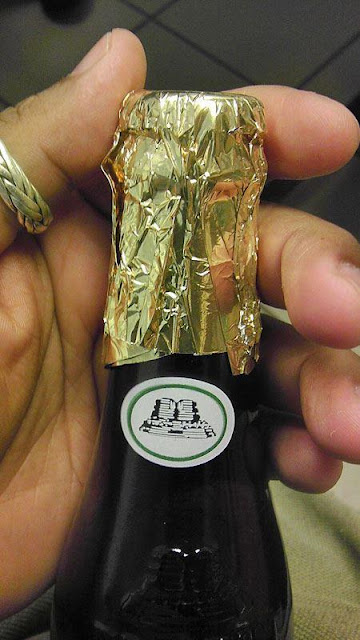 2 thoughts on “What a Great Idea: Tasting the New Belikin Chocolate”