Yesterday morning we left Coronado and Cesar’s parents to head to Panama City for 3 days and to end my trip to Panama.  We walked down to the beach to take one last swim on the black and tan sand beach.I remain fixated on the pure jet black sand.  For some reason in pictures, it just looks dirty grey. 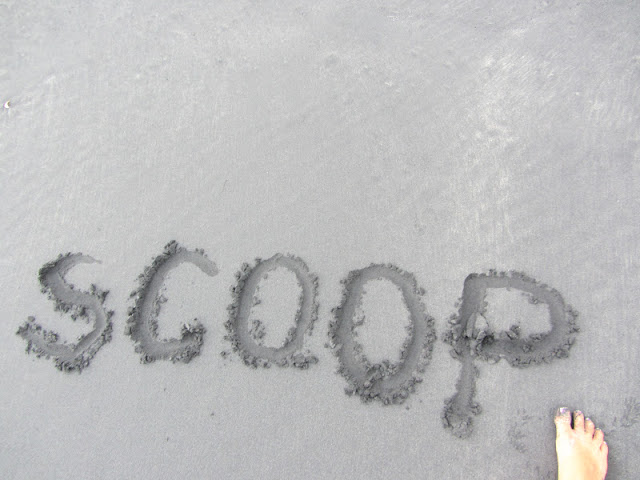 Some bad weather was rolling over the mountains…time to skedaddle. 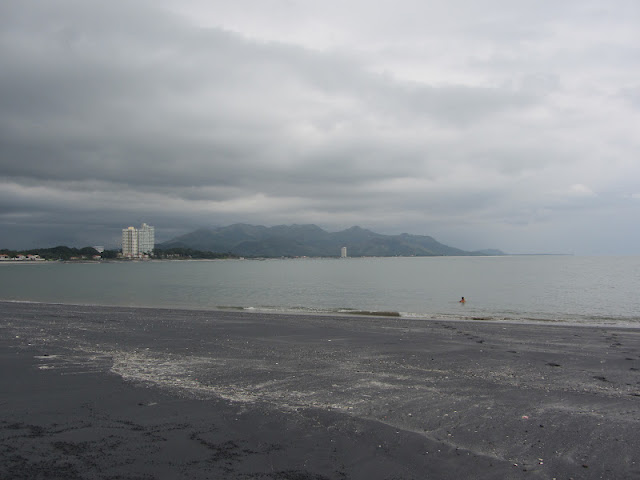 On the way to Panama City, we stopped at a huge brand new shopping center.  The Westland Mall.  Huge, brand new and pretty empty.  They did have a very impressive food court with every fast food place you can imagine (from Taco Bell to McDonalds to Carls Jr to Quiznos…sigh) and a few stores…most knock-offs of Abercrombie and Fitch.  Apparently the frat boy look is popular world wide.

I found this a poor name for a women’s store but perhaps I’m just too sensitive. 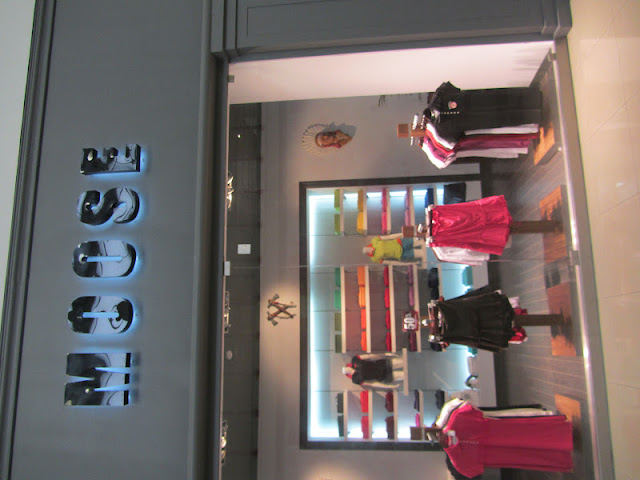 Cesar and Dani begged me to pose with the huge stuffed bear.  Danni was getting mauled while Cesar was high fiving the bear. 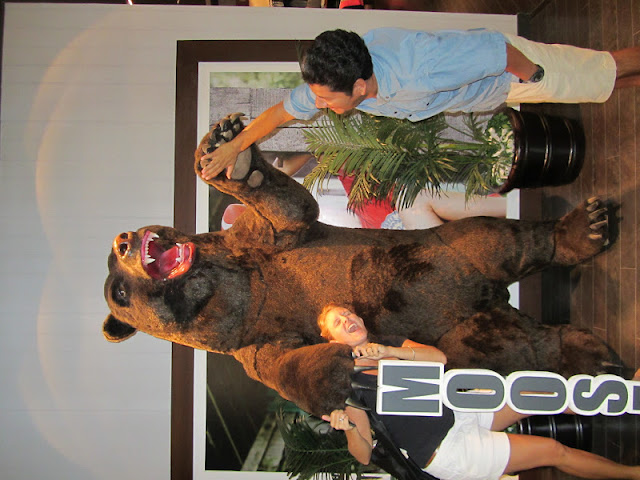 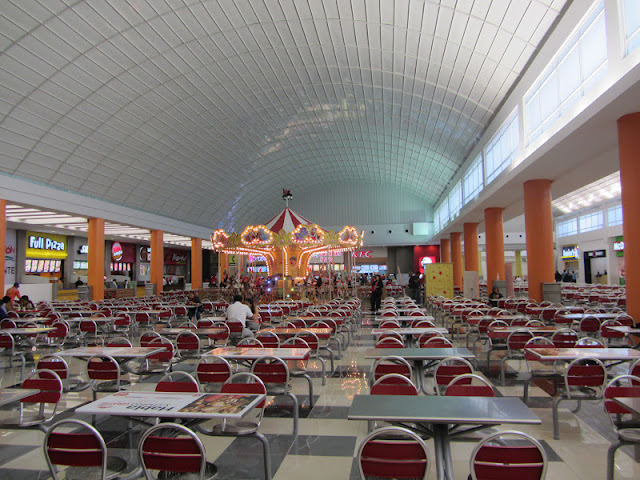 About an hour later we were a bit lost in Panama City…we crossed over the canal (which looks amazing) and through the Canal Administration area.  Here is the old YMCA building. 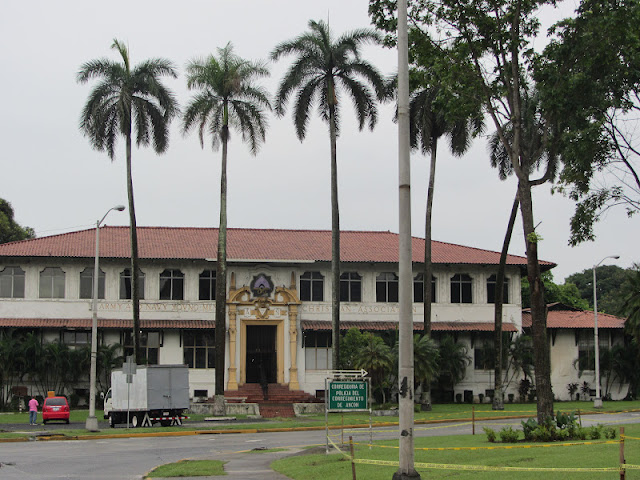 We finally made it to the Congrejo area, found our apartment (from VRBO.com) and went out to do some investigating.

The neighborhood is really nice…quite residential with lots of bars and restaurants.  Almost next door to us is a brewery/pub.  We stopped in.  And were offered free tastes of all their beers.  Love this place. 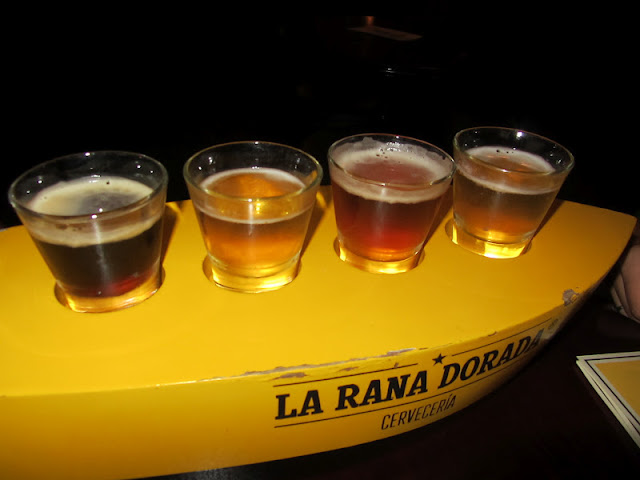 We had a few pitchers of the blond beer and some nachos and deep fried cheese balls.  The place really started filling up…Panama vs. Cuba soccer match was just about to begin.  I’m sure you were all watching it at home.  A real nail biter.

It seemed like a great idea to walk down to the HUGE casino a few blocks away.  It’s on a slightly shadier street.  Lots of places subtlety offering girls and rooms. 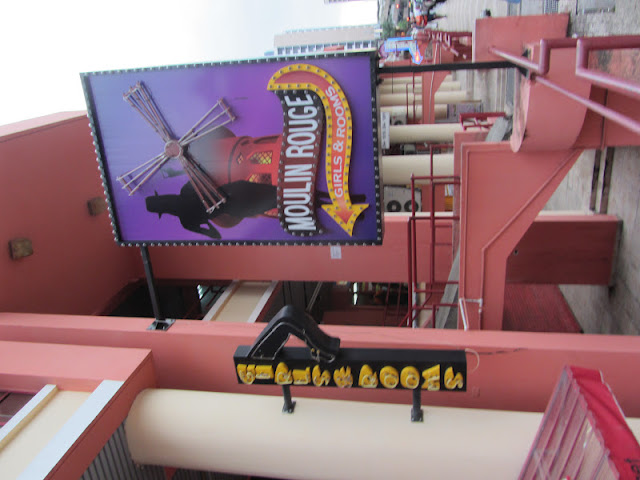 The place was crowded for the game. 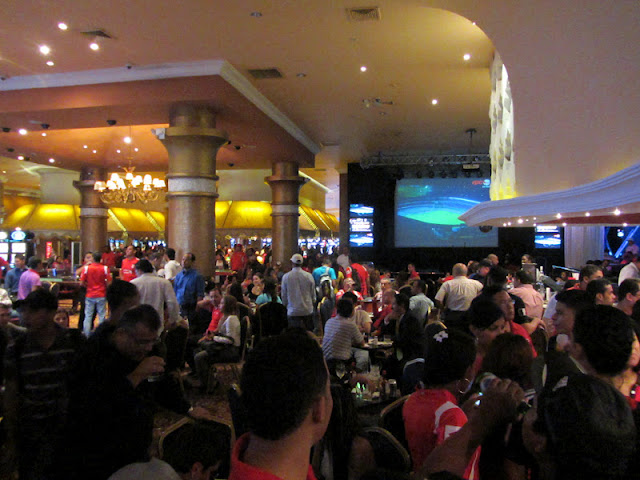 Lots of red jerseys, Balboa beers and singing “Ole Ole Ole Ole…Panama, Panama”.  It is my recollection that Panama won…as the night went on things began to get a bit blurry. 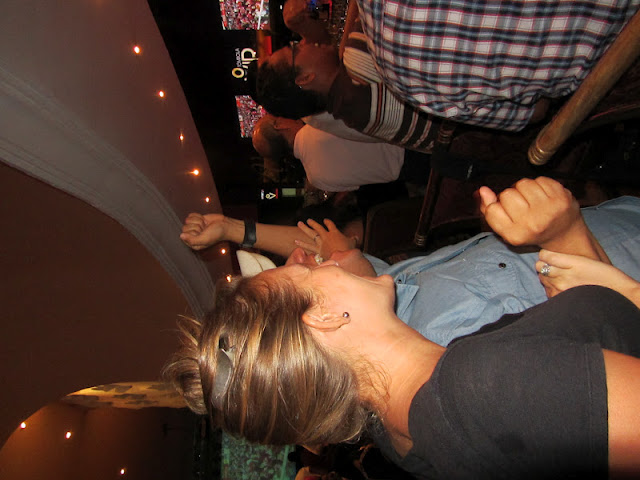 Not because of too many drinks (though that had something to do with it) but because of the array of crazy characters, pesky security that did not want me taking pictures, loud music and strange gambling machines.

My favorites were the Sex & the City slots.  It is, after all, the best show ever made.  Why not celebrate it at the Wyndham Grand Veneto in Panama City? 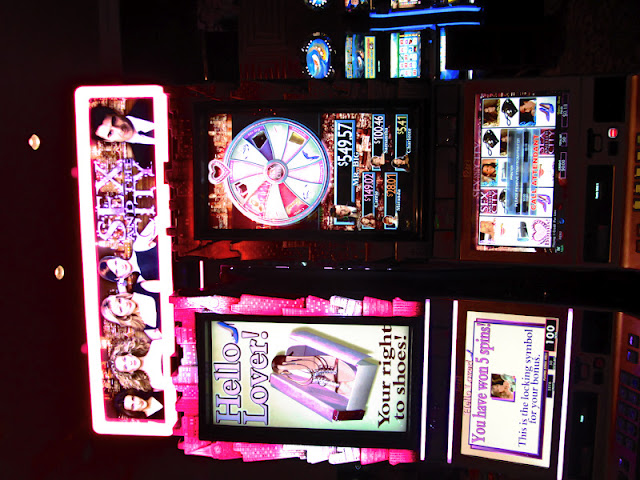 With the match over, it getting late.  The sports fans started to leave and the band was setting up.  Apparently Tuesday is full 10 piece band salsa night.  Sports fans out…working ladies in.  (My ability to spot a lady-of-the-night is well honed after my years managing a bar).

The bathroom was like a busy beauty salon, you could no where near the mirrors or sinks.  Perfume, make-up, hair spray, girls primping and applying their eighth layer of mascara.  I even saw a make-shift manicure station in the corner (where I would have liked to dry my hands).

Oh well…time for our exit.

And good luck guy.  Somehow I don’t think you’ll need it.  It looks like a sure thing. 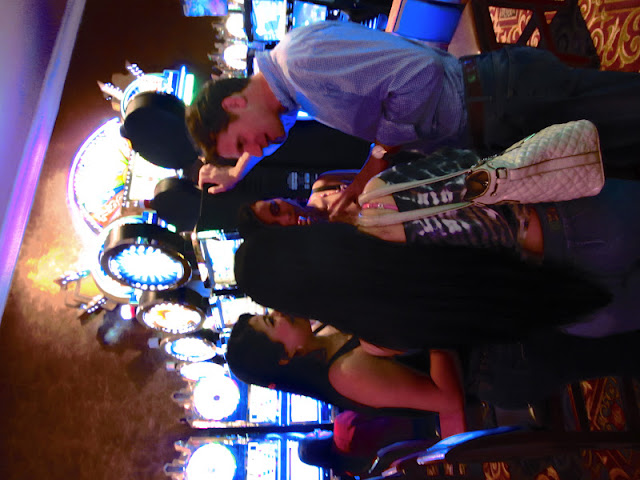 Today we are off to explore Casco Viejo, the old section of the city…talk to you tomorrow.