While Central America is relatively compact, the countries really start stretching out in the south…both Costa Rica and Panama are pretty long and skinny.I arrived in San Jose on Saturday evening, we planned to cross the border between Costa Rica and Panama on Monday morning and arrive in Coronado, Panama the same day.  We had some driving to do.  Let’s get going.

We woke up early, had our breakfast at the Hotel Aeropuerto, San Jose and paid the bill.  It hit me…Costa Rica is expensive!  $90USD for a hotel that should have been about $40.  Gas per gallon is at almost $6 USD.  But there is a reason that people flock to this country and pay a little bit extra.  It is absolutely stunning.  Mountains, neon green valleys, rushing rivers and waterfalls, trees bursting with flowers and fruit, happy looking cattle, water you can drink from the taps, well fed dogs and much less blatant poverty.  All of that doesn’t come for free.  And look at this!  RECYCLING.  Totally impressive, Costa Rica. 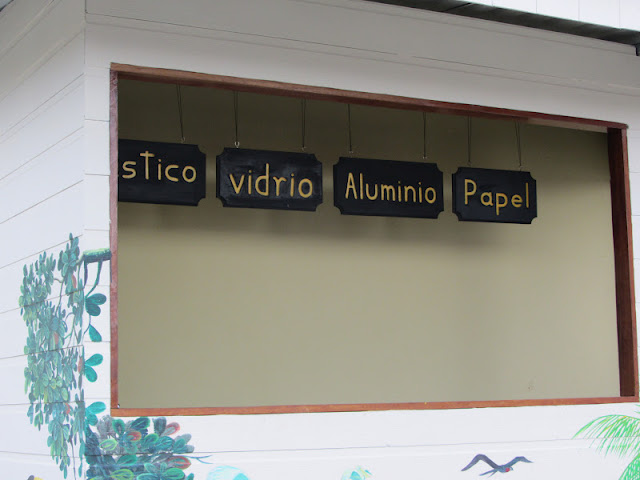 We took to the road.  We wanted to make it close to the Costa Rica border by afternoon.  Stay for the night and start out early the next day.  (For all of you cringing that I was missing Costa Rica entirely…I get it.  I pretty much was.  But I HAVE been to Costa Rica before for 10 days a few years ago and I will be back…there is so much more to see.)

We drove for about 5 hours and decided to stop in the port town of Golfito.  About half way, Danni had us stop.  She recognized some islands in a bay around Domincal (she insisted that they are shaped like a rabbit and a hawk).  She had been there with her parents YEARS ago visiting Costa Rican friends when the road was still dirt.  We had to stop to take a picture. 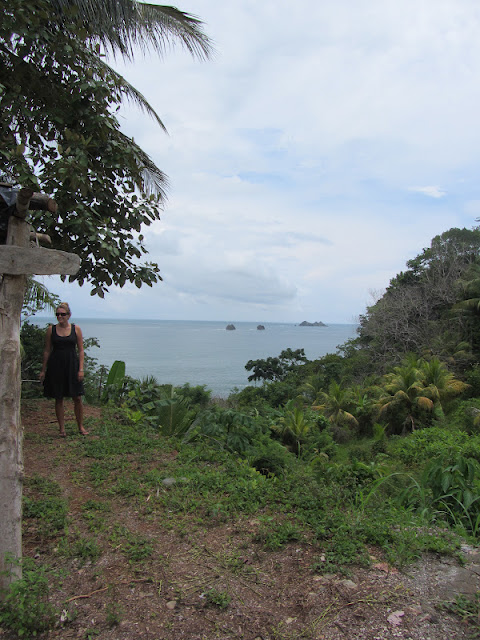 Back to Golfito…when I hear the words “port town” generally…it ain’t good.  Industrial and ugly has been the overall experience in Central America.  But Golfito wasn’t so bad.  Apparently it was a port used by United Fruit (the banana giants that practically ran some countries over the past 100 years).  When the fruit giant moved out, the town was allowed duty free status so that the economy of the whole area woudn’t fall apart.

I like map…so here is another one of Costa Rica.  With a nice little arrow pointing to Golfito.Plu 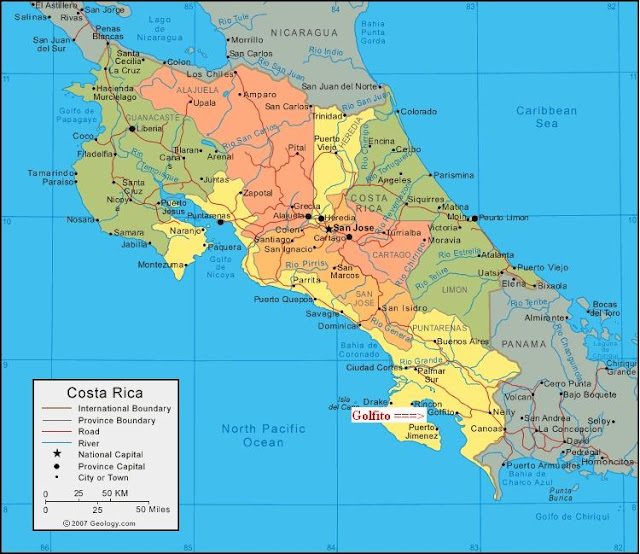 It’s the only duty free area in Costa Rica and people flock on weekend trips to the town to buy large appliance.  Again…I know what you are thinking…ugly town.  But Golfito was a bit charming…and on a very pretty bay.  Not a “go to” destination when visiting Costa Rica but a good place to spend the night if you are headed for the border. 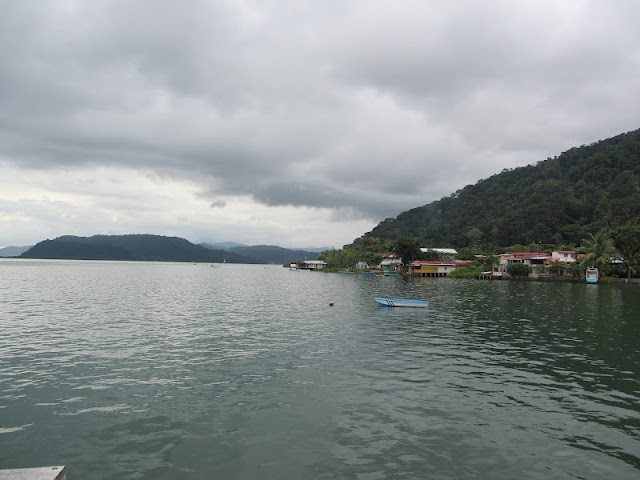 The weather patterns so far have been sun in the morning, clouds and some rain moving in at night.  Typical tropics. 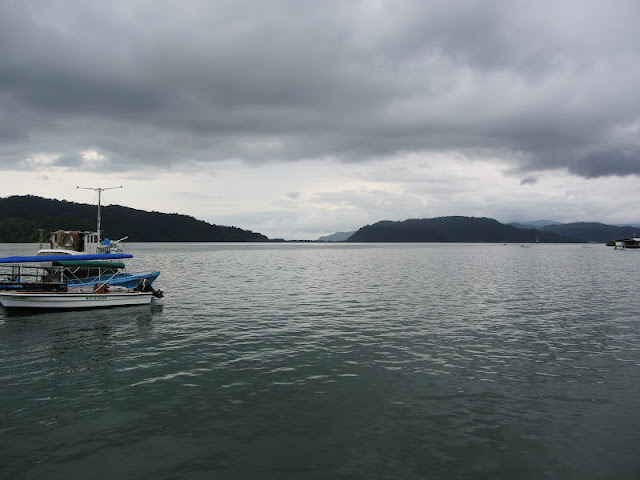 We looked around town, found a hotel ($40USD…much more reasonable), had dinner and where driven inside by a mosquito storm. 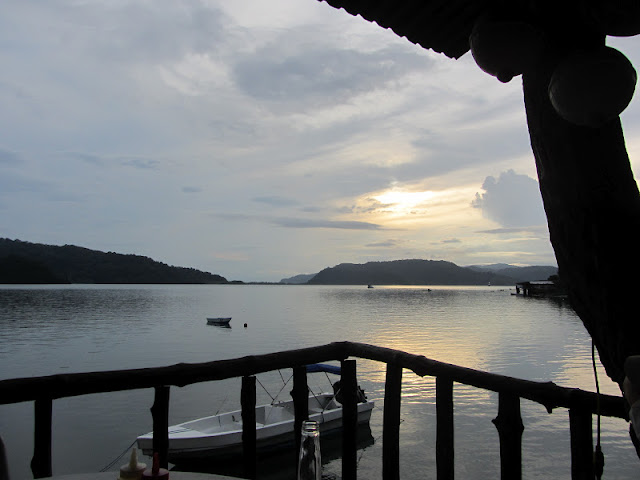 Oh yes…must not forget.  I tried a local beer.  Bavaria.  Much nicer than what I drank in El Salvador. 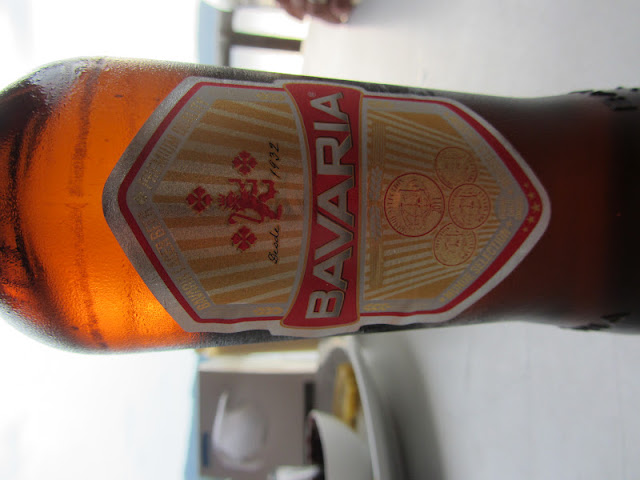 Time to get up even earlier the next day.  It was about an hour to the border and since Cesar and Danni are driving across, the process is not just a simple passport stamp.

But the passport stamp is first.  We checked out of Costa Rica pretty easily.  No fee at all for leaving the country this way. 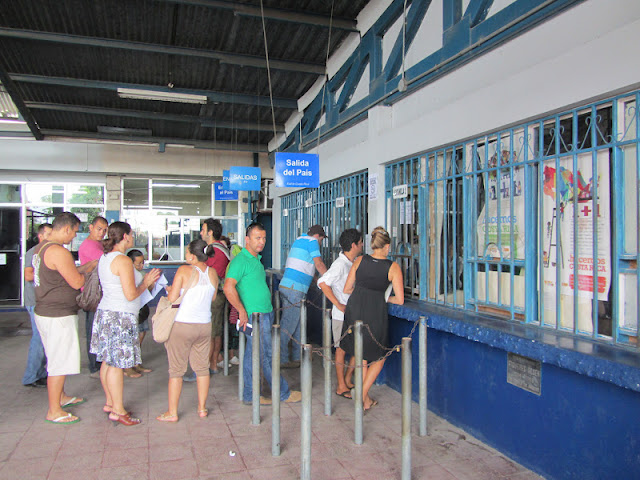 I ran into a group of bleary eyed bus travelers waiting on the same line.  They were taking the Tica Bus I described in my post about traveling from Belize to Panama on a 60+ hour bus trip.   Eeek.  All of those border crossings…

We parked between the borders to check out the duty free shopping in what is called the “Jerusalem Mall”.  There are lots of businesses big and small between Costa Rica and Panama…after about 3 minutes in the mall, I knew that I didn’t want one thing.  Plus, the attendant was following me so close that I could hardly breathe.  I headed to have a bit of breakfast.   Burger King knows how I want it. 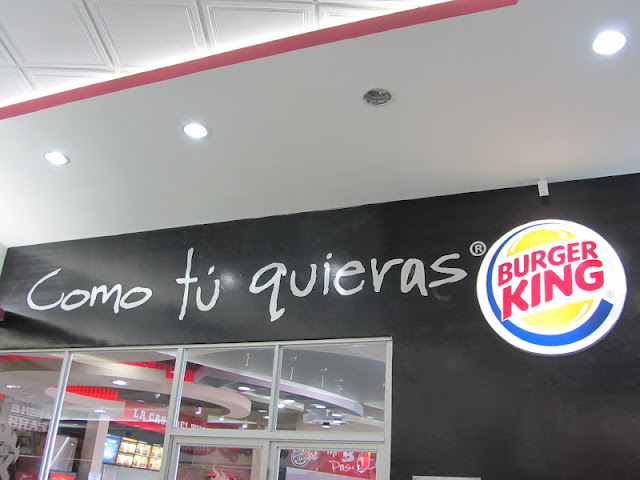 The Panama border took a bit more time.  The stamping of the passport was quite easy.  A gentleman sells you a small $1USD sticker for your passport and you are given 60 days as a tourist.  Simple.  Danni and Cesar had a bit more to do.  You need car insurance and registration…the internet service was down so it took a bit more time…but not much.

Large groups of truck drivers were standing around socializing.  They actually seemed pretty happy for the break from all that driving.  In total the process didn’t take more than an hour.  WELCOME TO PANAMA! 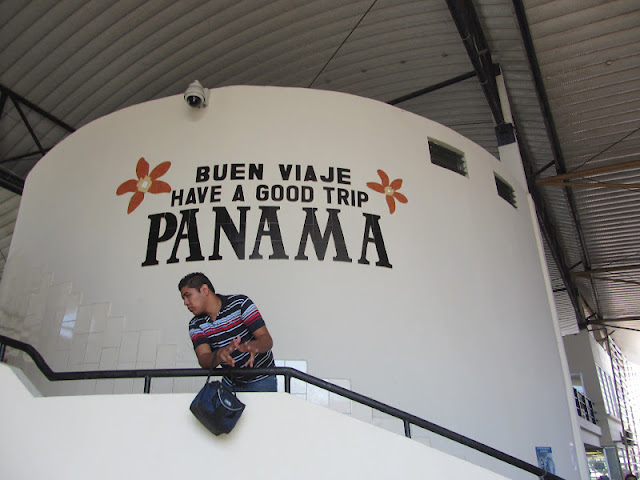 It was pretty much a 6 hour drive after that shooting straight for Playa Coronado (by San Carlos on the map below). 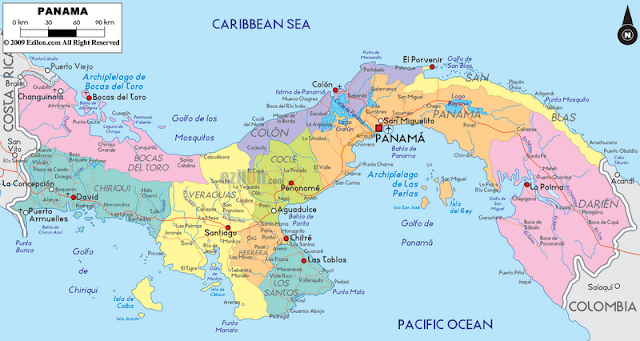 Cesar’s parents retired a few years ago from New York to Panama…we pulled into their house. 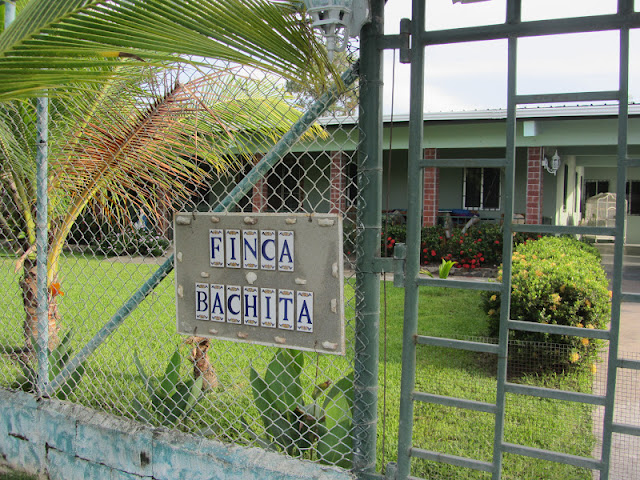