Home » Belize Travel Blog » Panama » Visiting Panama City, A Recap: Where I Stayed, What I Loved (AKA While I’ll be Back REALLY Soon)

I know that you guys think I like everything…but I don’t.  If I don’t enjoy a meal or a bar or a place, I generally just gloss over it or I don’t say anything at all.  No need to do that with Panama City…I LOVE this city.  I really do…so let me count the ways. 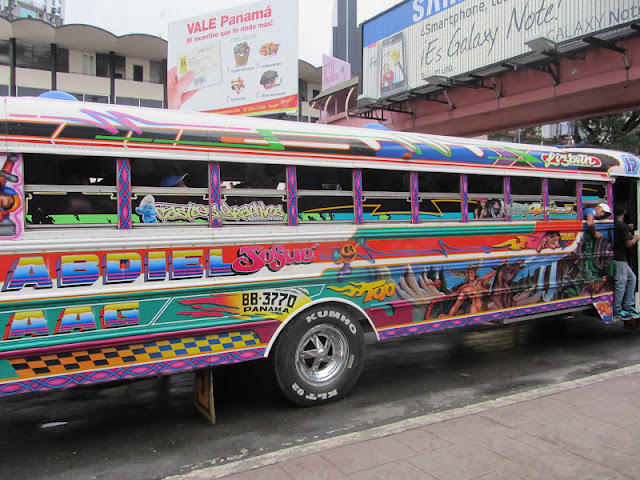 First, quickly, the place I stayed in.  We had 4 nights planned in Panama City and wanted more of an apartment.  Originally we planned to do some cooking there (I soon realized that I LOVE the food in this town…I wanted to eat out EVERY meal).  You might not always think of it but VRBO.com (often thought of as a site for luxury or long-term rentals) has some cheap, daily offerings.  It next hurts to look…

We found Casa Congrejo.  $50USD a night for the three of us, a private bathroom (with a shower you could park a car in), a huge room, a TV, A/C, great Wi-Fi, a common kitchen and lounge and a fantastic area of town. 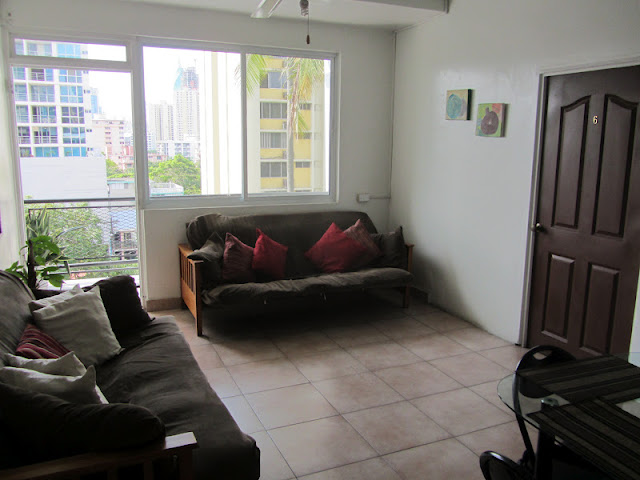 We spent a few evenings here with a varied crew (a guy from Venezuela, one from England and a Texan who like to have a few beers and read Allen Ginsburg poetry to the group…felt like I was in college again).  Most people staying at CC are taking Spanish courses down the block.

El Congrejo is a fantastic area to stay in.  Great restaurants, a good neighborhood feel even though you are minutes away from the big city.   We stayed across the street from this somewhat strange cement Albert Einstein head.  (Apparently he visited the country very briefly while passing through the canal in 1933). 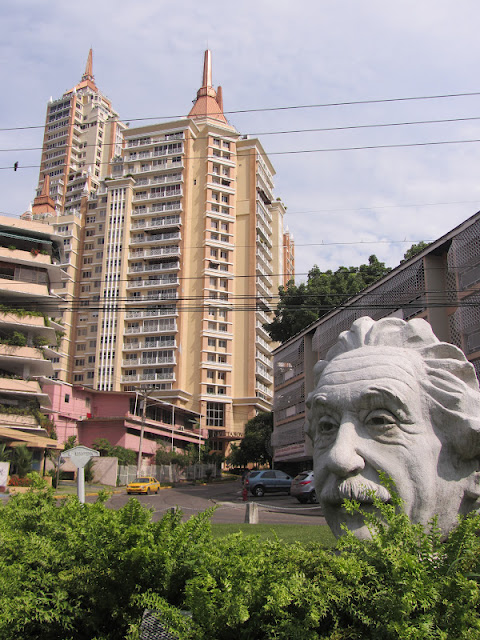 Here’s a quick list of things I love about Panama City.

1.  The prices:  Compared to Belize and to the US, service oriented things are CHEAP.  A $4 haircut.  A $3 manicure.  $150USD Botox (yes…I considered it for a minute.  I am 38 after all…don’t be so judgey wudgey).  The town is also a fantastic place for shopping.  Electronics cost the same as they do in the US as do clothes and shoes.  American brands abound. You will be seriously impressed by the malls in Panama City.

2.  Real History:  Panama City is the oldest European settled city on the Pacific Ocean (1519).  The old section of town is being totally rehabilitated.   And it is gorgeous. 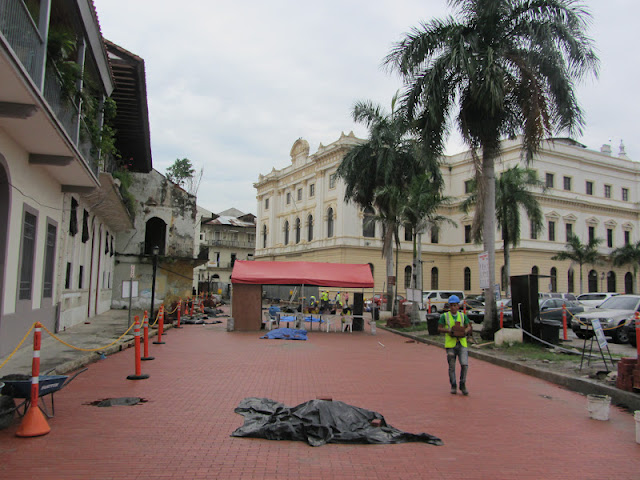 3.  The Canal:  The Panama Canal is not only something amazing to see but it allows Panama a huge flow of goods not available everywhere. 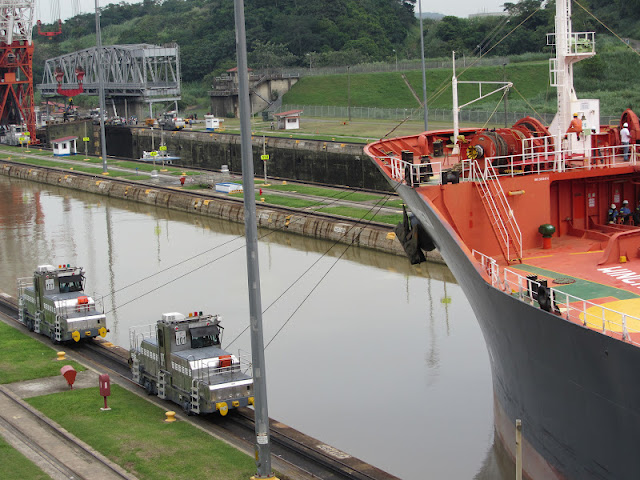 Like lox…or prosciutto from Italy…lots of luxury imported goods.  Stuff that I love.  My favorite spot by far in the city was New York Bagel Shop just a few doors from Casa Congrejo.  A proper NY bagel shop (though they toast the bagels…totally not NY) and a really great atmosphere.  While in Panama City, make a point of visiting this restaurant. 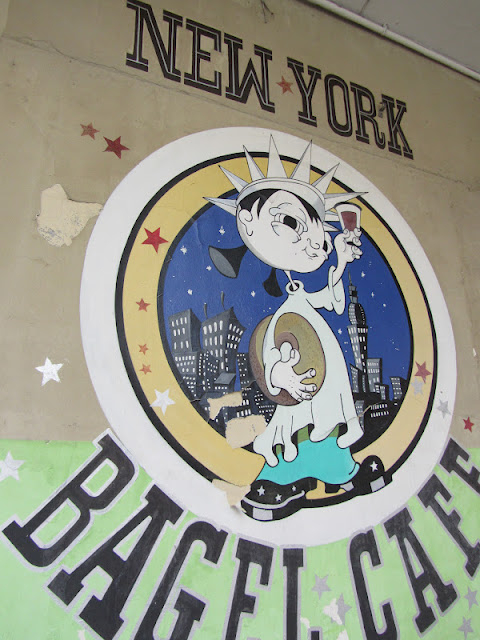 And when spending the day in Casco Viejo (the old town), have lunch at the Super Gourmet deli.  Delicious.  Try the Pesto and Mozzarella Sandwich or Tomato Soup with Grilled Cheese…a yummy club sandwich and a beer.  The owner, Blayne, moved to Panama City from Mississippi after losing everything in Hurricane Katrina and opened a seriously cool spot. 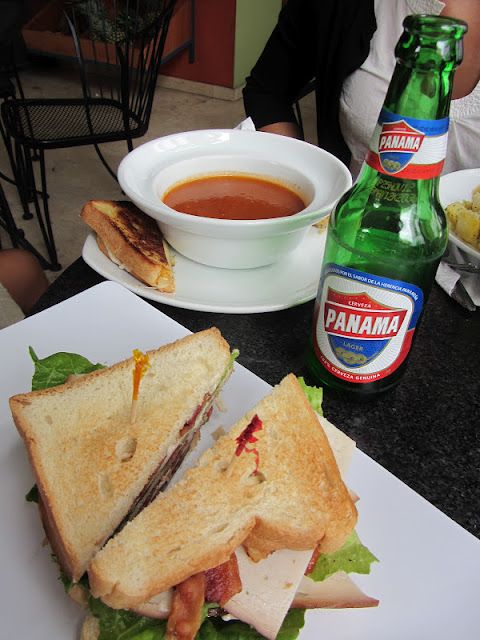 4.  A 24 Hour City:  You can buy food, stop by a pharmacy for Viagra, a grocery store for a six pack of beers, hail a taxi or gamble your night away at the casino…all night long.  I rarely take advantage of this kinda stuff but for some reason it is very comforting to me to know that I have options. 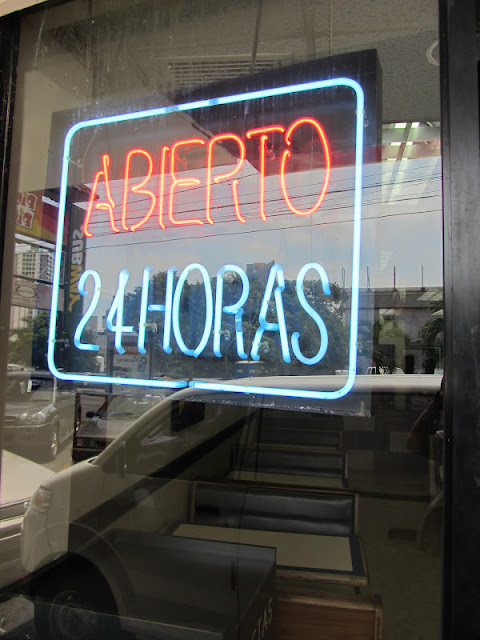 5.  Money Flowing into Infrastructure:  EVERYWHERE construction.  From the new subway/metro that is being built (and is SO needed…traffic is horrible mid-day) to the mega-locks that are being dug in the canal…money is being pumped into this city.  Wi-Fi is available in pretty much every park and open area. 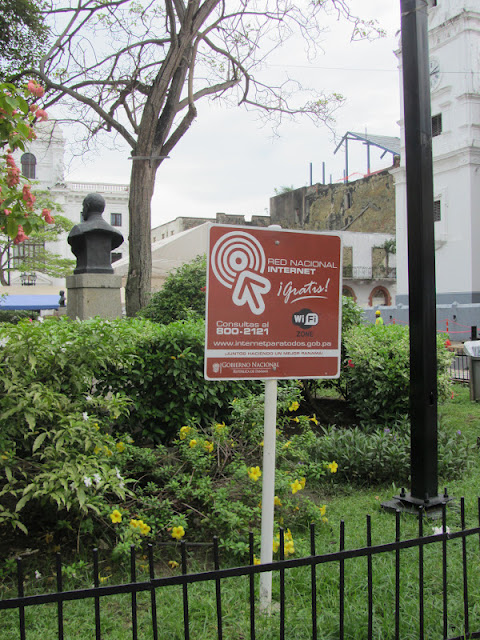 Building is going on everywhere. 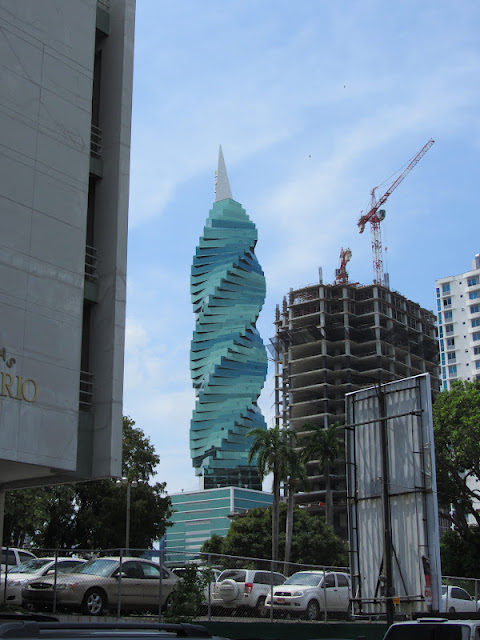 6.  Medical Care:  I mentioned Botox before but many people come down here for real “medical tourism” not just plastic surgery.  Panama has a first class medical system.   I stopped at the Hard Rock Cafe Panama (yes!  they still have these!) and ran into a super sweet woman from Oklahoma named Rebecca.  She is staying in Panama with her 15 year old daughter, McKenna having stem cell treatments.  McKenna was in a four wheeling accident 2 years ago and lost most of the feeling in her legs.  Panama (and Cell Medicine) are able to provide her with treatments that are otherwise illegal and too expensive in the United States.  Rebecca, I am hoping hard that these treatments work for your daughter!
Amazingly, they even have free emergency care available to tourists for the first 30 days of their visit to Panama.

I am back in Belize now…ready for lobster and Lobsterfest and a lot less rain.  This is by far the wettest June I’ve ever seen in 7 years.  Ugh.