I will admit, I haven’t spent extensive time in our nation’s capital of Belmopan.  I’ve been there numerous times for government business, I’ve had a few drinks, a few meals,  had crazy fun at the Belmopan Agriculture Trade Show, I’ve played some pool, I’ve purchased some cheap, fresh fruits and vegetables, I even came very close (VERY CLOSE) to shaking hands with Prince Harry.  Yes, THE Prince Harry.  (Wait a second, maybe I HAVE spent extensive time in this town…)And then I caught a bus and high tailed it out of Belmopan.  It’s a very small town. 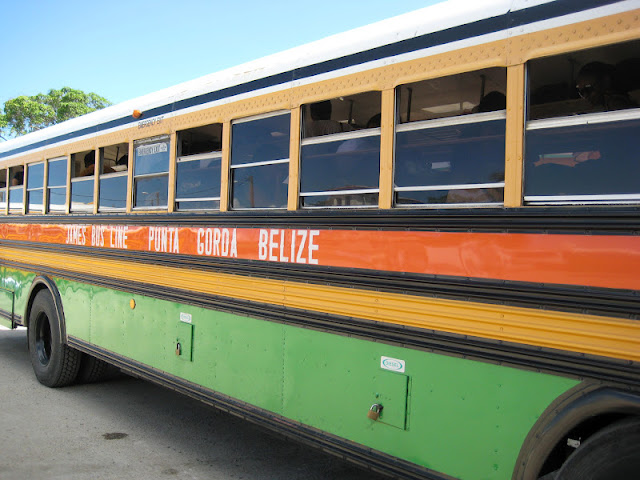 And a relatively new capital city.  After the horrific hurricane, Hattie, in 1961 (and an even more horrific one in 1931) that devastated Belize City on the coast, the decision was made to move inland.  Hattie packed winds of up to 190mph and destroyed up to 75% of the country’s biggest city.  Belmopan became Belize’s capital in 1970. Anyway…Belmopan is still a small town mainly focused on all of the government business that is done there.  It tends to be busy during the week and DEAD on the weekends.


Here is what I did a few days ago with one free hour before catching the $4bzd, 1 hour express bus from Belmopan to Belize City.

A delicious rotisserie chicken, double starch plate at one of the most popular restaurants for $10bzd. 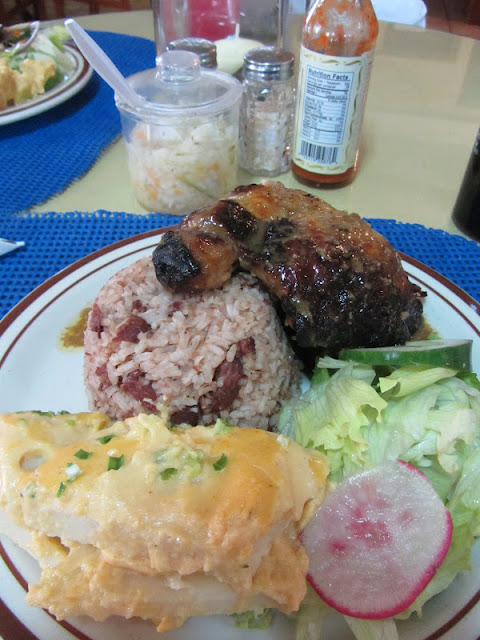 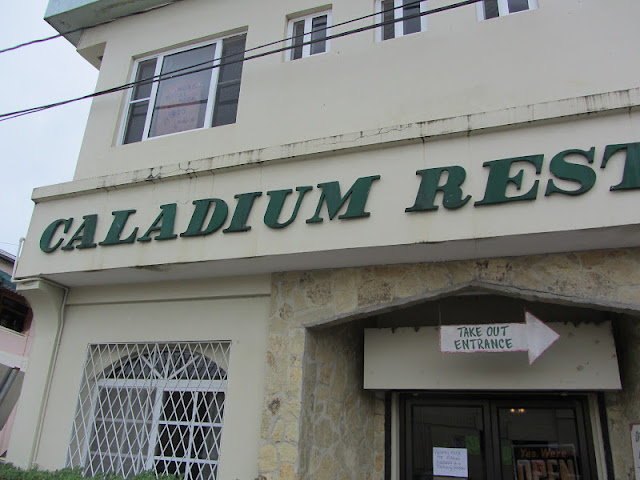 And then we swang (that’s a word, right?) around the corner to the pharmacy.  Drugs in Belmopan seem to be about 50% less than in San Pedro.  And I am out of Ibuprofen (and waiting for my next shipment of faux Advil from the states).  At my local grocery store, I pay $1bzd for a 400mg tablet.  At this pharmacy in Belmopan, I paid 35 cents. 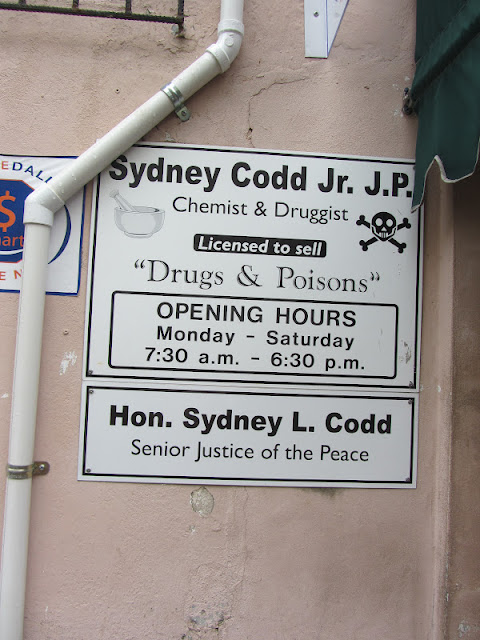 Next time I’m there, I’ll have to inquire about the poisons.

What was I posting about one year ago today?  My Thursday Night at the Chicken Drop