Home » Belize Travel Blog » My Life » Follow-Up: The Internet That I Use in San Pedro

On January 31st 2012, I had no internet and was distraught.  So, I bought a new “gadget” that is relatively new to the island.  This little USB internet stick from Smart would provide me service, was relatively cheap and promised to be relatively quick.  I told you guys about it and promised a follow-up.  Well…here it is: 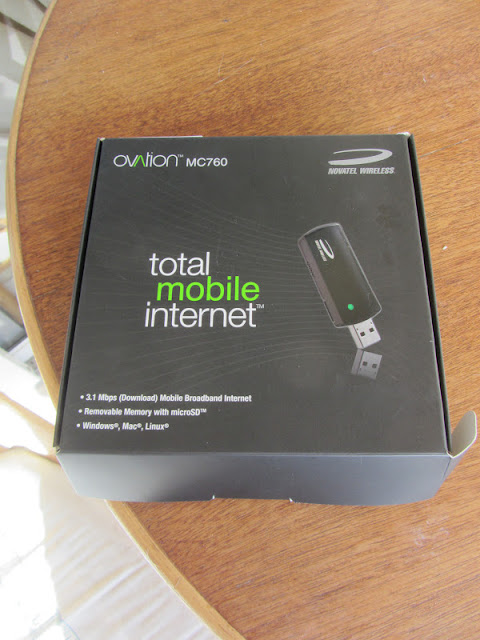 For the previous year before I bought this stick, I was sharing Wi-Fi with the couple that lived directly below me.

I want something easier but DEFINITELY cheaper.  So I talked to one of the cell phone service providers…Smart.

I bought their USB stick.  (But I am repeating myself like CRAZY…all of this was mentioned in my earlier post.)

The actual USB stick costs $185 BZD and is yours to keep.  You can use it in up to two computers.  The internet time is sold as follows:  $30bzd for 1GB (which they tell you is good if you only email, IM and download/upload pictures) up to $90bzd for the 10GB plan (which gives you time to Web browse, play online games, video stream and lots of other options.)

The speed I was told that I would get is 300-400k uploading and 450-550k downloading.  About the same as the $180bzd monthly fee that Coral Cable is charging for the same speed. 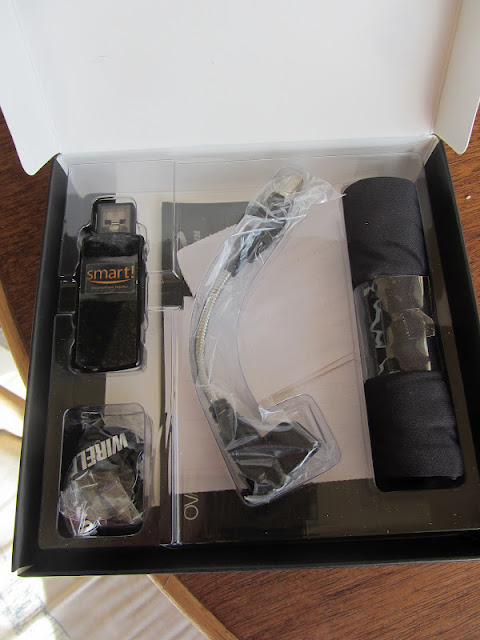 Results?  The speed is always the same but mostly better using the USB Smart stick as compared to the medium speed Wi-Fi I was sharing before.  In fact, I just used www.speedtest.net to test out my internet speed right now (6:30am, Monday morning) and it is 1.03MBs downloading speed and 430k uploading speed.  (I have tested the download speed a few times since January and it is ranges between 1MB and 1.5MB.

For all of you in other countries, it is not FAST but it’s really not so bad.  And guess what?  After the initial investment ($185bzd for the stick), this thing is CHEAP!

One more note that is important to MANY:  BTL/Digicell blocks Skype usage in Belize.  Smart does not!  So…if you are a Skype user, this might be your solution!

When I purchased it at the end of January, I bought the $90bzd plan (it expires after 90 days).  It lasted 87 days.  And I use the internet for at least 3 hours a day.

In April, I paid another $90bzd for my second package.  And I’m still using that.

So…for what I consider solid, portable internet…I am paying about $30bzd a month.

1.  To check you balance (MBs you have left), you need to call the Smart office.  I wish that there was an easy way to check it online.  (Note:  If you have a Smart powered cell phone, you can check your balance via text message.  I don’t…I am a Digicell gal through and through.)

2.  There was a week and a half period in May or June (I don’t remember) where this thing didn’t work.  Not at all.  They were switching networks…or something.  The Smart office was a bit infuriating about the whole thing.  Which leads me to…

3.  I wish the Smart office was a bit more friendly or helpful.  Hey!  This is my wish list.  I can wish for anything that I want.

Digicell/BTL also sells a similar USB kit with the initial USB stick for $200.  They ALSO have a Wi-Fi providing drive (Axesstel MV 110) with high speed.  With an inital purchase for the unit of $365bzd, you can pay $79bzd per month and get up to 2MB of speed.  THAT sounds very promising.

So what am I saying in a long drawn out boring way?  You’ve got options.  If you are currently using the internet in San Pedro, it is WELL worth it to take a trip down to BTL to find out what your additional options are.  It might be worth it to try one of these mobile devices.

What was I posting about one year?  Carole Goudreau, Getting My Hair Done.  Pink stripe?  WHAT was I thinking?

4 thoughts on “Follow-Up: The Internet That I Use in San Pedro”