I was strolling down front street a few days ago…or was I prancing?  Either way…I ran into the huge impediment that has been erected right in the middle of the street.  The San Pedro clock tower.  A structure that caused lots of controversy when it was announced and then became one of the fastest building projects I’ve ever seen on Ambergris Caye.I noticed this new plaque at the base… 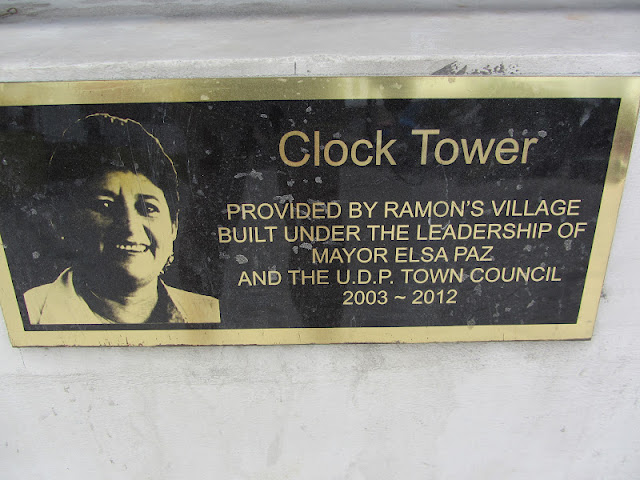 And here she is in her glory. 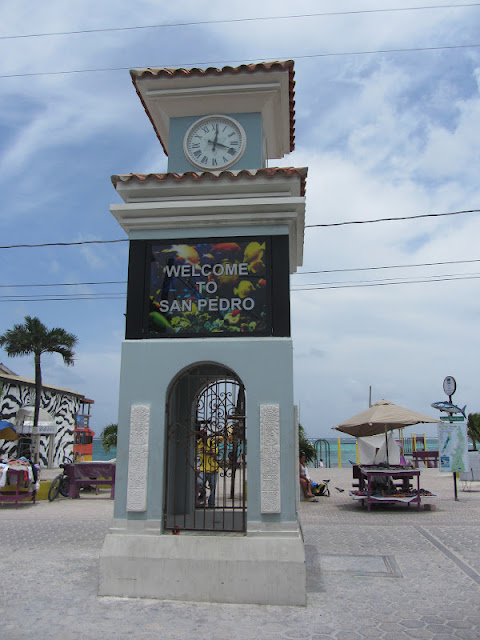 Since I have been going through all my pictures recently, I thought I’d see how fast this thing really was built.  Love it or hate it…here it is.


The project was announced in October 2011 after the hole was dug in the middle of the street. Lots of residents were really worked up.  Some about the jumbo-trons that would be installed and many about the location. 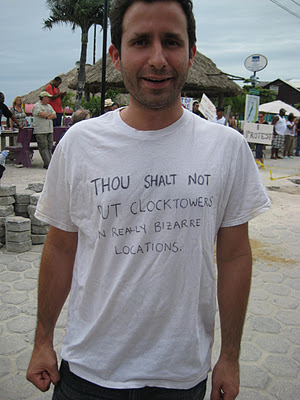 Others reacting to what the former mayor said on our popular morning TV show…basically that unless you can vote  in Belize, you have no say.  (Generally for an American expat that can take about 10 years.) 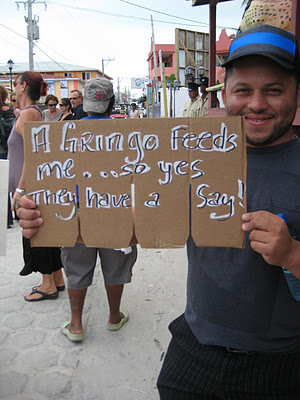 But a few weeks later, the cement was pouring… 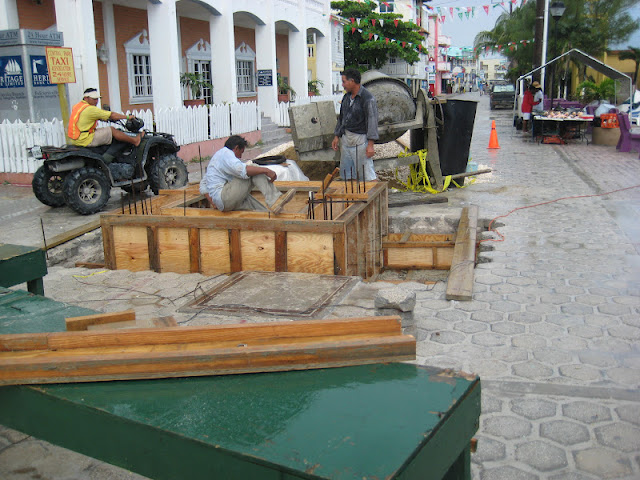 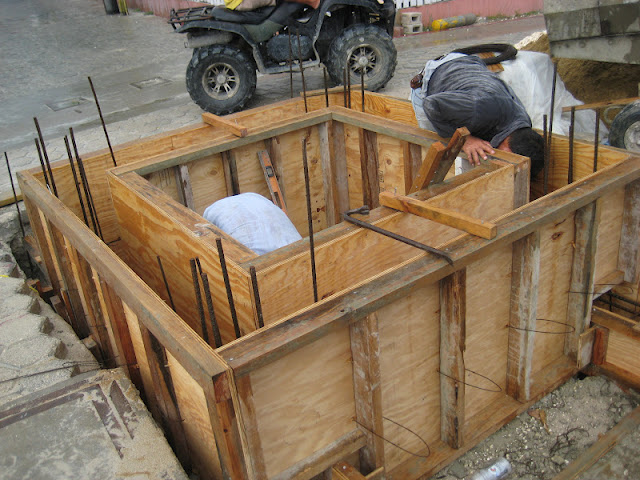 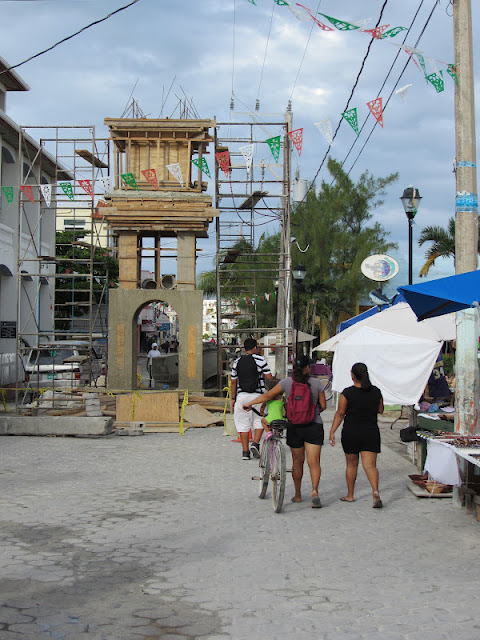 We were provided a pictorial. 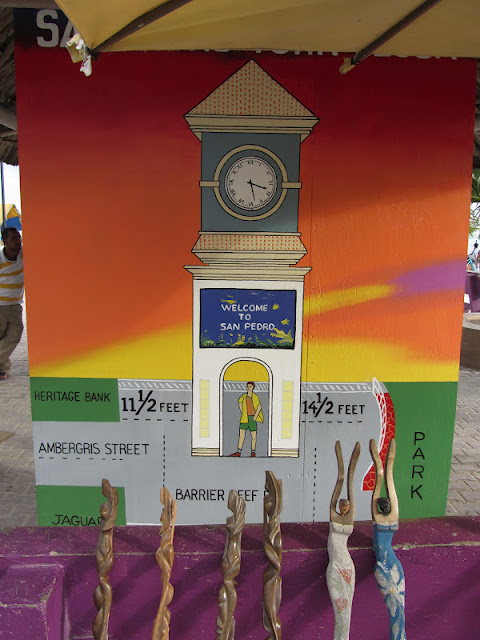 
The first week in December, it was really coming together. 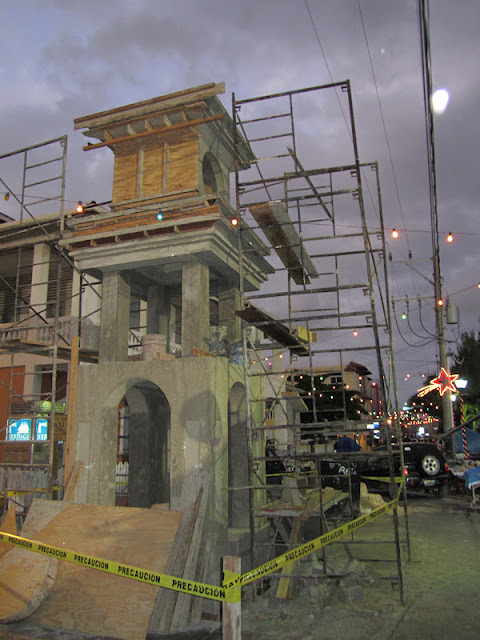 And by Christmas, it was just about finished.  Everything was installed…but the big screens and the clock weren’t working yet. 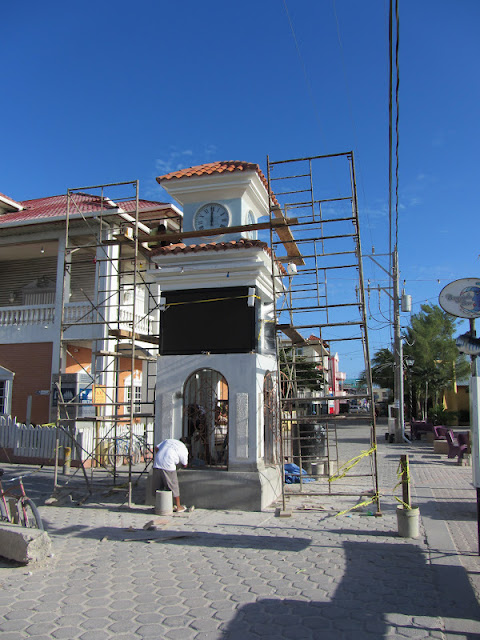 So start to finish, an incredible 2 months.

My favorite look for the clock tower so far?  It’s Carnaval cover…I don’t need to look at it for one whole week in February.  Very festive covered in brightly colored handprints. 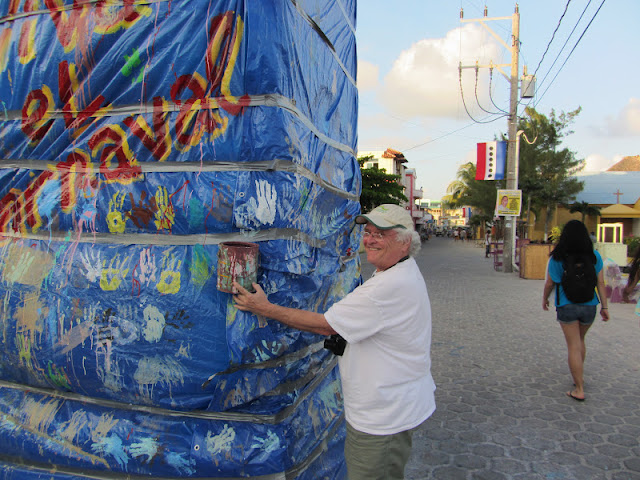 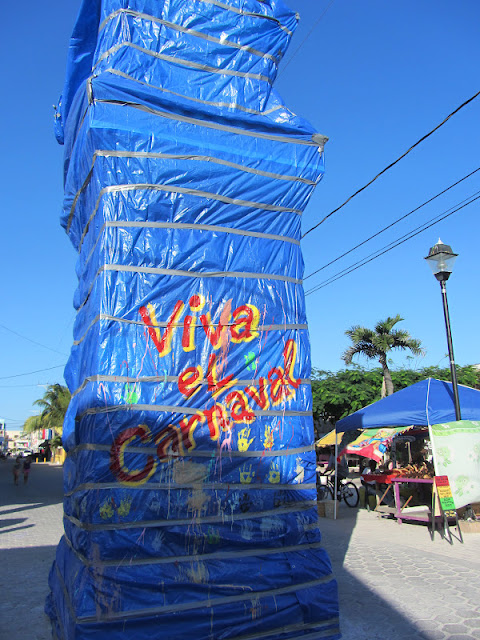 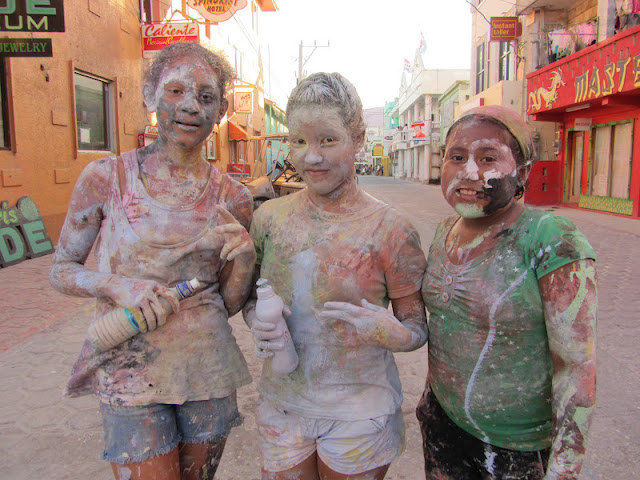 There it is.  I will have to admit…as time goes on I am less and less aware of it during the day.  But at night, it is a flashing neon beacon on the horizon advertising the crap out of Ramon’s Village.


What do you think?


One last thing…I met Martha at El Divino a few nights ago and she was so kind about my blog that I promised I would put her on it…both for her and to make her son at home jealous.  Thanks Martha for reading! 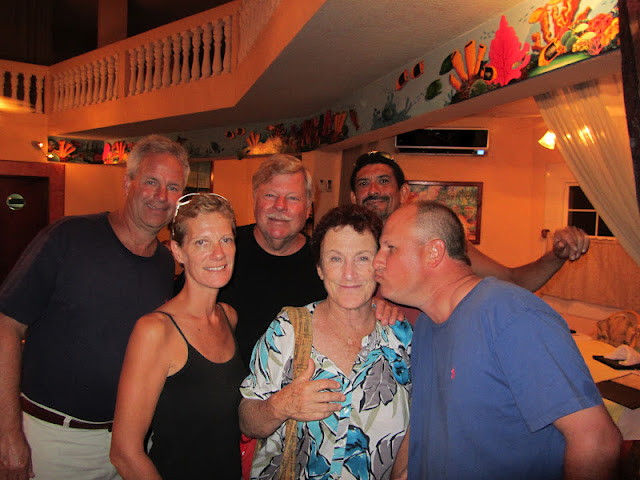 And starting tomorrow, I’ll be writing from a non-island location for a few days.  Have a great Fourth of July!


4 thoughts on “From Protest to Plaque: Our Town Monument, The San Pedro Clock Tower”