I took a walk into town this morning to see how people are preparing for Tropical Storm Ernesto.  The town is are definitely breathing a tiny bit more easily…the direct hit that was projected yesterday morning has shifted.  The eye of the storm is now set to hit near Mahahual, Mexico.  That is still not far from us!  It is definitely not a time to be sitting back and relaxing.  In fact, many are boarding up now and almost all of the boats on the front side of the island have moved (either south or to the back side of the island.) 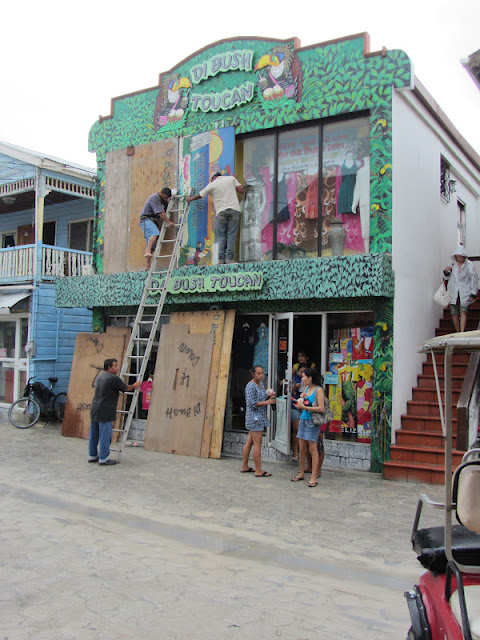 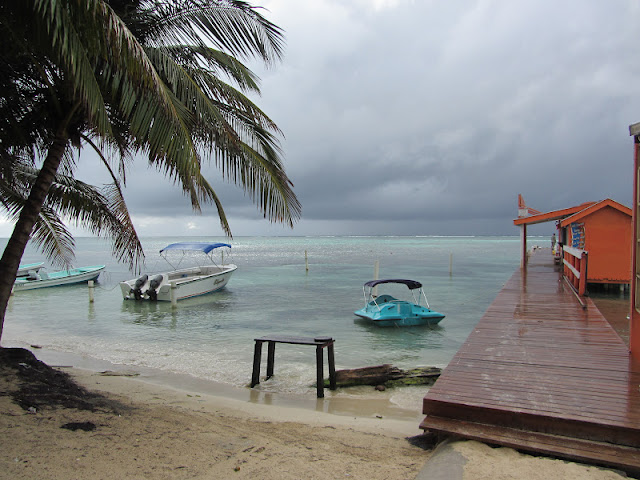 NEMO, our emergency boards here in San Pedro and Belize, have met this morning already.  Here are the announcements from the meeting.  (Typing it as a giant run-on sentence.)

There is no free water taxi service (that is only for Category 2+ storms)…there IS a free bus service from Belize City to Belmopan (inland)…polyclinic and pharmacies close at noon…all bars/liquor sales are to be closed at noon today…10pm curfew for tonight.  The Mexican port at Chetumal is currently closed.  It is not mandatory to go to work today.  Keep in contact with your employer about the situation.  At 2pm, the evacuation shelters on the island will open:  Shalom Living Word Church and San Pedro High School.

The double red flags are flying for the Hurricane Warning.  I’ve only seen them a few times since I’ve lived in San Pedro. 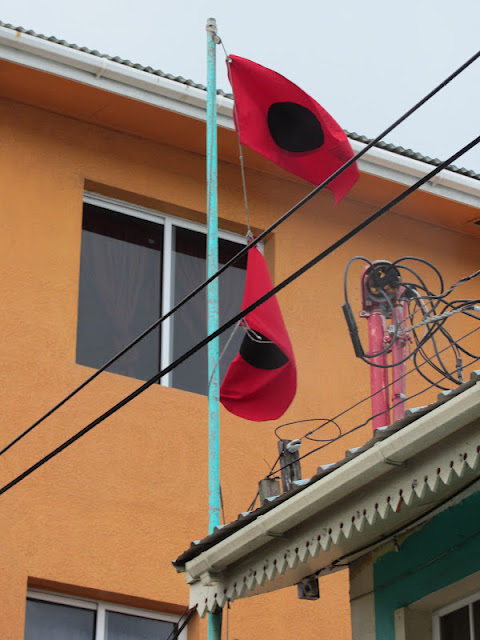 After 2 red flags, we wait for the “all clear”.

The next meeting’s results will be aired on Reef TV and Reef Radio at 1pm Belize Time.   REEF TV is currently being broadcast on the internet for all of you abroad who would like to tune in.  Check it out here:  .

The weather forecast for San Pedro:  Significant increase in wind at 8pm here in San Pedro and intermittent rain throughout the day.

Other announcements:  Super Buys and Caye Supplies will close at noon today.  The banks are closed currently or closing this morning.

Curious to see how this giant sign next to BC’s Bar weathers some solid winds. 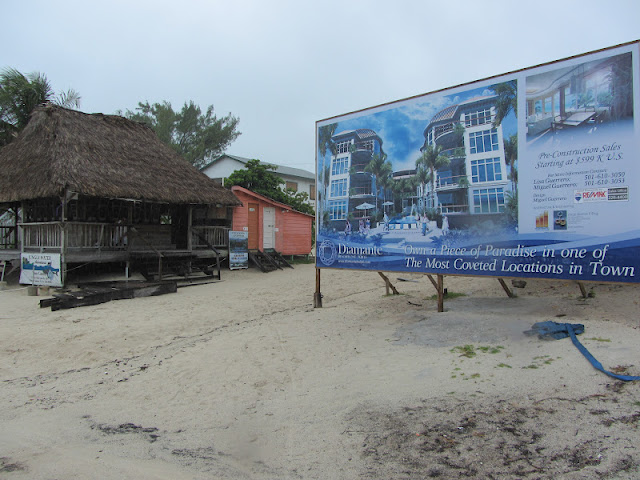 Wishful thinking…this is a “before” picture of the Town Clock.  I would just hate for the jumbotrons to malfunction. 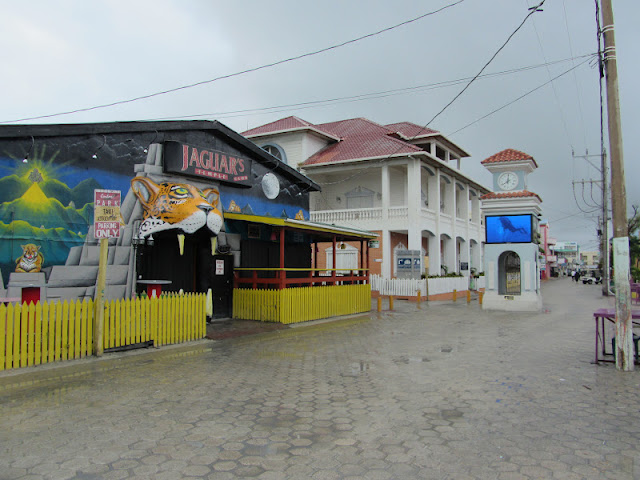 The deck of Caprice Restaurant at Holiday Hotel has been emptied… 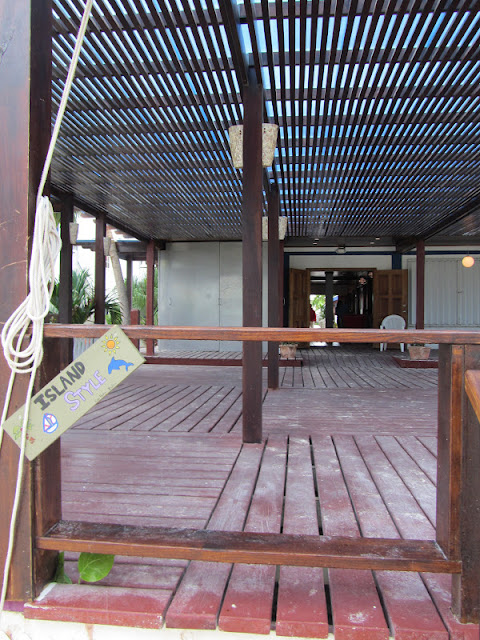 Other buildings that face the sea are boarding up too… 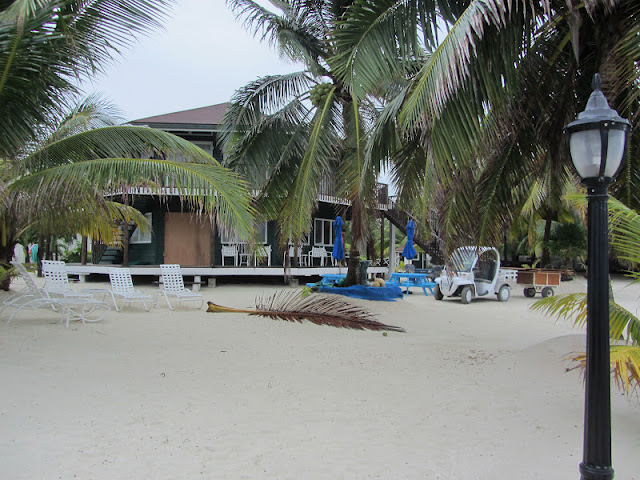 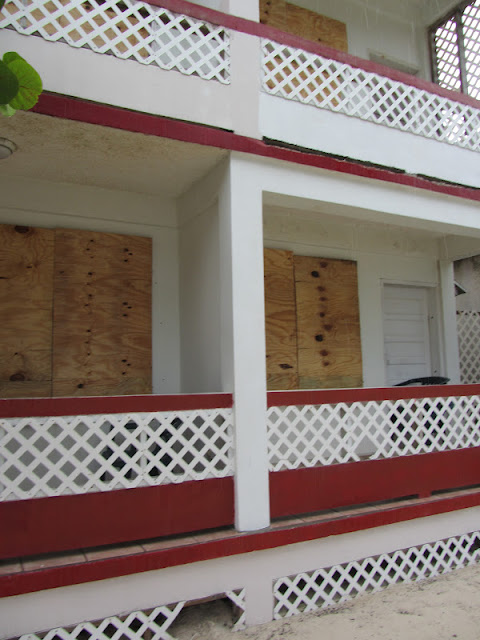 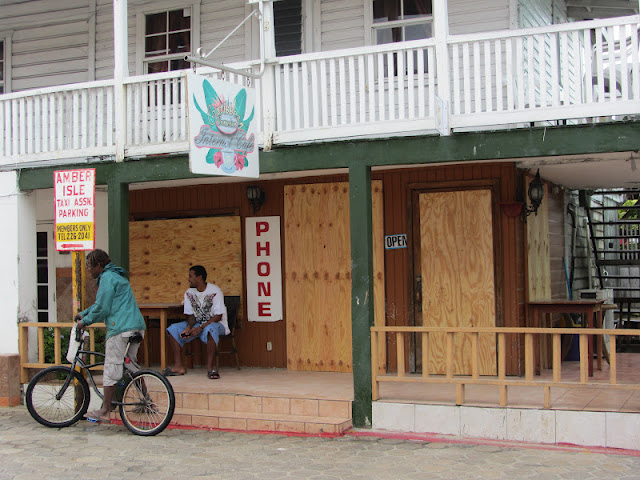 Docks have been emptied.

Here is Woody’s Wharf…usually the home to 5-10 boats. 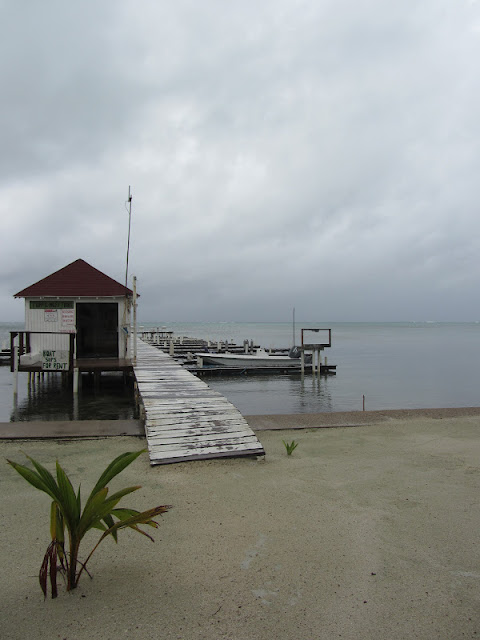 And TMM Sailboat Charters.  All of the sailboats have moved south to Placencia. 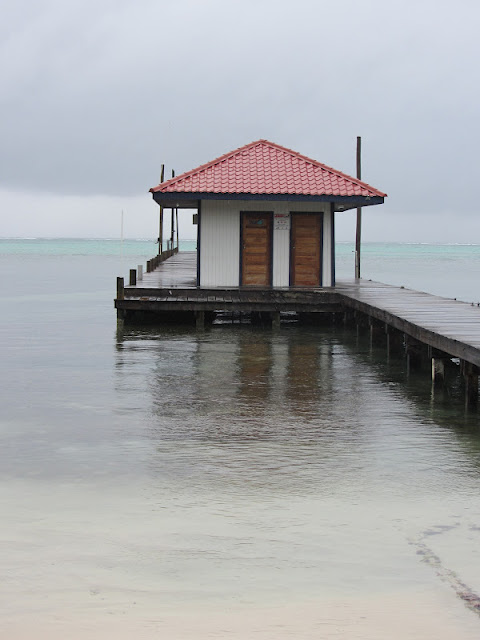 The jet skis have moved from their old float… 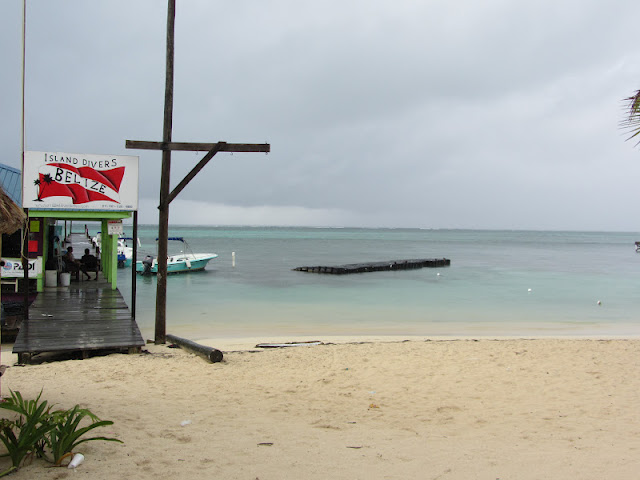 To their new home at the X Lounge… 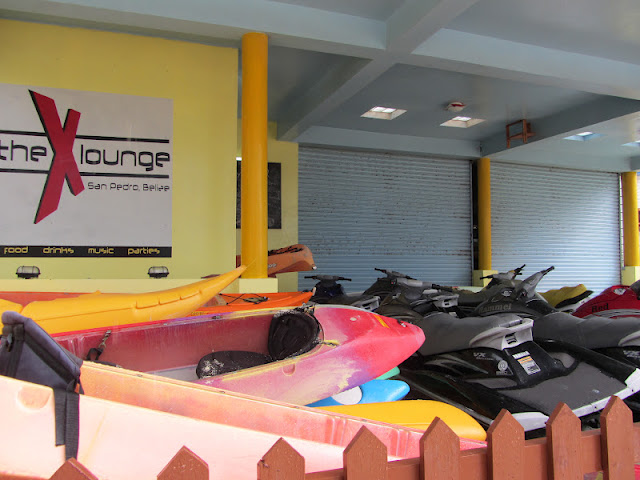 The 9am update (Belize time) still shows the storm hitting (directly) north of us.  San Pedro town is out of the “cone” but the most northern part of the island is still there.  So KEEP WATCHING!

He still looks kinda ugly and will definitely be getting LOTS of rain.  Here is the warning from the NHC:

TOTAL
RAINFALL AMOUNTS OF 4 TO 8 INCHES…WITH ISOLATED MAXIMUM AMOUNTS
OF 12 INCHES ARE EXPECTED OVER BELIZE…THE SOUTHERN PORTIONS OF
THE YUCATAN PENINSULA…AND NORTHERN GUATEMALA.)

A storm surge of 1-4 feet is also expected.  High tide is at 1.35am Wednesday as the storm pushes through.

That’s serious rainfall.  And always an issue on an island that is barely above sea level…and in some places below it. 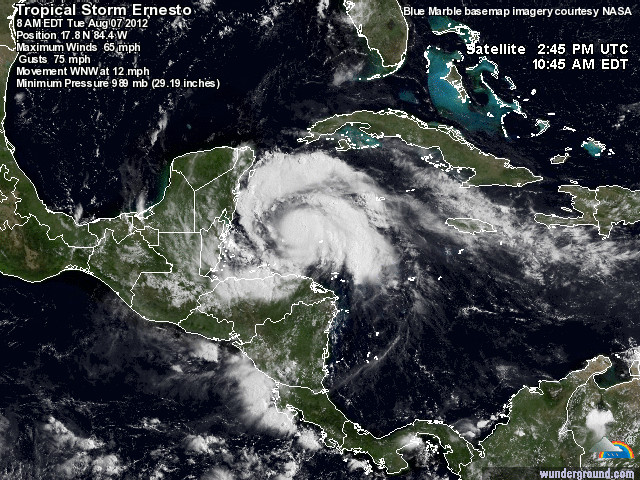 I apologize for such a scattered post but information keeps coming…and best to get it out quickly, right?  Stay safe everyone!

Always, for the most up to date pictures from me, become a fan on facebook.

7 thoughts on “Preparation for Tropical Storm/Hurricane Ernesto in Belize: Lots of Announcements, Boards Going Up, Liquor Sales Ban and Curfew in Place”