Yesterday I joined the San Pedro Sailing Club for a trip to very historic St. George’s Caye, Belize.  The team was sailing in the Battle of St. George’s Caye Regatta against kids from all over the country.  (I spotted Consejo, the brand new Placencia team and Corozal.)  I have so much to say about my day visiting Belize’s first capital (and SO many pictures, I snapped an overwhelming 293) so let me give you a little preview…I met the proudest mother in San Pedro…and maybe even the whole country of Belize right now…Her daughter won the Miss San Pedro 2012 competition on Saturday night and her son took first place in yesterday’s regatta.

How cool is that?  Go Marfa! 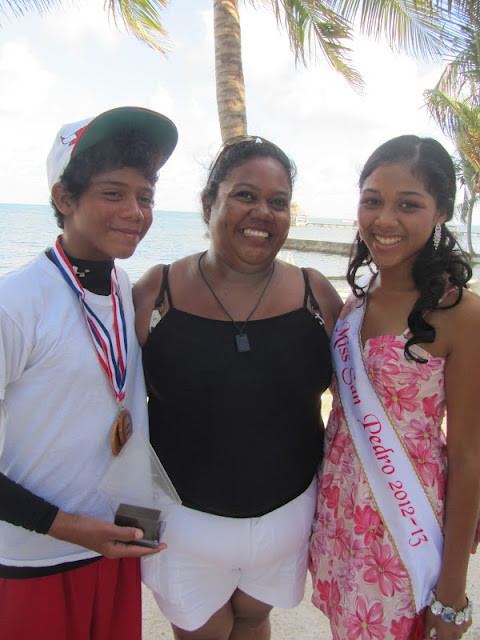 But let’s back up a bit…

The team and their supporters started out early for the 45 minute boat trip to St. George’s Caye.  There were a few heavy clouds looming but after a few a.m. sprinkles, we had a glorious day. 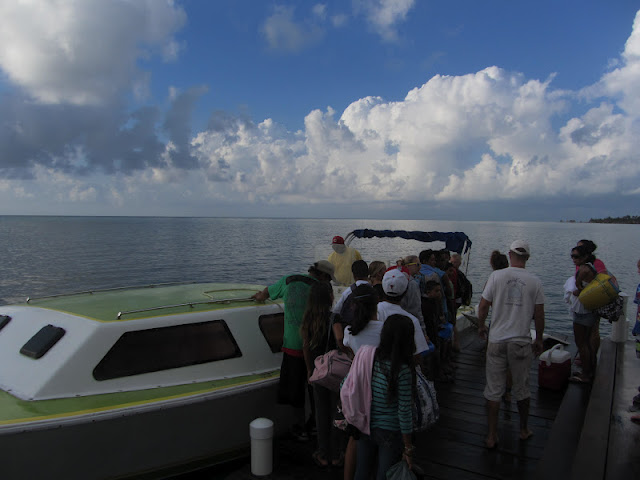 The caye is situated relatively close to Belize City and has been used as a vacation getaway for well-to-do Belizeans for centuries.  There is one resort on the island, I’d guess about 40 private homes and no stores, restaurants or bars.  The small island (just over a mile long) was the first colonial settlement in Belize, the largest colonial town in Belize in the 17th and 18th centuries and our first official capital city.

Here is the map of Belize and my favorite big red arrows.  “Our island” is Ambergris Caye. 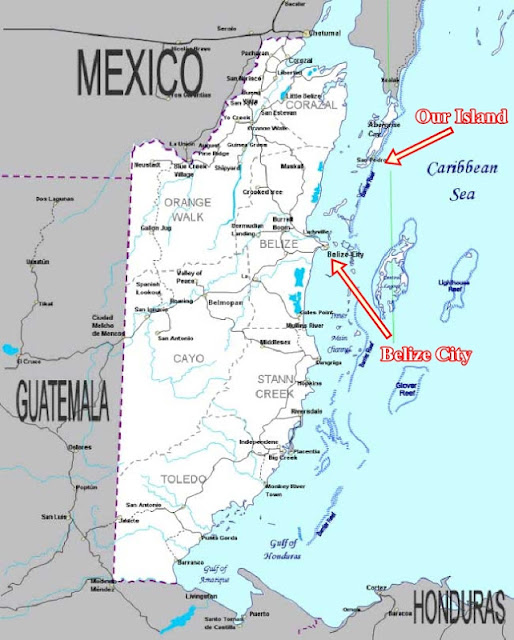 And then let’s zoom in to see little St. George’s.

Just off the dock, we ran right into a good sized piece of land for sale.  (Only $750,000 USD)  Formerly one of the British army bases (until they left the country fairly recently), the place is shuttered up but still in pretty good shape.  Here is a cool radio clip from British Forces radio about the drawdown from the facility. 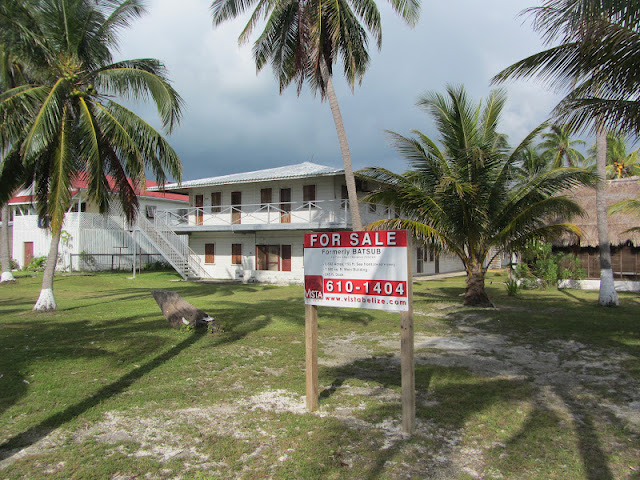 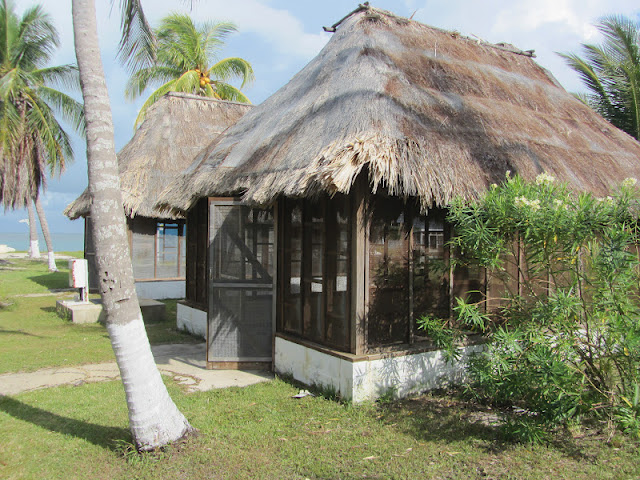 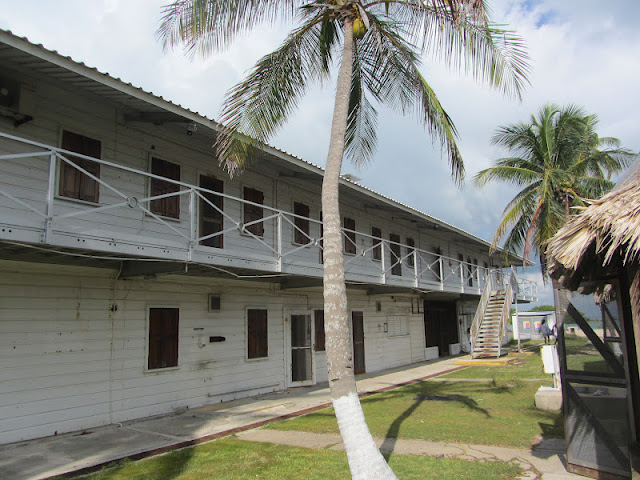 I had to look this one up.  BFATC stands for British Forces Adventurous Training Centre.  Perhaps catching swordfish was part of the adventure? 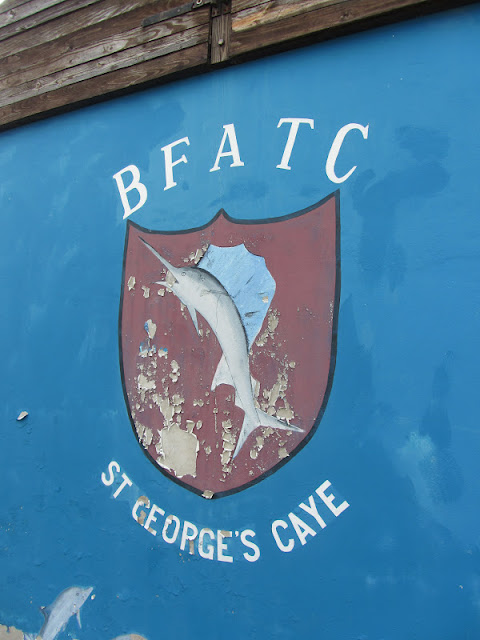 Wouldn’t this make the coolest summer camp ever?  You could lock those who misbehaved in those “comfortable cabanas”.

The optimist boats were set up for the kids. 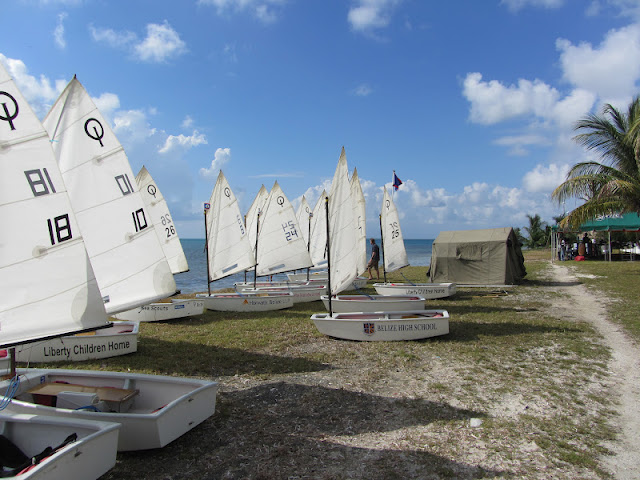 Some of the kids.  Go San Pedro! 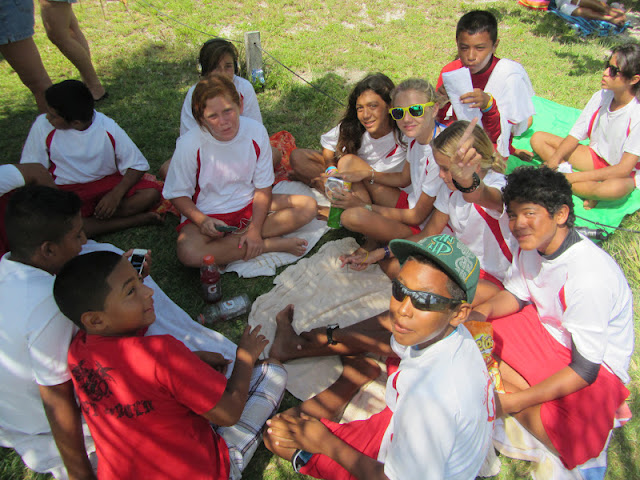 All participants assembled for a briefing on the sailing, the history of the island and why they were gathered here during this historic month. 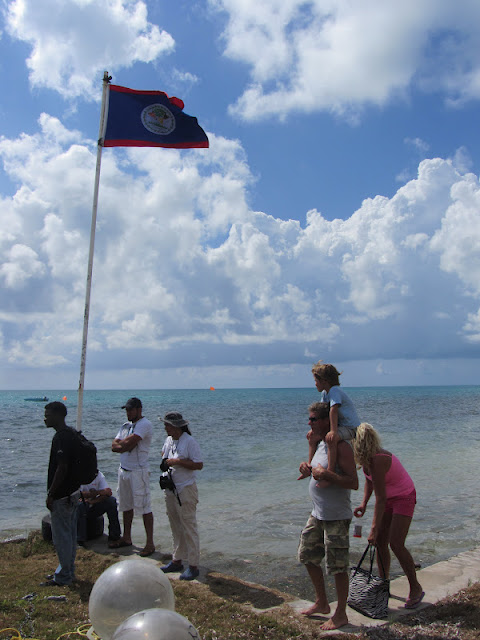 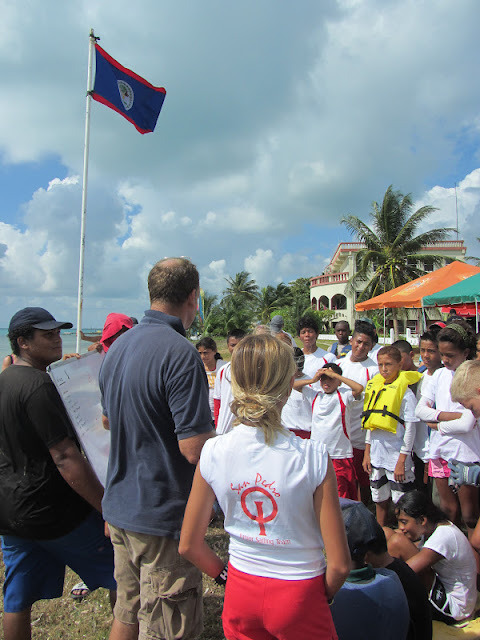 You can read the full history of the battle of St. George’s Caye here but in brief, a small group of British baymen fought off an attack by the Spanish in 1798.  Belize celebrates that victory each year on September 10th with a national holiday.

There were little bits of military history everywhere. 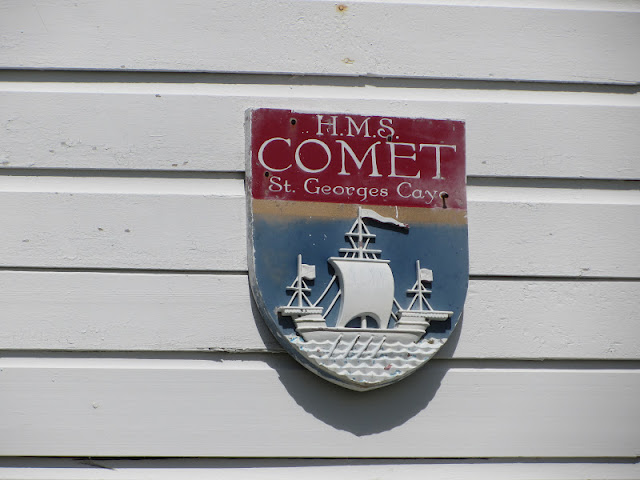 One of the cannons fired in the battle. 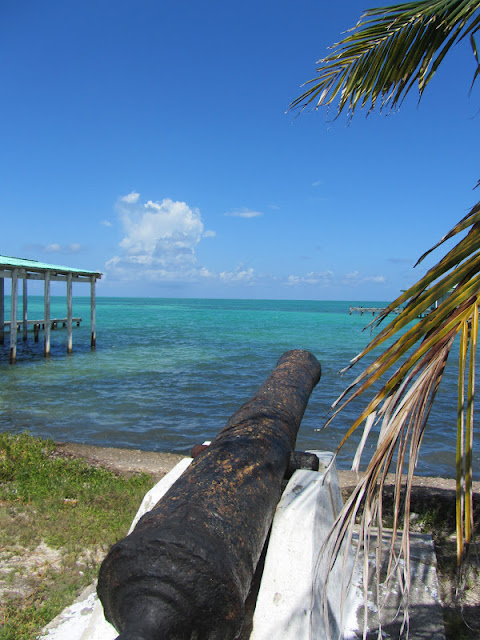 Yesterday was also the kick-off of the official month of celebration and boat loads of people arrived from Belize City and San Pedro for speeches, music and sailing. 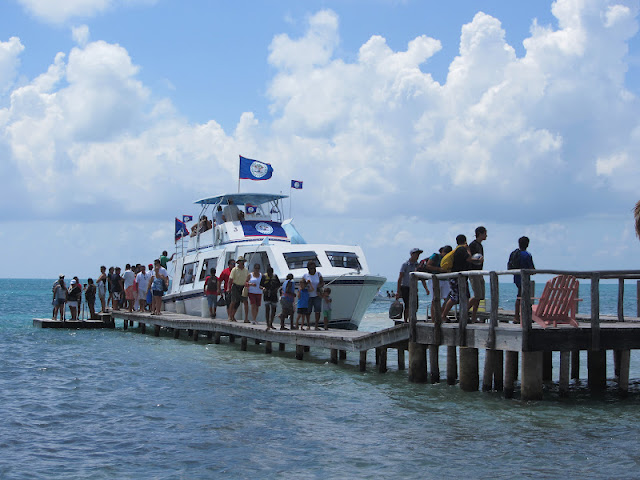 Minister Heredia and his wife were also in attendance.  He is actually the chairmen of all September celebration activities. 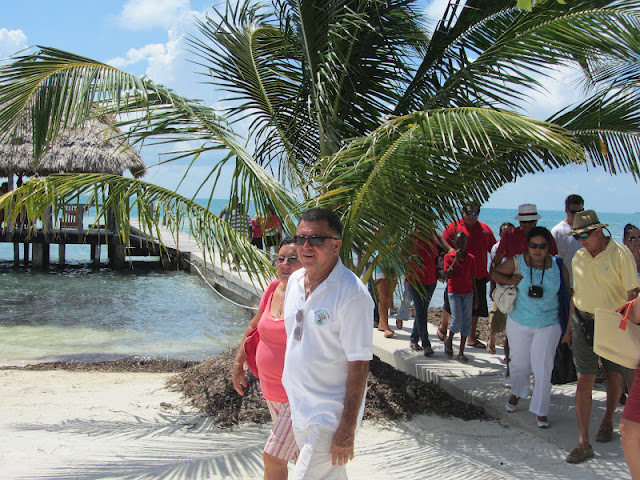 The mayor of Belize City was there and then, surrounded by police and the Belize Defense Force, the Queen’s man in Belize, the Governor-General Sir Colville Young. 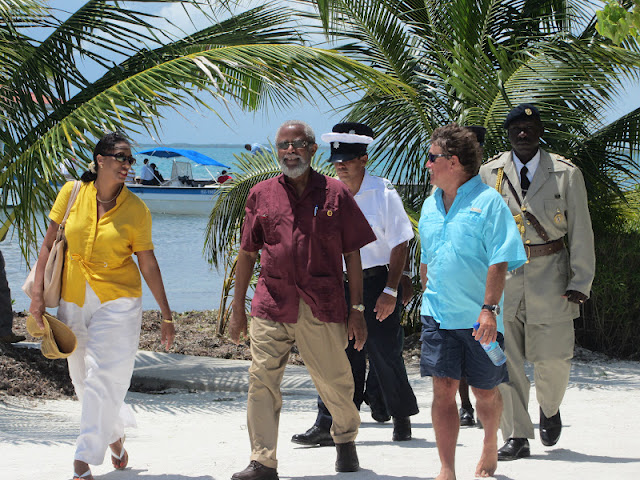 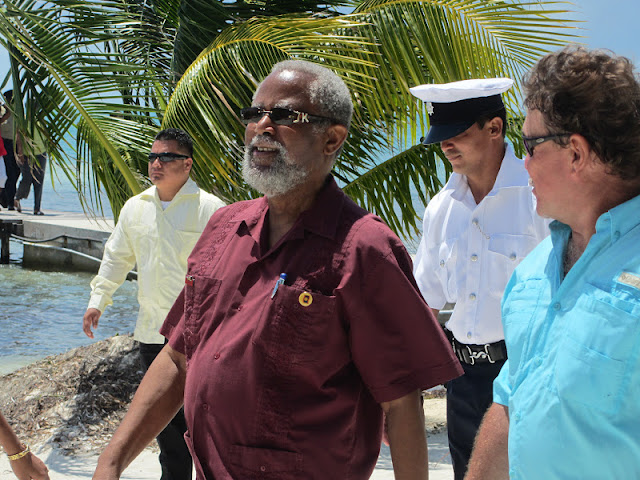 There were plenty of police on hand.  This friendly bunch even posed for a picture. 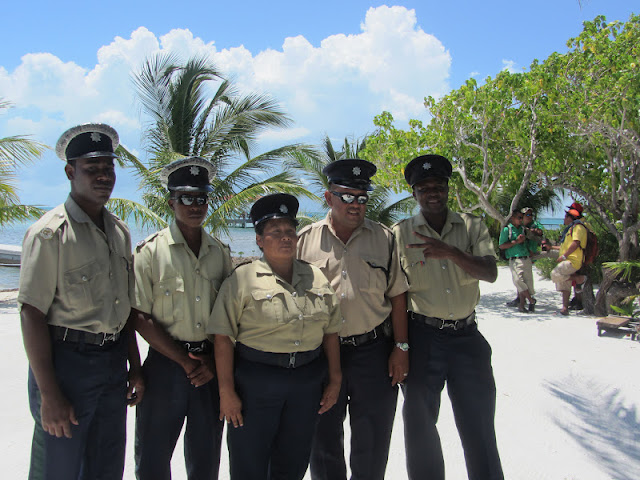 I have so much more but I’ll leave that for tomorrow (and maybe the next day).  The island is simply gorgeous…lots of open space, not one road or vehicle and beautiful sparkly blue water.  It’s has the super laid back feeling of summer in Cape Cod or Nantucket…but with coconut trees. 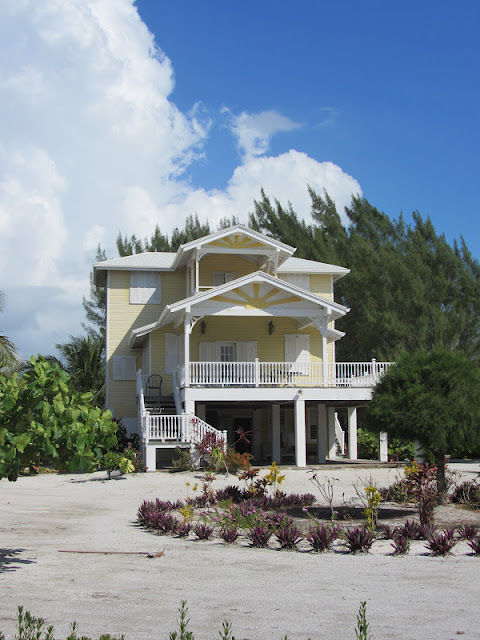 Pine needles and canoes?  It seriously could be New England. 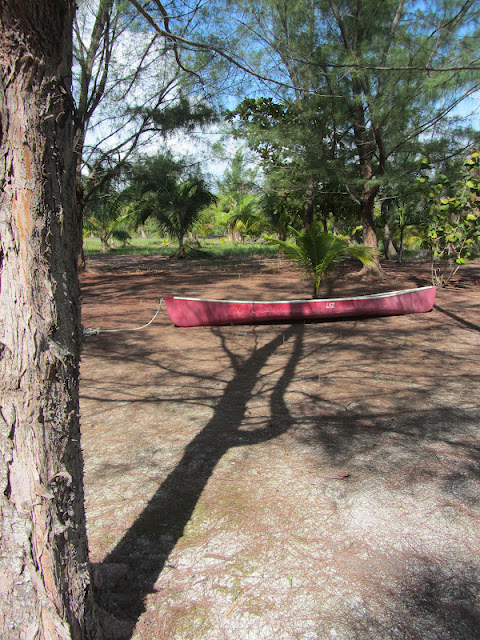 By the way, the British military radio station has some AWESOME video clips…check out this one called:  As drawdown looms, BFBS bids farewell to the best ever military posting.     Really cool stuff about San Pedro, all of Belize and the semi-fraternity atmosphere of the British troops in this country.