Karen Waldrup is an up and coming country star from Tennessee, a fantastic song writer, contestant on Bravo TV’s “Platinum Star” and all around sweet heart.  She originally emailed me a few months ago asking for places that she might be able to play if she came to Belize for vacation (a friend from Tennessee gave her my name).  She contacted a few venues in town and after listening to just a few of her songs, Wet Willy’s Cantina jumped at the chance.
Karen and Wet Willy’s decided to donate her performance to Mama Vilma House Foundation here in San Pedro, a group that has been working for 2 years to raise money to building a safe house for children and women in need.  Pretty cool.
Everyone that met Karen loved her.  Young and super enthusiastic about music and, after just one day, about Belize, she’s just…well…super cute. 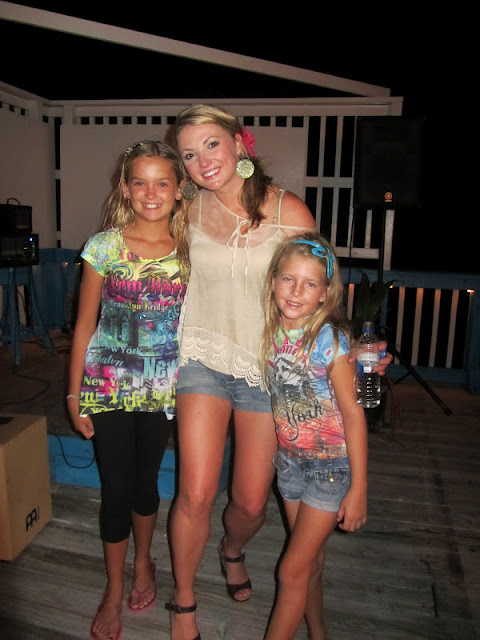 The show didn’t start until 7pm but Karen (and her boyfriend…sorry guys) were there early to take pictures and meet people. 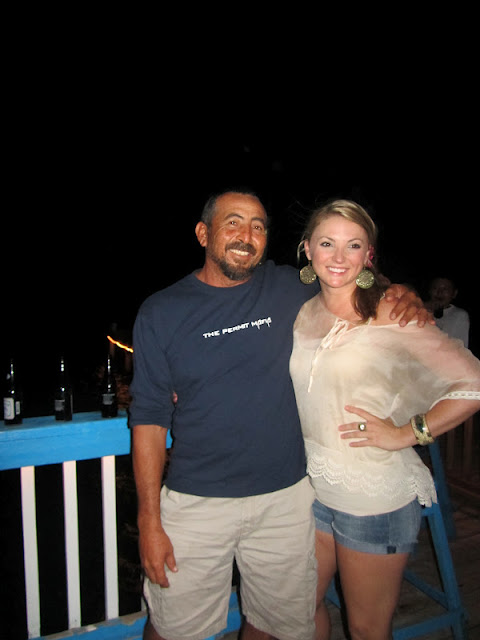 For donations, she took cover requests and sang everything from Stevie Nicks and Alanis Morrissette to some Bob Marley.  She invited guitarists and performers from the island to join in with her.  She also sang plenty of her original songs.

Karen’s got a ton of energy. 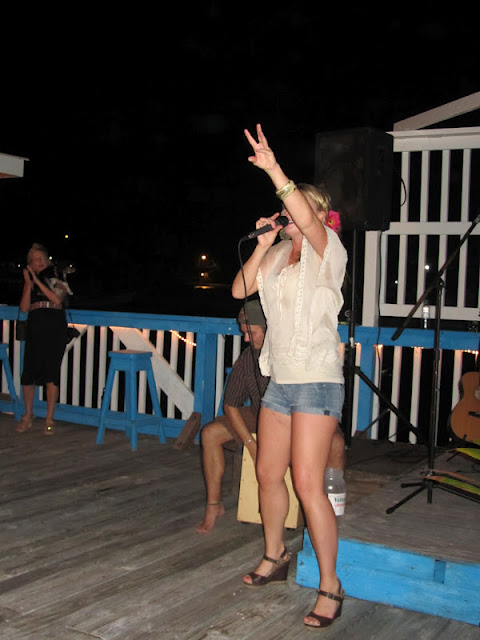 The kids loved it. 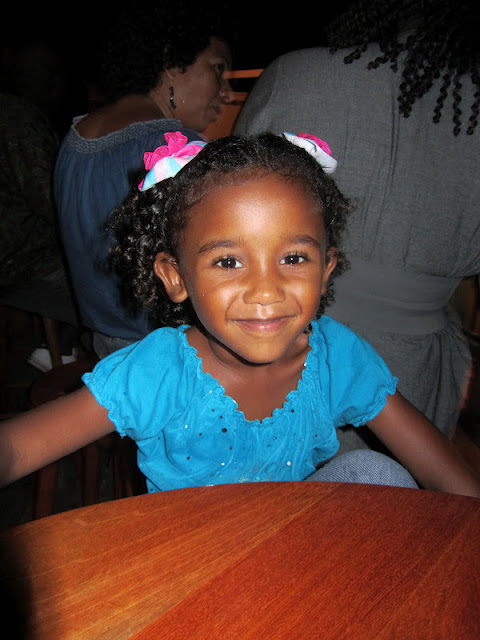 So did the adults.  Meet, if you haven’t already, Steve and Sue from Canada.  They are the brand new owners of Coco Loco’s Bar.  1st Bar North of the Bridge.  Very nice couple. 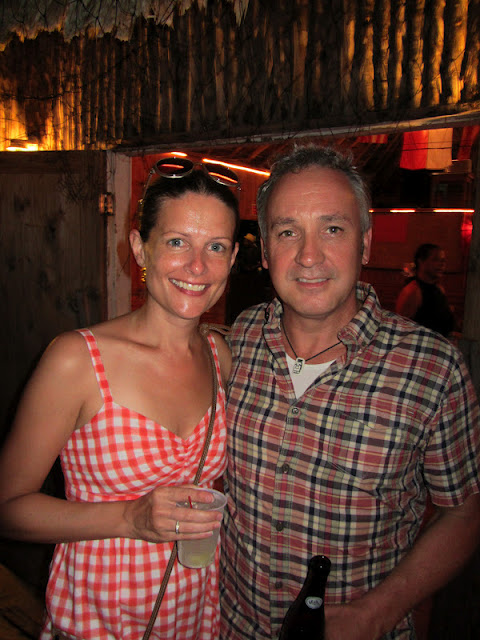 Inspired, Cowboy Doug even got up on stage and made a bit of an impromptu speech.  He invited Karen to come stay for a night at Grand Caribe.   Very nice of him… 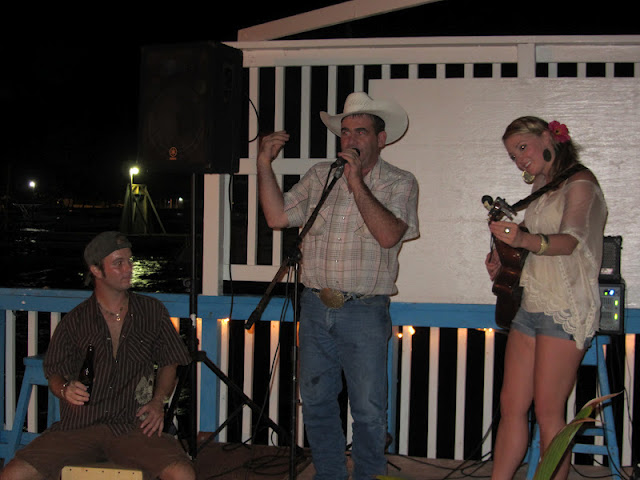 She was selling copies of her CDs…only $10bzd a piece. 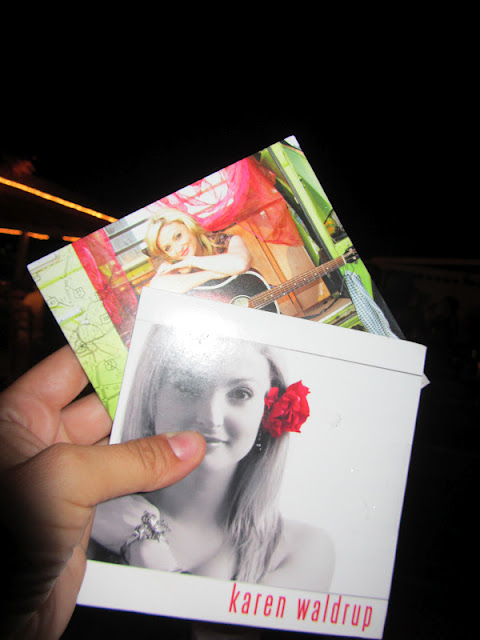 And though I am not a country fan (I arrived from New York City!), Karen was really fantastic.  More Joni Mitchell to me than classic southern twang.  A talented and generous performer.  The turn out was good but it could have been better…for such a great cause and impressive performer.  Hopefully everyone comes to Mama Vilma’s next event.

And!  I forgot to mention the burgers.  DELICIOUS and I didn’t even get a good picture…but I’ll show you my crappy, taken in the pitch black, one. 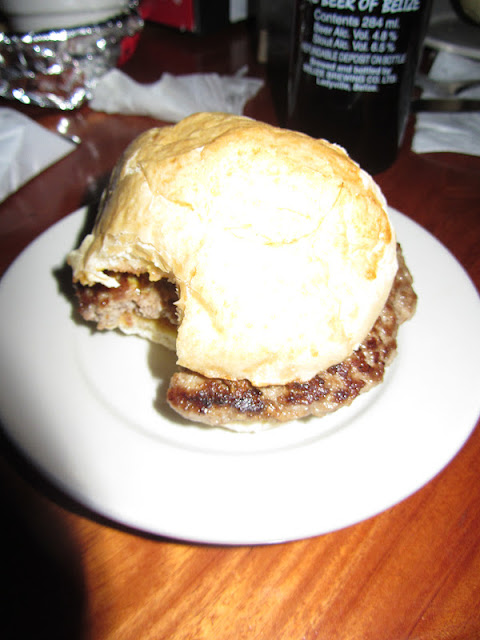 Only $5bzd on a yummy soft bun (they order from Mathieu’s Deli and Bakery), this burger was really REALLY good.  You are not finding a better bite to eat for $5bzd on the island…seriously.  I think you will be hearing more and more about their food.  (Oh wait!  I wrote about it once before if you want to see more than this really bad burger shot.  Here it is.) 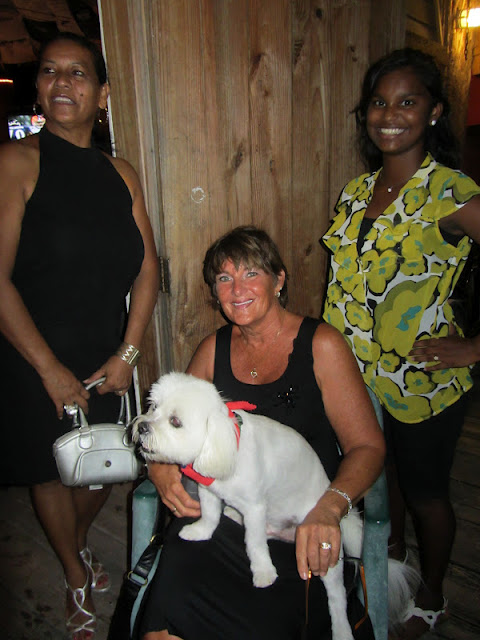 That might be it for a few months for live country performances in San Pedro but don’t forget that Jerry Jeff Walker will be here in very early 2013 and island favorite Kelly McGuire is never far behind.