According to the guide books, Popayan is an amazingly gorgeous white city and the second most beautiful colonial town in Colombia after Cartegena.  That’s a tall order.Though I have never been to Cartegena (YET!), Danni and Cesar (my travel mates) have been over-the-top GUSHING about the place.  They LOVE it, the atmosphere, the colors, the music, the entire mood of the place.  They are pretty much packing their bags and moving to Cartegena.  So second best?  We were expecting great things from Popayan.And to some degree it delivered… 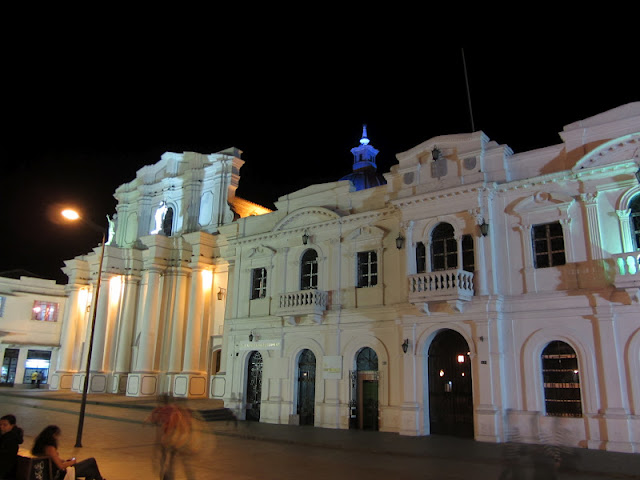 And in other aspects, it was just a bit white washed, empty feeling and well…bland. 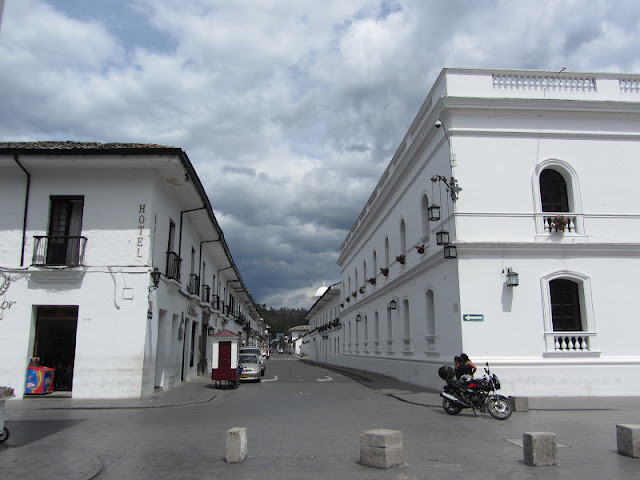 But maybe after all of this year’s travel, I am getting a bit too picky.

(For those of you wondering where Popayan is…it’s about 2 hours drive south of Cali and a popular stop for those doing the long drive into Ecuador.  It’s higher up than Cali, 5775 feet vs. 3300 feet and the temperature was pretty much perfect.  Warm in the day, “grab a light sweater” cool at night.)

Calling the city “bland” after just 2 days there is mean and judgemental.  You are right.  And I really need to cut  the city some slack. As pretty as it is, it is doubly impressive since Popayan suffered a horrible earthquake in 1983 that toppled many of its buildings.  The earthquake was small, a 5.5 magnitude, but hit just 5 miles from the city center and killed 250 people (many who were crushed when an old church collapsed).

Real quick…some other facts:  It was founded in 1537 as part of the important gold route from Quito, Ecuador to Cartegena (and then off to Europe). The city has been heralded by very influential UNESCO a few times.  As a gastronomic capital and for their huge Semana Santa (Easter week) festivities and parades.  It known as the “White City” and “American Jerusalem” since it is packed with churches.

Here are pictures from the town.  You be the judge. 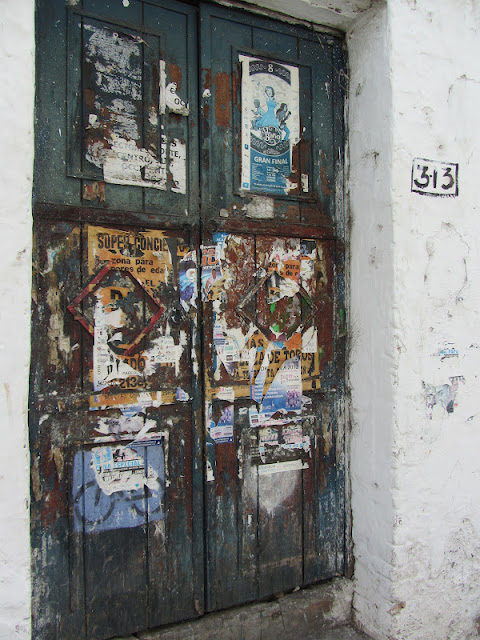 Juice and icy juices are complex affairs in Colombia. 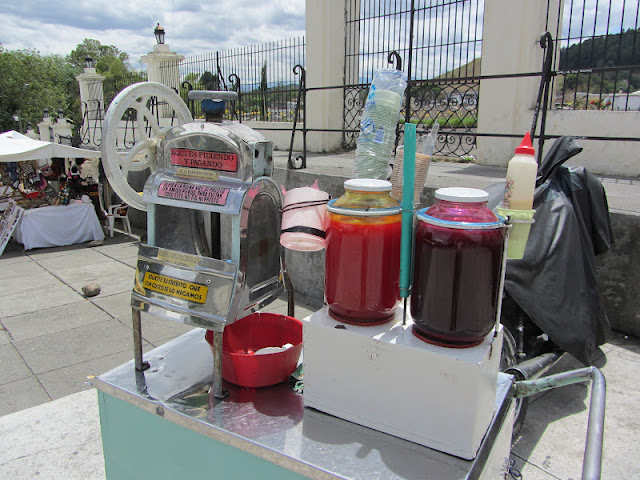 An aquaduct, now a bridge over the river that runs just outside of the main square. 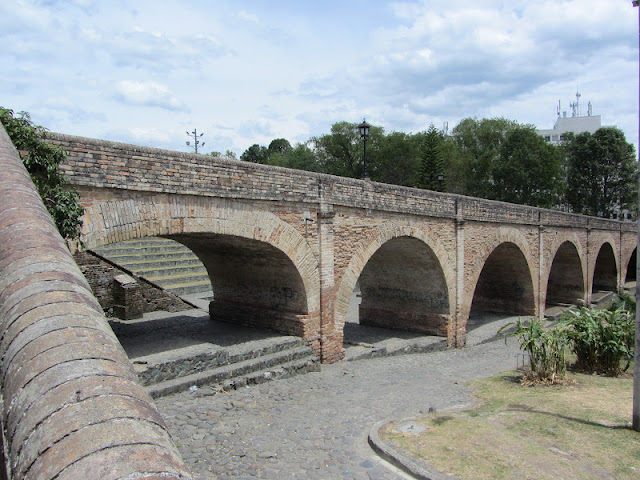 My favorite, the baroque Church of St. Francisco. 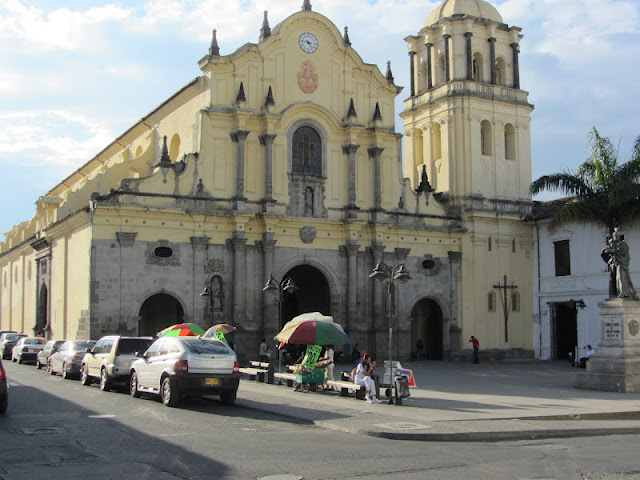 A huge bunch of delicious grapes (uva) for about 50 cents. 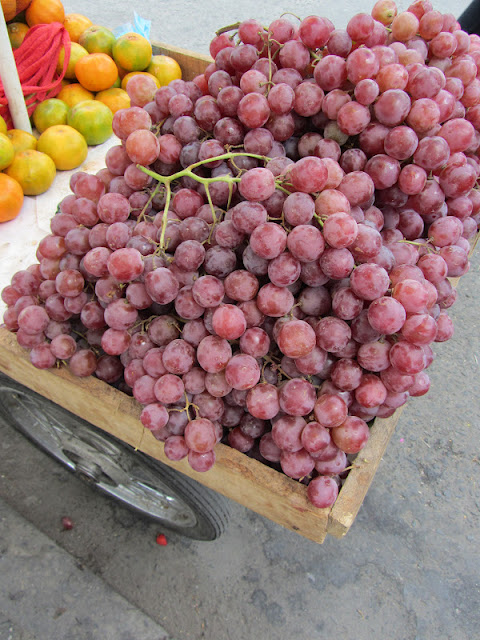 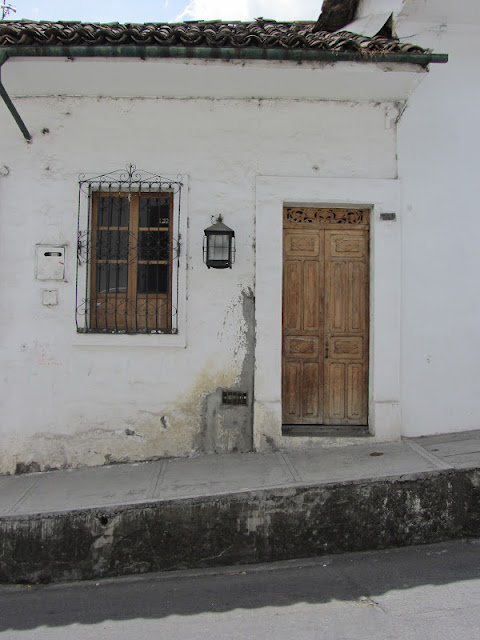 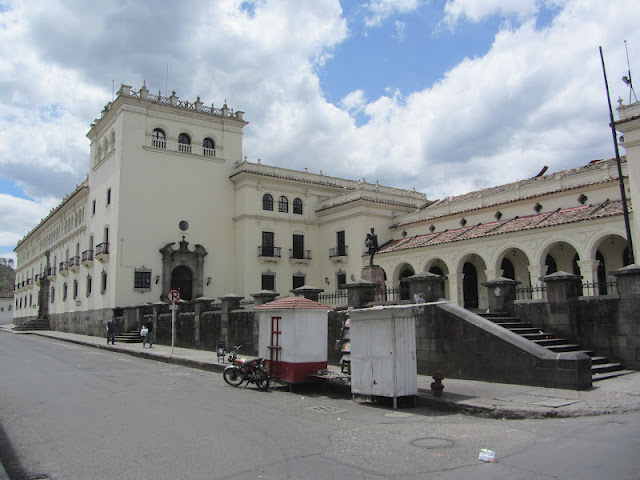 Some sort of student protest, the busiest this main square ever got. 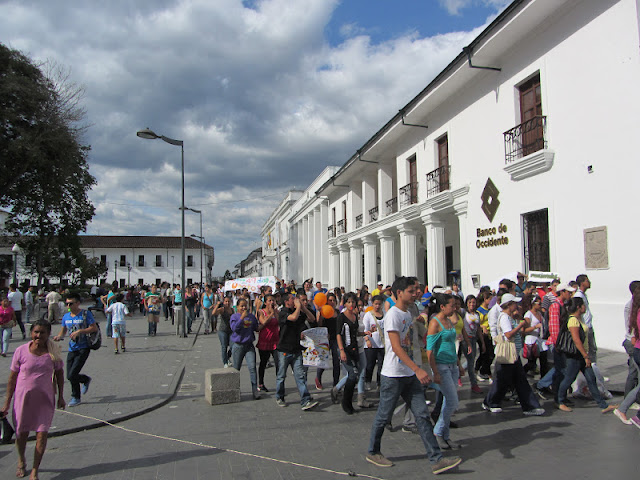 Yes, it is very picturesque, there are lots of churches but the city is missing something.  In the morning, until about 10am, the streets are almost deserted.  After about 8pm, the same thing.  We found it difficult to find a place to eat most of the time and on Sundays?  Almost impossible.

Though after hunting and consulting the (sometimes useful) Lonely Planet guide, we found an Italian place “Restaurante Italiano” open Sundays.   Just off the main square, they served some very nice pizza and house red wine. 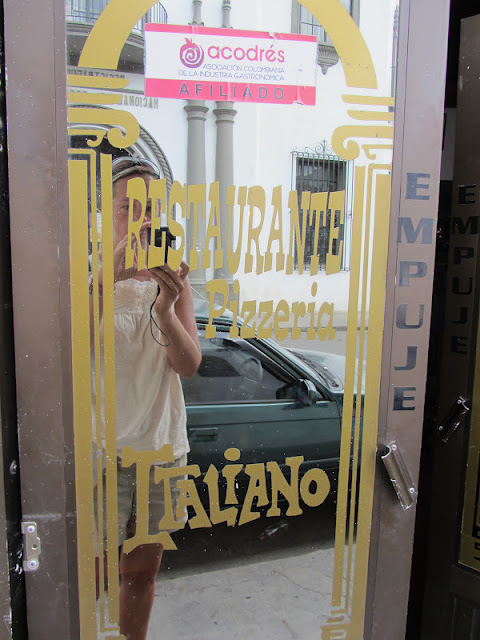 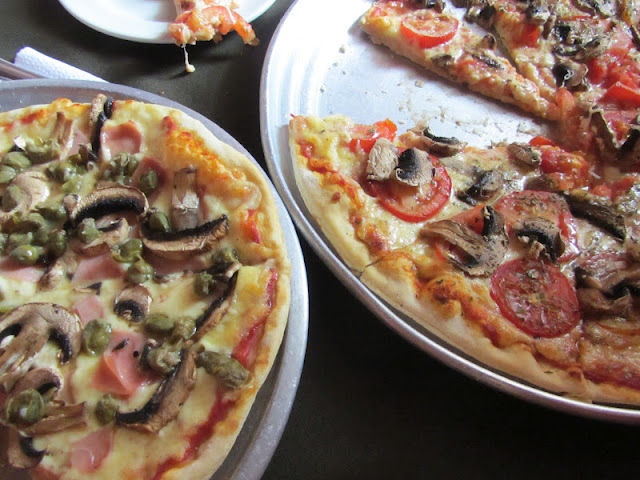 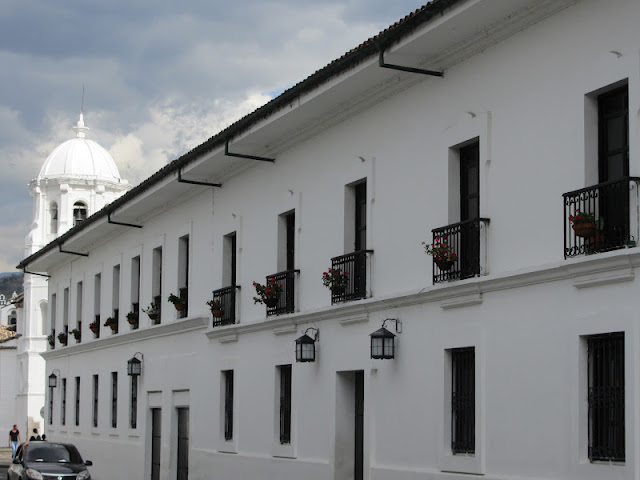 Popayan is missing the warm bustling friendly feeling of other Colombian towns…the vendors, carts, flower salesmen, the old guys playing chess, the music, the families in the plaza…the charm of Colombia.  The building are a bit too white and it feels like the metal doors have been pulled shut most of the time.  Travel guides say that Popayan is a university town but it doesn’t feel like it to me.

One exception?  The block right next to our hotel was a crowded mess of a junk market.  Mostly cheap shoes and phone credits, you had to fight your way past this block. 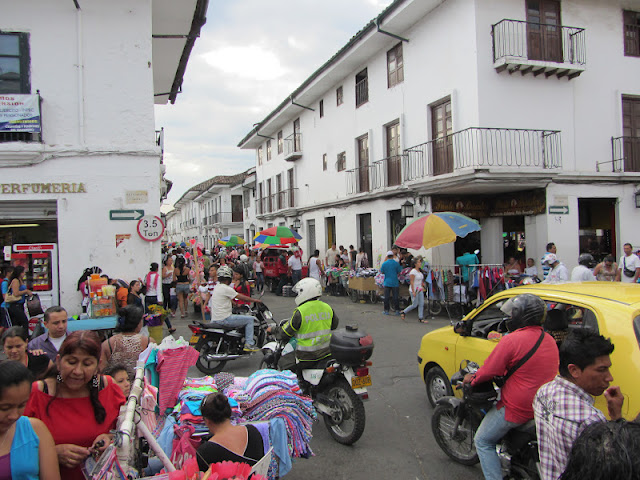 We stayed at Hotel Casa Grande.  A cheap ($45,000COP for a triple with bathroom or about $25USD) and very dated hotel.  It was in what was once a grand house but definitely needed some fix-it work.  Very Bates Motel.  But the room was huge and the beds were relatively comfortable. 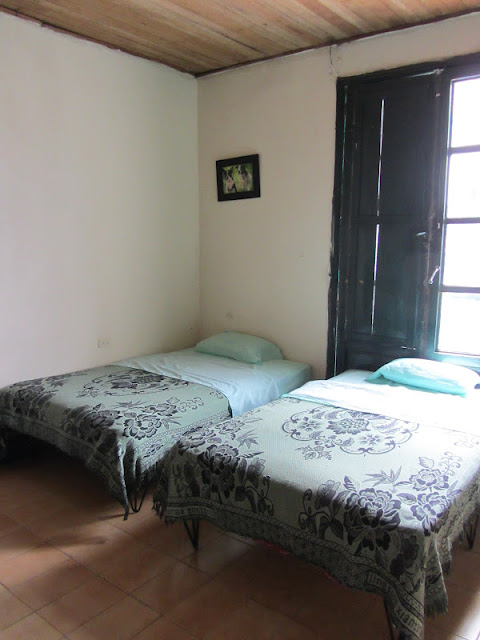 Our window and balcony looked right into the St. Agustin Church and Monastery.  And after staying there both Saturday and Sunday, it felt like we participated in about 6 different LONG Catholic masses.  If I am in Popayan again, I might chose another part of town.

Monday morning we headed back to Cali (or as LL Cool J said “Going Back to Cali”…I couldn’t get that song out of my head the whole time I saw there).

Sadly, Popayan was as close as I’m was going to get to the Equator…at least on this trip. Popayan sits at 2 degrees 27 north or about 150 miles north our earth’s center line.  Close but so far away. 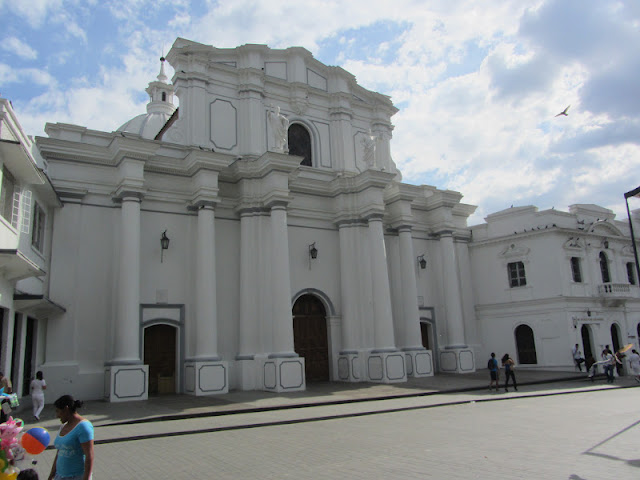 10 thoughts on “Popayan: Colombia’s Second Most Beautiful Colonial City is a Bit Bland”