The air over the Caribbean Sea continues to churn in typical late October fashion.  This weekend a wave of serious rain passed over and left us drenched.  The island, though, got relatively lucky.  The mainland was hit the hardest.  And flood watches and warnings were called late Saturday afternoon for Belize’s largest city.  The storm was so intense that NEMO (our Emergency Management group) was monitoring it closely throughout Saturday night.  Apparently, it was very close to forming Tropical Depression characteristics.  Sometimes they can just come out of nowhere.We are monitoring another system now that is in our area but thankfully predicted to switch direction soon and head back up to the north east.  Let’s all keep our fingers crossed.

What to do on days that are grey and dreary and nights that are pouring rain?  Well…you can always head to your favorite restaurant and/or bar, relax and have a few beers.  Well…at least that is what I did.

The day actually started out with a bit of sunshine. 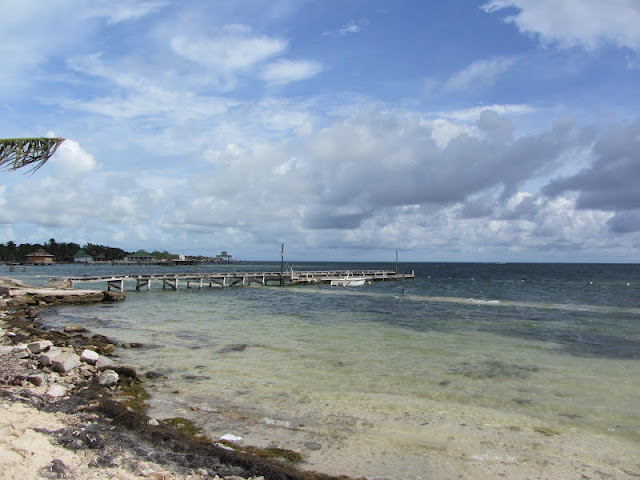 Apparently it was still warm enough for bathing suits…tiny ones.  I was wearing my rain jacket most of the day. 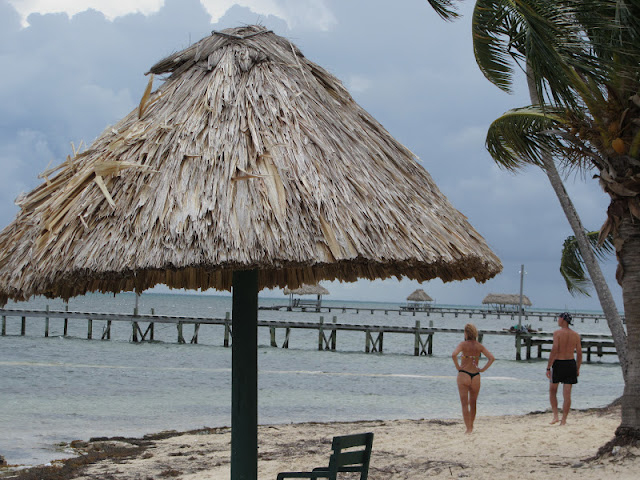 Sorry…that is very childish but you don’t see very many thongs in Belize.

A great morning to head over to Estel’s, San Pedro’s favorite brunch spot, for some micheladas and BBQ. 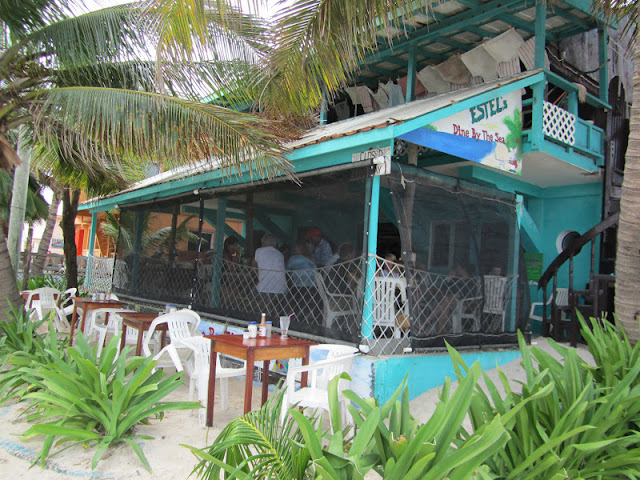 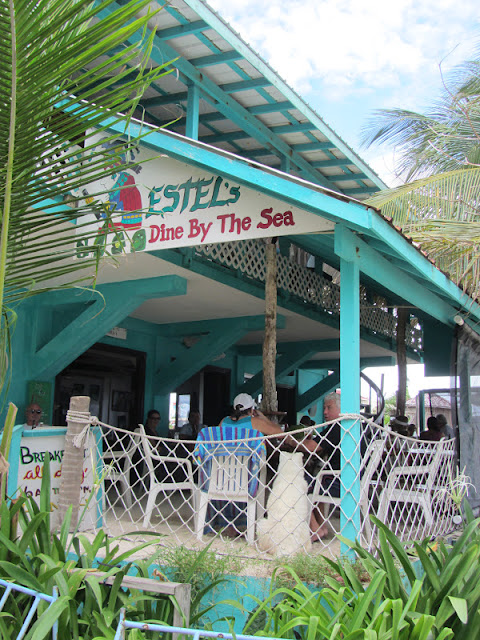 One of the prettiest sights on the island is their menu. 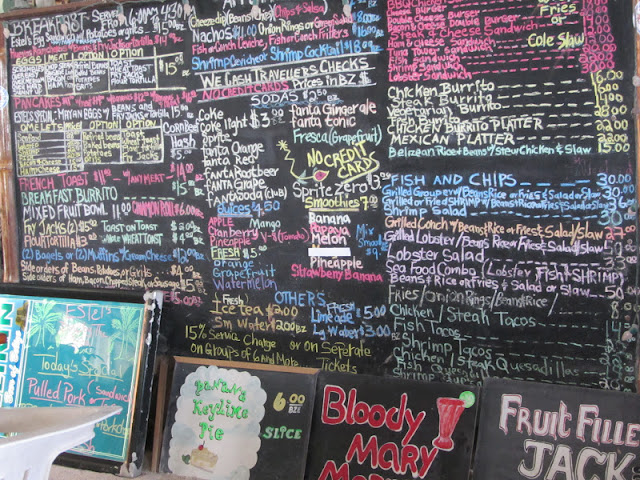 An iced cold Michelada is also a very beautiful Belizean sight.  (Click here for my recipe for this yummy beer/bloody Mary classic Belizean hang over remedy.  Did you know a hangover is called “goma” in Kriol?) 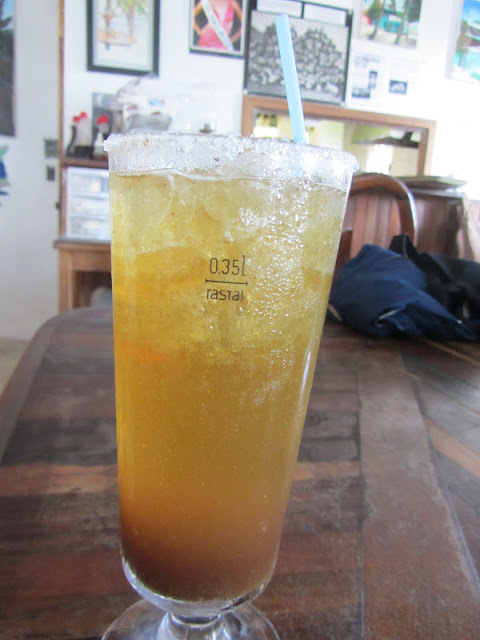 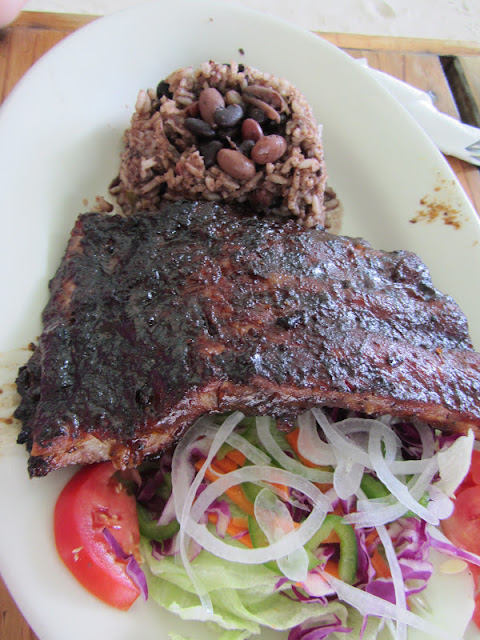 We stopped at Canuck’s Sunday Fun Day rather than go home to sit inside.  And what makes a fun day even more fun is this ridiculous coconut hat.  I think I took about 15 pictures of Canuck’s owner Krista with this on her noggin. 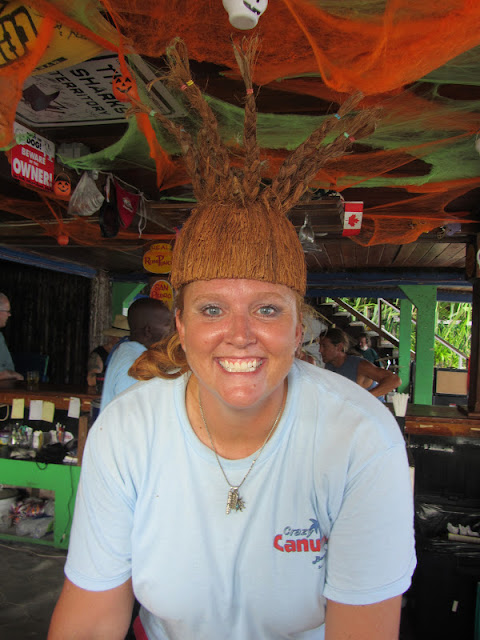 And then when Coconut Leo arrived sporting the same hair-do?  I couldn’t resist. Love them both.  And I love how Leo always calls me Reb.

The band was in top form…they really sounded great yesterday.  A gentleman from Chicago sat in the jam session for about an hour.  I thought this was a ukelele but apparently I was wrong. 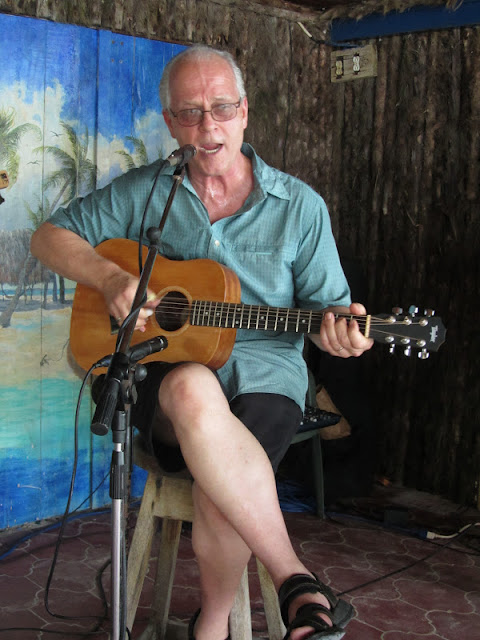 And I like to torment the rest of the band by taking close up pictures…Drummer Dan. 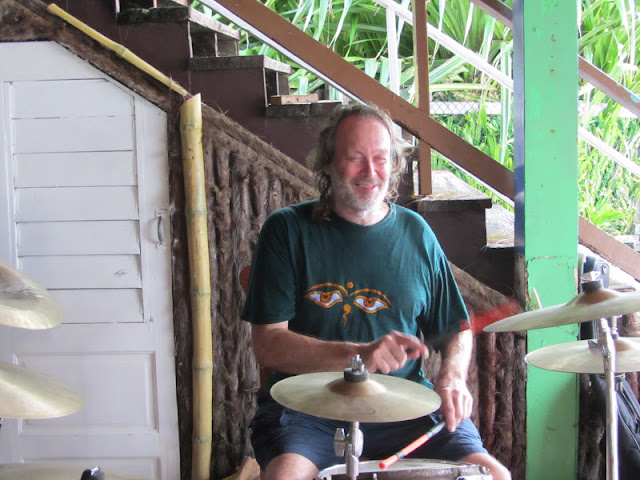 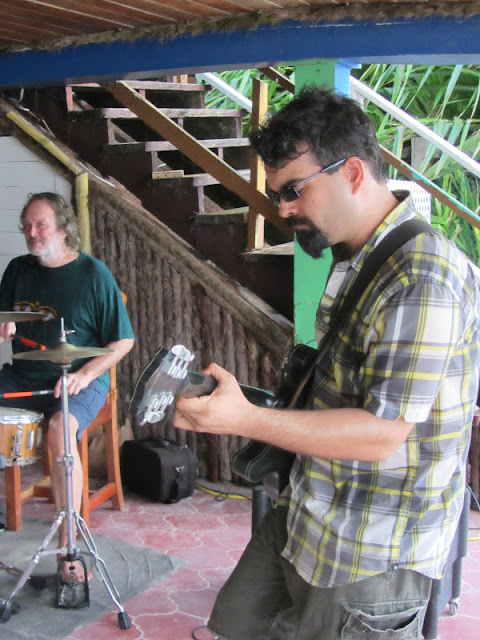 And Derek.  Derek!  What’s that on your tongue! 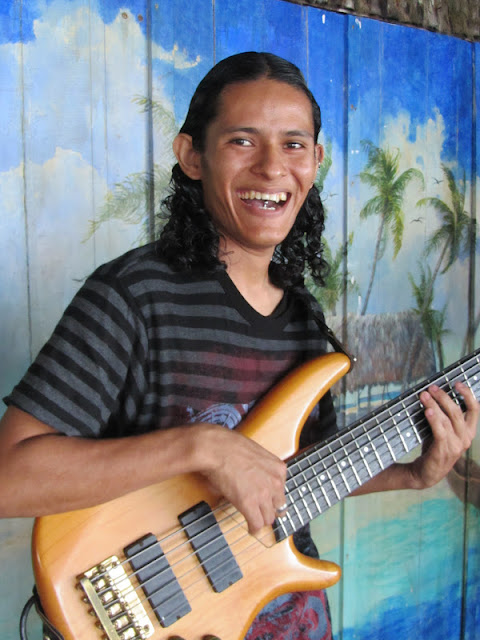 Early on, there was a steady crowd but by 6-7pm, the place was packed and it was raining like crazy. 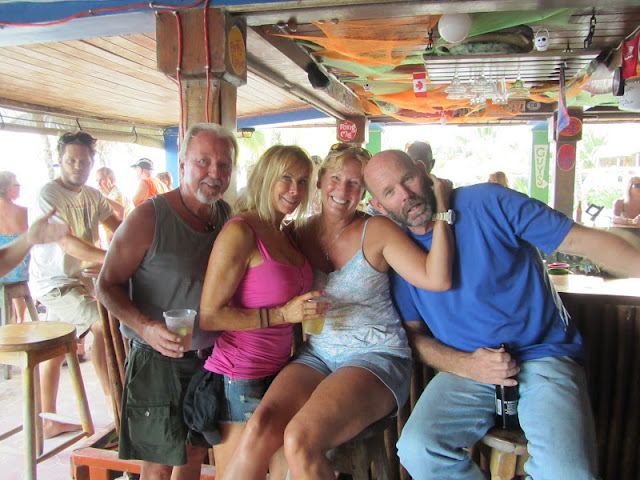 The rain did hold off until then and there was a serious horseshoe tournament going on while the sun was still semi-shining. 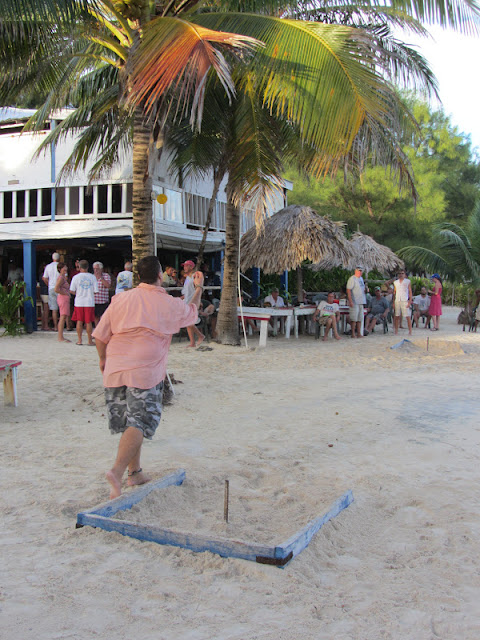 Today is starting off rainy again…let’s hope this all clears up soon.  We don’t want rain on Halloween AGAIN!