Ok…let’s get back into it.  If you missed Part One, you are going to want to read it.  And lucky for you, I have it available right here with just a click of your mouse.  http://www.sanpedroscoop.com/2011/09/best-independence-day-in-world-parade.htmlSo, the parade was rocking, we were all sweating and the next group was absolutely one of my favorites.  The Blue Morpo Butterfly themed group from ABC Pre-School.  In fact, I think they came in first place. 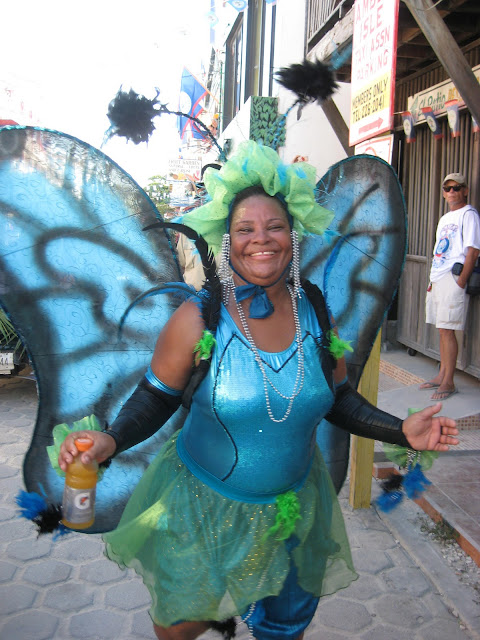 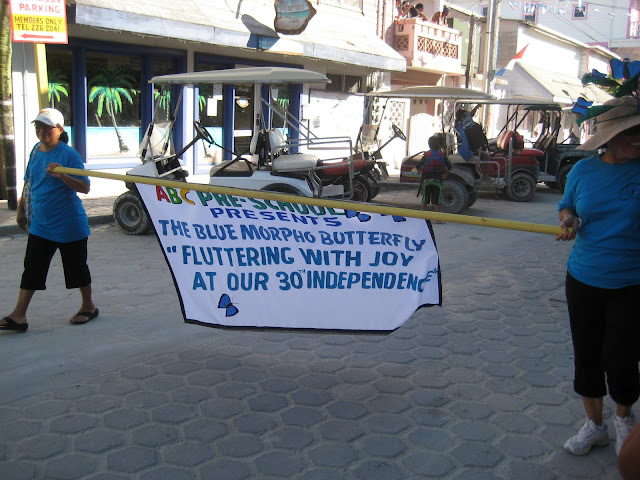 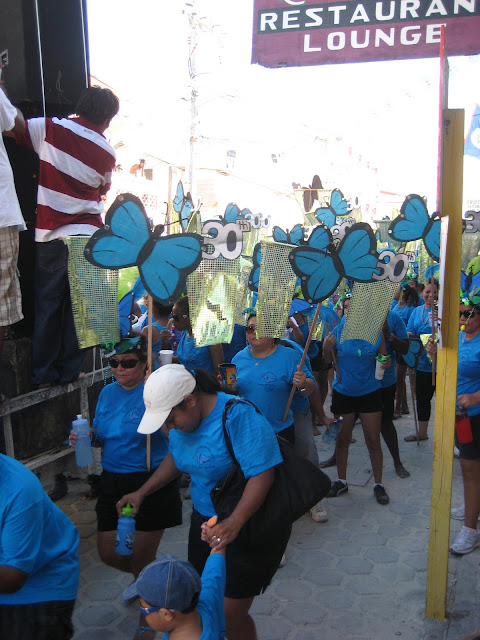 The ABC Princess posed for me.  Very cute.  Look at that strapless dress and those mini heels. 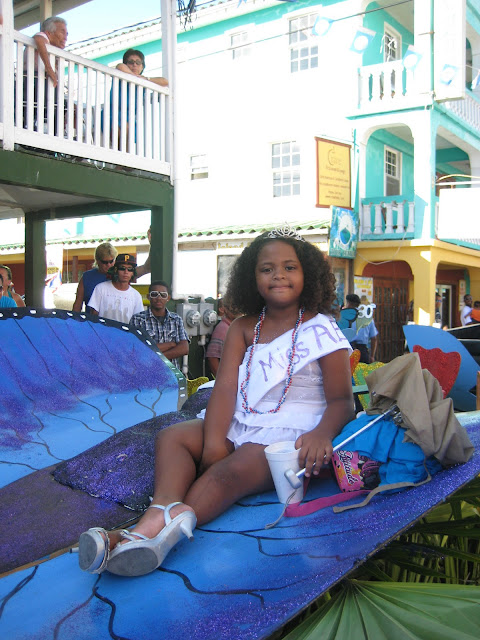 I’m not even sure how some of these golf carts were driving. 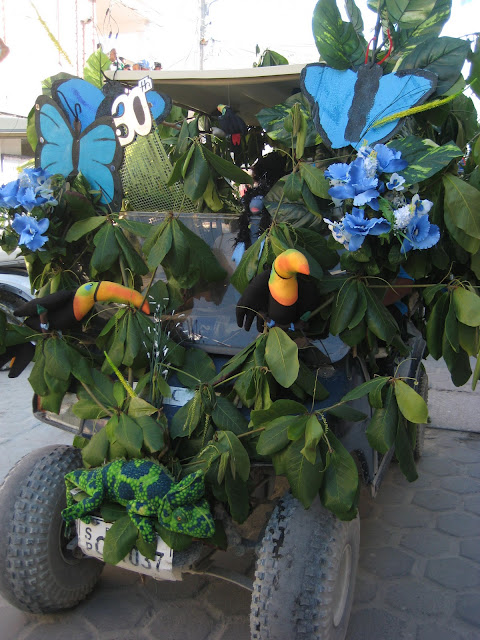 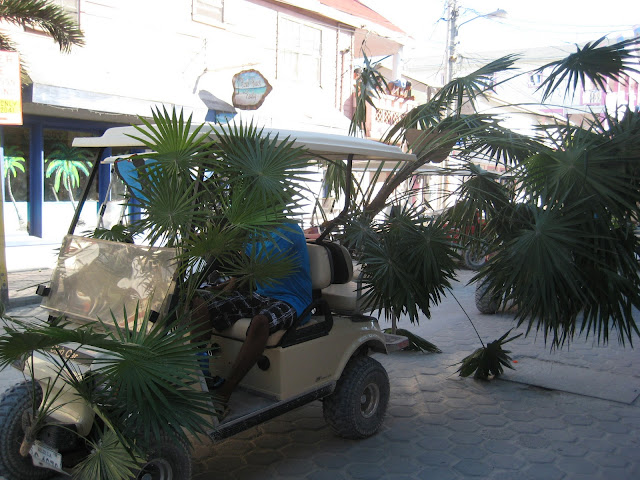 Atlantic Bank rolled up next.  I wonder whose job it was to make a glitter visa card.  That is funny to me. 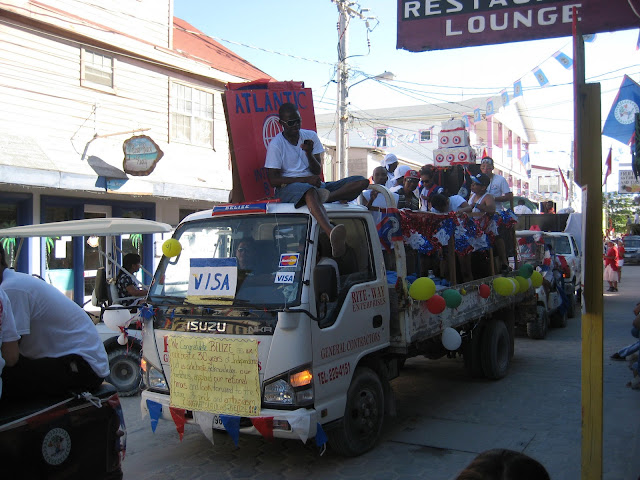 AIDS commission followed.  Where did everyone get all of this glitter?  Did a glitter barge arrive on the island last week that I missed? 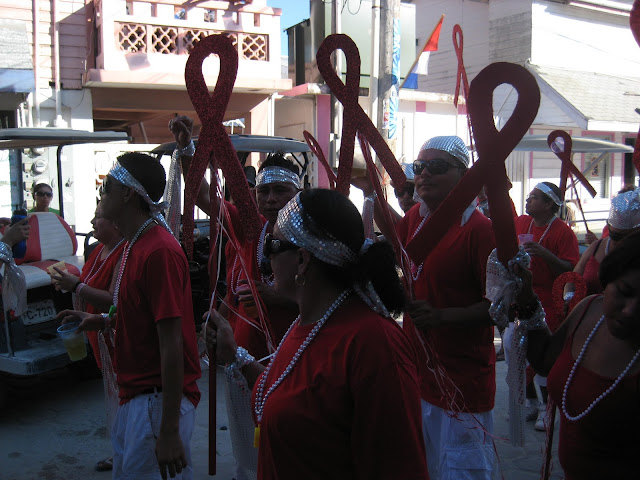 This group was my very favorite.  They had so much energy and were having so much fun dancing.   Some of the pictures are blurry…these girls’ and guys’ hips were moving too fast for my little Canon. 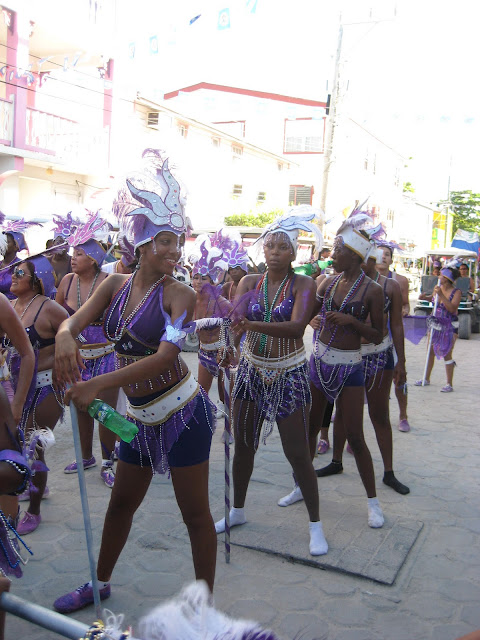 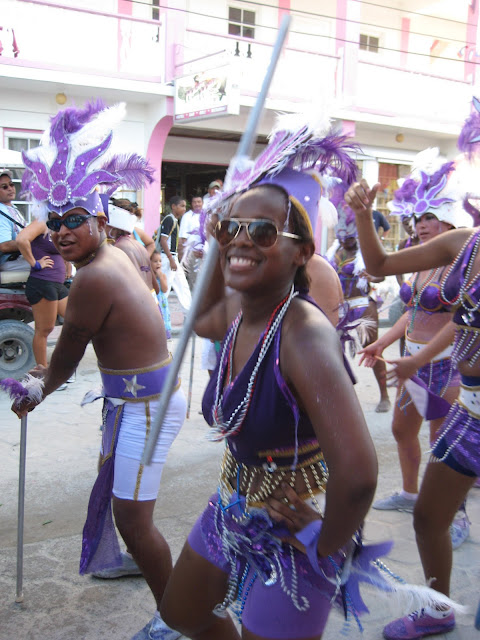 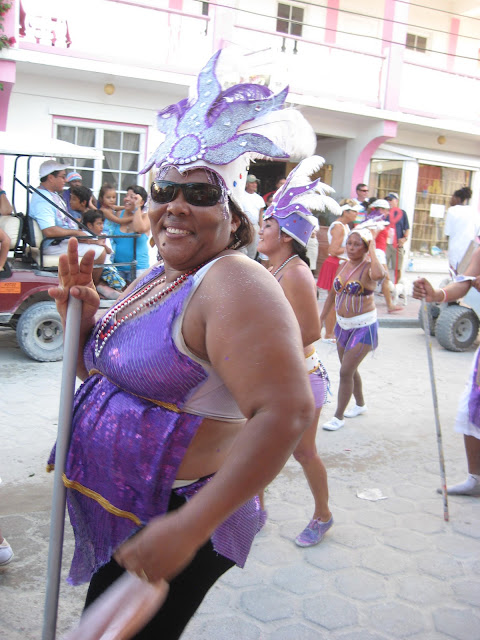 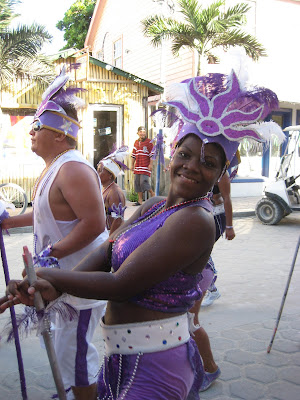 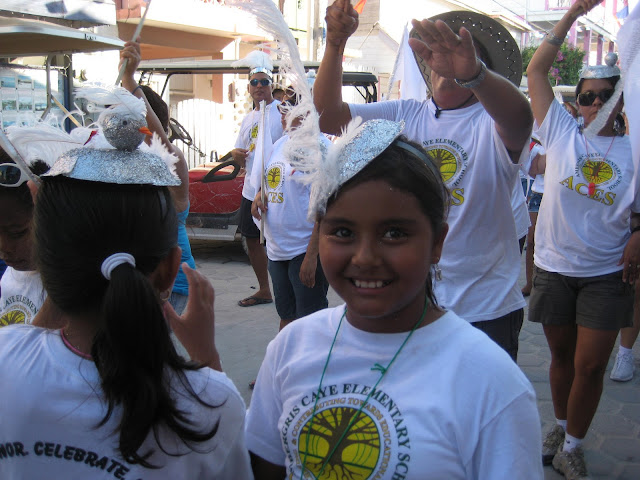 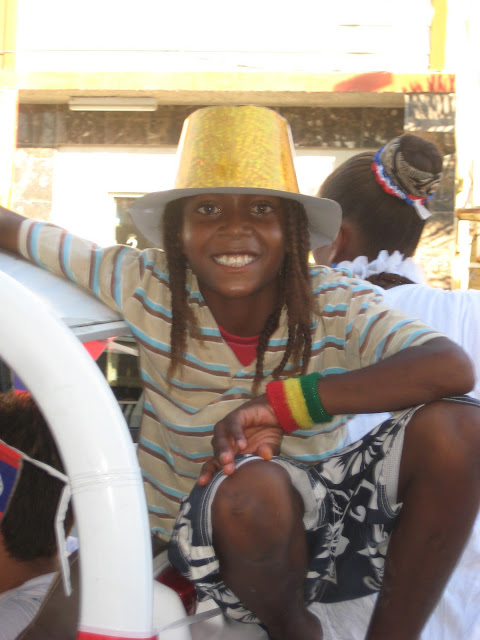 Of course ACES has a princess too. 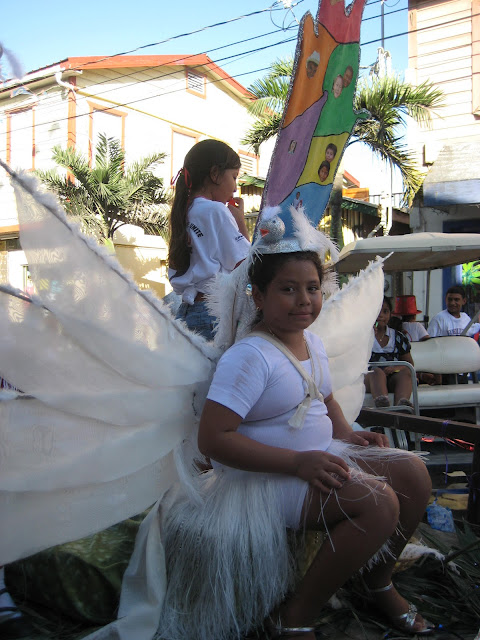 Marina’s Store.  They had such an elaborate float with little kids dressed like all the different cultures of Belize…Garifuna, Mennonite…it was really well done.  And these little girls in their pimpin’ sunglasses led the way. 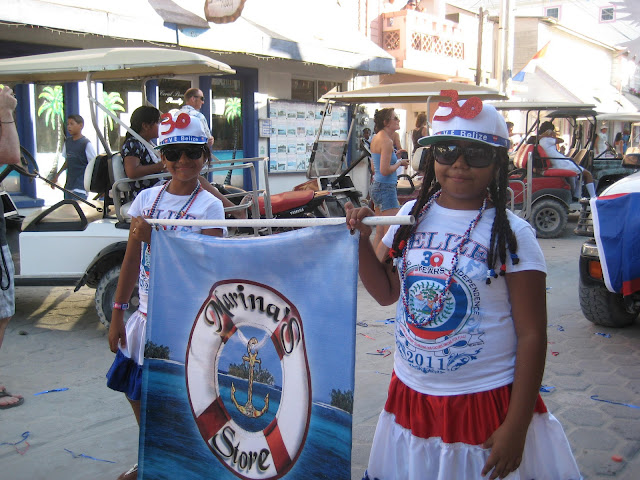 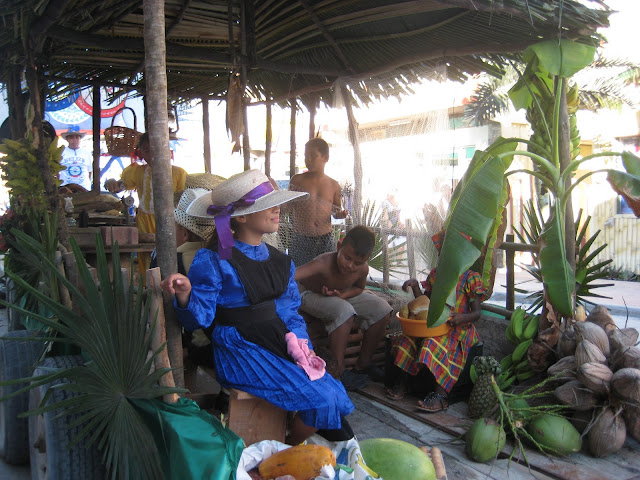 And the big daddy of all floats from the new Daddy Rock’s (formerly Big Daddy’s) the oldest bar/club on the island that still exists.
It was led by these mini dancers.  Could anything be cuter? 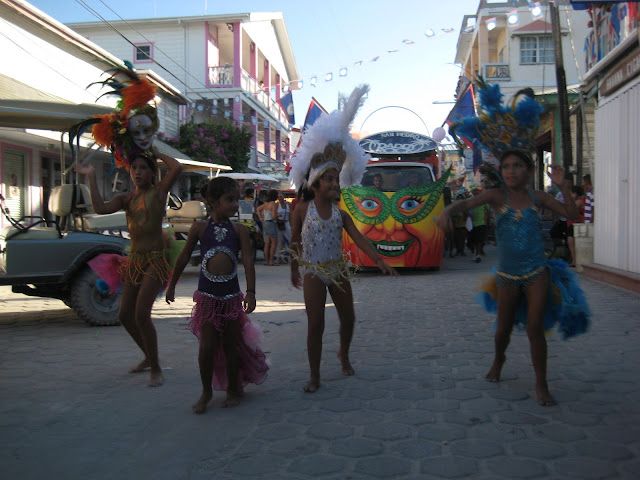 And this impressive mask on the front of SP Hardware’s truck. 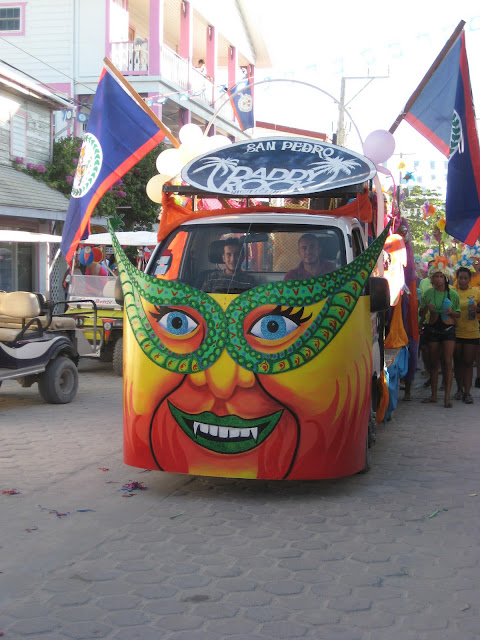 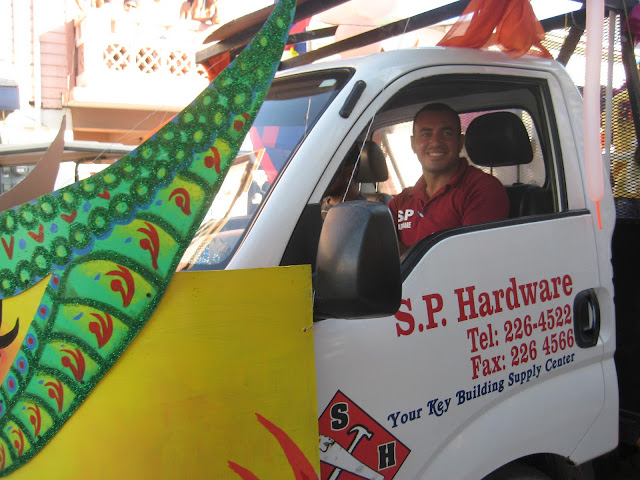 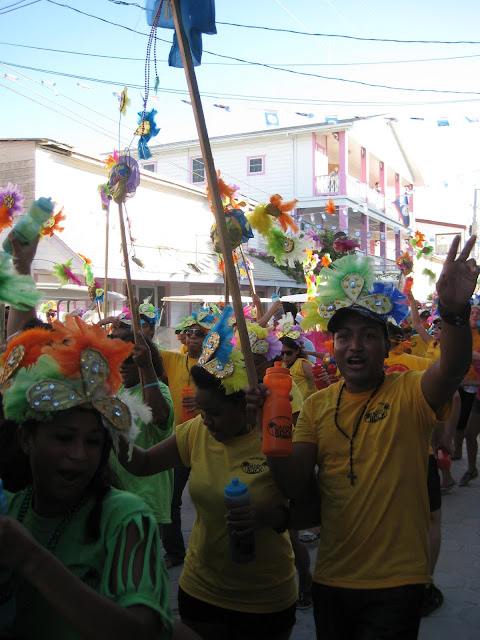 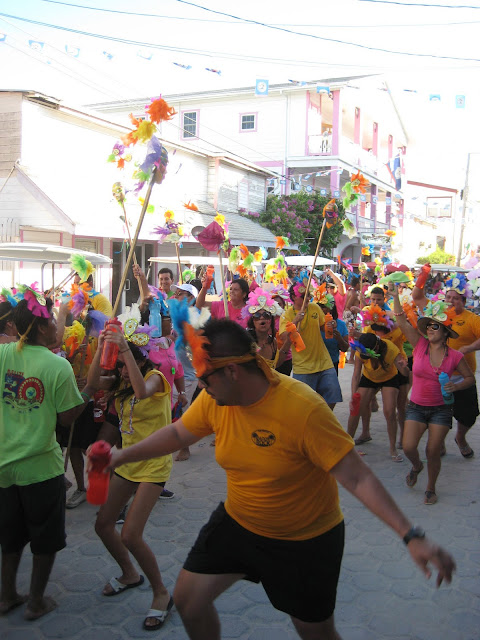 Phew…that was exhausting.    Everyone headed over to the park afterwards for the post party, ceremonies and the announcing of the winners.
It was nice to see the traffic guys working on a holiday giving tickets to people that were SO INCONVENIENTLY PARKED. 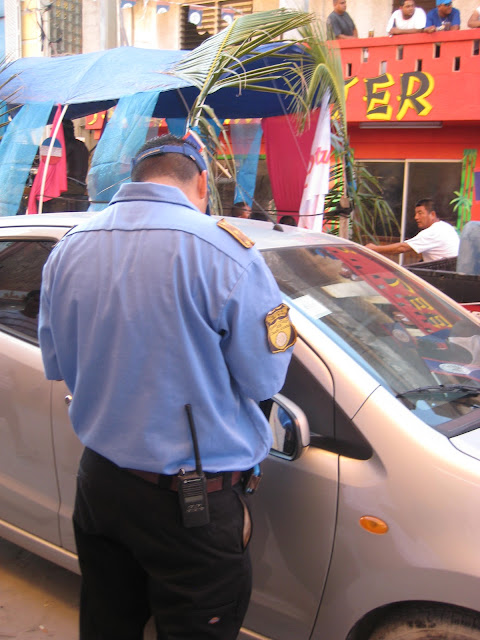 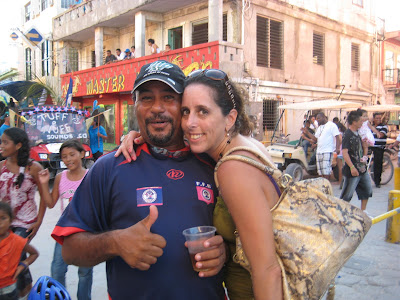 Lara and Le Roi and  then, Lara and Dennis. 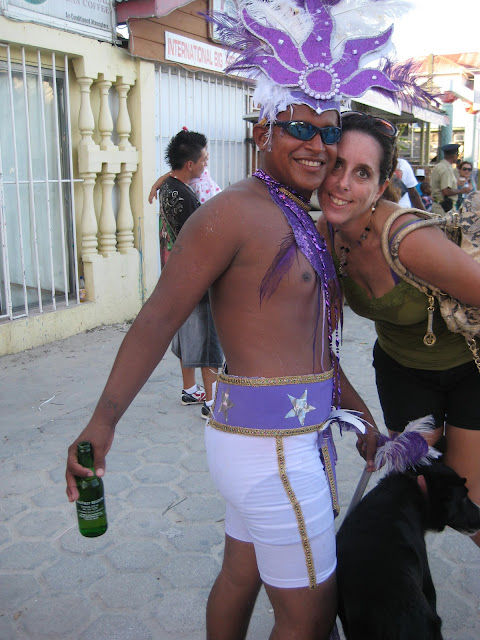 I’m sorry to lead you guys on…I didn’t realize that I have so many pictures.  And I loved the parade so much that I wanted to upload them all but trust me, I weeded about 80% out.  Roadkill’s Hot Dog Eating Contest (aka Part 3) is going to have to wait until tomorrow.

I’ll leave you with this sign hanging at Rehab Bar (outside of Jaguar’s) where a bunch of us went for drinks during the ceremonies. 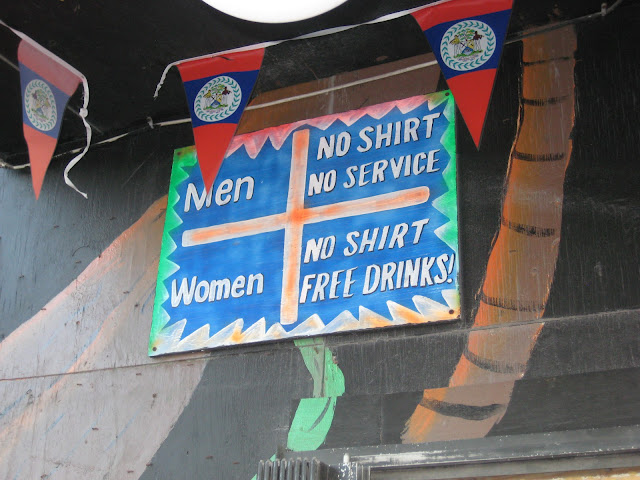