I love Independence Day in Belize.  Love, love, LOVE it.  To me, it should be the one day of the year that every hotel in town is full.   Everyone pours their whole heart into it.  From the parents that spent weeks glittering the school float to the kids who practice their “slow tornado” dance moves to the DJs that bought an 11th speaker to make sure the music was just-beyond-ear-drum-shattering, it rocks.Go Walter!  Best DJ of the parade. 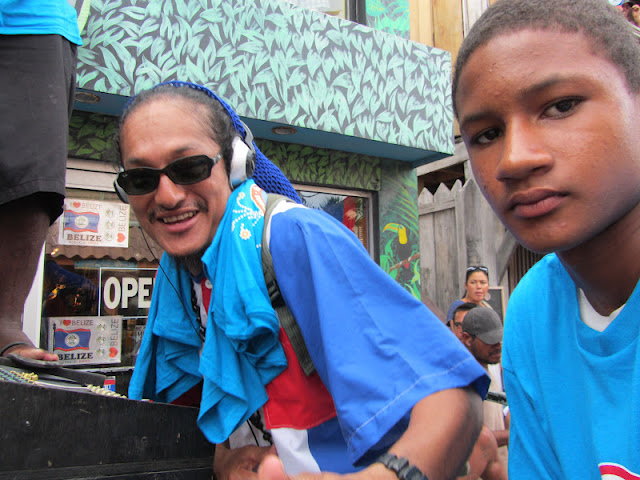 And I took one billion pictures.  So let me just start posting them.  (Click here to play the correct music for viewing…and turn it up.  LOVE THIS SONG.)

I think they are self explanatory.  AND luckily the weather held out…and a breeze, ever so slight, picked up during the parade.  Phew…relief.

It was tough going down Front Street, low hanging signs and lots of parked vehicles.  The first float carrying Miss San Pedro (isn’t she cute?) and leading the town council… 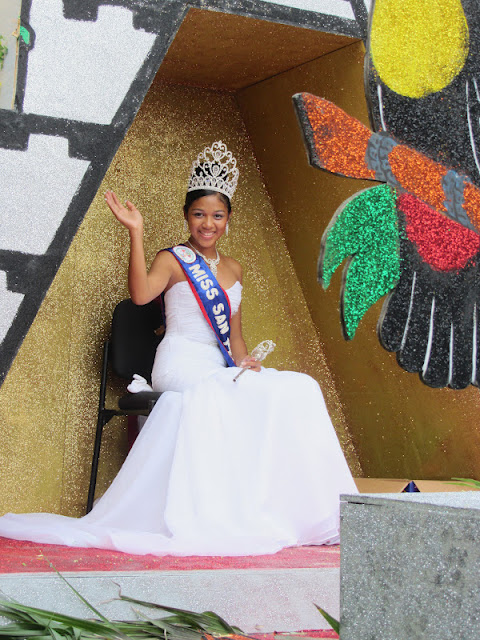 knocks over a motorcycle.  Whoops. 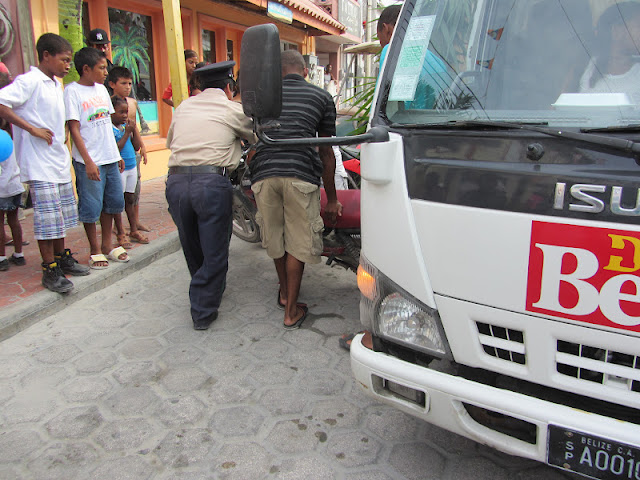 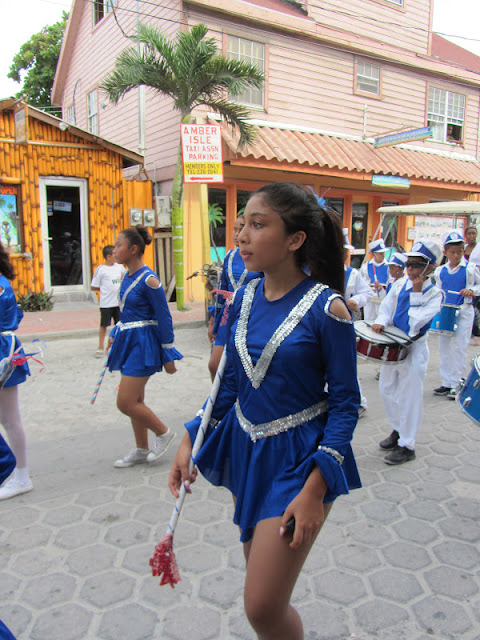 Unlike a parade in the US, San Pedro’s had only one marching band. 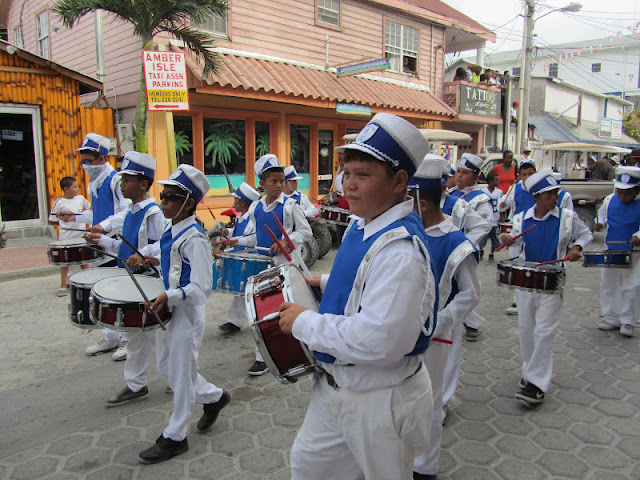 To substitute… DJs and HUGE speakers. 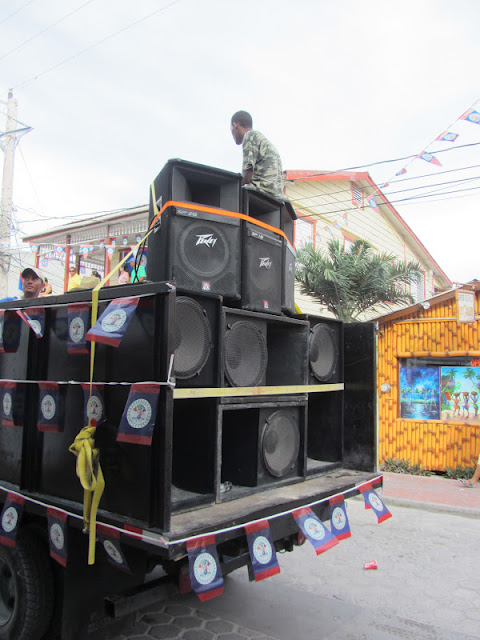 Next up, the credit union.  Their troop seemed unaffected by the heat.  They were going strong. 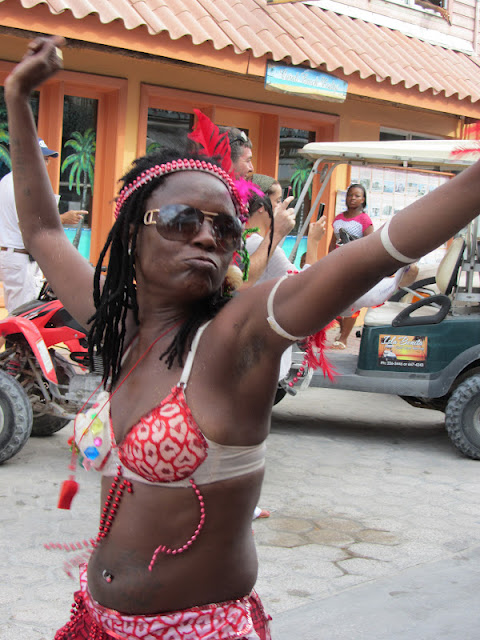 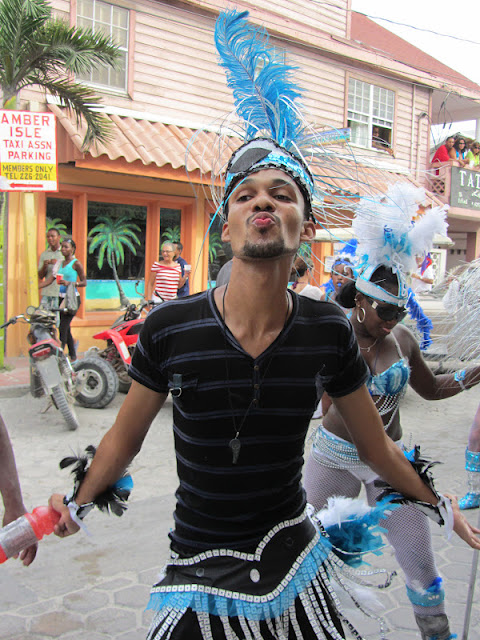 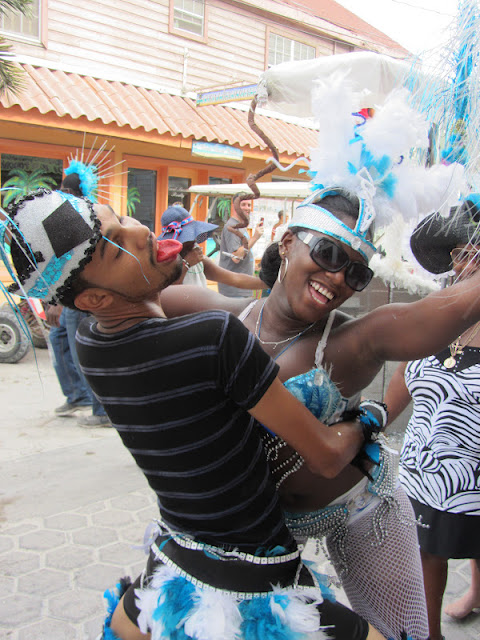 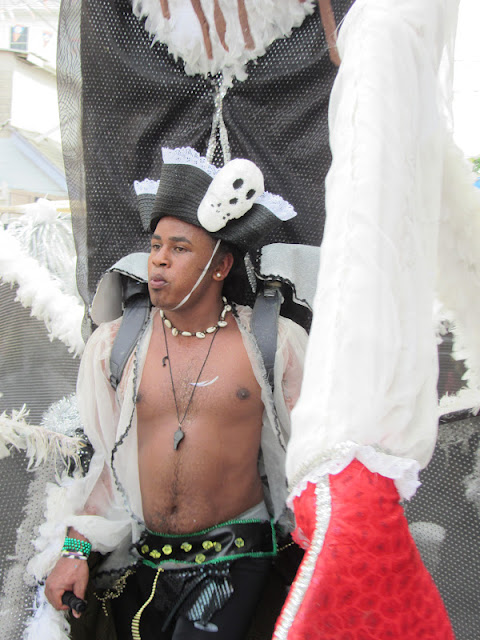 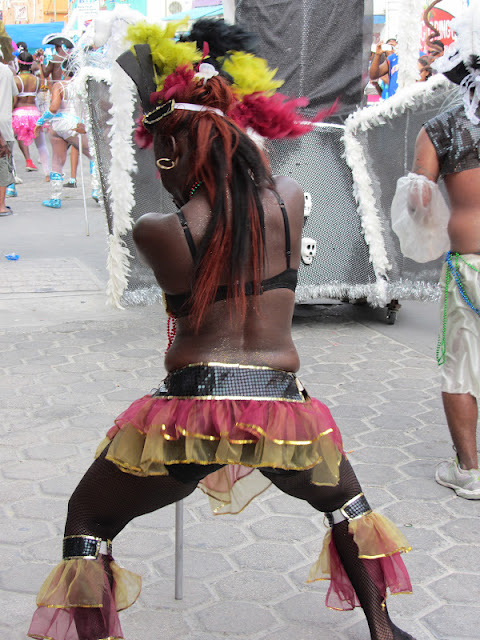 The next float had a little queen… 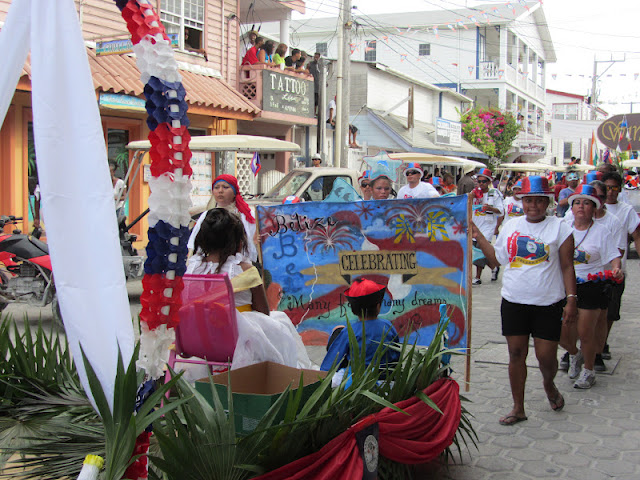 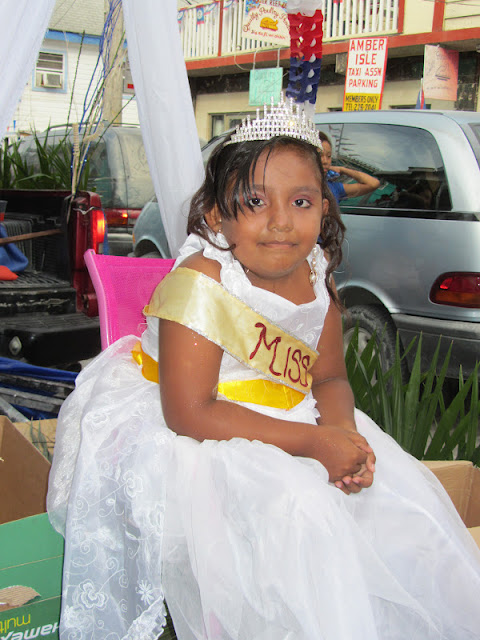 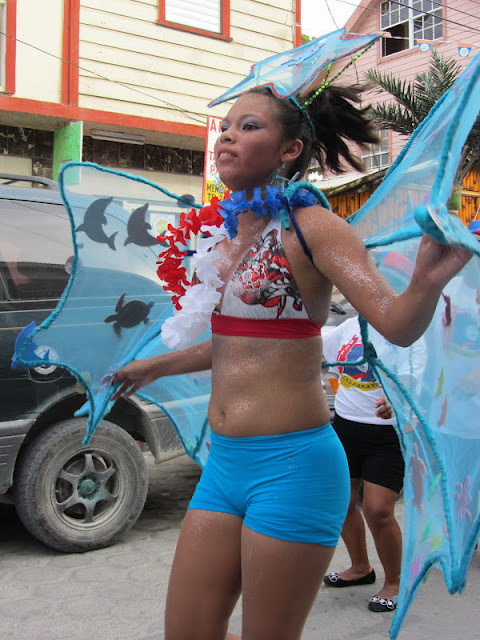 And perhaps the most important guy in the each crew, the cold rum punch supplier… 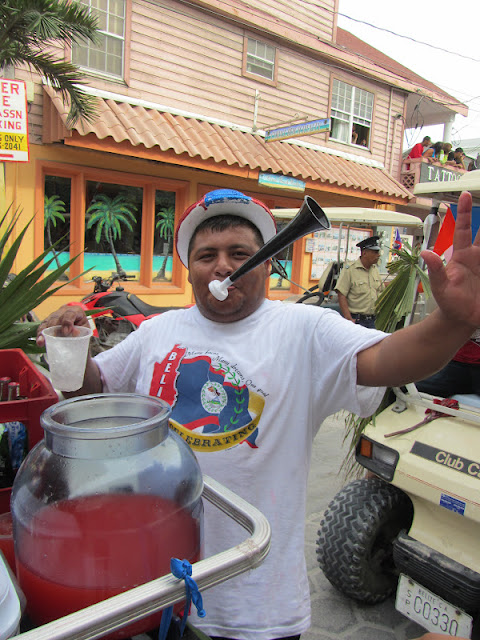 The guy from Wings Store had a strange second pair of legs. 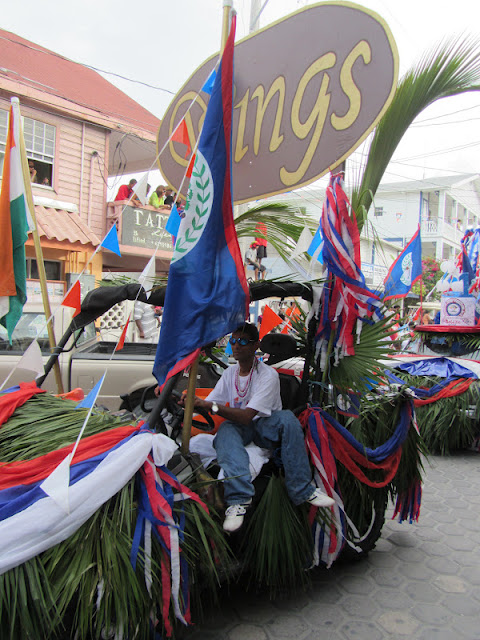 I caught up with him later to get a better look… 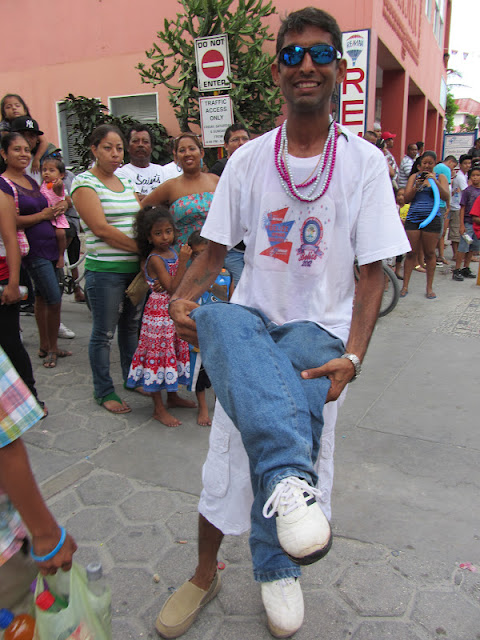 You’d hardly know there was a cart in there… 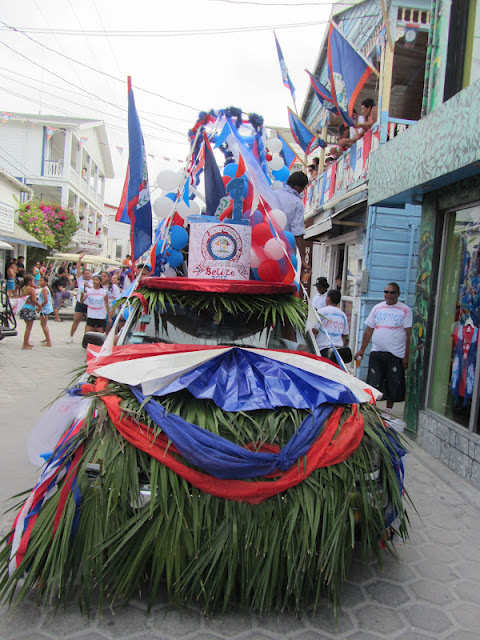 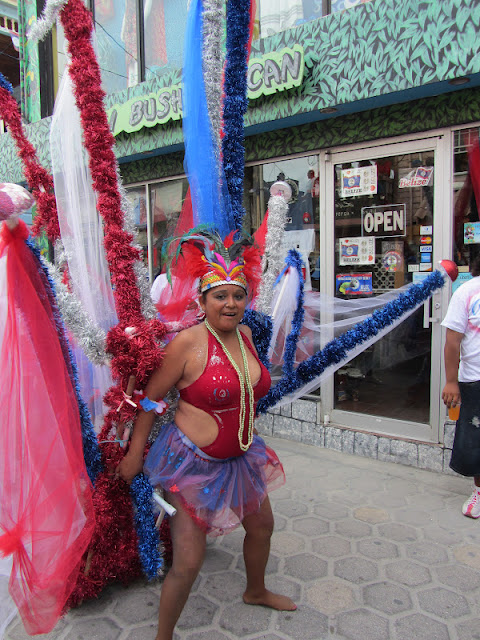 The guy in the purple Tela Tubby costume finally had to lose the head…he was stumbling from the heat and perhaps a few Belikins.  Poor kid. 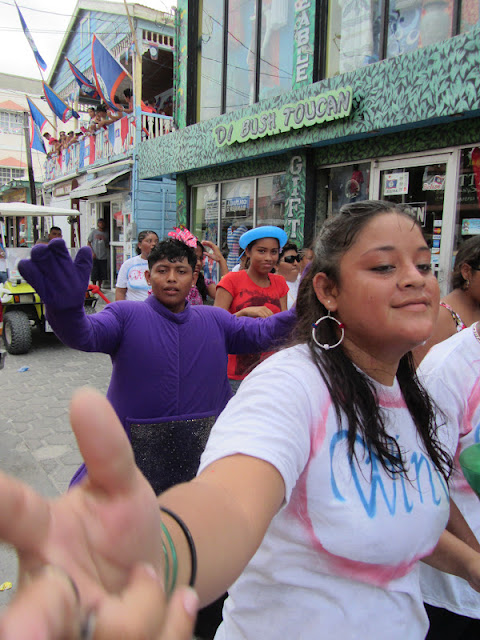 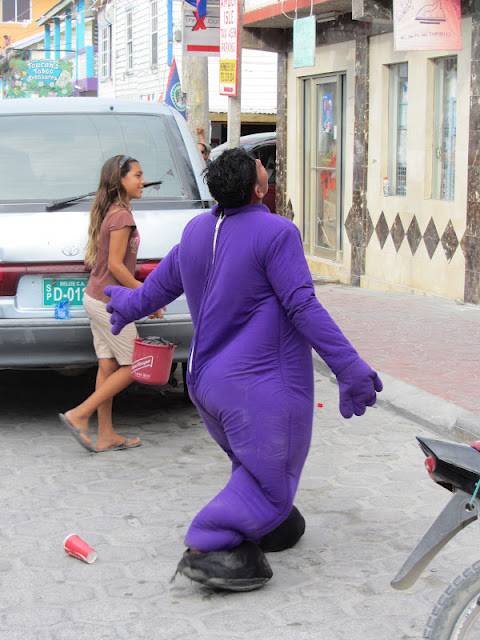 And then my favorites (sorry Island Academy)…ABC Pre-School.  They did a fantastic job. 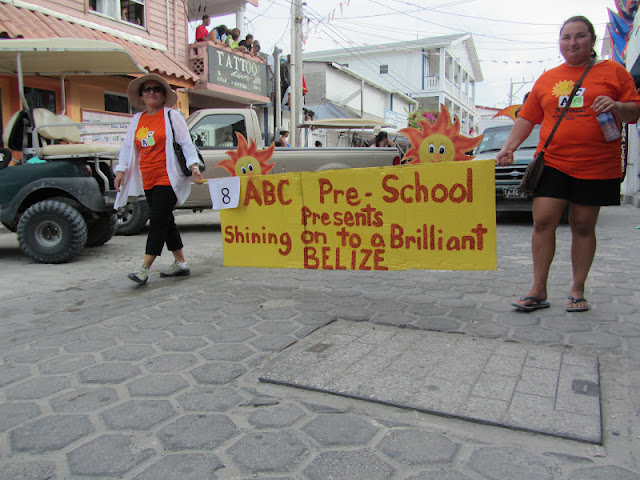 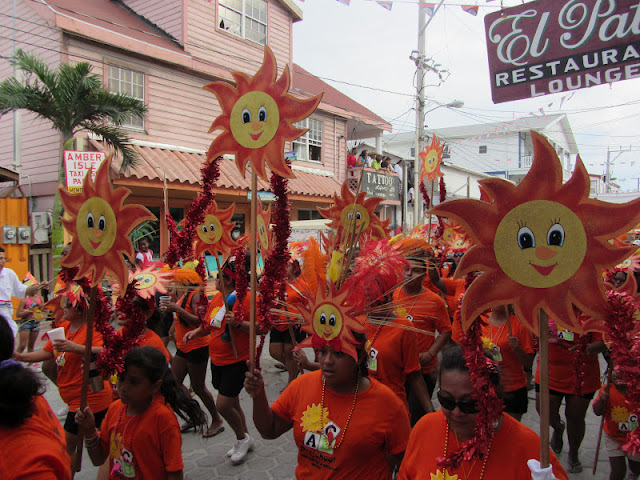 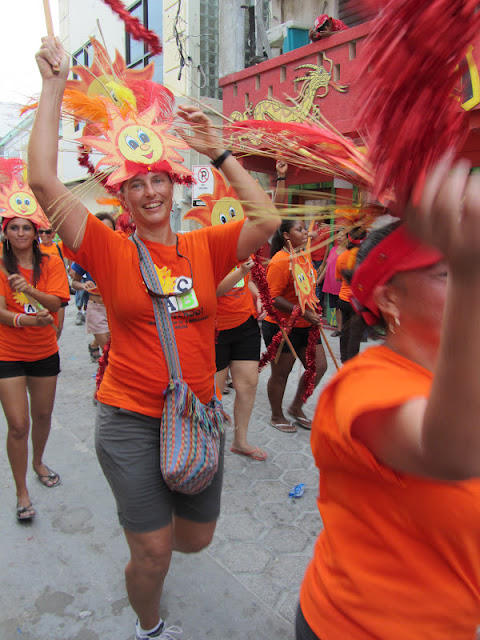 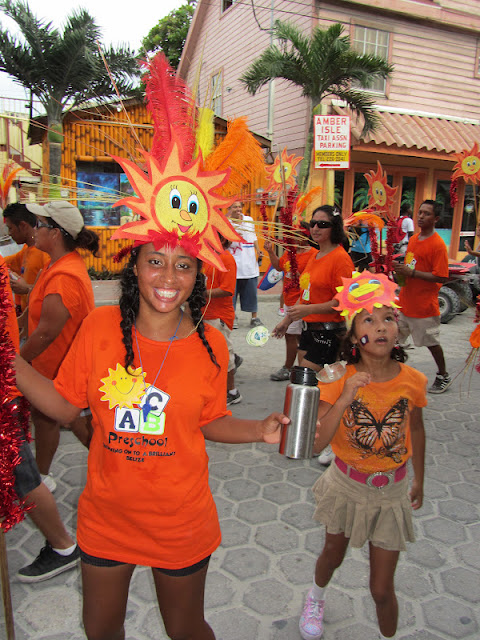 And while her mom parties, the daughter some how naps. 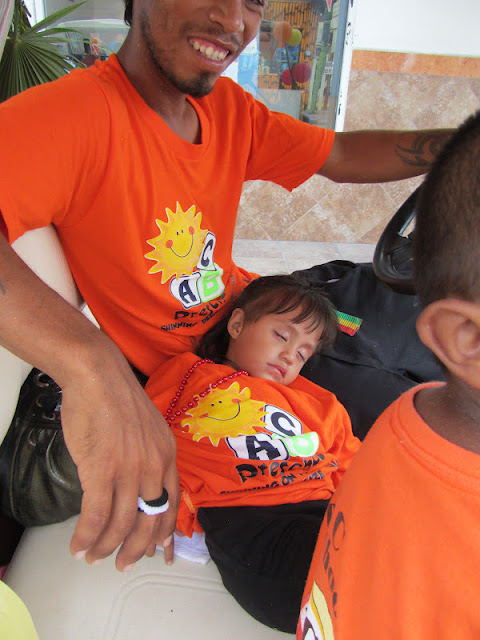 And this costume and the lady wearing it clinched the title for me:  Best In Parade. 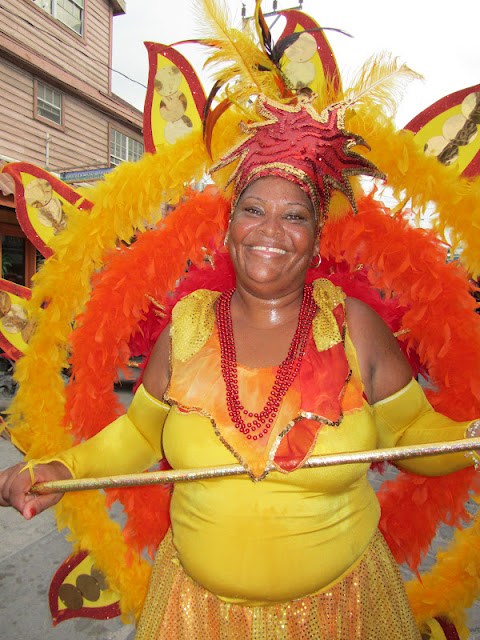 Oh my…the parade isn’t even half finished…but I need to leave you hanging until tomorrow.  TOO MANY PICTURES!   For more, check out my Facebook page. 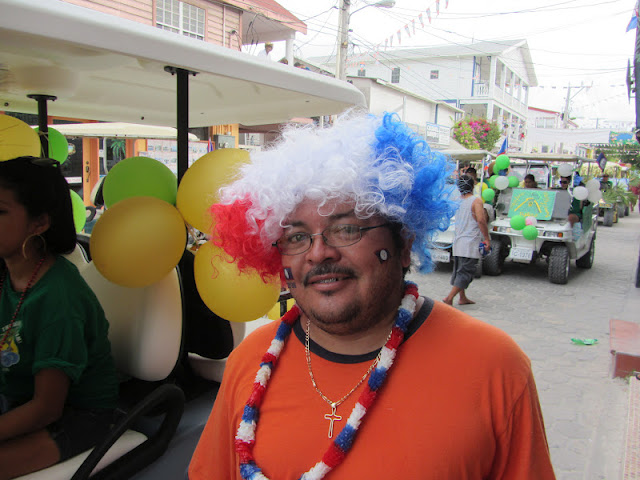 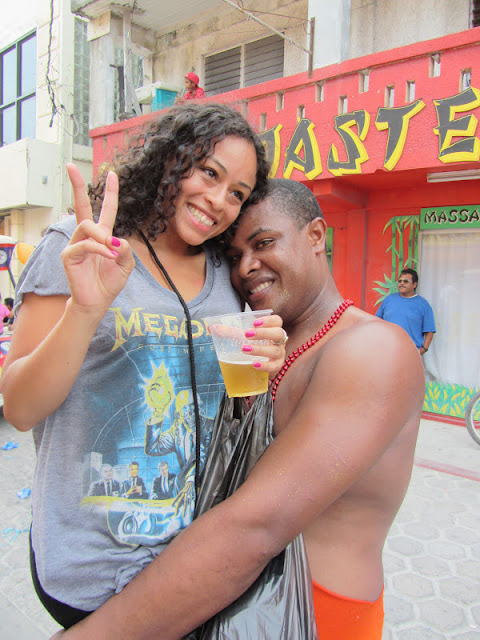