This guest post is by Cindy, one of the owners of Changes In Latitudes Bed & Breakfast in San Pedro.  Thanks Cindy!

When we arrived at Fido’s on Thanksgiving afternoon around 5:40, there were very few people there, but most of the tables were reserved.  I even plead my case that we were âguest bloggingâ for the Scoop, but it didnât pull any weight.  (You might need to work on that…) 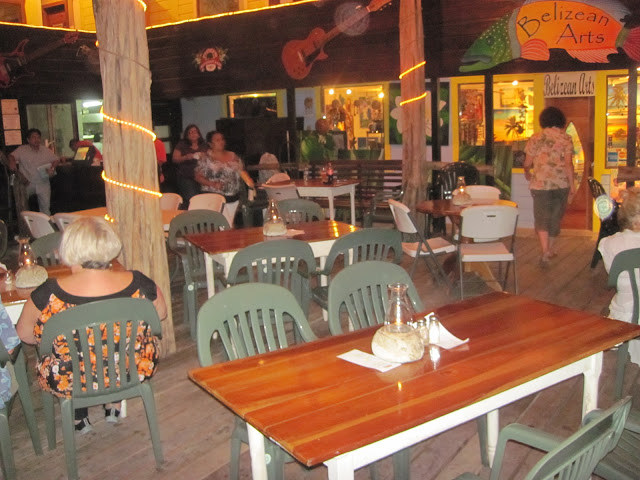 We were starving, so we immediately ordered our turkey dinners.  Part of the reason to arrive early was so they did not run out of turkey!!  Dinner was good, and the turkey was served with mashed potatoes, stuffing, gravy, cranberry jelly and instead of sweet potatoes, candied plantains!  I think there were tongue marks on my plate! 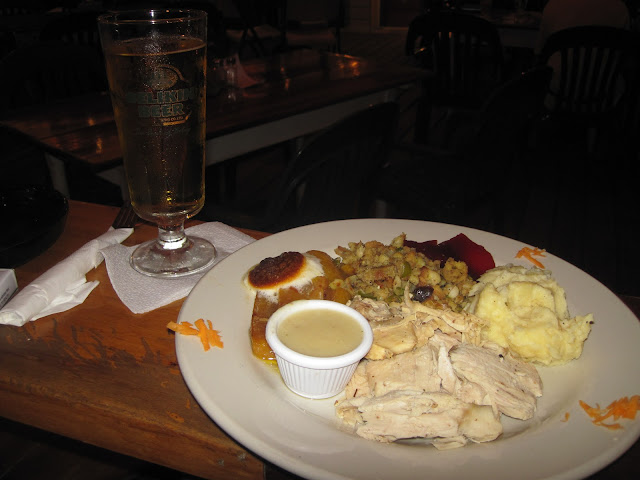 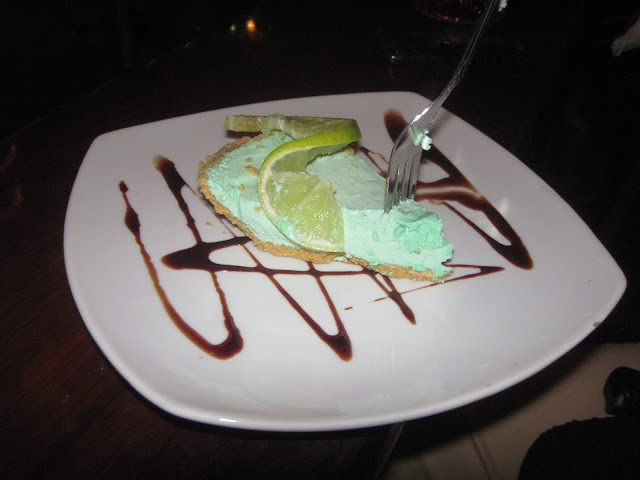 The Kelly McGuire Fan Club rolled in around 6:00, and Kelly arrived shortly thereafter.  They were all decked out, including flashing rings which they all wore.  I remembered these ladies from a trip to see Kelly at Isla Mujeres a few years ago. 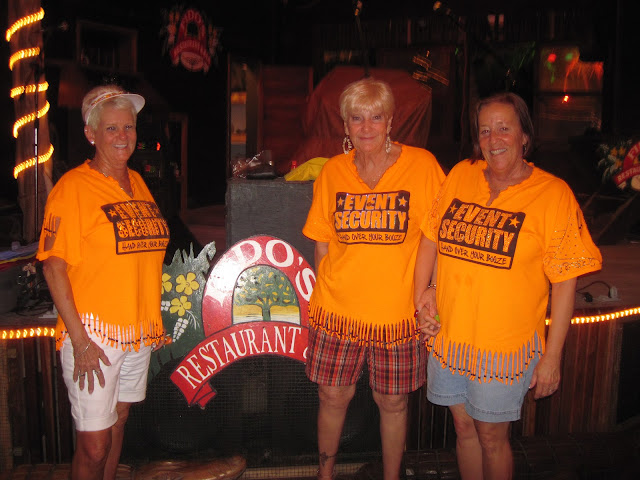 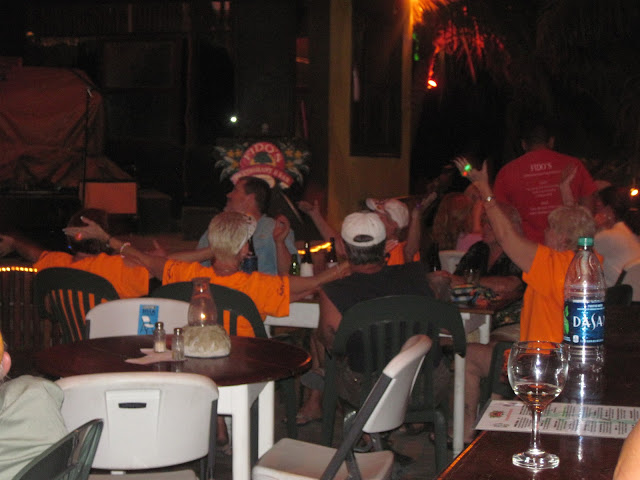 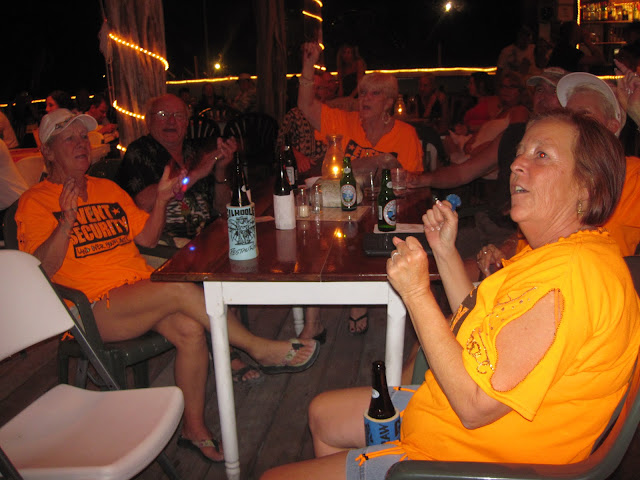 There were several birthdays including Dave, and Ruth from Caribbean Villas, who each got a song from Kelly. 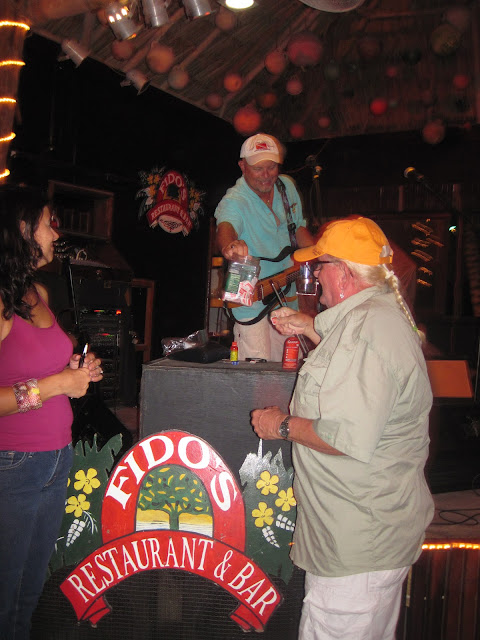 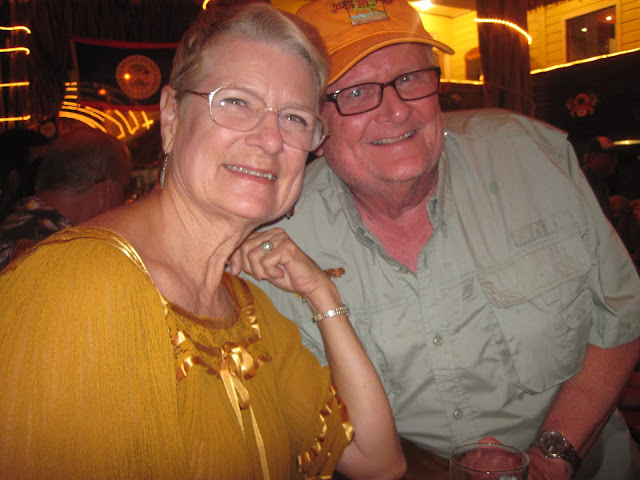 More people started arriving and there were several tables of 10 or more.  Even some guests from Changes in Latitudes showed up. 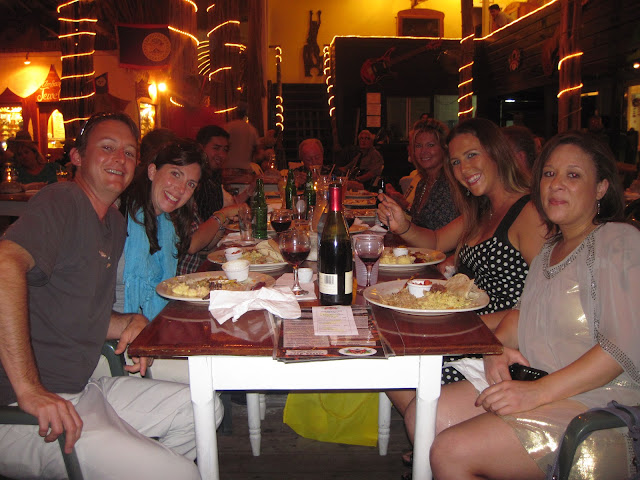 The volunteers from SAGA were selling raffle tickets like hotcakes, and it was hard to get in line for them!  Good sign!! 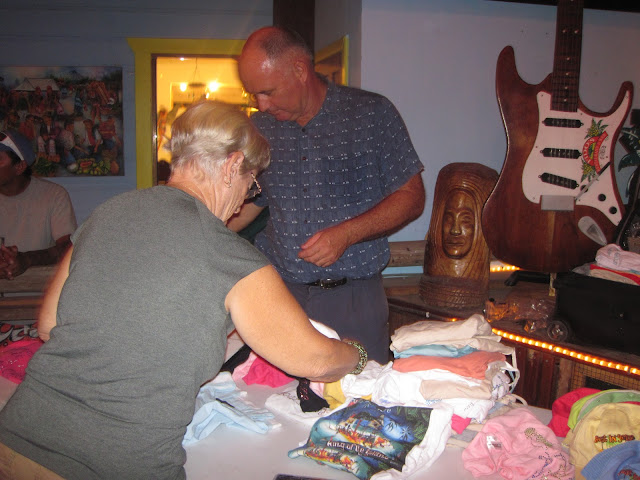 The raffle went really well.  Shay won a sunset sailing trip, and Sheryl won a rod and reel from Captain Sharks.  I was not around for the rest of the raffle drawings, but I understand there were several other prizes given away. 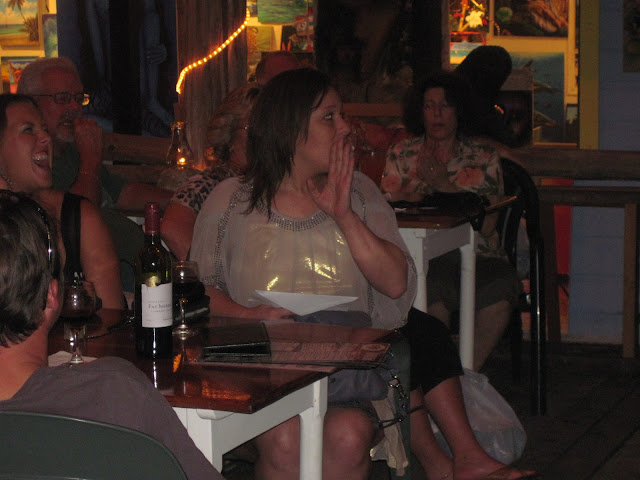 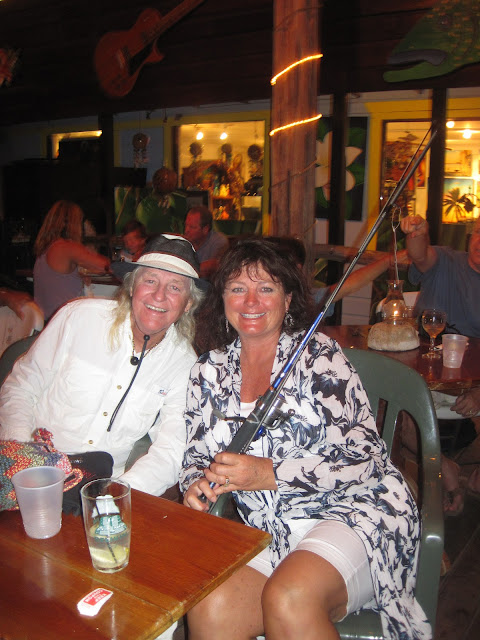 Kelly finally admitted that he had no idea where the name âSAGAâ came from.  So Grant told him.  Saga was the name of the first dog that was treated by the Humane Society here.

Other volunteers manned the Kelly McGuire merchandise table, which stayed busy most of the night. 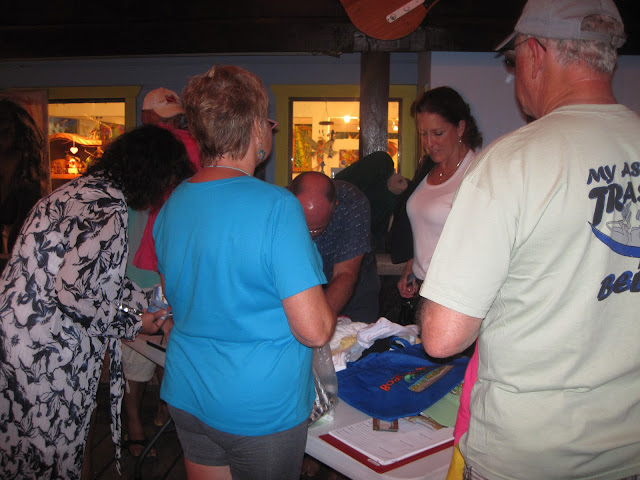 Kelly was gracious enough to sign anything anyone bought.  At one point Kelly auctioned the shirt off his back, along with a Boat in Belize bag full of CDs, t-shirts and other merchandise.  He conducted the auction himself and raised $140 US and one lucky winner went home with all the stuff.  (He offered to give them a clean shirt, but Iâm not sure if the man who won actually got the shirt Kelly was wearing). 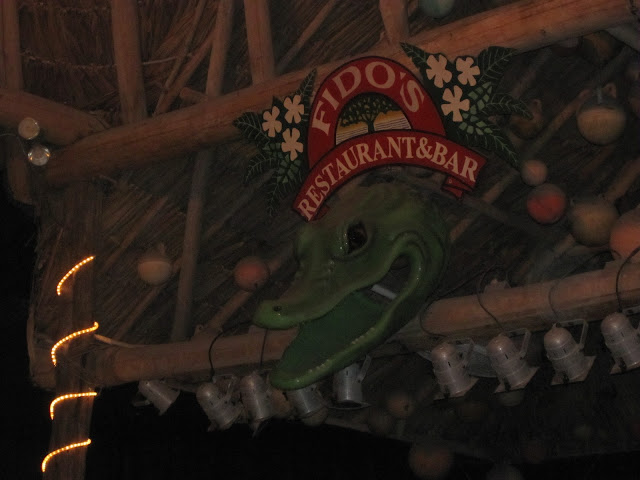 Dancers filled the dance floor and the Fidoâs Tabernacle Choir seemed to know or learn their lines quickly and it was a full blown party down night.  After the second set, with a belly full of turkey and a few Belikins, it was time to go, 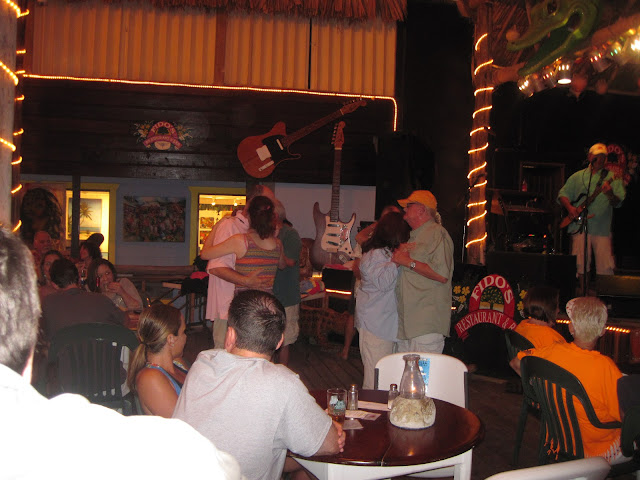 Great Job Kelly, and thanks to both you and Fidoâs for contributing to a very worthy cause!

Thanks again Cindy (aka LemonScoop) and thanks to all of the volunteers at the event…I’m sorry I missed it.  And it sounds like I’m going to need to doctor up some kind of phony press passes for the next event.

For my post about a Kelly concert earlier in the week, click here.  And for another great write-up from Emily, the “official SAGA photographer” on Thanksgiving night, check out her post.

1 thought on “Guest Post: Thanksgiving Really Goes to the Dogs With Kelly McGuire”