Jamie is leaving Belize today after seven weeks…so we decided to use the last day to sail to Caye Caulker with Seaduced.  Definitely a favorite thing to do in San Pedro. 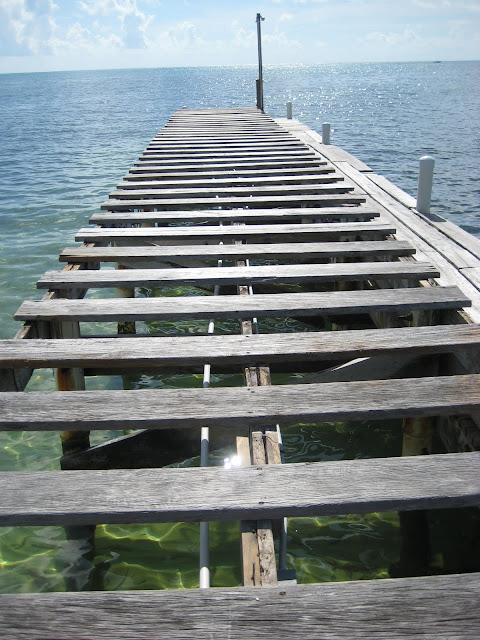 Yesterday was beautiful with very little breeze.  The water was perfectly clear.  Royal Palm, where I stay, had removed every other board in our dock for the last Tropical Storm.  Not needed this time, but last year, when it wasn’t done, this dock was messed up a few times when the water level came up to meet it.

Rain was on the horizon but stayed there. 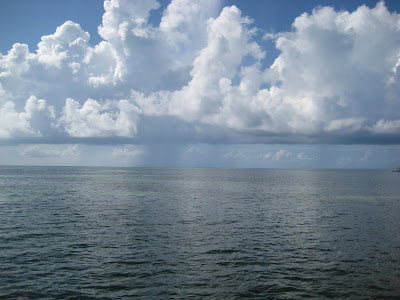 The sail over was great…only four other guests with us.  For snorkeling, the water was like a swimming pool. 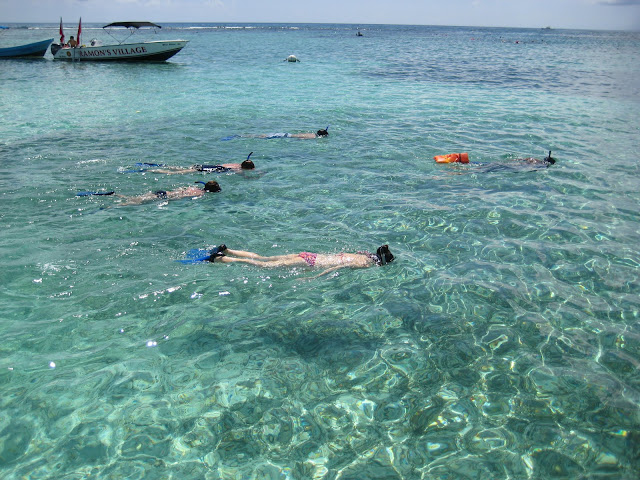 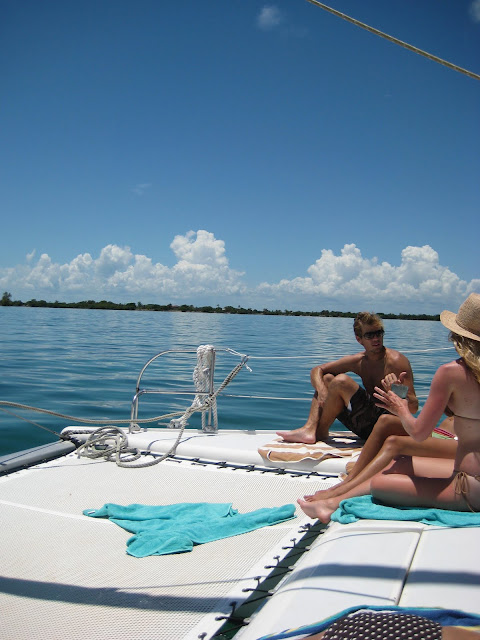 This is maybe our sixth time on this trip this summer…and I’ve photographed most of Caye Caulker.  So after eating the BEST FRIED CHICKEN IN THE WORLD at Syd’s, we headed to the back side of the island.  I’ve never been back there.
The Belikin dock and facilities on Caye Caulker. 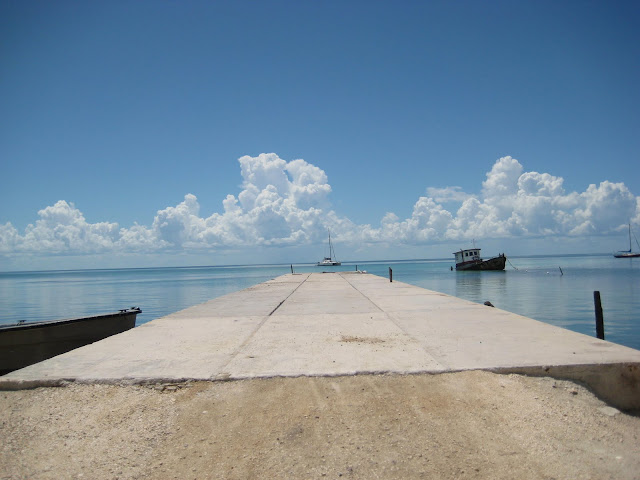 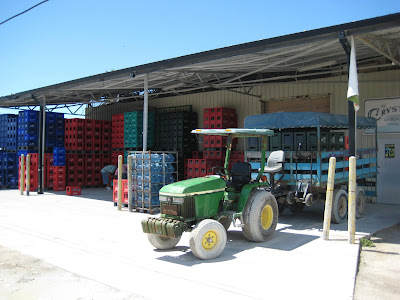 Caye Caulker getting a gas station.  There has been an explosion of golf carts recently.  I think when I first went there about 5 years ago, there were 3 or 4.
Giovanni Marin, who produces many of the signs on San Pedro, is up there painting the new sign. 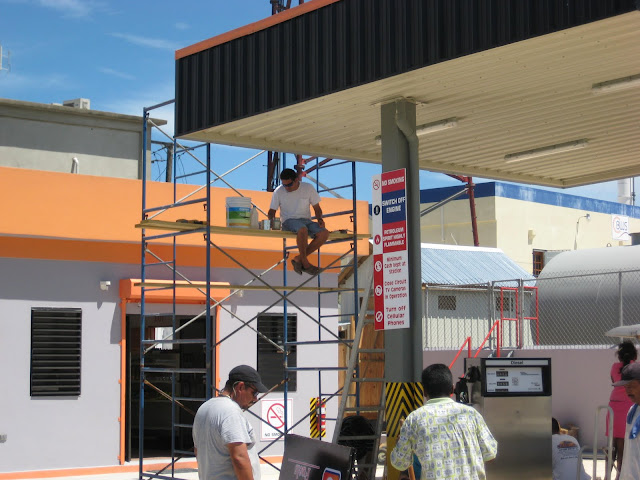 The lagoon side has lots of smaller homes, lobster traps everywhere and some insanely still water yesterday.  It was like a lake. 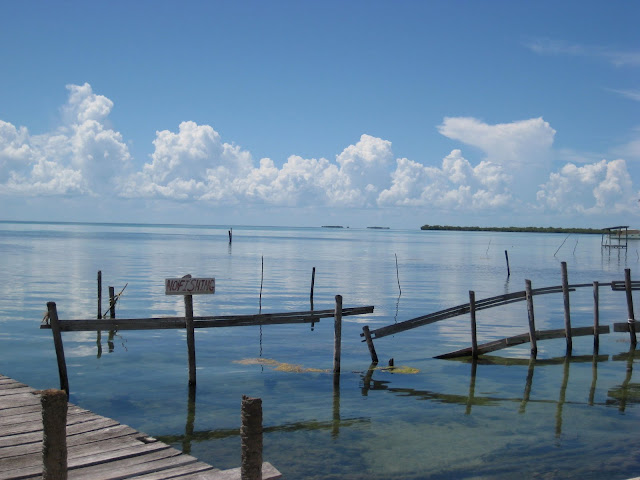 A deluxe looking new hotel on the lagoon side.  This is their little sunning area…the place, the Iguana Reef Inn, looked really nice.  http://www.iguanareefinn.com/ 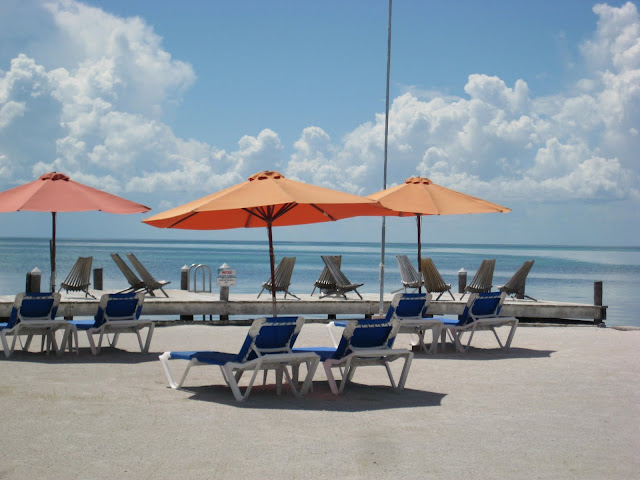 On the way home, the water was so calm that we went outside the reef.  About half an hour into the trip, Manuel, our captain, saw the water up ahead churning like it was boiling…we headed straight for it and fishing mania began.  Both reels were going crazy…tuna, mackerel…we must have caught five or six until we steered into the next “boiling” area. 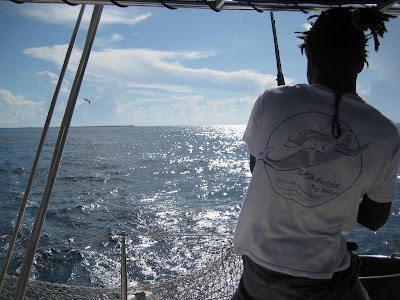 All the guys seemed to really enjoy wearing this ridiculous belt. 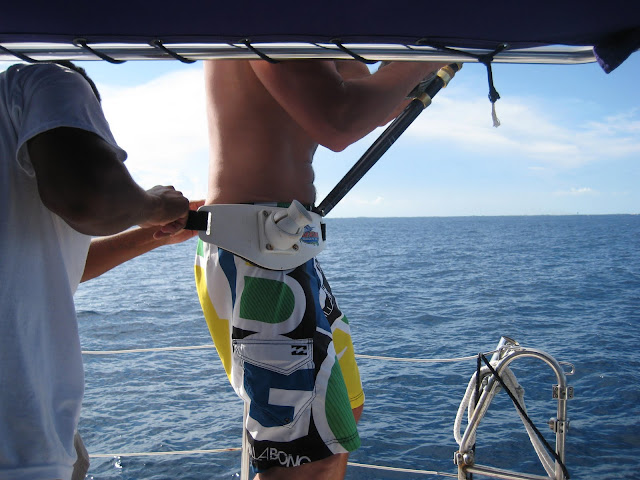 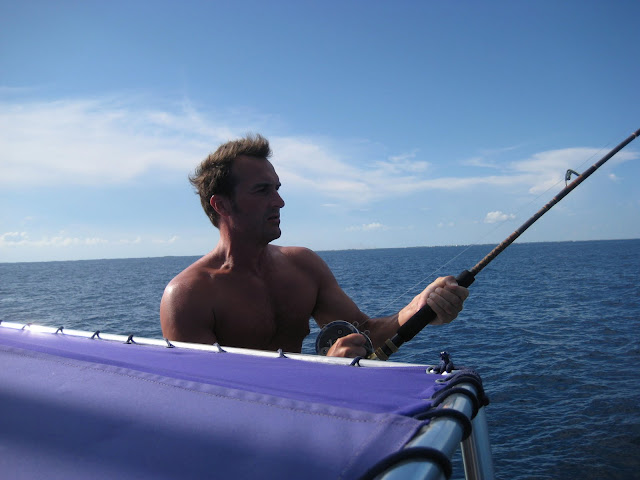 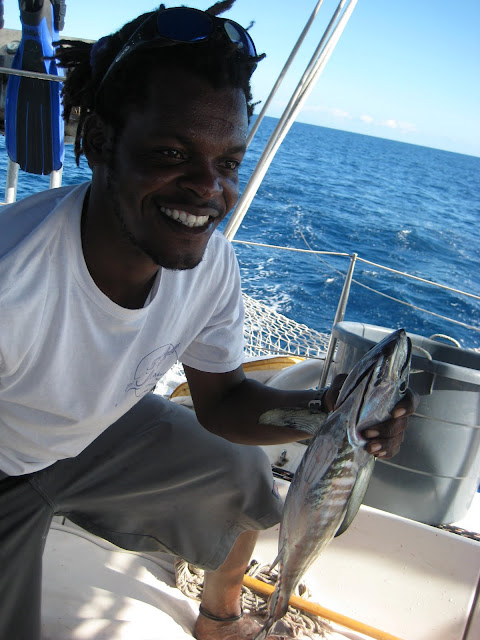 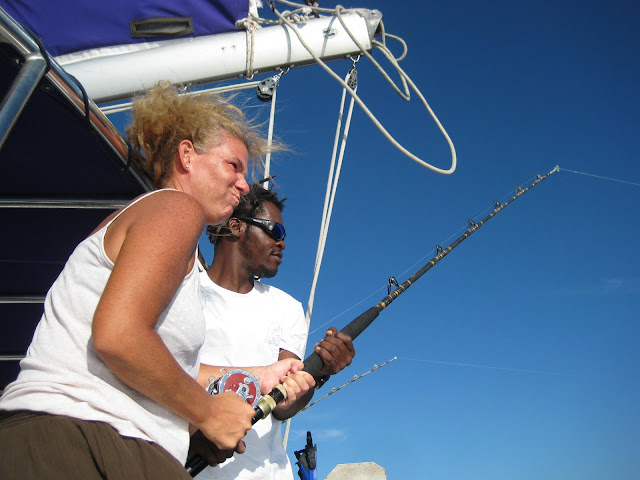 This fishing spot had birds diving into the water, little fish flying up and SHARKS appearing above the surface.  More fishing mania until Leon hooked something that took almost all of the line.  The crew assumed a bullshark.  BULLSHARK! 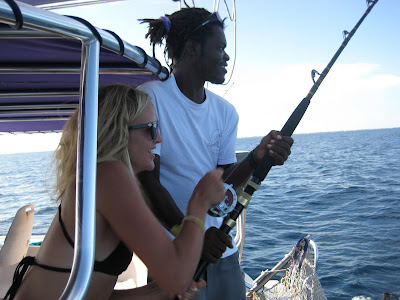 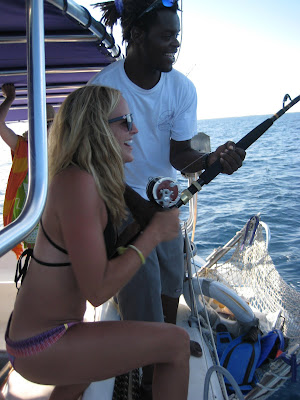 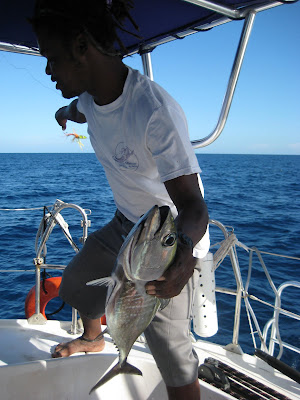 After a few minutes of fighting, the shark let go.  Jamie was shocked…and all of us with cameras, a bit disappointed.  But we did catch about 12 good size fish in the end. 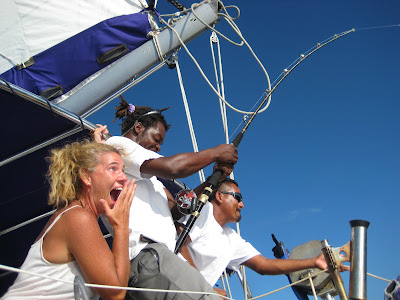 Every single person on the boat went home giddy (including Leon and Manuel) with stories of reeling in big fish and almost seeing a bullshark.  We couldn’t have been happier.  This is not the usual trip to Caye Caulker. 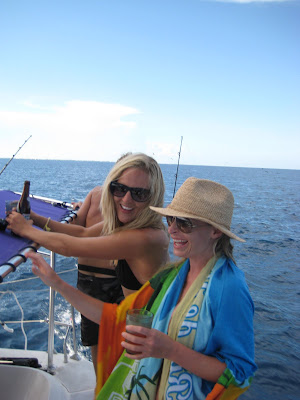 Everyone say goodbye to my BFF, Jamie.  She has been a great addition to the Scoop all summer and I’m gonna miss her.