Yesterday was a bit of a lazy day (for me), I relaxed on the family Lazy Boy and whiled away hours enjoying the quick internet speed of Panama (it has to be 10x that of my connection in Belize).  Cesar and Danni spent much of the day cleaning their “casa para un ano” (also known as their truck) and Cesar’s dad did the heavy labor…disassembling the old outdoor brick fire oven.

We had a hankering for fish tacos later than evening so Danni and I headed to the beach first thing in the morning (it was really our only outing).  The area fishermen all pull up in a town about 20 minutes away called San Carlos. 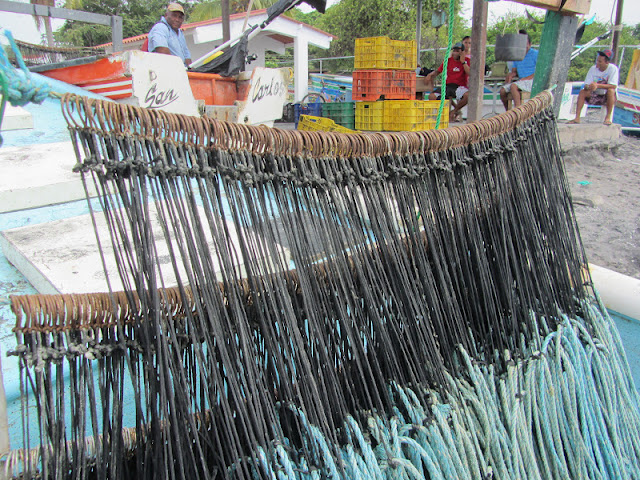 It’s a relatively small, quaint town with some government offices..it’s the local county seat.  San Carlos is a mix of old-school and brand new that I am starting to get used to in Panama.  Across the street from a JET BLACK gold flecked beach and the area where the fishing boats pull in is a large tract of land being cleared for a new development high rise called Fontanella de Mar.  According to its website it is inspired by “new urbanism”…ugh.  I guess the fishermen are going to need to relocate.

You can see the cleared land as Danni collects her fish heads to make a soup later that evening. 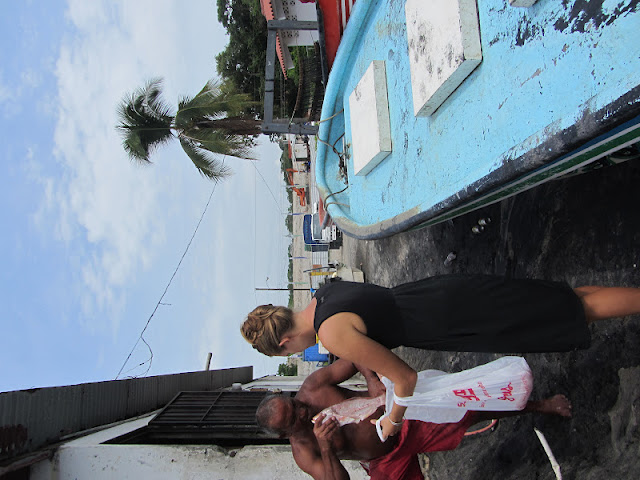 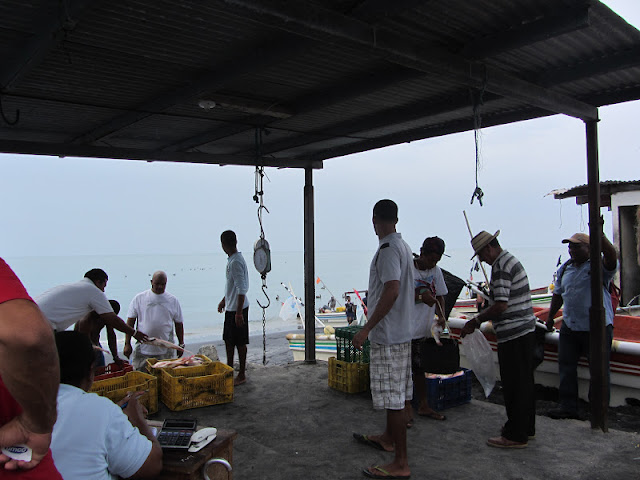 And of the boats and the black, black beach… 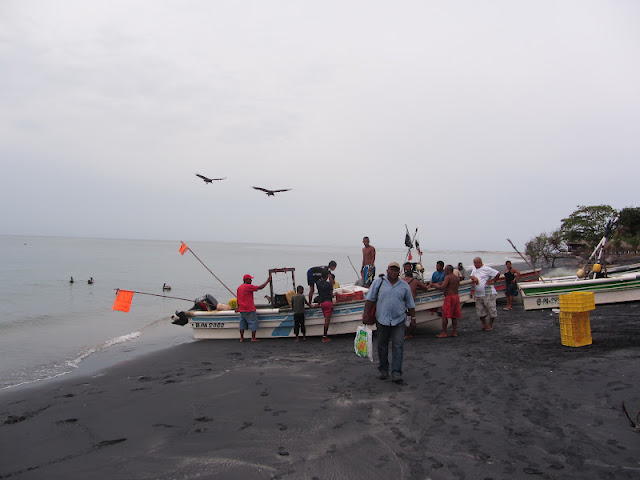 And of some black vultures waiting for scraps… 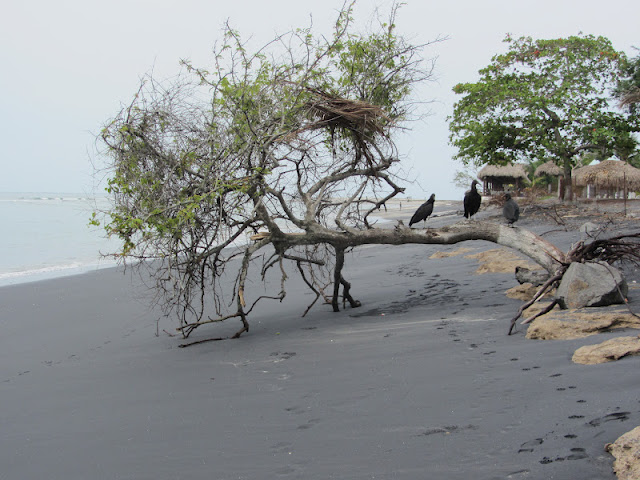 Each of the 6 or 7 boats had a serious display of hooks and a good sized catch…almost all Red Snapper. 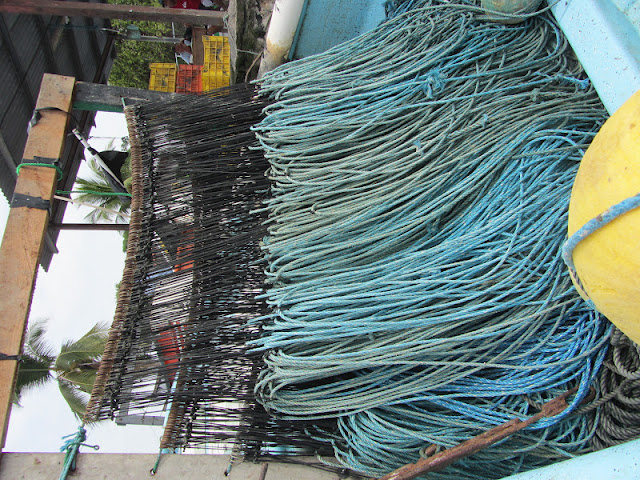 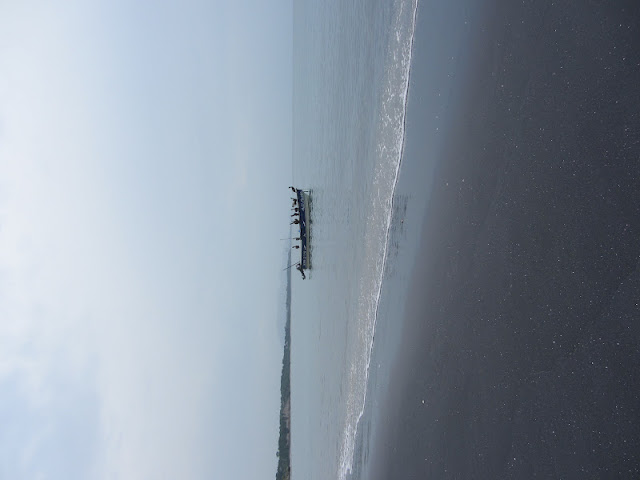 Fish cost $2.25 USD per pound.  It is hard to say whether we got the gringa price or not…the two of us did stand out like sore thumbs.  But everyone there was quite friendly.

The fisherman who filleted our red snapper had a little buddy.  In fact, this cat was not so little… 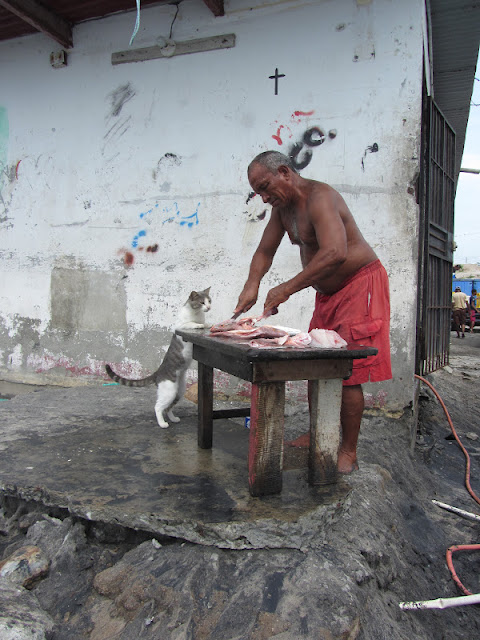 gorging himself on the scraps… 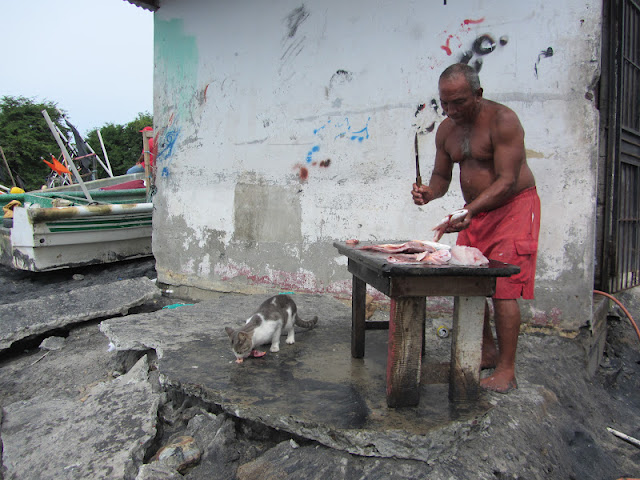 Totally cute to me.  And the mascot of the fishermen…they actually shooed away the dogs so the cat could eat unmolested.

We took a quick ride through the neighboring town of El Palmar.  Much smaller and cuter…just a smattering of houses, small hotels and a surf camp. 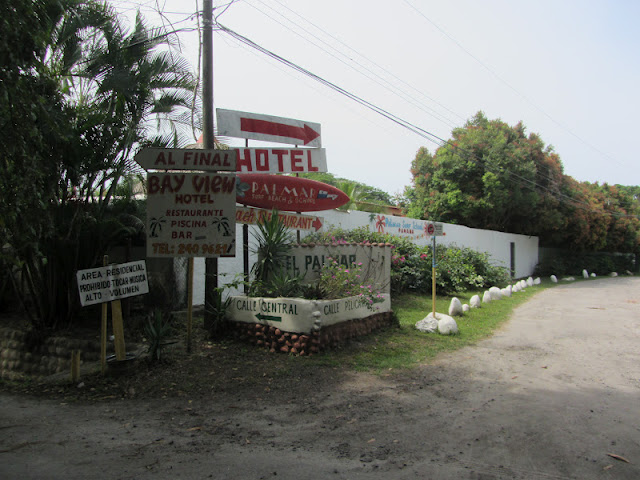 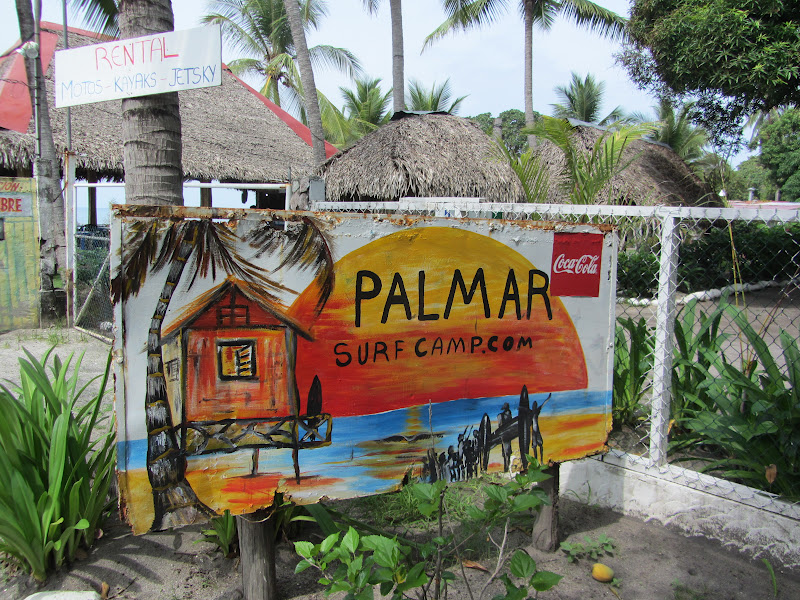 And a very nice beach with lots of surfers. 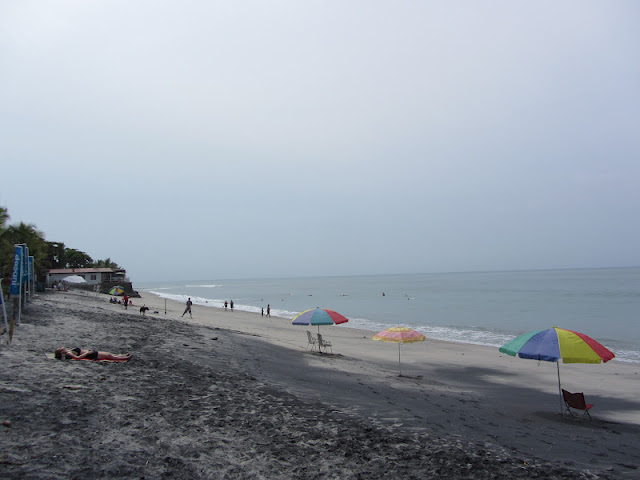 The community of Playa Coronado (our home base and the biggest development in the area) is all land (1500 acres) originally purchased in the 1940s by a man named Gustavo Eisenmann.  Today, there is a beach club, 5500 homeowners, an equestrian center, a golf course, condominium towers…very good investment Gustavo.  The area is still run by his family members.

There is a wall at the entrance dedicated to Eugene Eisenmann (I can’t figure out how Gustavo is related to Eugene and it is making me crazy…uncle?  distant cousin?)  With a little research I found that he was first world renowned Panamanian ornithologist, a Harvard graduate, a lawyer in NYC and great lover of birds…he visited his home country annually to study them.  It’s an interesting mural. 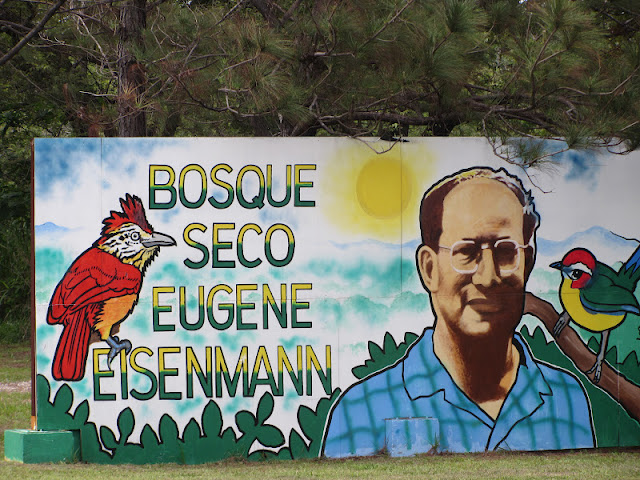 One more pic of El Gato…love this guy.  You don’t mind a few cat hairs on your fillets, do you?  I didn’t think so. 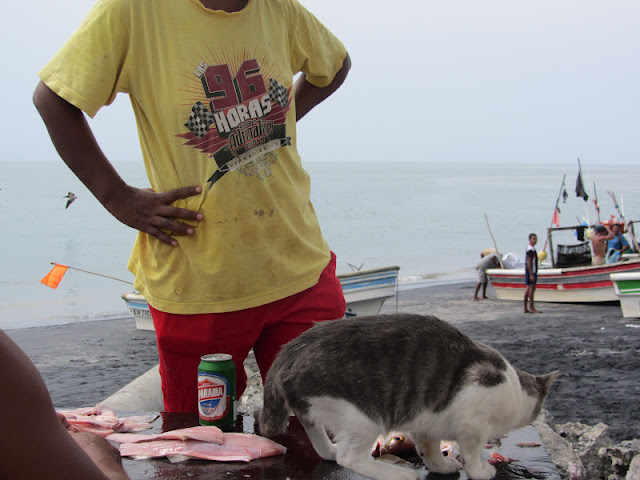 We are off to Panama City tomorrow..certainly much more to report back then.  Hasta manana!

2 thoughts on “Checking out a Bit of the Coast Line in Panama: Coronado, San Carlos and El Palmar……”